Mozambique to kick out journalist reporting on Cabo Del...

Mozambique to kick out journalist reporting on Cabo Delgado insurgency 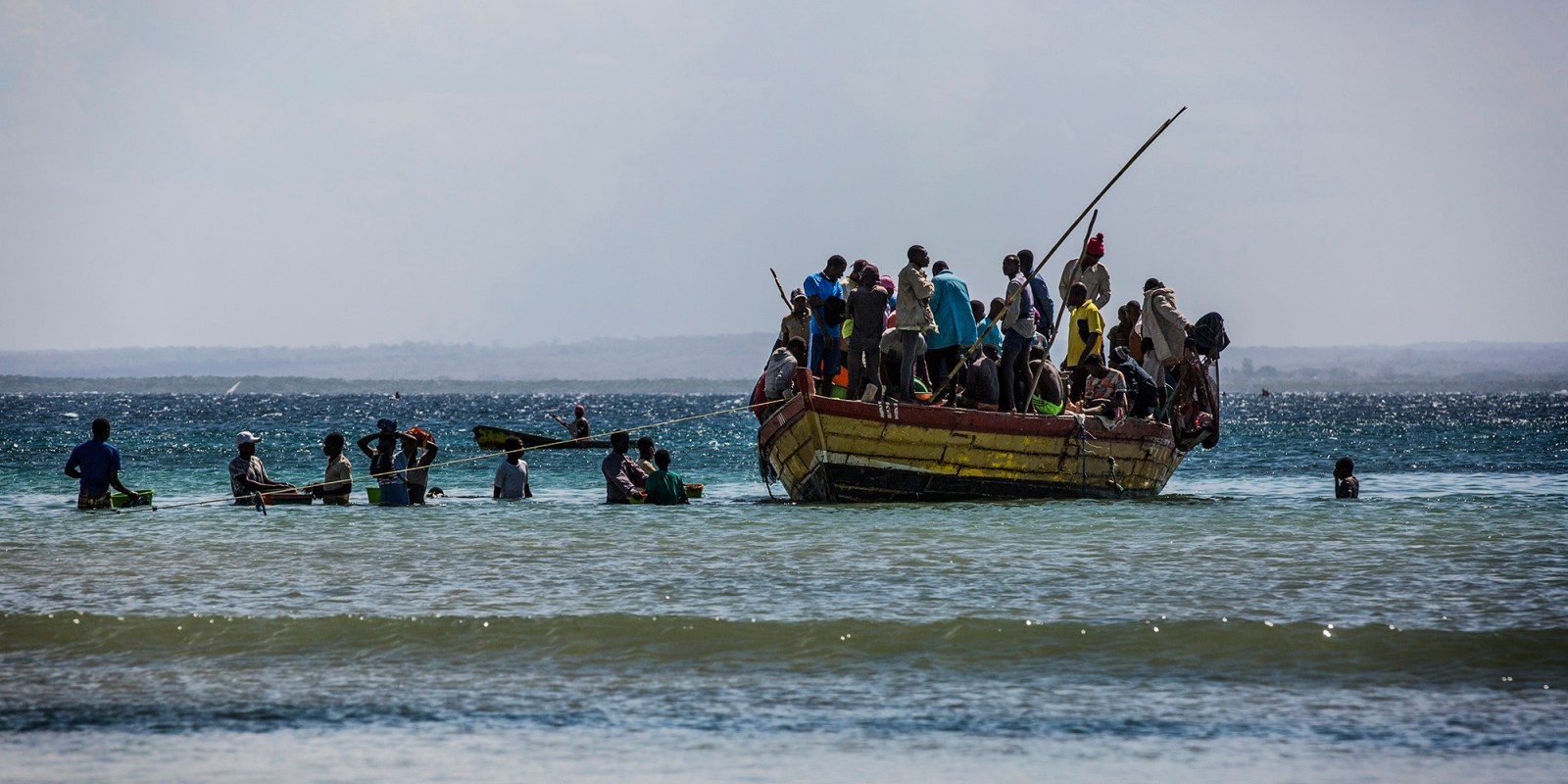 Passengers and cargo board a boat from a fishermen's beach that has become one of the main arrival points for displaced persons fleeing from armed violence raging in the province of Cabo Delgado, in the Paquitequete district of Pemba, northern Mozambique, 21 July 2020. The Cabo Delgado insurgency has increasingly developed a maritime component, with the potential for future maritime terrorism or piracy. (Photo: EPA-EFE/RICARDO FRANCO)

Bowker has been covering the Islamist insurgency in the far north of the country.

Journalist and editor Tom Bowker, one of the most important sources of reliable news from the conflict in northern Mozambique, was to be deported from the country on Saturday.

It seems the Mozambique authorities want him out because of his comprehensive reporting on the Islamist insurgency in the country’s northernmost province Cabo Delgado.

As founder and editor of the respected Zitamar newsletter, which is a partner in the bulletin Cabo Ligado, Bowker’s journalism has often reflected the Mozambique government’s failure to counter the insurgency.

The insurgents have become ever more deeply entrenched in Cabo Delgado and have occupied the important port town of Mocimboa da Praia since early August last year.

Joseph Hanlon, veteran chronicler of the Mozambique scene, disclosed Bowker’s imminent expulsion in his own newsletter this week.

He said Bowker, a British citizen, who has been a journalist in Mozambique for seven years, had been ordered to leave the country by Saturday. “The expulsion is entirely unofficial – there is nothing in writing,” he added. Daily Maverick was able to confirm Bowker’s expulsion independently and reliably. .

“Bowker was called into the Migration Services with his lawyer on Monday (25 Jan) and told verbally that he had to leave by Saturday, based on a complaint from Gabinfo, the government information office,” Hanlon wrote.

Hanlon noted that Zitamar was registered in the UK and that Bowker had provided details of the UK company registration to the Mozambique authorities to prove the company does exist.

“In December, Egidio Vaz, a social media blogger who lauds President Filipe Nyusi, called for Bowker’s expulsion because of his reporting of the Cabo Delgado war. But this is apparently the first expulsion of a foreign journalist in more than 30 years.”

Hanlon said the real reason for Bowker’s expulsion was not clear since the Mozambique government had provided no explanation. But he speculated that it was because “Zitamar has been one of best and most accurate reporters on the war in Cabo Delgado.

Acled is the Armed Conflict Location & Event Data Project which published comprehensive data and analysis of conflicts around the world. It is highly regarded by researchers and others for its objectivity.

Angela Quintal, Africa director at the Committee to Protect Journalists in New York, said Maputo’s move was “another sign that the press is far from free in Mozambique, especially when it comes to reporting about Cabo Delgado or on matters that the government wants its citizens to remain in the dark about.

“Tom’s case is the latest example of how journalists in Mozambique are being targeted by the government of President Filipe Nyusi. We hope sense will prevail and the government will back off from censoring the press.”

Quintal also observed that the action against Bowker was ironic in the light of President Ramaphosa’s remarks on Friday at the launch of the Digital Platform for Safety of Journalists in Africa. Speaking in his capacity as chairperson of the African Union, Ramaphosa said; “The media has a crucial role to play in the historic and continent-wide movement by Africans to build a continent of their dreams.

“Our march towards the achievement of the aspirations of Agenda 2063 – of the Africa we want – requires that we nurture and protect a free and independent media.

“It requires that we vigorously defend the right of journalists to do their work, to write, to publish and to broadcast what they like, even if we disagree with some or all of it.

“The Digital Platform for the Safety of Journalists in Africa is an important tool in promoting the safety of journalists and other media workers across Africa.

“We look to this digital platform to contribute to an enabling environment for the media to operate in AU member states through respect for the rights of journalists and media workers and an end to impunity for crimes against journalists.

“We urge all Africans, all institutions, and all heads of state and leaders of government to support this historic project.

“Fifty years from now, when Africa celebrates the achievements of Agenda 2063, we will look back with pride at this moment, and at the role that the Digital Platform for the Safety of Journalists will have played to end the harassment, detention and even murder of journalists.” DM