A novel take on lockdown ads – the agency that advertises advertising 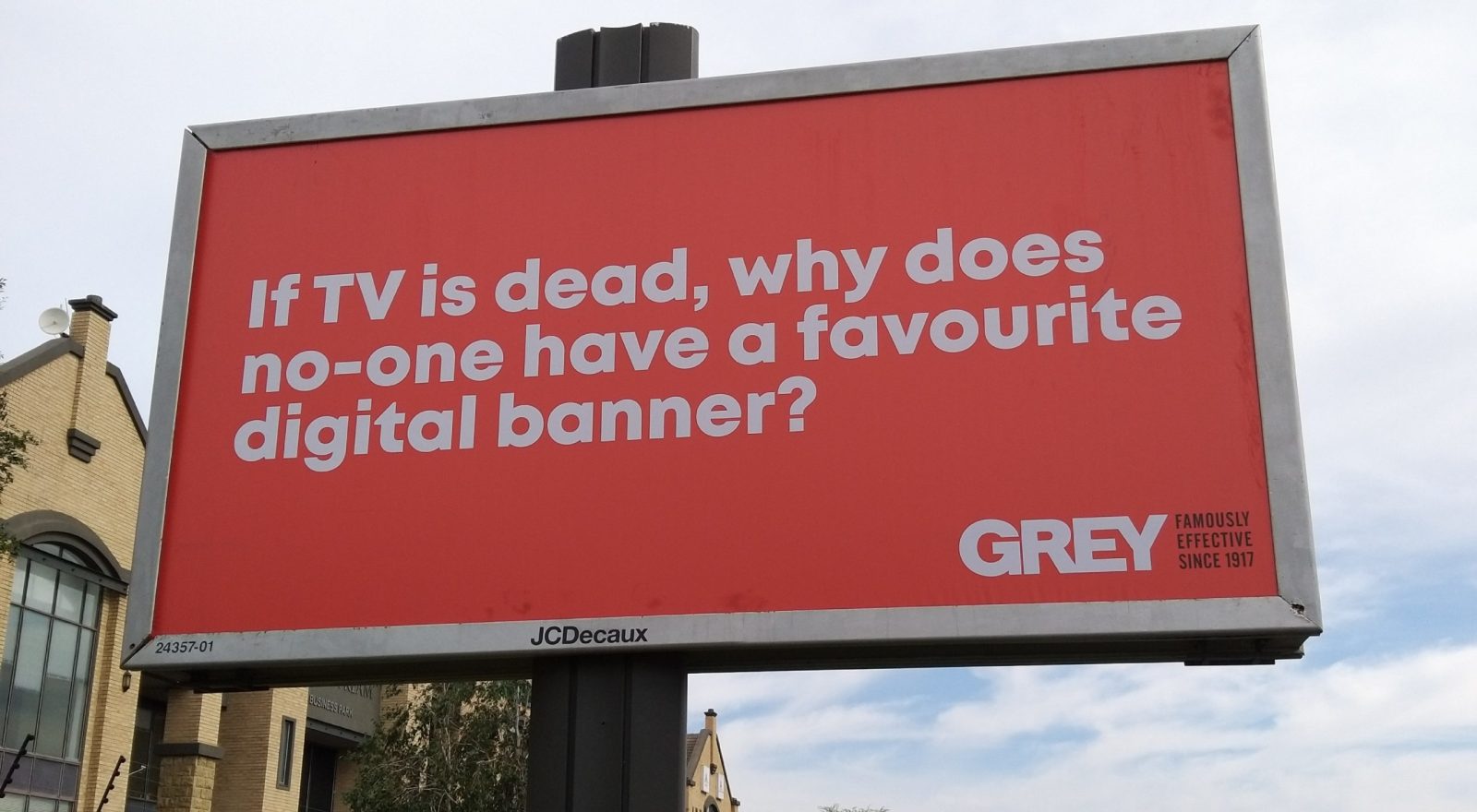 At the beginning of the Covid-19 lockdown in South Africa, the future looked bleak for the advertising industry. So one of SA’s major advertising houses, Grey, did an odd thing: it advertised advertising. And itself.

Grey’s campaign was aimed at trying to forestall the decision by major advertisers to slash their marketing budgets in the face of the lockdown. Grey believed downturns are not necessarily the right time to cut marketing across the board.

The campaign rolled over billboards across Jo’burg during 2020. It was cheeky and fun. Grey placed the billboards close to the buildings of its competitors, sometimes even in or near the parking lots of its competitors. One of the adverts says: “Advertising that makes sense, even to a CFO.” Eina.

Of course, advertising agencies will always encourage potential advertisers to advertise. It’s built into the business. But there is also a huge body of academic research that shows, or at least purports to show, that downturns are actually a good time to advertise.

“There is a lot of truth in that,” says Jackson. “But in this case we thought that if we are suggesting clients should spend more, maybe we need to put our money on the table too.” The aim was to create awareness of the need to keep spending going. The campaign started as an outdoor campaign, but is starting to go digital, and into print. “It’s turning into an evergreen campaign.”

The big question is: did it work?

Jackson says this is a tough question to answer. Usually, the advertising industry is linked to the state of the economy: when the economy is doing well, ad agencies do very well, and when the economy does badly, agencies do very badly. It’s precisely this volatility the campaign is designed to combat. But, in this case, the Covid-19 lockdown was such an unusual event, the outcomes were and remain unpredictable.

At the start of the first lockdown, many advertisers panicked. “Clients immediately turned the taps off,” Jackson says. The ad industry was in a state of high anxiety too. But, by the end of the year, the industry managed to claw back much of the loss experienced in the first two quarters.

Most of the decline was focused on the second and third quarters. Agencies scrambled to try to understand the change in consumer and media spending habits.

As the lockdowns eased, consumer spending returned – much faster than anyone could have anticipated. A 5.8% decline in a year like 2020 really constitutes a big win for the industry.

As the mist lifted, two things became clear, which seem pretty obvious in hindsight: a move into the home space, and a fundamental shift to digital. This trend to digital was heavily under way anyway, but suddenly it accelerated. And with those changes, new types of advertising and different skill sets are becoming more valuable.

“There are now so many more channels to orchestrate,” says Jackson. “Normally advertising agencies deliver their adverts and, apart from feedback and monitoring, their job is done. But, in digital, when the campaign hits, you better be ready to rock and roll because your job is only starting.”

The same could be said of advertising during a pandemic. DM168