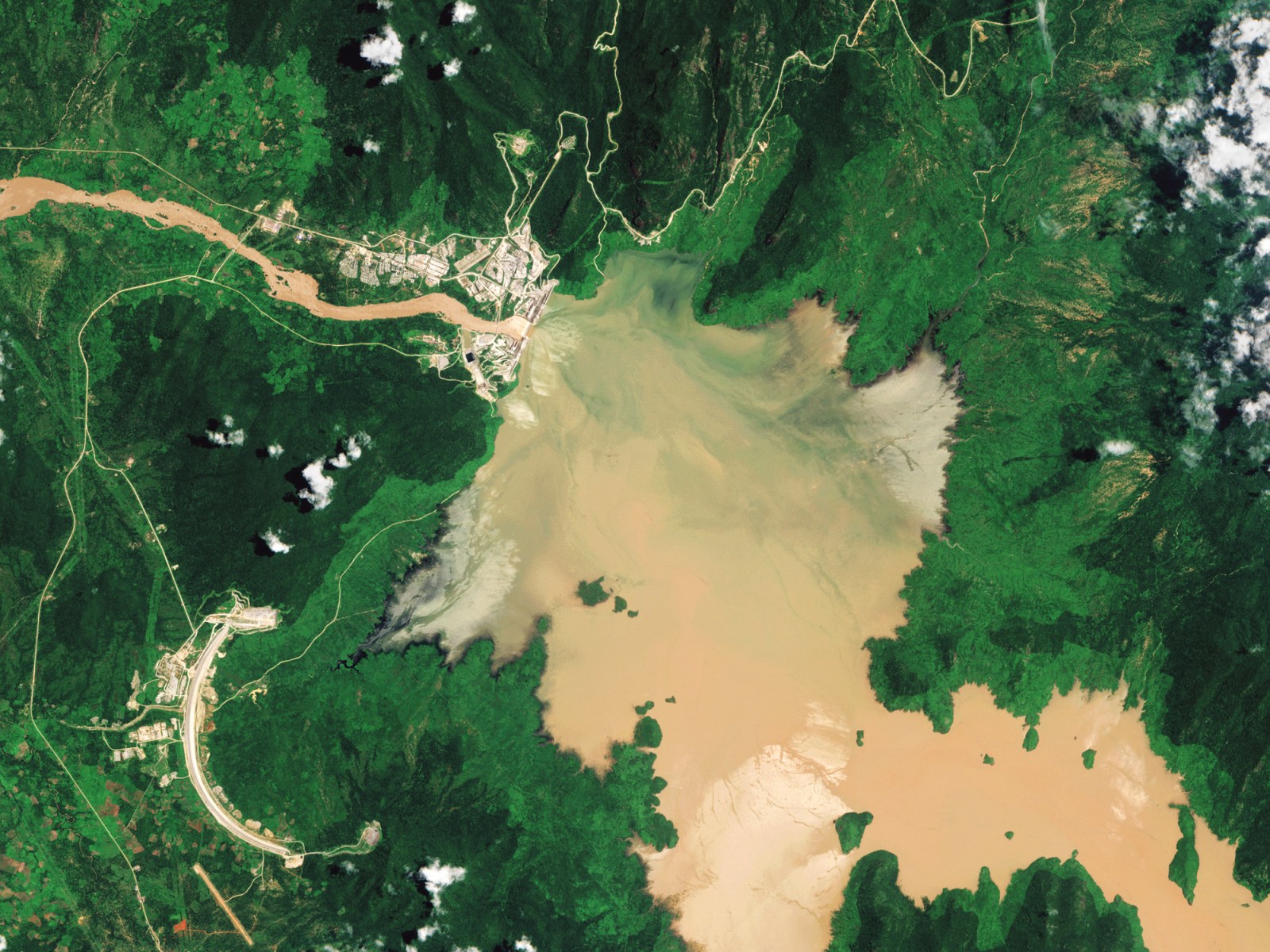 Can SA help to defuse the tensions growing over Ethiopia’s giant project on the Nile? Egypt fears it will cut water flow, on which it depends. But Sudan and Ethiopia need the power. The clock is ticking.

South Africa has been quietly but urgently trying to defuse what many fear is a ticking time bomb: the bitter dispute between Ethiopia, Egypt and Sudan over the giant GERD dam that Ethiopia is building on the Blue Nile.

Egypt says GERD – the Grand Ethiopian Renaissance Dam – presents it with an existential threat because it will significantly reduce the flow of the Nile, on which it depends for almost all of its water.

Ethiopia, meanwhile, insists that it needs the vast reservoir, which will eventually hold some 74 billion cubic metres of Nile water, to drive about 6,000 MW of hydroelectric power, which it badly needs for the development of its mostly impoverished people.

Sudan sits somewhere between the other two, literally and figuratively. It hopes to benefit from the electricity GERD – which is just across its border – will provide, but is also concerned by the potential impact on its own water supply.

Negotiations among the three countries, mediated by the US and the World Bank, broke down last year when Ethiopia rejected a US-drafted compromise. Egypt then proposed to take the dispute to the UN Security Council.

At that point President Cyril Ramaphosa, acting as African Union chairperson, intervened and at a meeting on 26 June 2020 of the AU Bureau (heads of state representing the continent’s five regions), the leaders of the three disputing parties agreed to the AU – in effect South Africa – taking over the mediation, in the spirit of “African solutions for African problems”.

The Bureau gave the mediator and negotiators just two weeks to resolve the issue and report back. That proved overly ambitious.

The AU-South Africa mediation got off to a shaky start. At the AU Bureau meeting, Ethiopia, Egypt and Sudan had undertaken to refrain from “taking any action that may jeopardise or complicate the AU-led process aimed at finding an acceptable solution on all outstanding matters”.

This was taken by the other parties as a commitment by Ethiopia not to start filling the dam unilaterally, as it had recently threatened to do when the rainy season arrived.

Yet, within a matter of days, Ethiopia did begin filling the dam, justifying this unilateral action on the grounds that filling the dam was an inherent part of the construction process.

For a few tense days, everyone wondered how Egypt, in particular, would respond to Ethiopia’s actions. But Cairo was persuaded to swallow its pride and the negotiations continued. Six months later, though, they remain unresolved.

The issues are undoubtedly intractable because they concern the management and use of a scarce, critical and common resource – water.

The Institute for Security Studies (ISS) PSC Report has noted that Egypt and Sudan would like Ethiopia to guarantee a minimum outflow of water from the GERD’s reservoir, based on historical average discharge.

“This involves compensating for any shortfall in water flow caused by drought or future upstream use,” the ISS said.

Ethiopia believes that this means Egypt and Sudan are demanding, in effect, that it should not use any of the waters of the Blue Nile – which would basically be to continue the guarantee of the “natural and historical right of Egypt to the waters of the Nile”, which Britain, as the colonial power, granted almost a century ago.

“This is untenable, in Ethiopia’s view, as it compromises the ability of the GERD to operate at full capacity, and infringes upon its rights to use the Nile waters and undertake future developments on the Blue Nile,” the ISS says.

to be governed by a legally binding instrument, including an independent dispute resolution mechanism. Ethiopia rejects this as an unacceptable intrusion on its sovereignty, insisting that any disagreements or disputes over the operation of the dam should be resolved by consensus in negotiations with Egypt and Sudan.

Though the GERD is now only to be used for hydroelectric power, which means that Ethiopia will be using but not consuming the waters of the Blue Nile, Egypt in particular fears that Ethiopia might decide in future to consume the water –  for agriculture, say. It, therefore, wants guarantees now that this will not happen, guarantees  Ethiopia is not willing to give.

As a result of such deep differences, the negotiations remain stalemated six months after South Africa took over the mediation.

South African officials say Pretoria presented to the three parties a compromise proposal drafted by three AU experts, based on their understanding of the positions of the negotiating countries.

Ethiopia and Sudan accepted this proposal, but Egypt rejected it, based merely on procedural grounds, he said.

In fact, it is clear that Egypt also has a problem with the substance of the proposal, though no one is saying exactly what.

So it’s now likely that Ramaphosa will call another meeting of the AU Bureau to try to plot a way forward. It is unclear if Pretoria will be able to see this mediation through to a solution, because Ramaphosa’s chairing of the AU ends next week, on 6 February, at the annual AU summit. There is some talk, though, of South Africa being asked to continue as mediator of the GERD negotiations anyway.

Meanwhile, the clock keeps ticking on this dispute, with another possible flashpoint looming in mid-2021, when Ethiopia is likely to embark on the next phase of filling the dam as the summer rains fall.

What happens if no agreement has been reached by then is unclear. Back in 2013, at a meeting between then Egyptian President Mohamed Morsi and senior officials and party leaders – a meeting that was mistakenly transmitted to the public – the possibility of taking military action against the dam was raised.

Could it come to that? Probably not. The political fallout for Egypt would be immense. But, for a country that has characterised GERD as a life-or-death issue, it’s hard to be sure. DM168