Sarah Dlamini: A doctor who prescribes serving others as the best medicine 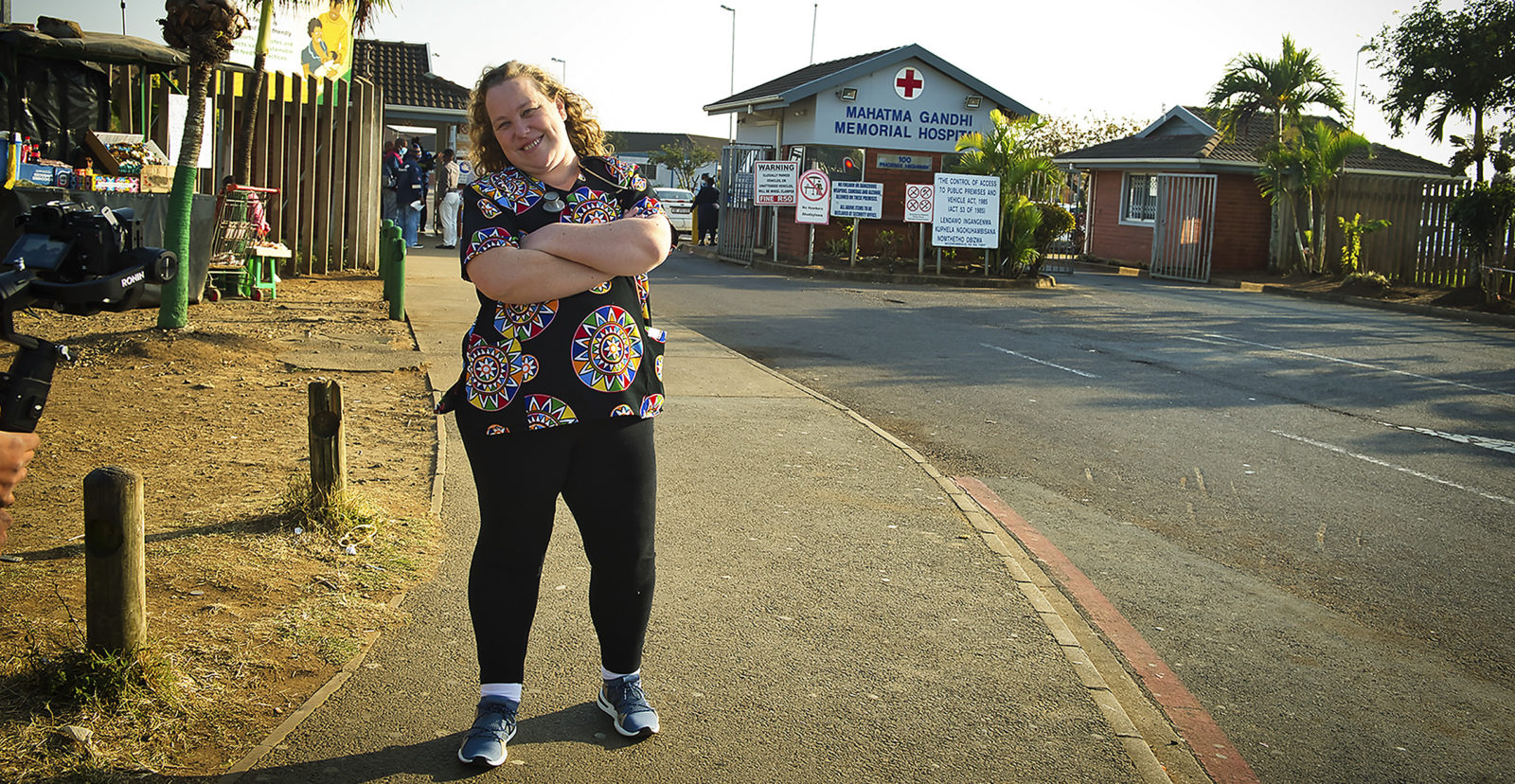 Sarah Dlamini believes freedom only has meaning if it's communal.

Dr Sarah Dlamini’s energy for her job and passion for people is both undeniable and infectious when she talks about the work she does in paediatric care in Pietermaritzburg, KwaZulu-Natal.

In addition to being a busy paediatric doctor, Dlamini is chair of her children’s school governing body, a trustee of her high school’s centenary trust and an elder in her church.

Dlamini grew up in a family of political activists and says she always knew she would work in public service.

“The orientation of my life is the service of others,” she says.

She refers to what her father called “liberation theology” as part of her grounding in being of service to her community which, she says, translated to her understanding that individual freedom, access and privilege have no meaning if they are not communal.

“What is ingrained in my DNA and thinking is that, as humans, we should try to better each others’ lives and not just our own,” Dlamini says.

Dlamini was awarded her medical degree by the University of KwaZulu-Natal’s Nelson R Mandela School of Medicine and completed her internship in Durban.

She went on to do her community service in Mpumalanga, where she worked as a medical officer, building her skills in paediatrics.

Dlamini says her time in Mpumalanga was one of growth and helped shape her ideas about the kind of clinician she wanted to be. On her return to Pietermaritzburg, she spent three years working at the Centre for the Aids Programme of Research in South Africa (Caprisa), working specifically on HIV prevention.

It was at Caprisa that she was drawn to the idea of participating in research that would meaningfully change people’s lives.

However, towards the end of her tenure, Dlamini realised she missed interacting directly with patients and she decided to go back into public health and specialise in paediatric care.

Dlamini says that while she loves the field of paediatrics, it can be quite demanding, sometimes having to work 80 to 100 hours of overtime a month. But she says she is very grateful to be able to spend her time doing what she loves, which most people don’t get to do. She may be exhausted most days, but she is happy.

She gives the example of a pregnant 16-year-old girl who came to the hospital and asked her not only for medical assistance, but also about the fact that she had failed Grade 6 four times. The girl wondered if she had a learning disability. This example, Dlamini says, demonstrates that public officials need to be able to intervene and refer people on to other public service facilities.

Dlamini says she wants to dispel the thinking that all those in public service are apathetic about their jobs, or that they are incompetent. She believes the number of dedicated public servants exceeds those who aren’t.

However, what is an issue in public service is the context in which people work, often leading to burnout.

Dlamini says she finds catharsis and community in the often-difficult times through her blog, Midnight Diaries. She initially meant it as a way for her to debrief on the long and hard hours she has to work in the five hospitals on her rotation, but it soon became a rallying point for other public servants to share their stories and experiences in the field.

Dlamini has also been named one of Accountability Lab’s Integrity Icons of Year in recognition of her contribution to public service.

Asked how she carries on despite the difficult circumstances of public service work, she answers unequivocally: “Our very DNA as South Africans is about not giving up and holding on to hope.” MC/DM

My children pulling their masks down and pulling a tongue at me (reminds me that life should be fun and spontaneous too!).

Petrol. Mobility is agency. Part of the structures we have to address to truly achieve freedom.

Not to date the handsome young man who would later become my husband. Luckily I didn’t take that advice!