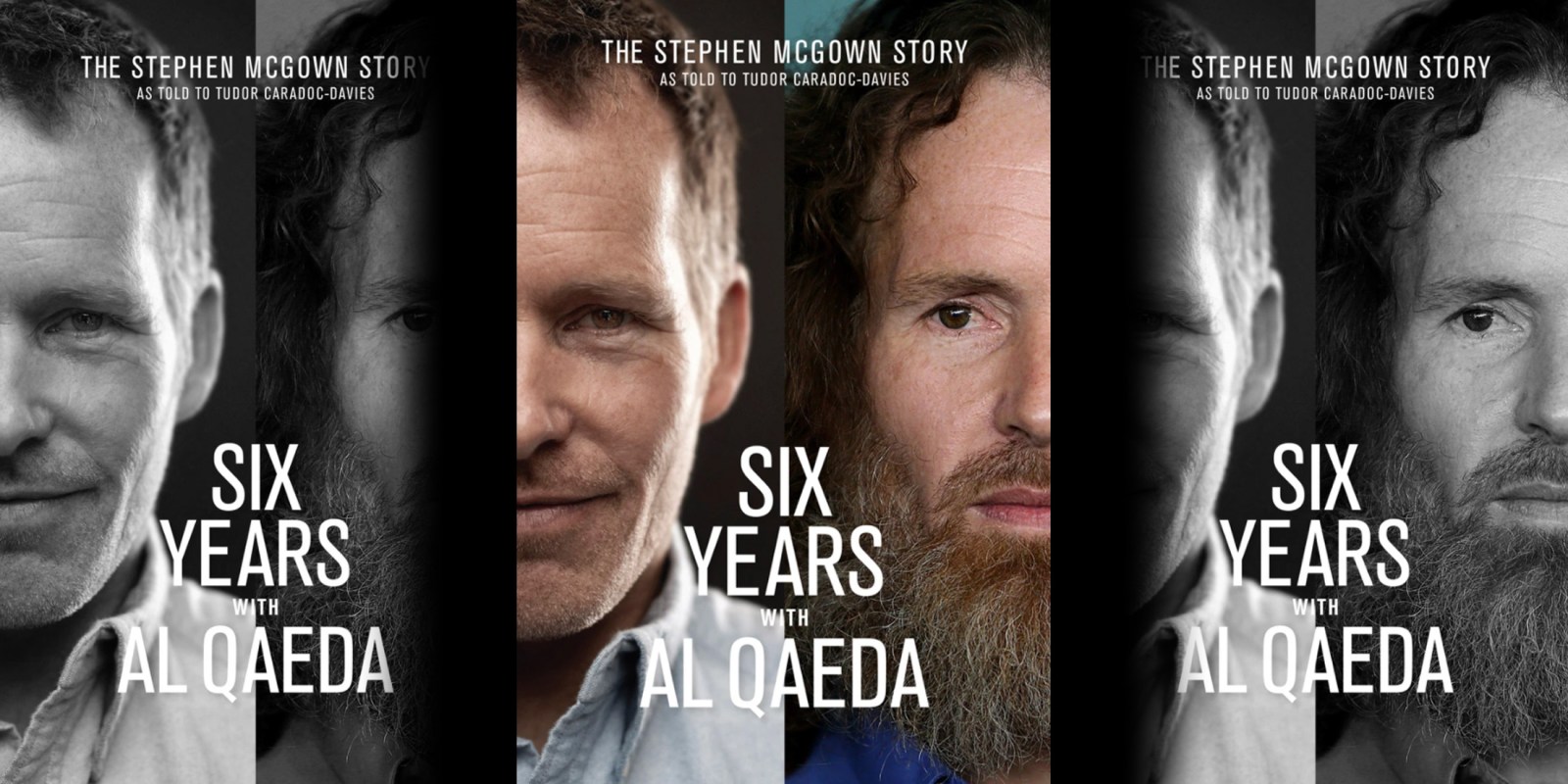 Stephen McGown’s survival ultimately speaks to his mental and spiritual growth. This enabled him to achieve a typical personal life goal, namely to emerge from his ordeal a better person. This, above all else, is the abiding moral of McGown’s story.

This is a tale of survival in captivity. Any traveller captured by militant extremists in a foreign land may face a sudden, merciless death. And such a death was the fate of Martin, the German companion of the three surviving captives held by Al Qaeda in Timbuktu, Mali from 2011 to 2017.

Stephen McGown is South African and his narrative details his own ordeal, and that of Sjaak Rijke — a Dutch national, and Johan Gustafsson — a Swede. The slain Martin’s last name does not appear in the book, or anywhere else in the public domain. His lost family name is a curious metaphor for the violent obliteration of a man’s identity, along with his life. The opening of the book sets the scene for the death of the German and for the six-years-long life in captivity of the Timbuktu Three.

McGown’s triumph is multifaceted. Physically, he survived execution by Al Qaeda, even though his British passport rendered him a prized catch for a symbolic killing by the extremist group. He survived harsh desert conditions, treachery by a fellow captive and constant trekking with his captors over the desert landscape to elude their enemies.

Among the most astonishing episodes of McGown’s tale are his meticulous records and notes of his travels, revealing a remarkable presence of mind and powers of observation amid a life-changing crisis. Then there is his acquisition of diverse survival skills in the desert, skills that not only preserve life, but which helped build his character.

And of course, there is McGown’s love of and extraordinary relationship with animals. He was deeply affected by Al Qaeda’s slaughter of goats and camels, the lone presence of a giant tortoise in the middle of nowhere, tales of snakes, geckos and frogs and the migration of swallows.

However, his survival ultimately speaks to his mental and spiritual growth. This enabled him to achieve a typical personal life goal, namely to emerge from his ordeal a better person. This, above all else, is the abiding moral of McGown’s story.

In the early period of captivity, McGown was confronted with the very real fear of death at the hands of his captors. And then there was anxiety, panic, depression, loneliness, boredom and a host of conditions that tested his mettle beyond mere physical resilience. The chapter “Oasis of the Mind” offers deeply profound reflections, and some context and valuable insight into his “self-imposed rehab” in the desert.

McGown had struggled with anxiety and depression in London, well before his rendezvous with Al Qaeda. But captivity compelled him to make a very conscious moral choice that had little to do with the innate drive for physical self-preservation. It was a moral choice between imploding into lifelong bitterness and cynicism or embracing his reality and transcending it with a view to achieving transformation and personal growth. It demanded deep introspection and reflections on the meaning of life and the nature of existence. Ultimately, he rehabilitated himself and emerged a man who conquered his lower self.

McGown does not quite treat his psychological journey in Mali as one that is distinct from his spiritual journey. One must concede these are not mutually exclusive aspects of his experience. However, for the purpose of grasping a seemingly counterintuitive spiritual response to his captors and their faith, it is useful to consider his spiritual development independently.

The intuitive response was that of Gustafsson. The latter embraced Islam exclusively as a survival tactic. He had no sincere faith, no conviction or any sincere commitment to Islam. It was understandably all sham and expediency. Yet for Gustafsson, this response was perfectly intuitive. He was never a religious person to start with and had no reason to genuinely believe or be truthful to captors who would not hesitate to kill him.

For McGown it was fundamentally different, and counterintuitive. It was so much more than a survival tactic. It was, on the one hand, an affirmation of the faith he already cherished as a Christian. On the other, it was the inherent appeal and convergence of fundamental spiritual truths shared by the two faiths. And for McGown these truths superseded the doctrinal differences between Islam and Christianity. He gravitated towards — and premeditatively sought — the virtues of Islam.

So after his release, McGown sustained his counterintuitive approach. He did not disavow Islam after again becoming a free man. He is now free to enter into his faith completely, minus the duress of captivity. Alternatively, he may exercise his right to practice his faith as a Christian. It is another phase in his ongoing journey, one of introspection as a free man to independently assess the merits of either faith and to wholeheartedly embrace that.

One of the ironies of his Malian odyssey is that a Muslim NGO played a significant role in facilitating his release. The Gift of the Givers assists all people in need, irrespective of faith, and they went where no government could go in reaching out to Al Qaeda. McGown appears to recognise in this irony, and in several other instances, that he must make the vital distinction between his misguided captors and their faith. Extremism is not consistent with the creed of Islam.

While one can readily appreciate McGown’s counterintuitive position on his faith, it is somewhat more difficult to appreciate his assessment of the “good character” of his captors. He says he was held prisoner but was never tortured or beaten. Al Qaeda members rather decline to answer a question than tell a lie. Do these virtues in any way mitigate their violent extremism? How can the pain of separation from his family, from his mother who died while he was held captive, not detract from their “good character”?

McGown’s struggle includes expanding his vast capacity for forgiveness. What do you get when you impose a six-year, life-altering ordeal on a nice, easy-going guy from Jozi raised on a farm? Invariably, the typical outcome will not be pretty.

His exceptional conquest is renouncing implacable enmity and embracing the most exemplary in human nature. This is the Saharan Oasis he brought home. DM

Mahmood Sanglay is the publisher of Muslim Views. Six Years With Al Qaeda: The Stephen McGown Story, by Stephen McGown, as told to Tudor Caradoc Davies, is published by Maverick 451.