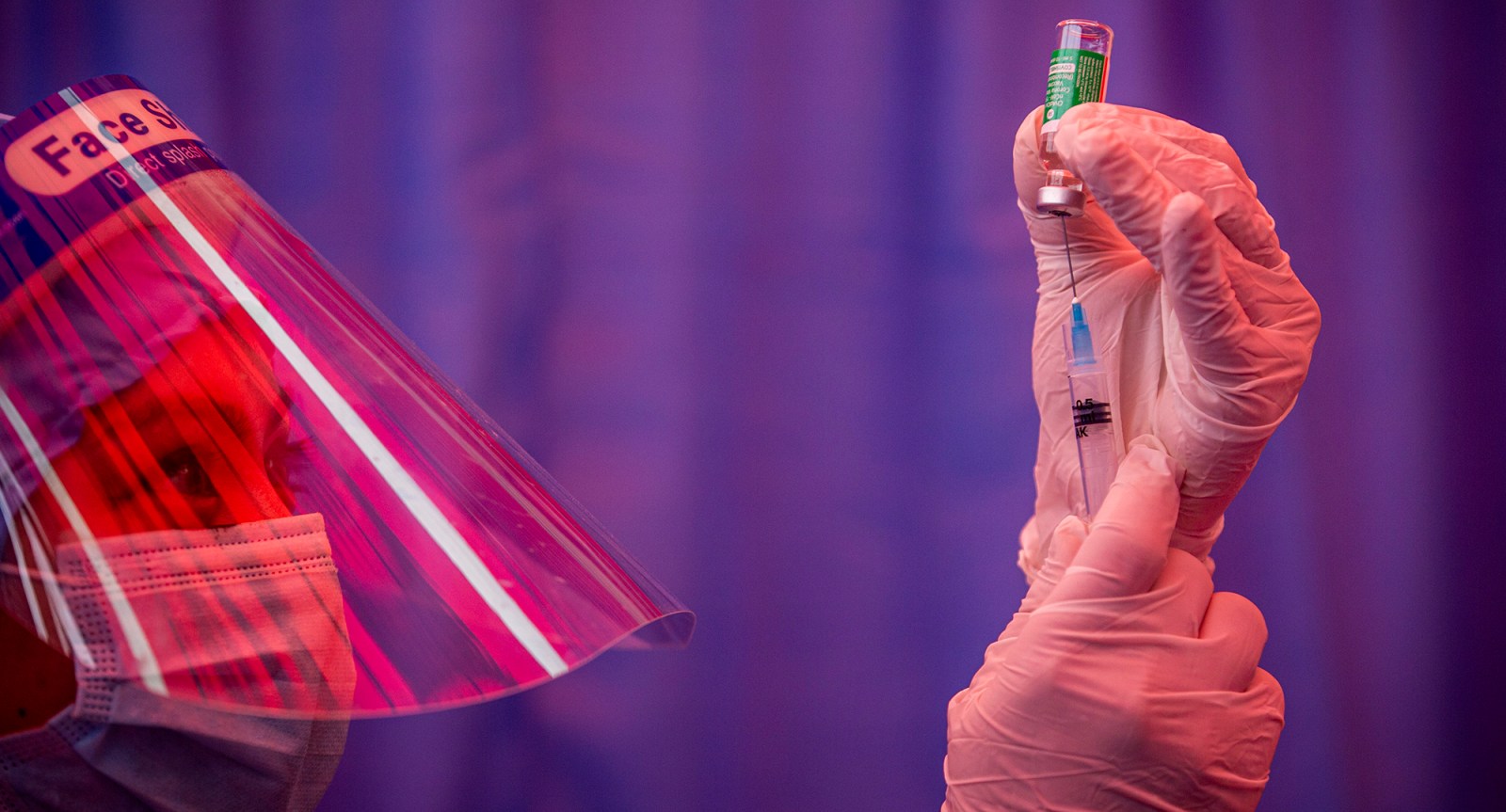 The European Union and drugmaker AstraZeneca prepared for talks later on Wednesday after a morning of confusion ended with the two sides agreeing to press ahead with a call on the pace of vaccine supply.

Sanofi, meanwhile, will produce millions of doses of Pfizer and BioNTech coronavirus vaccine to speed the bloc’s lagging immunisation efforts. Madrid has halted its vaccination campaign amid a supply shortage, according to a local report.

In France, the government is delaying a decision on whether to lock down the country, amid concern more restrictions could spark social unrest, while UK Prime Minister Boris Johnson is tightening border rules after his country became the first in Europe with 100,000 deaths.

Dubai imposed further restrictions on air travel and hospitals as coronavirus cases continue to climb in the United Arab Emirates.

The Middle East business hub reduced the validity of PCR test to three days from four “irrespective of the country they are coming from,” according to a statement. It also made it mandatory to have prior appointments for hospital visits.

The governor of North Dakota is cutting the state’s Covid-19 risk level to “low,” effective from Friday, the Bismarck Tribune reported.

Governor Doug Burgum’s order will lift recommended occupancy limits for bars, restaurants and other food-service establishments to 80% of capacity, up to 300 patrons, the newspaper said.

Social distancing and face coverings are strongly recommended or required, the Tribune said.

New coronavirus infections in Spain hovered near a record high as a third wave continues to grow after a relaxation of restrictions on movement over the holiday period. New virus cases rose to 18,462 on Wednesday compared with 15,660 on Tuesday. That was near the record of 18,504 on 21 January. The infection rate rose to 900 per 100,000 people while hospitalisations fell slightly to 24%. of available beds.

Bach said the IOC is “gaining even more confidence from the effectiveness of the countermeasures” to combat the spread of the Covid-19 pandemic.

Texas National Guard troops are being deployed to remote areas to vaccinate rural populations that can’t access clinics in towns and cities.

“The State Mobile Vaccine Pilot Program will help us ramp up vaccination efforts among homebound Texans, Texans 65 years of age or older, and among communities in need,” Abbott said.

Norway put in place the strictest border controls since March to reduce the risk of the more infectious variant of the virus taking hold. Foreign nationals that aren’t residents of Norway and don’t have close family in the country will be denied entry from Thursday night, Prime Minister Erna Solberg said at a press conference in Oslo.

New York Governor Andrew Cuomo, saying the “holiday surge is over,” lifted restrictions in hotspot areas across the state. He kept curbs in two areas of the Bronx, Manhattan’s Washington Heights, an area of Queens, and in Newburgh.

In those areas, known as “yellow zones,” non-residential gatherings are restricted to a maximum of 25 people, residential gatherings are limited to 10 people, and houses of worship can operate at 50% capacity. Nonessential businesses can remain open and indoor and outdoor dining is allowed with certain restrictions. Schools can remain open for in-person learning with increased testing.

Cuomo said he will speak to health officials and Mayor Bill de Blasio about potentially reopening indoor dining in the city. The state will announce a plan for city restaurants by the end of the week.

New York will receive 17,000 additional vaccine shots next week, increasing supply in a city that can vaccinate 500,000 a week if it had enough doses, Mayor Bill de Blasio said.

The federal government should invoke the Defense Production Act to require Merck to start manufacturing vaccines created by Pfizer or Moderna, after Merck scrapped plans for its own shot, De Blasio said. He also called on the US Centers for Disease Control to allow cities to use hundreds of thousands of vaccines now instead of keeping them in storage for second doses weeks away, the mayor said.

“The ability to use those second doses that can’t be used for weeks, let’s put them into play now,” the mayor said.

Prime Minister Boris Johnson said schools will stay closed until at least 8 March as he tightened UK border rules to require all travellers arriving from virus hotspots to quarantine for 10 days.

The premier is drawing up a longer-term blueprint for lifting the lockdown, in which a return to face-to-face teaching will be prioritised.

France holds off on new lockdown

The French government is delaying a decision to lock down the country, hoping that a curfew will contain the virus. President Emmanuel Macron “has asked for additional analysis” before deciding on any new restrictions, government spokesman Gabriel Attal said Wednesday.

Christophe Castaner, head of Macron’s party at the National Assembly, told Le Parisien newspaper there was a risk of “civil disobedience” in France, should a new lockdown be imposed.

The region of Madrid has halted its vaccination campaign after getting half the expected vials last week, Spanish newspaper El Mundo reported, citing the regional government’s vice president.

Battling one of the world’s worst outbreaks, Portugal documented 293 virus-linked fatalities, a daily record, taking the total to 11,305 deaths. The number of patients in intensive-care units rose by 18 to 783. The country’s national health service has a capacity of about 1,200 intensive-care beds.

Norwegian deliveries are set to return to the agreed rate starting next week after the country received 15% fewer doses this week, TV2 reported, citing Joachim Henriksen, a spokesman for Pfizer in Norway. Norway will receive doses faster than the initial estimates, TV2 said.

The European Commission said a crunch call with AstraZeneca over vaccine delivery delays would go ahead.

A spokeswoman for the European Union’s executive arm had earlier told reporters in Brussels that Astra had pulled out of the call. The drugmaker’s spokesperson denied this was the case.

The confusion added to the spat over deliveries of life-saving shots, after the bloc and Astra clashed over accounts of the clauses in the vaccine supply contract.

Oman postponed administration of the second-dose of Pfizer’s vaccine due to delays from the manufacturer, the Ministry of Health said. The postponement comes just 10 days after the nation started giving second jabs of the shot. The Persian Gulf country has so far administered about 34,000 doses of the Pfizer vaccine.

The European Union shuts its door to visitors from Japan following a surge in coronavirus cases there, according to an EU official.

EU governments decided to remove Japan from their common list of countries whose residents should be allowed to visit the bloc during the pandemic, the official said on the condition of anonymity; the update of the EU’s recommended travel “white list” keeps the US and most other nations off it.

The ouster of Japan — approved by EU member-country envoys at a meeting in Brussels following a recommendation by experts — shrinks the European list of permitted travel to residents of just seven states: Australia, China, New Zealand, Rwanda, Singapore, South Korea and Thailand. DM