Treasury is confident its strategy on Covid-19 vaccine... 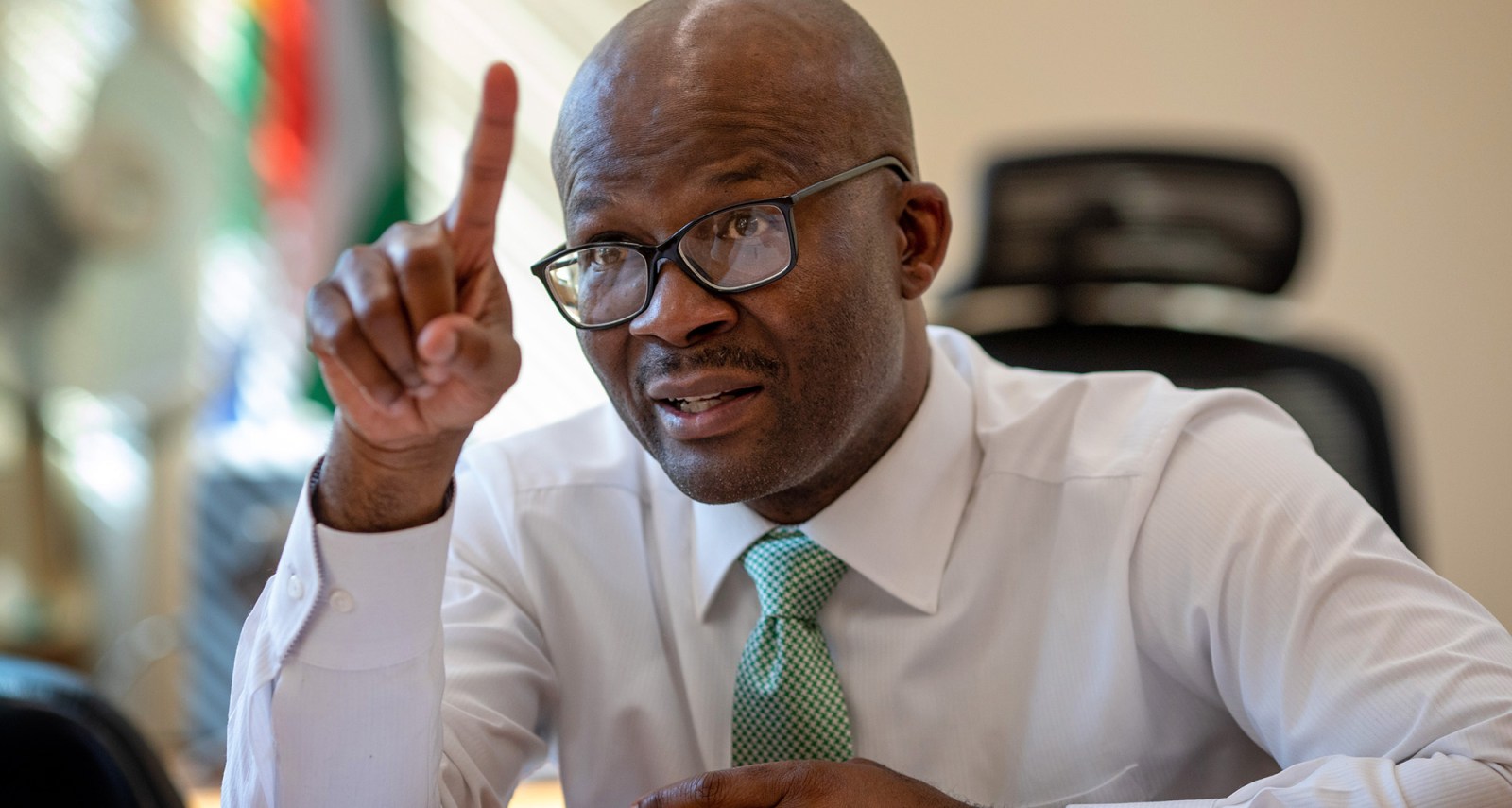 Treasury Director-General Dondo Mogajane says that the Department of Health is negotiating directly with vaccine manufacturers, which is a key safeguard against corruption, and also means that there is no room for middlemen to be introduced in the vaccine procurement process.

National Treasury is convinced that SA’s Covid-19 vaccine acquisition strategy won’t feature corruption elements and middlemen unlawfully profiteering from this process – as was seen in the emergency procurement of personal protective equipment (PPE) that has become a cadres’ feast.

The process of securing Covid-19 vaccines for frontline health workers and the wider public is being done on an urgent and expedited basis by the government, with normal bidding and procurement processes falling away.

The relaxation of procurement rules during the early days of the Covid-19 pandemic to allow national departments, provinces and municipalities to procure PPE and other goods on an emergency basis opened the floodgates for corruption involving politically connected individuals.

In the PPE procurement scandal, companies with favourable black economic empowerment profiles (on paper) were established overnight and emerged as successful tender bidders. Adding insult to injury was that some businessmen/women behind newly established companies had no track record in procuring medical supplies but did so at inflated prices to the state.

But with the process to secure supplies of Covid-19 vaccines, history won’t repeat itself, according to Treasury Director-General Dondo Mogajane. He said that the Department of Health is negotiating directly with vaccine manufacturers, which is a key safeguard against corruption and also means that there is no room for third parties or middlemen to be introduced in the vaccine procurement function. The vaccine procurement process is centralised, meaning Treasury and the Department of Health have the control and power to strike deals with vaccine manufacturers.

“There are no middlemen [in the vaccine acquisition and distribution process]. There will not be people buying vaccines on behalf of the government or negotiating and entering into agreements with manufacturers. It will all be done by the government. We don’t want to go back to the PPE scandal,” said Mogajane on Wednesday during a virtual engagement between Treasury officials and the South African National Editors’ Forum.

SA will secure Covid-19 vaccines from the Serum Institute of India and Covax, a World Health Organisation initiative that aims for equitable access to vaccines by low- and middle-income countries.

Treasury has already granted the Department of Health several concessions or deviations from procurement laws and bidding processes in its early discussions with manufacturers to place orders for vaccines.

“We used the urgency method [to secure vaccines], which makes it impractical to follow competitive bid and normal procurement processes,” said Estelle Setan, the chief director of strategic procurement at Treasury.

Setan said the department started asking for deviations from normal procurement laws and processes as early as November 2020 when it wanted to place vaccine orders through Covax. The second deviation request was on 6 January 2021 for the department to obtain additional vaccines from the Serum Institute of India and, potentially, from Pfizer, Johnson & Johnson, and Moderna. The third deviation request came on 7 January for the department to embark on a closed bidding process for the cold-storage, transport, and distribution of vaccines. The four logistics companies involved in the bidding process are Biovac, Imperial, DSV and United Pharmaceutical Distributors.

The Department of Health is responsible for entering into negotiations with vaccine manufacturers, vetting the quality of their vaccines, and ultimately striking an agreement for the supply of doses. Treasury’s job is to raise funds for the acquisition of vaccines and inoculating the country. The Department of Health and Treasury have estimated a cost of between R20-billion and R24-billion to inoculate 40 million South Africans.

Mogajane said funding the acquisition of vaccines from public finances won’t be a problem because four options are being considered. These are: tapping into existing funds, raising government revenue through increasing a range of taxes, borrowing money from multilateral funders such as the International Monetary Fund and World Bank, and reprioritising existing budgets (cutting and shifting budget items to free up money).

“These options are there and available if we don’t have the money. If any of the manufacturers say we need money, we will be able to pay.” DM/BM