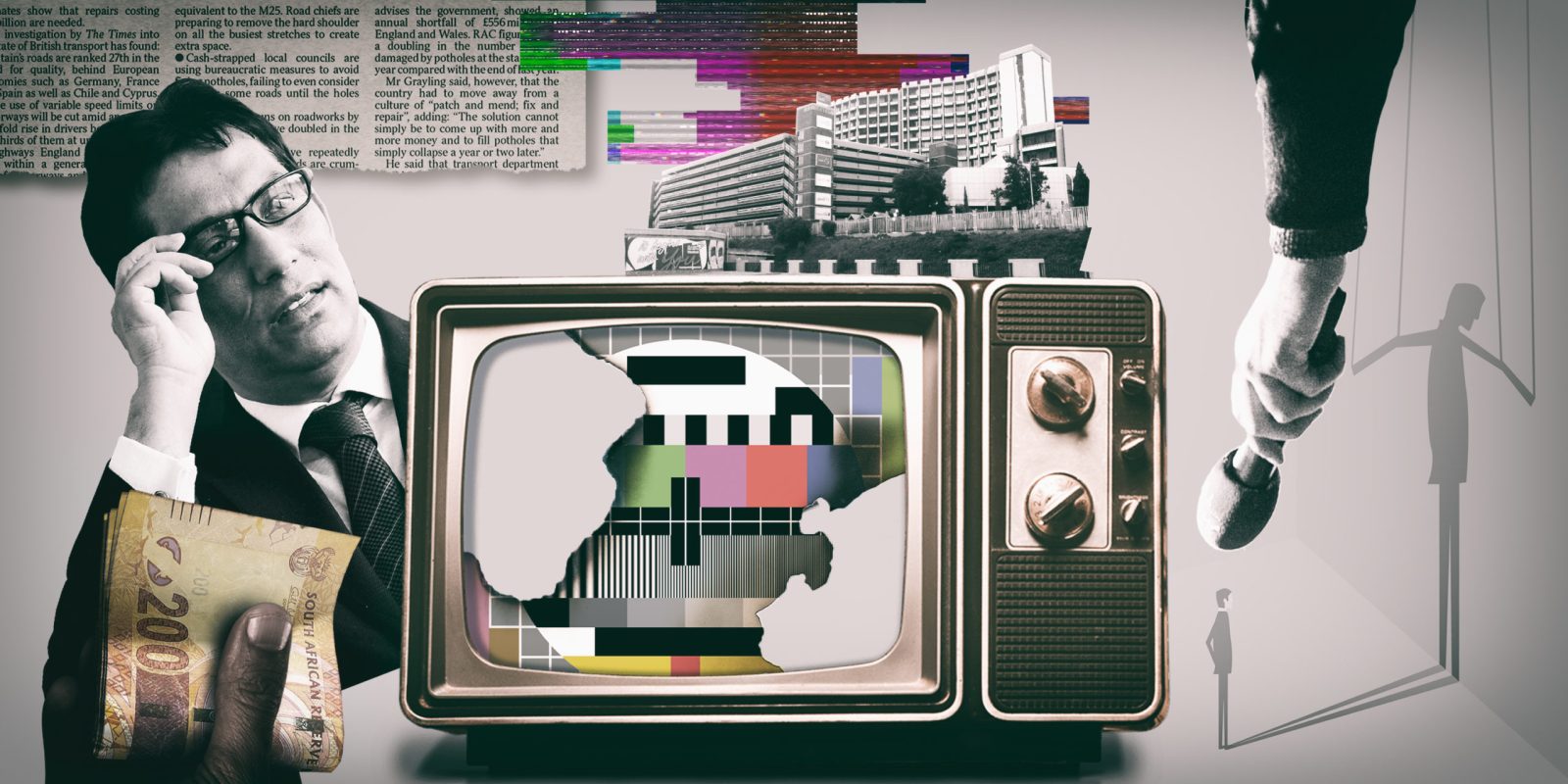 The 329-page report by Judge Kathy Satchwell’s panel on Media Ethics and Credibility — based on input from 167 individuals and the study of more than 100 documents — is a cry of anguish from an industry in deep distress on every front.

Some of these recommendations are broad and mushy, suggesting the South African National Editors’ Forum (Sanef), which commissioned the report from the independent three-person panel, do things like collaborate, publicise, encourage, enter into discussions and participate in or foster debates, and organise more training – things Sanef or others do or can do without too much difficulty.

Others are what could be described as wishful thinking – good suggestions unlikely to be implemented because they are too costly or complicated, or there is not the will to do so. Most notable of these is the suggestion that we look anew at greater public funding of media. (Although we learnt this week that the State Security Agency (SSA) has been the main channel for public funding of journalists, though it chose to keep this secret. See below.)

Then there are the suggestions that Sanef can probably implement with positive effect – and this is the nub of the report. There are still so many of them, though, that Sanef will have to practise some triage if it is not to be engulfed.

It is the range and quantity of recommendations that is most striking, pointing to the depth and scale of the problems the panel had to confront in the news media industry.

The inquiry was set up in response to the debacle of the Sunday Times, which had to retract three major stories that fed the state capture narrative, did huge harm to important institutions like the South African Revenue Service (SARS), the police and individuals whose careers in these organisations were ended as a result, and deeply embarrassed not just the newspaper but the whole journalism industry. These stories pointed to deep problems in the practice of journalism across all our newsrooms and the panel – which included experienced journalists Nikiwe Bikitsha and Rich Mkhondo – had to go much wider and deeper to identify the malaise which lay behind them and which ran through most of our newsrooms.

What emerged, the panel concluded, was “a shared set of systemic problems imperilling ethical conduct across the whole media landscape”. These included, they said, “revenue challenges impacting on sustainability; the related diminution of resources for professional development and training and for the effective exercise of editorial and sub-editing checks and balances; the social media-fuelled pressure to break stories ever faster amidst competing mis- and disinformation narratives; societal pressures – including harassment and official disdain and manipulation – on reporters; and lacunae in the scope and powers of regulatory bodies”. That’s not just a mouthful; it’s a head-full of problems.

The panel’s 329-page report – based on input from 167 individuals and the study of more than 100 documents – is a cry of anguish from an industry in deep distress on every front. “The media,” the panel said, “do not currently have the adequate resources, well-functioning internal processes and strong, supportive national institutional framework necessary for effective functioning in a democracy.”

The panellists outline a media architecture which emerged from the apartheid era ill equipped for the challenges of democracy and say that transformation has been “haphazard and incomplete”.

They identify the well-known and global financial problems of the news industry, brought by the FANGs (Facebook, Amazon, Netflix and Google) that gobble up all the revenue. They also highlight other pressing issues: the devastation wrought by the Covid-19 pandemic, especially on community media; the ineffectiveness of the state body set up to deal with this, the Media Development and Diversity Agency; the cost-cutting that has devastated the capability of newsrooms to cover events adequately and accurately…

They also highlight the shift that has occurred so that the biggest threats to media independence come not from government but from “shareholders and owners” who are cutting costs, dropping training, abandoning the self-regulatory systems and interfering in editorial decisions in pursuit of their own interests. The report contains an unusually frank admission by Johnny Copelyn, chair of e-Media, the owners of eTV, eNCA and Yfm, of interference in editorial decisions. Copelyn, one of very few media owners to address the panel, is quoted saying that his interference in a news diary matter was “regrettable … it broke a boundary”. The appointment of a former political party leader as news editor was an “unconscionably bad mistake”.

As is often the case, those who appear to be dealing with the issues, such as the Sunday Times, are those most prominently in the firing line. One has to be reminded that others – notably Iqbal Survé’s Sekunjalo Independent group – have gone completely rogue, opting out of all industry attempts to self-regulate and deal with these issues. The Sunday Times is at least capable of being shamefaced, whereas Survé has gone out to hire and promote the journalists who were responsible for some of the most shameful episodes of our journalism in recent years. His operation is now the Fox News of South Africa, deliberately spreading misinformation in pursuit of his political and business interests.

The panel highlighted the tough conditions under which journalists are working. “This includes manipulation, legislative and institutional blocks on access to information and outright attempts to buy or bully reporters and editors.”

It is a torrent of problems at every level. There can be no doubt that running a news operation has become one of the toughest jobs, and being a journalist one of the most uncertain and stressful.

Satchwell and her team do give us some heartening news, such as the journalists who do good work even under these conditions and the non-profit news operations that are thriving on philanthropic support.

The report says the media self-regulatory system – the Press Council and Ombudsman and the Broadcast Complaints Commission (BCCSA) – “appear to be working well”, though suggest the industry should resource them better, consider standardising their separate operations and create one portal for all complaints from the public. The panel also calls for the Press Council to consider introducing tougher sanctions – including fines and suspensions – for journalists who commit ethical breaches.

Other notable recommendations include:

Just as I reached the end of the report, drained by the challenges that lie ahead, it was alleged that the State Security Agency (SSA) may have been paying some journalists and some outlets, presumably to serve former President Jacob Zuma’s agenda. Secretly subverting the independence of the news media, it turns out, is another habit carried forward from the apartheid era.

But these reports are also a reminder of how essential an independent media is to exposing these matters and holding power to account. Satchwell’s report drives home the point that we need to start by holding ourselves, as journalists, to account, in order to better hold others to account. DM

Anton Harber is Caxton Professor of Journalism at Wits University and author of the recent book So, For The Record: Behind the Headlines in an Era of State Capture.