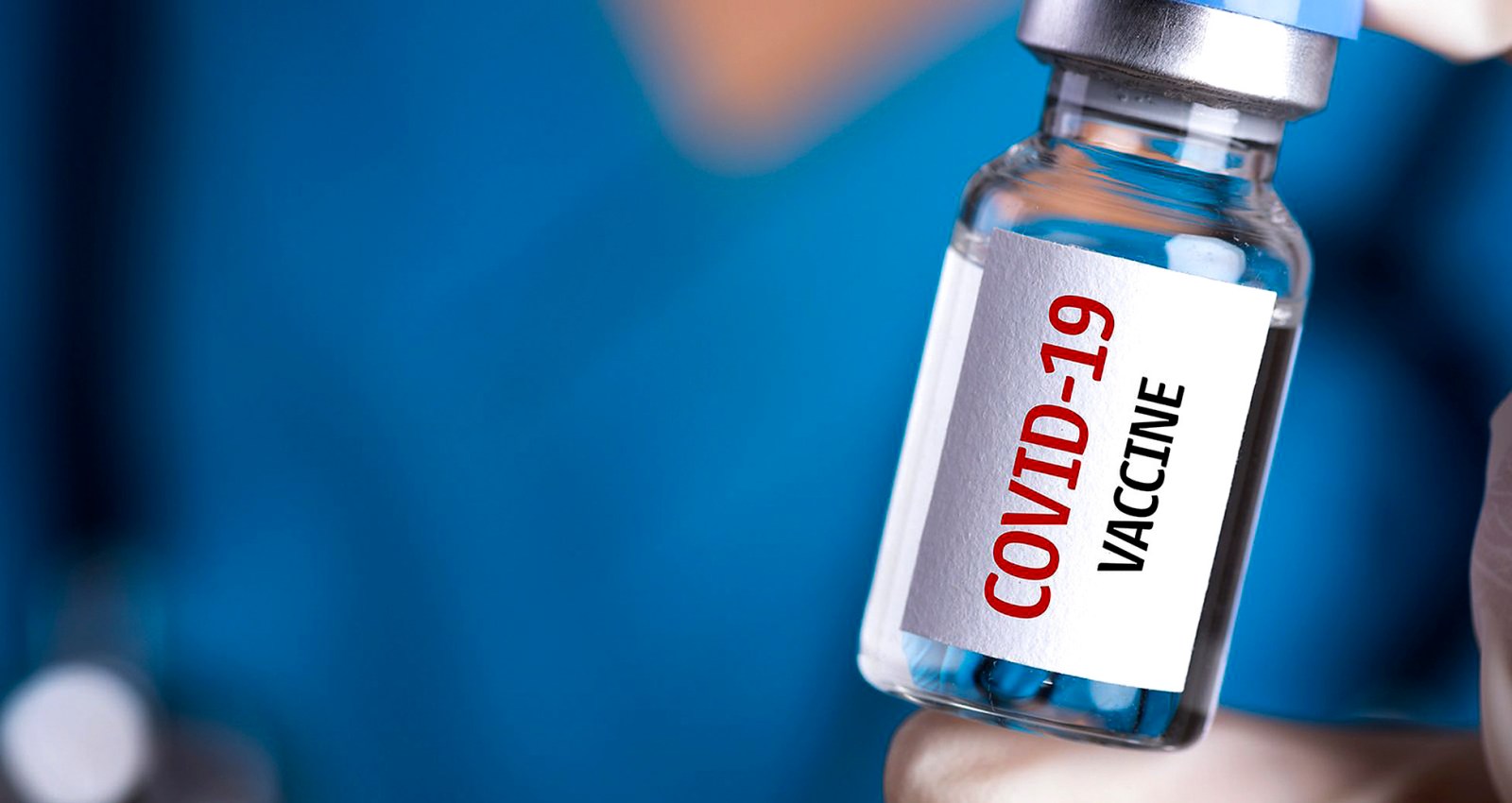 People who do not accept or are unsure about the need for a vaccine (33% of the population), most are worried about the side-effects and effectiveness of the vaccine, and they want more information. (Photo: pharmaceutical-technology.com/Wikipedia)

Analysis by senior University of Johannesburg academics and senior HSRC researchers reveals respondents’ self-reported explanations on why people would accept or reject a Covid-19 vaccine.

This is a follow-up article to our earlier piece on vaccine acceptance and non-acceptance. We showed that 67% of the population would either definitely or probably get the Covid-19 vaccine when it becomes available. Here we present analysis of self-reported explanations about why people would or would not get the vaccine. Our account shows that among those who do not accept or are unsure about the need for a vaccine (33% of the population), most are worried about the side-effects and effectiveness of the vaccine, and want more information. Conspiracy theories and concern with the occult are marginal to explanations of vaccine non-acceptance.

Findings come from Round 3 of the UJ/HSRC Covid-19 Democracy Survey, conducted between 29 December and 6 January. Details of the survey methodology can be found here. The key points are that the sample was large — 10,618 adults — and that the findings were weighted to be broadly representative of South Africa’s population.

For the qualitative analysis presented now, we analysed a random sub-sample of 1,960 responses taken from the main sample. The first step was to divide these according to two main categories: explanations for acceptance and explanations for non-acceptance. The former included respondents who said they definitely would (52%) or probably would (14%) get the vaccine . The latter included those who said they definitely would not (12%) or probably would not get the vaccine (6%), plus those who said “don’t know” (12%). We grouped the “don’t know” respondents with those categorised as “non-acceptances”, as both gave similar explanations.  We then developed themes that summarised the explanations.

Explanations for acceptance of a vaccine

The most common explanation for vaccine acceptance was the desire to protect oneself. Sentiments such as these were common:

Because I will protect myself from the virus – Black African man, 25-34 years, Gauteng, would definitely take the vaccine.

Because I don’t want to get infected – Black African man, 18-24 years, Limpopo, would definitely take the vaccine.

In addition, a quarter of responses in this category provided explanations framed around a desire to protect others, as illustrated below:

Among others who indicated they “definitely” or “probably” would take the vaccine, 16% expressed doubts or concerns in the follow-up open-ended question. Response examples include:

I would take it but I have to be well informed if it has after-effects, after all – Black African woman, 35-44 years, Limpopo, would definitely take the vaccine.

This highlights that even among some of those willing to take the vaccine, there are still questions or concerns. The fact that they ultimately favoured vaccine acceptance suggests that the perceived benefits outweigh the reservations for those giving qualified support to the vaccine.

Prevention was the fourth most common explanation for vaccine acceptance. Here, people explained themselves differently from those in the “to protect myself” or “to protect others” categories. For example:

A relatively small number of people (2%) explained their vaccine acceptance in relation to trust in government or science.

The most common explanation for non-acceptance was concern about possible side-effects, with this representing a quarter of the total. People expressed themselves as follows:

I am not sure if it will work or not and am worried about the side effects – Black African man, 25-34 years, Northern Cape, unsure about taking a vaccine.

Effectiveness was the second most commonly cited concern. This was distinct from anxiety about side-effects as it raised unease about the extent of medical testing or overall safety of the vaccine. For example:

I am concerned about the speed of its development and release, and about the possible lack of proper testing – White man, 65-74 years, Gauteng, would probably not take the vaccine.

14% of responses simply stated a lack of trust in the vaccine, with little other explanation, making it difficult to determine what specifically the respondent distrusted. For example:

It’s because I don’t trust it – Black African man, 35-44 years, Mpumalanga, would definitely not take the vaccine.

6% of the sampled vaccine non-acceptance responses expressed their concerns in relation to a wider distrust of government, international agencies or ‘Big Pharma’. People expressed themselves in terms such as this:

I don’t trust anyone especially the WHO – Black African man, 25-34 years, Gauteng, would definitely not take the vaccine.

Because I don’t trust the system – Black African man, 25-34 years, KwaZulu-Natal, unsure about taking the vaccine.

I have no idea what a vaccine is — Black African man, 25-34 years, KwaZulu-Natal, unsure about taking the vaccine.

I don’t have enough information about the vaccine – Black African man, 25-34 years, North West, unsure about taking the vaccine.

5% explained that they were not at risk from the virus. For some, this was because they believed that strict adherence to public health protocols, such as social distancing or mask-wearing, were sufficient. For instance:

I am truly looking out for myself and staying indoors and going out if is necessary only and, if so, I will put my mask and have hand sanitiser in my bag for my safety – Black African woman, 25-34 years, Gauteng, would definitely not take the vaccine.

While others believed that they were healthy enough to fight infections:

I believe I am strong enough to survive a covid infection — Coloured man, aged 25-34, would probably not take the vaccine.

A small minority, 4%, raised concerns about affordability and provided explanations such as:

Because I’m hungry I won’t take medication without food – Black African woman, aged 35-44, Mpumalanga, definitely would not take the vaccine.

Explanations related to conspiracy theories, i.e. responses that either expressed doubt in the existence of Covid-19 or attributed the virus or vaccine to powerful groups or interests, accounted for only a small proportion of non-acceptances (7%). Examples included:

The vaccine might just be a way of the government keeping track of us – White woman, 25-34 years, Gauteng, unsure about taking the vaccine.

Similarly, only 4% of the explanations provided reasons relating to the occult. For instance:

I am Christian — the vaccine comes from the devil, Black African woman, 25-34 years, Mpumalanga, would definitely not take the vaccine.

Both of these reasons have received significant media attention, and, while they are not unimportant, our findings demonstrate that most explanations for vaccine non-acceptance are driven by legitimate concerns about safety and effectiveness.

Aside from public education about the vaccine, one of the factors that may be persuasive to those currently dissuaded from taking the vaccine would be if the President and members of Parliament opted to be vaccinated publicly:

I would not trust the vaccine unless I see the President taking it – Black African woman, aged 18-24 years, KwaZulu-Natal, would definitely not take the vaccine.

For adults who accept the need for vaccination, the main justifications are for protecting oneself and others. For those not, as yet, willing to accept the vaccine, including those unsure about whether to get it, the key issues are about side-effects and effectiveness, with some people expressing broader distrust in the vaccine. People want more information. Only a small minority are swayed by concerns about conspiracies and the occult.

We are not yet at a point where willingness to take a Covid-19 vaccine would lead to population or ‘herd’ immunity. There is more work to do. Public education is still required. The government, civil society, the media, and influential political, faith and cultural leaders can all play a part. Our research shows that campaigning should be pitched at people with legitimate worries about the possibility of Covid-19 having an adverse impact on their health. With a majority already convinced that vaccines will be good for themselves and for society, there are powerful positive messages that can also be conveyed. DM/MC

Carin Runciman is Director: Centre for Social Change, Kate Alexander is South African Research Chair in Social Change and Martin Bekker is a postdoctoral fellow, all at the University of Johannesburg. Narnia Bohler-Muller is Divisional Executive, Benjamin Roberts is a research director and Ngqapheli Mchunu is a PhD researcher, all at the Developmental, Capable and Ethical State (DCES) research division of the HSRC.