A pill, a ring or a jab: The future of HIV prevention is choice 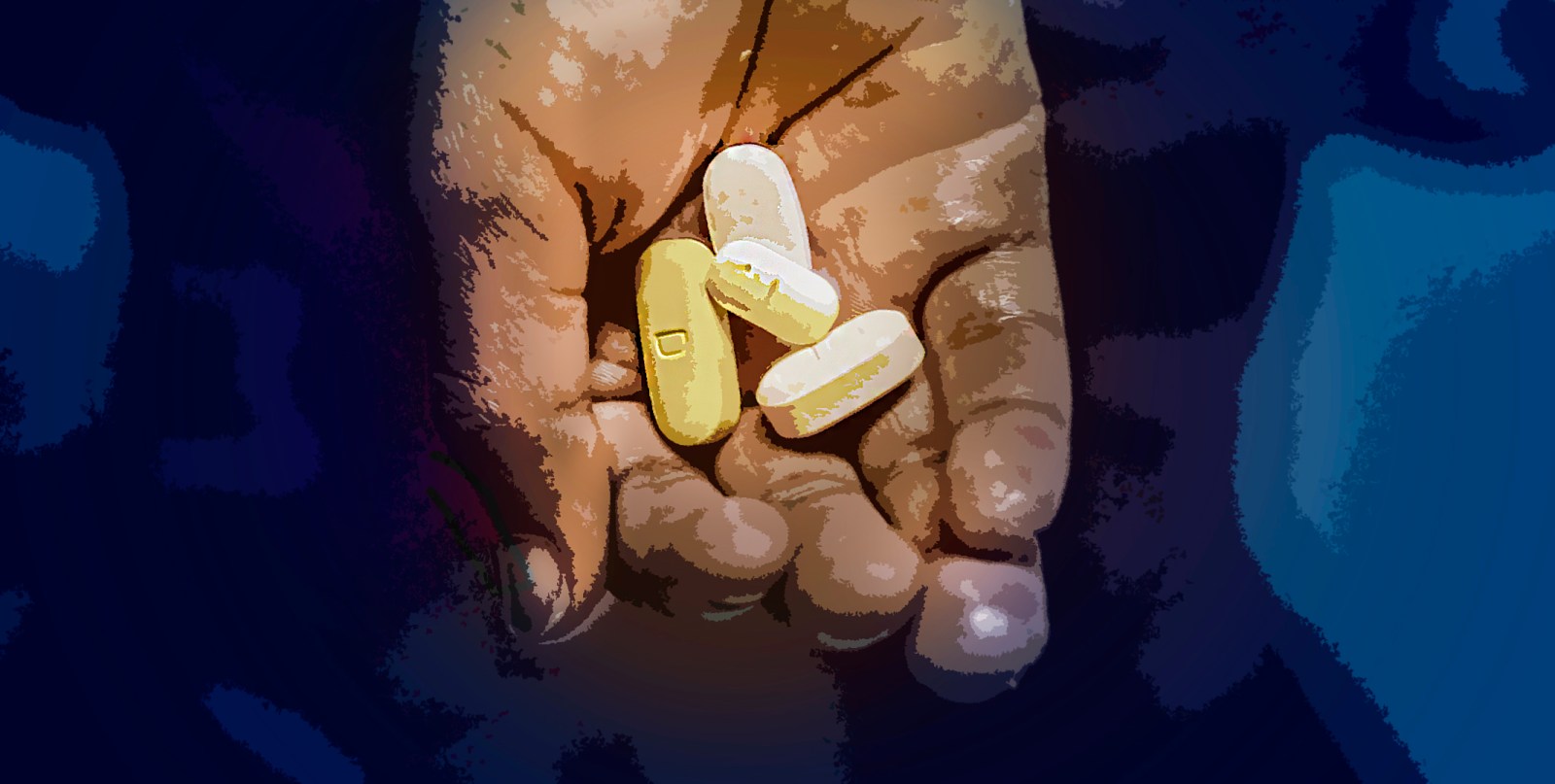 South Africa was the first country on the continent to approve PrEP, in 2015, and launched its pilot PrEP programme among sex workers in 2016. (Photo: EPA / Nic Bothma)

South Africa is ahead of local targets in rolling out the HIV prevention pill. Meanwhile, options for HIV prevention are expanding — though the devil is in the detail of getting medicines to people in a way that works for them.

South Africa has the biggest and fastest-expanding HIV prevention pill programme in Africa, with more than 100,000 new users of the tablet —  also known as oral pre-exposure prophylaxis (PrEP) — recorded between July 2016 and December 2020. This is according to data presented at the International Aids Society’s HIV Research for Prevention conference this week.

South Africa was the first country on the continent to approve PrEP, in 2015, and launched its pilot PrEP programme among sex workers in 2016. The country seems to be well ahead of the targets of its national HIV plan, which aims to have provided just over 104,000 new users from high-risk groups with the pill by 2022.

The country still falls short of PrEP goals for 2020 set by The President’s Emergency Fund for Aids Relief, Pepfar. Pepfar’s figure is just over 200,000 total users – twice as high as the local targets.

PrEP tablets consist of two antiretroviral drugs (the medicine used to treat HIV) — tenofovir and emtricitabine — and are called Truvada. If taken daily, the pills can reduce people’s chances of contracting HIV through sex by up to 96%, several studies have shown.

In 2019, researchers found that taking two pills 24 hours before sex and a third tablet a day after sex worked just as well to prevent infection.

New oral PrEP users worldwide reached record numbers in 2020, despite the coronavirus pandemic and experts argue it is critical that this success is maintained in 2021 and used strategically to get other, newer prevention options, such as the vaginal ring and the eight-weekly injection, to people too.

The silicone ring, which is inserted into the vagina, releases the antiretroviral drug dapivirine into the wearer’s blood and can be replaced monthly at home. It can lower a woman’s risk of contracting HIV by about a third and was approved for cisgender women by the European Medicines Agency last year. South Africa has not yet approved the device.

An injection of the long-acting antiretroviral drug cabotegravir once every eight weeks could be on the horizon as well.

In the HPTN 084 trial, in which one group of participants received Truvada and the other cabotegravir, women who got the cabotegravir injection had an 89% lower risk of HIV infection than those given Truvada. The study was conducted in more than 3,000 HIV negative women at 20 sites in seven countries in sub-Saharan Africa including Botswana, Kenya and South Africa.

Overall, fewer than 1% of trial participants contracted HIV during the course of the research, “which shows that both [Truvada and cabotegravir] are highly effective at preventing HIV in cigender women”, explains the study’s lead author Sinead Delany-Moretlwe of the University of the Witwatersrand’s Reproductive Health and HIV Institute.

The medicine proved to be so safe and effective that, in 2020, the independent expert group that reviewed the study recommended that a blinded phase of the trial be stopped early. In other words, participants who were initially given a dummy injection of cabotegravir in combination with oral prep, were instead given the actual cabotegravir injection for the rest of the study because there was enough evidence that the injection was working.

So, why does the cabotegravir injection work better than the Truvada pill to prevent people from contracting HIV?

The answer probably lies in adherence, says Delany-Moretlwe: remembering to take a pill every day is more difficult than getting a jab every eight weeks.

Research has shown that the less often a PrEP pill is taken the less effective it becomes.

A 2015 study, however, proved that South African women are willing and able to take a PrEP pill daily. Three-quarters of the young women in the trial adhered to a daily regimen successfully.

And potential options are expanding fast. Scientists are researching an HIV prevention pill that can be taken monthly, instead of daily. It is made of a long-acting antiretroviral drug called islatravir.

So far, according to research released at this week’s conference, scientists know that the pill is tolerated well and a monthly dose creates levels of the drug in people’s systems that are high enough to prevent HIV infection, says Sharon Hillier, who heads the study.

The study is a Phase 2a trial, which means it has not yet been tested for efficacy on a large group of participants. Two such large-scale, Phase 3 trials, to test whether a monthly dose of oral islatravir can prevent HIV, will be launched in the coming months. One of the studies will be conducted in cisgender women in Africa and the US and the other in men who have sex with men and transgender women.

The long-acting nature of islatravir could have its perks, Hillier explains. “The medicine could be more forgiving if a dose is taken late or people miss a dose.”

Warren says although these prevention methods – a pill, a ring, an injection – give people many more choices in protecting themselves against HIV, they are only of value if people actually take them.

And how we end up implementing the cabotegravir injection, once registered for use in countries, will influence how likely people will be to use it. For this, Warren says, there are two crucial lessons we can learn from the rollout of oral PrEP.

Firstly, after oral PrEP was first approved by the US regulator, the Food and Drug Administration, in 2012, it took three years to get to South Africa. This time around, the medicine should be approved in many countries at once, Warren says. “We need to move this around the world.”

The second lesson lies in collaboration.

The early days of oral PrEP were characterised by lots of smaller, disconnected projects, he says. With the benefit of hindsight, cabotegravir rollout projects should all work from a similar playbook.

Warren concludes: “What we don’t want is to come to this conference in five years’ time where everybody’s presenting their individual projects but we still don’t know how to roll out cabotegravir.” MC/DM

This story was produced by the Bhekisisa Centre for Health Journalism. Subscribe to the newsletter.