‘We do not have borders, just roadblocks’, says mem...

‘We do not have borders, just roadblocks’, says member of Home Affairs working group 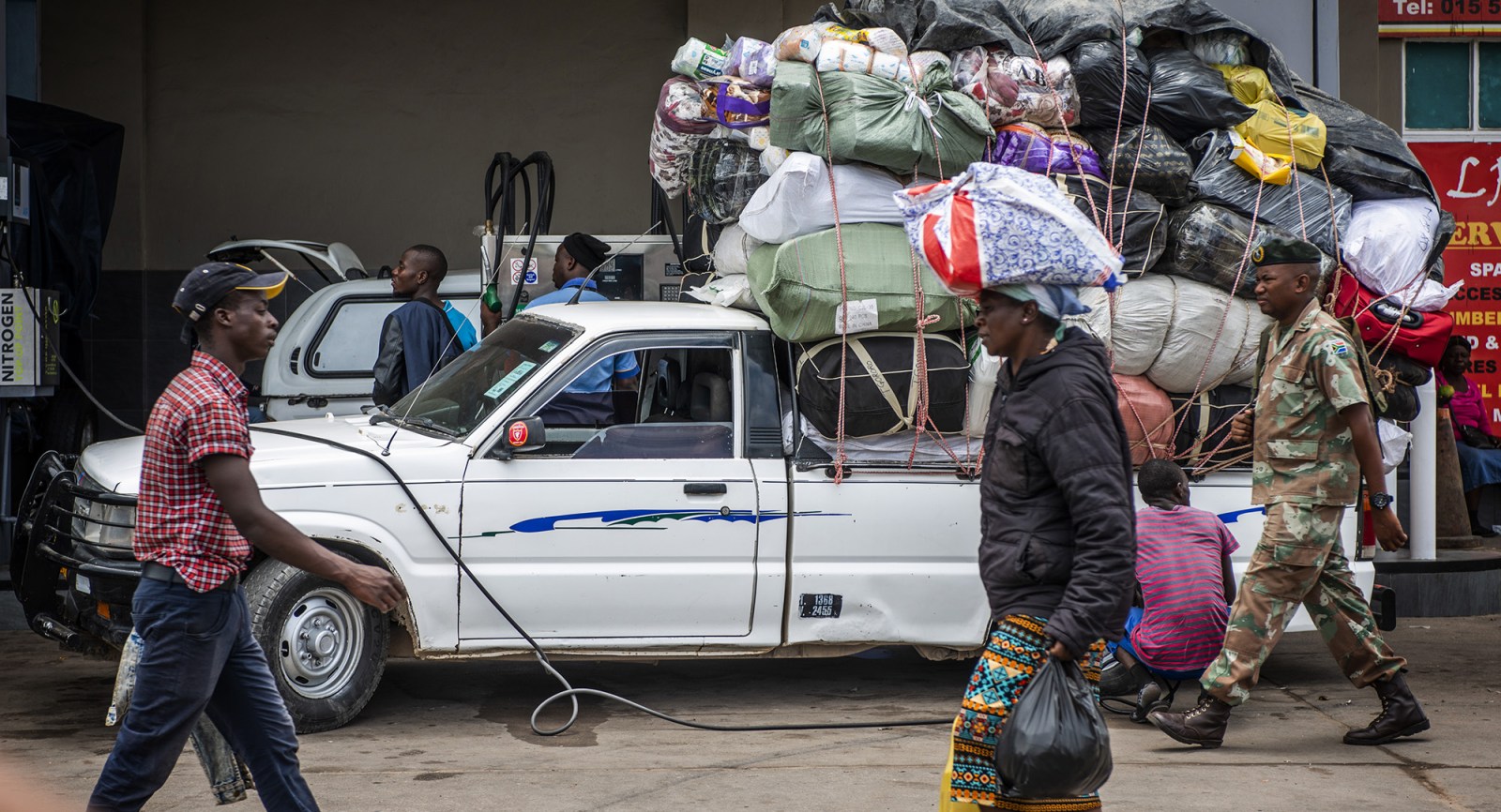 A delivery driver fills a truck loaded with goods at a gas station at the Beitbridge border station near the border crossing with Zimbabwe, near Musina. (Photo: Waldo Swiegers / Bloomberg via Getty Images)

The committee found that many people slept at the borders for days and that congestion, of people and of trucks, was caused by stringent Covid-19 protocols at the ports of entry.

The Home Affairs parliamentary oversight committee met Home Affairs officials on Tuesday following their visit to three of SA’s busiest land borders. Members of the committee said there are no borders and that ports of entry are just roadblocks.

The Home Affairs oversight committee visited the borders in response to congestion difficulties at the ports of entry during the December 2020 holidays.

During the visit, the committee found that many people slept at the borders for days and that congestion, of people and of trucks, was caused by stringent Covid-19 protocols at the ports of entry.

The committee also found that many of the travellers, especially from Zimbabwe, did not have proof of a negative Covid-19 test. The South African government then had to do the testing.

During December, there was a curfew in South Africa, but not one in Zimbabwe. People from Zimbabwe were being processed on the Zimbabwean side, but arrived to find that South Africa had a curfew.

“What we found there was a mess,” said one committee member.

The committee found that reports that five people might have died of exhaustion at the border were not true. It appeared that only one elderly person had died.

More than 1,100 tests were conducted at the Beitbridge border and 98 positive cases were identified between 1 and 5 January.

In Lesotho the Covid-19 tests cost R850, they cost $60 in Zimbabwe and only R170 in South Africa, which is why many travellers preferred to get their tests done in SA – another reason for the congestion.

The committee said there were illegal crossings at many spots on the border line. One committee member said that during their visit some people were using a rope to cross a river into South Africa, and they learnt that 50 people were waiting to cross illegally into South Africa from the Mbuzini border post. The army arrested many and took them back to Mozambique.

The committee said another concern was trucks with heavy cargo parked on the border bridge for long periods of time as this could compromise the structural integrity of the bridge.

“We came across a group of people who told us they had been there from the previous night and were waiting for tests to be conducted,” said one committee member.

The committee also noted that Covid-19 protocols such as wearing masks and social distancing were not observed. Another challenge was the unavailability of an ATM at the border as people needed to pay for their Covid-19 tests.

There was a lack of planning and coordination and cooperation between Home Affairs and other departments operating at the ports of entry, such as the South African Revenue Service, the SAPS, the traffic department, and the Department of Agriculture and Forestry.

The committee said the Department of Home Affairs should spearhead cooperation with other government departments and authorities at the ports of entry.

It said there should be political will to address the border challenges and that departments should deploy enough personnel at the ports of entry.

Bongo said that in the next meeting the Department of Home Affairs should have a much clearer plan to work around the challenges at the borders.

“The ports of entry for me are just roadblocks. These roadblocks were part of the superspreader events because there was no cooperation or coordination,” said a committee member. DM