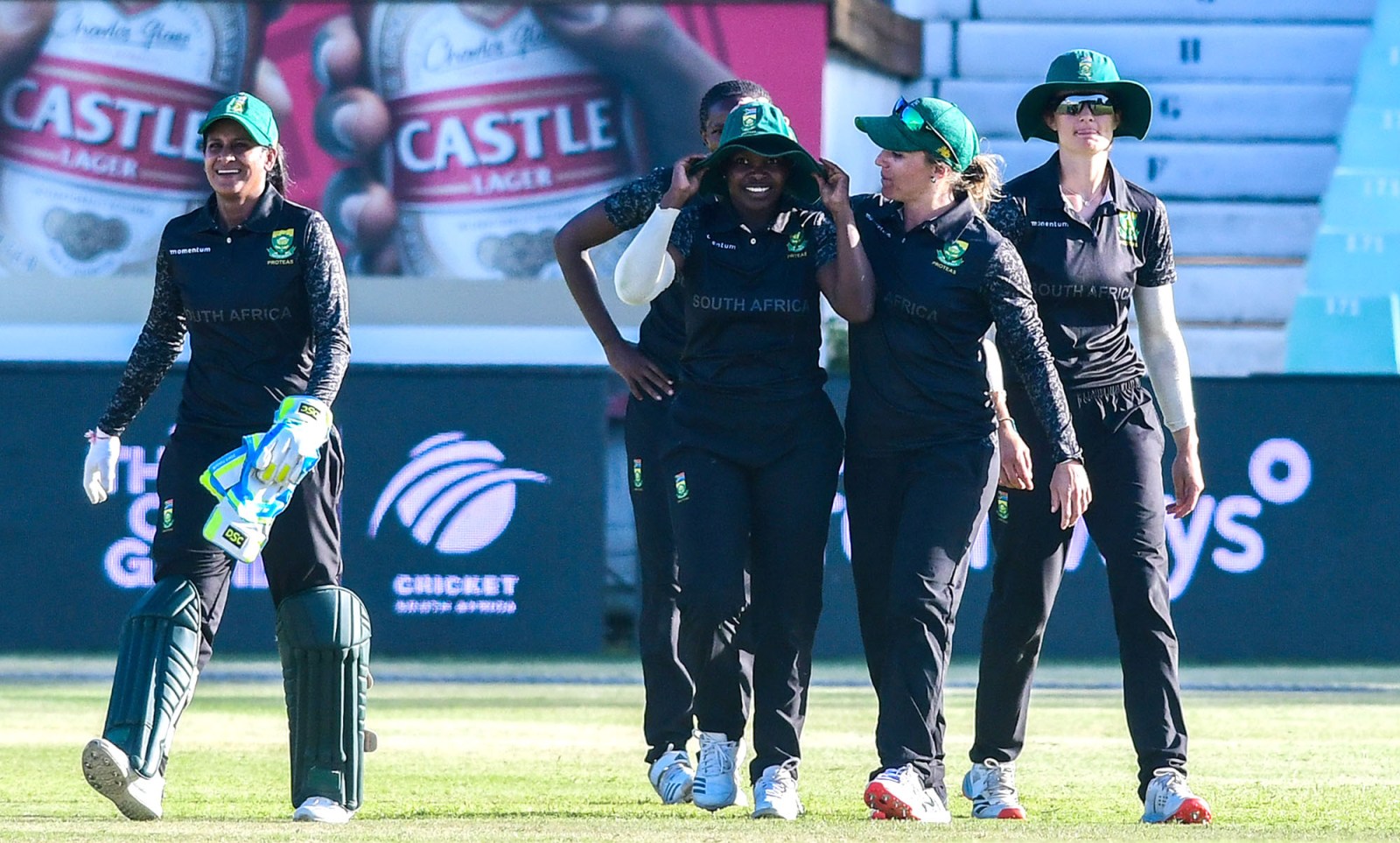 It was not a classic display for the Proteas women, but they sealed a convincing 3-0 victory over Pakistan in the One Day International series. Now they shift the focus to the T20 series against the same opposition.

The Proteas women’s team sealed a comprehensive One Day International (ODI) series victory over Pakistan on Tuesday. The South Africans won the third and final match by 32 runs to complete a whitewash over the visitors.

“Coming back to play competitive cricket after such a long time is never easy, but the players showed total professionalism and focus,” Cricket South Africa (CSA) Director of Cricket Graeme Smith said.

“The past year was not easy with the arrival of the Covid-19 pandemic, which forced many series to be postponed, but the head coach, Hilton Moreeng, and his coaching staff kept the players well drilled through the various training camps they held. Their efforts have been well rewarded.”

Although the victory will be sweet to savour for Moreeng and his charges, it was far from a classic display. They will look to address some issues that plagued them during the series, which took place behind closed doors at the Kingsmead Stadium in Durban.

Top of the agenda will be fielding and batting. The fielding displays by the home side have been under par for the duration of the series, often leading to the team ending up in pressure situations when they should have been killing the game off.

A number of seniors from the team have spoken out about the lapses in concentration when fielding throughout this series. The likes of Shabnim Ismail and Marizanne Kapp have sounded the call for improvement in that department, with the latest to voice her concern being batter Lizelle Lee.

Speaking before the final ODI match, Lee said even though the team was returning after such a long hiatus, there was no excuse for some of the sloppiness displayed, which almost cost them games in the series.

“I think the team is in a good space, but to be honest we haven’t done what we set out to do,” Lee lamented. “I think there is still a lot of hard work that needs to be done.

“We’ve been out for 11 months, but that’s no excuse for not being good in the field or being unable to execute some skill sets,” she said. “At the end of the day we still had a lot of time to train and prepare.”

Another issue the team has encountered is with the willow. Even when someone in the top five batters has laid a solid foundation for those that follow, the middle order has failed to continue the momentum.

“The middle order has been a challenge. There have been a lot of starts in all three games where we had somebody in the top five who got us starts; then when we had to kick on, it wasn’t happening. So, that is one of the aspects that need to keep working on,” said Moreeng at his post-match conference.

“Other than the conversion, the application is not where we want it to be. Because we absorb a lot of pressure. But when it’s time for us to be able to transfer it back to the opposition and put their bowlers under pressure, we always have two new batters at the crease – and that puts you on the backfoot.”

Generally though, there was also a lack of lucrative partnerships in the top order, to give the middle and lower order room to manoeuvre. Something the likes of Lee, Laura Wolvaardt and Mignon du Preez will look to sharpen up on.

The coach did, however, reserve special praise for the stand-in captain for the series, Sune Luus. The all-rounder was captaining the side in the absence of regular skipper Dane van Niekerk. In the final ODI she added 15 runs to South Africa’s total of 201 in their allotted 50 overs.

Later on, as they defended the target, she led the charge with three wickets, picking off key figures in the Pakistani top order. The three wickets saw her become just the tenth woman to reach the 1,000 runs and 100 wickets milestone in ODIs.

“We’re very happy with Sune Luus. When you look at how she has to juggle her bowling, and also perform with the bat, then at the end of the day lead the troops, it’s not always easy. We’re making strides [in sharpening her leadership skills],” said Moreeng.

The attention of the two sides will now shift to the T20 International series, which is also set to be hosted at Kingsmead. Just as in the ODIs, the series will consist of three matches, starting on Friday 29 January. DM