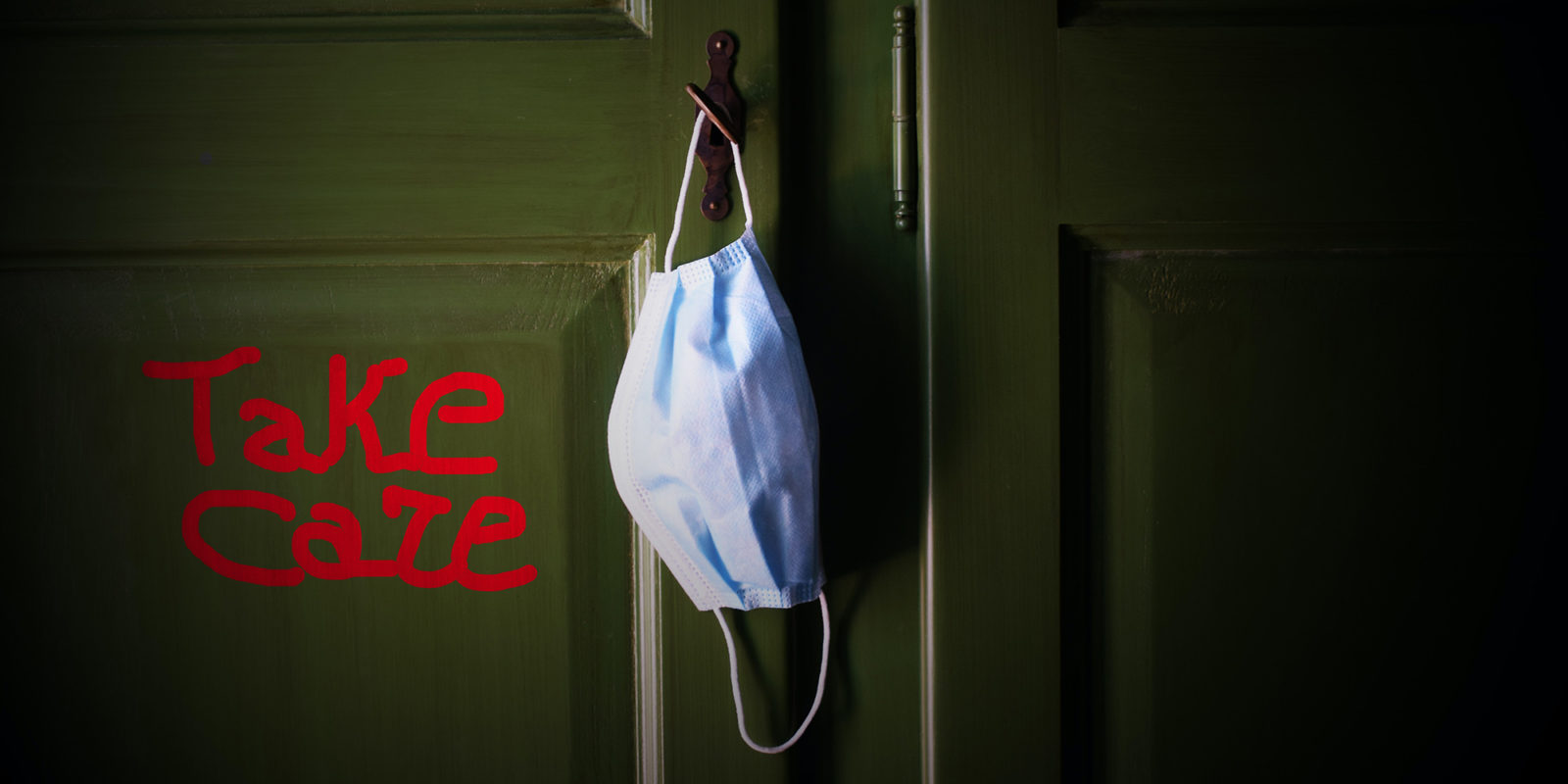 Vaccine coverage won’t reach a point that would stop transmission of the virus in the foreseeable future, the World Health Organisation (WHO) said on Monday. US infectious-disease chief Anthony Fauci said he’s worried about delays to second doses.

New York City is postponing vaccinations at large sites like Yankee Stadium because of a dose shortage. Mayor Bill de Blasio said the city is equipped to vaccinate 500,000 people a week if it gets an increase in supply and flexibility. California lifted its regional lockdowns.

Moderna plans to begin human studies of a booster shot for its vaccine to help protect against a more-transmissible South Africa virus variant. Merck & Co. is abandoning its two experimental vaccines.

New York is in a better place after the post-holiday spike in Covid-19 and can begin to loosen restrictions and increase economic activity, Governor Andrew Cuomo said.

Elective surgeries can resume in Erie County, Cuomo said, and more adjustments will be made over the next couple of days.

Ireland is seeing “continued rapid improvement” in the incidence of the coronavirus, a top government adviser said, as the nation reported a further drop in new cases.

There were 1,372 more confirmed cases, the lowest level since December 28, with seven deaths. While Ireland has been dealing with one of the worst outbreaks in the world in recent weeks, hospitalisations are now plateauing and may be starting to fall, Philip Nolan told reporters in Dublin.

Still, it may take another month for the number of people hospitalised to fall by more than half, he said.

France will miss its economic growth target this year if another nationwide lockdown is imposed to contain the spread of the coronavirus, Finance Minister Bruno Le Maire said on Monday in an interview with Bloomberg Television.

“If there is a decision of lockdown in France, of course it will have a direct impact on growth forecasts and it will be very difficult to meet 6% growth,” Le Maire said.

French health authorities reported a rise on Monday in the number of people hospitalised with Covid-19 by 531 to 26,924, the most since December 2. The number in intensive care has also been increasing.

The government is under mounting pressure to implement tougher health restrictions as soon as this week, as doctors and researchers sound the alarm over new, more contagious variants of the virus. Prime Minister Jean Castex said earlier on Monday there are “worrisome” indicators, and that decisions will have to be made this week.

Vaccine coverage won’t reach a point that would stop transmission in the foreseeable future, according to Mike Ryan, head of the World Health Organisation’s emergencies programme. Looking at eradication of the virus as the measure of success will mean the world is going to struggle, he added.

“The bar for success is reducing the capacity of this virus to kill, to put people in hospital, to destroy our economic and social lives,” he said. He said there are not enough vaccines right now to even serve those who are most at risk.

Separately, WHO officials said the recommended intervals between the first and second shots should be respected.

California, a recent epicentre of the coronavirus pandemic, has lifted its regional stay-at-home orders as the outbreak slows across the state and hospitalisations ease.

Four-week projections for intensive-care capacity are above 15%, according to a statement on Monday by the California Department of Public Health. That’s the threshold that allows regions to exit stay-at-home orders. The San Joaquin Valley, San Francisco Bay Area and Southern California had been under the restrictions.

The most populous state will return to its four-tiered reopening system for counties, with most areas remaining in the purple tier with the tightest restrictions. Still, lifting the stay-home rules will allow businesses such as outdoor dining to resume.

Italy has fewest cases since October 14

Italy reported a first case of the new Brazilian virus strain in Varese, Northern Italy, on Monday, according to Ansa newswire.

The country expects a four-week delay in vaccinations of citizens over 80 due to a slowdown in Pfizer dose deliveries, according to Deputy Health Minister Pierpaolo Sileri.

UK has fewest cases since mid-December

The UK on Monday reported the lowest number of new cases since the middle of December, as Prime Minister Boris Johnson said his government would start considering which measures could be relaxed from the beginning of next month.

The further 22,195 new cases come amid a series of positive data points for the country that’s been among the worst-hit in the world. The average number of new cases has been falling consistently since the beginning of January. Last week the “R value” indicated the virus was no longer spreading exponentially, and the number of people in hospitals is slowly falling.

Those indicators hint at an impending peak in the number of deaths being reported each day, which last week hit a record of 1,820. There are still thousands of people on mechanical ventilation, and hospitals are still under significant strain.

Earlier on Monday, Johnson warned that lifting a lockdown too early could risk triggering a new surge of infections in the UK, but his government will consider relaxing measures from February 15.

Anthony Fauci, director of the US National Institute of Allergy and Infectious Diseases, is worried about delays to the second dose of Covid-19 vaccinations.

“I’d be concerned, because you don’t get full efficacy until you get that second dose,” Fauci said on a virtual World Economic Forum panel moderated by Bloomberg’s editor-in-chief, John Micklethwait.

France on Saturday recommended doubling the amount of time between the first and second shots, days after the US Centers for Disease Control and Prevention said the follow-up doses could be given up to six weeks later.

Moderna plans to begin human studies of a booster shot for its vaccine to help protect against a more-transmissible South African virus variant, after a test showed it may be less potent against that strain.

Even with the lower antibody levels, the existing vaccine should offer protection against the South African strain, Moderna said. But study results may indicate that immunity will wane faster, the company said.

South Africa’s death toll from Covid-19 is likely to be far higher than the official number of 40,874 reported so far, with the country struggling to contain a new, more transmittable virus variant.

There were 112,280 more deaths from natural causes than would have been expected between May 6 and January 16, the South African Medical Research Council said. Weekly excess deaths, a measure of mortality exceeding historical averages, reached a record 16,093 by January 10, the highest since the epidemic struck in March.

Poor international collaboration and a lack of preparation is hindering nations in stopping Covid-19, according to AstraZeneca’s chief executive officer.

“What has not worked very well is global collaboration and better preparedness,” Pascal Soriot said on an online World Economic Forum panel. There has been “a little bit of ‘me first’ behaviour.”

Trial results from Merck’s V590 and V591 were “disappointing, and a bit of a surprise,” said Nick Kartsonis, senior vice-president of clinical research for infectious diseases and vaccine.

Both shots generated fewer neutralising antibodies to halt infection than other Covid-19 vaccines, and produced inferior immune responses compared with people who had naturally contracted the coronavirus. Neither of Merck’s candidates was ultimately among the six primary vaccines in the US government’s Operation Warp Speed portfolio, though its leadership watched them closely.

“She made it clear that she expects AstraZeneca to deliver on the contractual arrangements foreseen,” commission spokesman Eric Mamer told reporters in Brussels. The commission, the EU’s executive arm, last year signed an advance purchase agreement with Astra on behalf of member countries for as many as 400 vaccine million doses.

Croatian Prime Minister Andrej Plenkovic said that the “vaccine diplomacy has turned into vaccine hijacking”. He told reporters, “Those who aren’t tied with contracts such as EU members have, are ready to pay more.”

A first batch of about one million doses of vaccine is expected to arrive in Hong Kong from Germany in late February.

The closure of Israel’s international airport to passenger flights may be extended by at least a month. While Israel’s vaccination drive is proceeding quickly, infections are also spreading rapidly, apparently due to variants of Covid-19 arriving with travellers, Sharon Alroy-Preis, head of public health at the ministry, said. The government said over the weekend the airport would be closed until at least the end of January.

Last week, Israel extended its lockdown to the end of January to keep cases down as it progresses with its vaccine campaign.

Moderna cancelled its planned vaccine delivery to Poland scheduled for Tuesday, Michal Dworczyk, chief of staff to the country’s prime minister, said. Supplies are now expected to arrive over the weekend at the earliest, he told reporters.

The Dutch health agency RIVM said that the second batch of its Modena vaccinations would be delayed by a couple of days. DM

#PeoplesBudget: Lack of public participation and accountability in #2021Budget will hurt the poorest of the poor

Reflections of a Wayward Boy: Stateless (and hatless) in Tangier

Eerste River: Parents and pupils resort to makeshift school under the trees after WC Education Department lets them down

Turf wars: Seven gunned down in Cape Town gang violence in one week