From meals to wheels: how bread tags are being transfor... 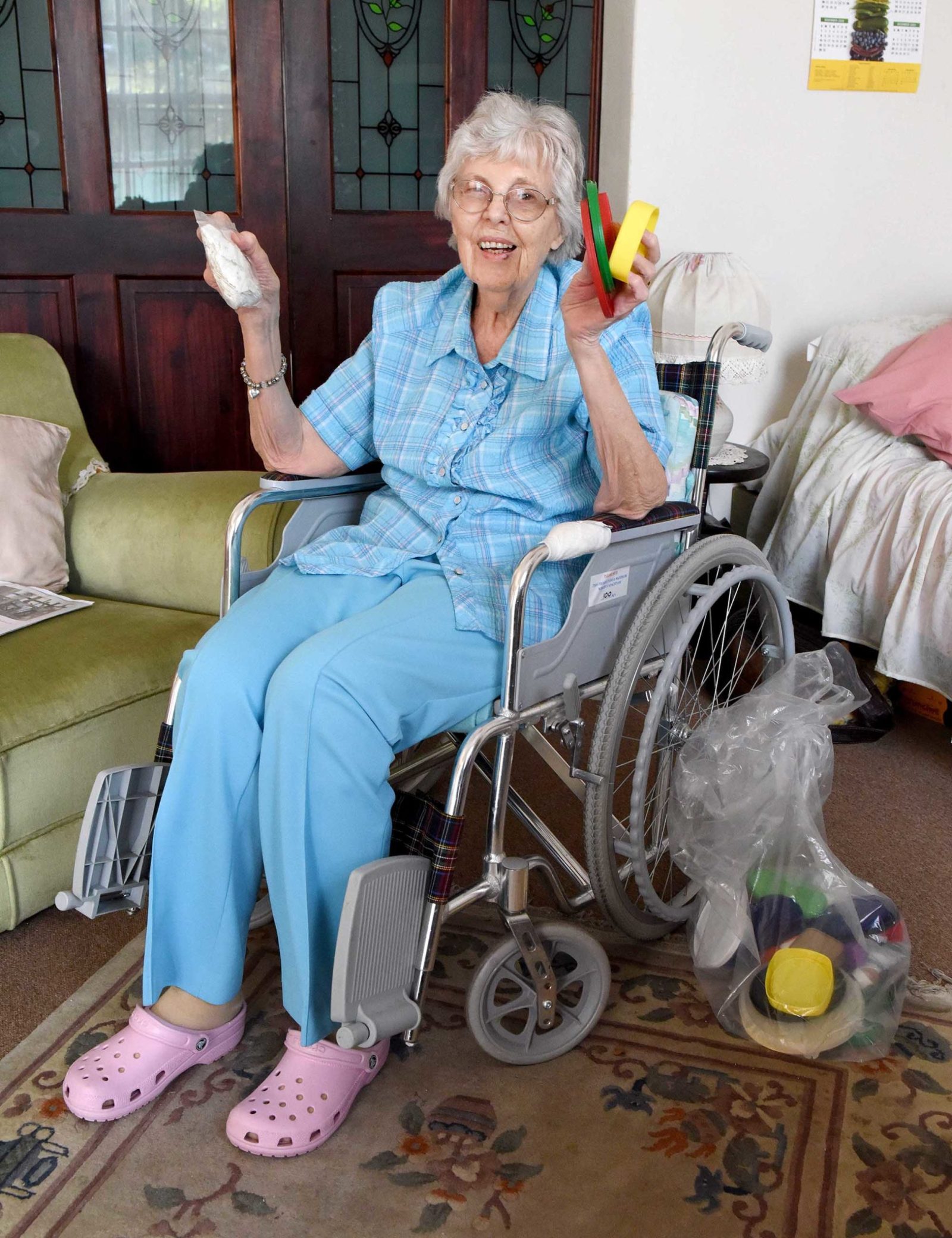 For the past year, Maud Viveiros, 88, has been getting around in a wheelchair instead of a walker, thanks to the Bread Tags for Wheelchairs project.

“This wheelchair has been such a blessing. I can’t stand or walk for too long, otherwise I get dizzy, so they got me this manual lightweight wheelchair and what a relief it’s been,” said Viveiros, who lives with her daughter in Cape Town.

She has been diagnosed with bilateral oedema of the lower limbs. “[Standing and walking] for a long time wasn’t that bad, but it got worse the older I got. [Before getting the wheelchair] an organisation I used to volunteer for gave me a walker,” she said.

“But I’ve now given the walker to my daughter because she has a bad back. The wheelchair has been such a huge relief and blessing because now I can move around the house more easily,” Viveiros told DM168.

Viveiros’s new wheelchair was made possible by Bread Tags for Wheelchairs, which collects tags to sell to recycling companies so that it can buy wheelchairs.

“The story of how this started starts with Mary Honeybun, who was a nurse for many years. When she retired she thought of other ways to help those in need.

She decided to collect bread tags in order to buy wheelchairs for the underprivileged,” said Lorna Norris, who took over the project in 2015.

According to the organisation’s website, Honeybun’s nursing experience “showed her how important it is, both physically and emotionally, for a person disabled by an accident or a medical condition to have the mobility that a wheelchair gives them”.Honeybun and a few volunteers started the project in 2006 in South Africa, where 2.8 million people live with a disability. In April 2008, the first wheelchair was handed over, said Norris.

The organisation, which is mostly made up of about six to eight volunteers, had to date distributed 849 wheelchairs, Norris told DM168.

“It’s absolutely amazing when you see a child who has had to crawl or be carried by family members get a wheelchair. Seeing their joy at being able to move more freely is incredibly fulfilling,” she said .

Bread Tags for Wheelchairs doesn’t just collect bread tags. It also collects plastic lids from milk, juice and water bottles, and from peanut butter, mayonnaise and yoghurt containers. It takes 450kg of tops to raise enough money for a wheelchair. It takes 200kg of tags to bring in enough money to buy one wheelchair.

The tags are recycled into items such as coat hangers, picture frames and seed trays, commonly found at nurseries.

Each month the organisation repacks and delivers 300kg of tags and a ton of plastic lids.

When DM168 visited Norris’s home in the southern suburbs of Cape Town, the most noticeable thing in her garage was about 20 big blue and black plastic bags lined up on the right side of the garage, filled to the brim with bottle caps.

“All of these bags in total could buy one wheelchair,” said Norris.

A shelf in the garage is covered in bread tags. People can drop their bottle caps and bread tags at various collection points across the country. “The place that we buy wheelchairs from kindly collects them from people who [serve as] collection points in the greater Cape Town area when they are in the area doing deliveries. People outside of that have to get them to us themselves,” said Norris.

Because the organisation is mostly made up of volunteers, it relies on schools, community halls and sometimes people’s homes for collection points. “But the issue with people using their homes as collection points is that many people don’t want strangers in their homes,” said Norris.

With Covid-19, schools and community halls became unavailable. “But the response has nonetheless been very good [during lockdown], although it was quite slow at the beginning of the hard lockdown,” said Norris.

There are more than 20 collection points across the country, which are listed on Bread Tags for Wheelchairs’ website.

To get a wheelchair, people can apply on Bread Tags for Wheelchairs’ website. “We get a lot of applications and we try really hard to keep up with the demand. Right now, we’re in the process of handing over our 850th wheelchair,” said Norris. A doctor’s diagnosis and affidavits are required when applying for a wheelchair.

In her garage, Norris showed DM168 a new manual wheelchair. “I have this wheelchair over here that’s broken and it needed to be fixed, but I thought, ‘Why not just get a new one?’” said Norris.

“There are obviously different sizes because people have different disabilities and needs, but the cheapest wheelchair you can get costs about R1,100,” said Norris.

In a country where people living with disabilities have limited access to employment and schooling, and often depend on the R1,860 disability grant, Bread Tags for Wheelchairs eases the burden for low-income families in need of wheelchairs. DM168

To find out more about how you can help Bread Tags for Wheelchairs, visit https://breadtagsforwheelchairs.co.za