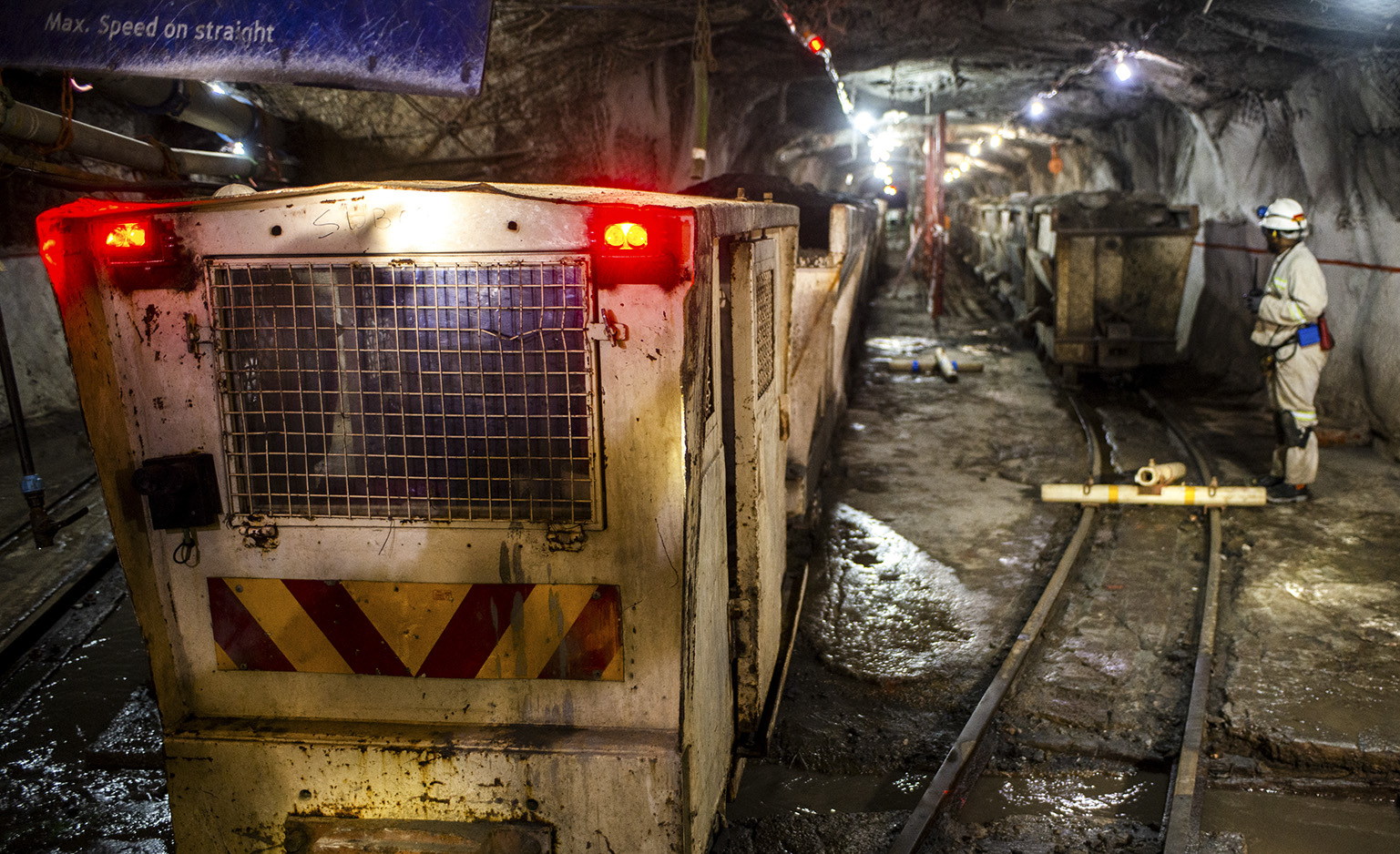 Despite the average annual consumption of 300 million tons of commercial explosives in the country, the safety record is relatively clean. (Photo: Waldo Swiegers/Bloomberg via Getty Images)

The police minister needs to fast-track explosives regulations to stop the illegal trade and safeguard the public.

At about 21:30 on 12 November 2020, an explosives truck was transporting around 20,925kg of commercial explosives. Between Delmas and Leandra in South Africa’s Mpumalanga province, the driver realised a rear tyre was on fire. He pulled over and warned oncoming traffic to move to safety.

The explosives detonated minutes later, causing a massive blast felt almost 100km away and leaving a crater several metres long and deep. Due to the driver’s swift action, no injuries or fatalities occurred.

Huge quantities of explosives are regularly transported on public roads in South Africa. That truck was one of many travelling every day to deliver its consignment to mines in the country. While the volumes being carried for legitimate business purposes present a controlled risk, a more worrying threat is the illegal movement of explosives in South Africa and the region.

The manufacturing, transportation, storage and use of explosives are regulated by three different acts and their accompanying regulations in South Africa: the Explosives Act 26 of 1956; the Mine Health and Safety Act of 1996, and the Occupational Health and Safety Act of 1993. Enforcing these laws is the responsibility of the South African Police Service (SAPS), Department of Mineral Resources, and Department of Employment and Labour.

The Explosives Act regulations cover the safe transport of commercial explosives. Licensed trucks must travel at night to avoid daytime traffic. Explosives must be carried according to their categories which means only compatible classes of explosives can be transported in the same vehicle. These rules aren’t followed when explosives are moved illegally, increasing the risk of accidental detonations.

Despite the average annual consumption of 300 million tons of commercial explosives in the country, the safety record is relatively clean. Nonetheless, the risks of transporting explosives are real and accidents can happen, as happened in the case above.

Organised criminal networks use illegal explosives in crimes such as cash-in-transit heists, ATM bombings and illegal mining, providing a great return on investment for all involved. According to the latest police crime figures, there were 64 cash-in-transit robberies nationally from July to September 2020 – a 60% increase from the same period in 2019.

The arrest of a truck driver smuggling illegal explosives at the Beitbridge border post with Zimbabwe in November 2020 further exemplifies the problem. Police discovered 115 blasting cartridges and 100 connector capped fuses on the truck in blatant violation of the regulation on transporting dangerous goods. According to international guidelines, the two classes of explosives weren’t meant to be carried in the same vehicle.

The explosives had been stolen from a neighbouring country with the intention of smuggling the cargo into South Africa. These actions by criminal syndicates endanger the truck drivers, police, customs officials, other road users and the public.

The unsafe transportation, storage and use of explosives by criminals is a disaster waiting to happen. Yet for organised crime groups, it’s just another way to make profits at the expense of public safety.

Aside from the money to be made, explosives smuggling is a viable option due to the lack of effective legislation governing the transport, storage and use of explosives in the southern Africa region. The lack of harmonised laws between Southern African Development Community (SADC) countries is also an issue, along with poor communication and information sharing between law enforcement officers from various countries.

There are several steps to tackling the problem, starting with the SAPS – the leading regulator controlling explosives in South Africa. The police are using an outdated act and the police minister should sign and promote the new explosives regulations. Although the Explosives Act was approved by the president in 2003, it is yet to come into operation. This presents a major problem for law enforcement.

A platform should be established to allow Chief Inspectors of Explosives and those responsible for the control of explosives to share information, relay new developments in the SADC region and form common practices to facilitate their work.

Where necessary, countries must update their laws and regulations in line with global standards and implement lessons on combating explosives smuggling and improving the safe transportation of legal explosives. This will provide a foundation for a strong regional response in SADC states.

South Africa needs a framework for tracking explosives, including the unique marking of each item so it can be traced back to its original owner or user. To curb the smuggling of explosives and firearms into the country, task teams comprising explosives, K9, revenue services and border control officials are needed to conduct operations at ports of entry.

SADC is a resource-rich region. This means explosives will continue to be used in mines and for other commercial purposes, and the problem of illegal explosives smuggling will persist. The risk of explosions can’t be eradicated. But better legislation and information sharing can make the transportation of legal explosives safer and help reduce their illegal trade. DM