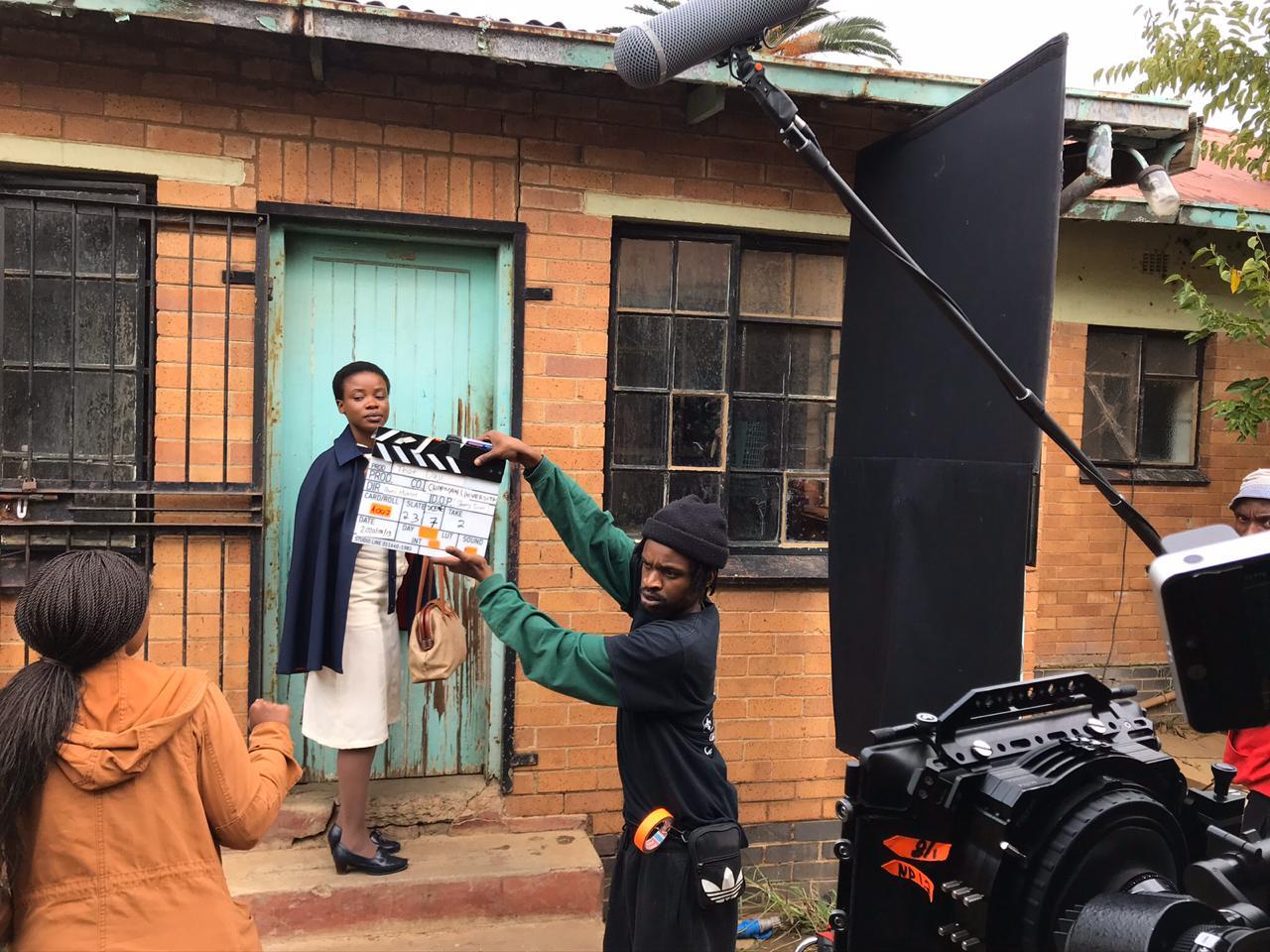 Named after the iconic Miriam Makeba song, this short film tells the incredible story of heroism in one ordinary day in South African history.

“Miriam Makeba’s song Lakutshon’ Ilanga is a tribute to the people who remain disappeared, whose families to this day don’t know what happened to them,” says writer and director Phumi Morare on the inspiration for her new short film.

The film opens with documentary-style footage of some of the acts of violence black South Africans were subjected to during apartheid, but this is not a story of large-scale resistance – it is a story of one day, one family and one act of tremendous courage.

Lakutshon’ Ilanga tells the story of Lerato, a black nurse living in Soweto, played by Zikhona Bali, who embarks on a journey to find her missing brother. Set amid rising tension and turmoil in 1985 South Africa, the story is personal for Morare.

“It’s inspired by something that happened to my mom when she saw her brother getting abducted by apartheid police,” she says.

“She told me the story six years ago, and when she told me I was surprised that I’d never heard it and that she told it in such a casual, nonchalant way.”

The film explores Lerato’s mission to find her brother Anele, played by Aphiwe Mkefe, who is involved in resisting the apartheid regime.

Mkefe says he modelled his character on young activists living in Soweto in the 1980s, tapping into their realities.

“My research was based on young political figures during that time [who were] also based in Soweto. Doing research gave me insight into what people of that age were thinking and doing and what they felt about what was happening.”

It’s a South African film through and through, and Morare has skilfully woven history throughout. As Lerato moves through Soweto the film pays tribute to the men and women who fought against apartheid.

“One of the locations for the film was the Orlando East Communal Hall and we found out that Robert Sobukwe used to host meetings there, and that’s also where the PAC was founded by him. It felt really special to us to be able to use that location,” Morare says.

In another scene a mother searches for her son, whose last name is Mashinini, Lerato overhears. “That was also a little tribute to Tsietsi Mashinini, one of the leaders of the Soweto uprising,” she explains.

“It is a South African story to the core. It celebrates everyday South Africans and it’s preserving our history,” says Mkefe.

“We’re in a space now where the media don’t really look back anymore. I think there’s a little bit of a disconnect with the youth of today because we don’t really know where we come from and it’s stories like these that give us insight and a reminder of our heritage.”

When Lerato turns a corner she sees Anele being loaded into the back of a police van and she decides to fight off the police officers to prevent her brother meeting the fate of so many young men.

“My mother, and also Lerato, they’re not heroes by choice, but by circumstance and necessity, and that ability to access that inner heroism is really interesting to me,” Morare says.

It’s a sick-to-your-stomach, nail-biting scene, with the taste of blood and Joburg dust in Lerato’s mouth – and Anele is released.

“She intervened and the result of her intervention was successful. I was inspired by the fact she did it, because during that time she was probably considered the lowest member of society, as a black woman living in apartheid, and so she was able to access and unleash this inner power. I was impressed by the audacity of that and the idea that we have this inner strength that can help us overcome insurmountable odds, and I thought it was a beautiful way to showcase the quiet heroism of an ordinary black woman.”

As Lerato limps away into the Soweto twilight, leaning on Anele, Morare’s final tribute is played, the song that she says has been a part of the film from the start.

“Lakutshon’ Ilanga was written in the script from the beginning and it was something that was really meaningful to me. The themes of the song of a disappeared loved one [who] you go searching for I thought resonated with the story,” she explains.

“A lot of people doubted my ability to get the rights to the song; it’s really difficult for small independent projects to get access to such an iconic song, but I really felt I needed to try.”

Lakutshon’ Ilanga is premiering at the Clermont-Ferrand International Short Films Festival in France from 29 January to 6 February, and Morare hopes to showcase it at many other film festivals throughout 2021. A South African release date is still to be announced.

“I wanted Lakutshon’ Ilanga to be a tribute to the black mothers in South Africa who have had to overcome impossible odds to help many of us to thrive, and I wanted it to be a tribute to ordinary Africans who have unnoticed, quiet heroism every day,” Morare says.

“I hope audiences will see that we can find ourselves in circumstances where we can unleash an inner power to overcome something that seems impossible.” DM/ML