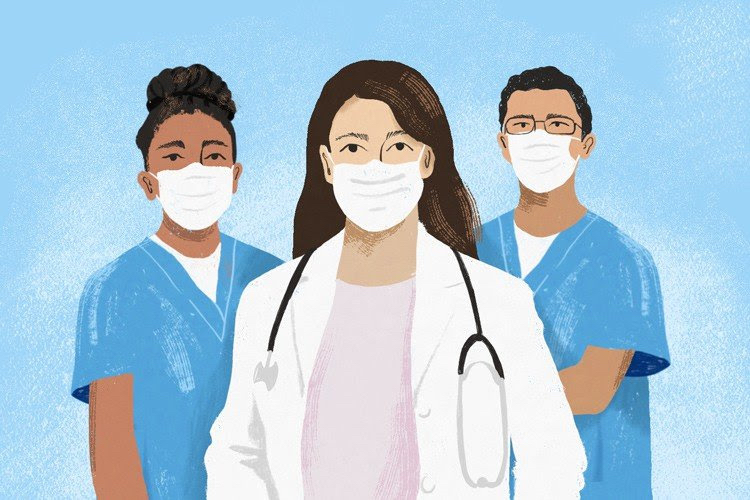 Eastern Cape health spending was higher than both the Western Cape and Gauteng yet it was unable to provide a better system than in either of the two provinces, according to statistics. (Illustration: Lisa Nelson)

The years-long practice of using foreigners to plug gaps in the British health system is insensitive and morally questionable, doctors write in the 'South African Medical Journal'

Two doctors have written a scathing letter in the South African Medical Journal, criticising the UK for hiring a disproportionate number of health workers from foreign countries.

Professor Johannes Fagan from the University of Cape Town and Professor Mahmood Bhutta from Royal Sussex County Hospital wrote: “The UK already has one of the highest proportions and overall numbers of overseas-qualified doctors in its workforce, yet continues to actively encourage and support overseas health workers to relocate. Current UK immigration rules recognise all medical practitioners (as well as nurses, paramedics, radiographers, occupational therapists and speech and language therapists) as shortage occupations, and for migrants offered such a post in the National Health Service (NHS) grant a reduced visa fee and support with relocation.”

They point out that a recent report by the UK’s General Medical Council (GMC) “suggested that ‘overall numbers will need to rise further’”. The report said the UK will require “a continuation of the large number of doctors from overseas joining our workforce”.

This position, Fagan and Bhutta wrote, “seems insensitive to the well-documented and morally questionable problem of ‘brain drain’”.

The authors criticise the UK government’s years-long practice of actively recruiting health workers from overseas to fill the gaps in the British health system.

They point out that in 2019 nearly 35% of doctors licensed to practice in the UK had obtained their qualifications overseas.

(Since nationality is self-reported, it’s possible that these numbers are overstated by some people describing their cultural heritage instead of country of birth.)

Fagan and Bhutta refer to a 2006 World Health Organisation report which found that at least 25% of doctors in sub-Saharan Africa had migrated despite only 5% of the population having access to adequate healthcare. They also refer to an article that found that migration of physicians from low- to high-income environments does not only have economic effects; it is also associated with “excess mortality”.

He added: “There are things we can do to make it more attractive for people to stay. I am also interested to know if the South African government has approached the UK and said: ‘Hold on, stop recruiting our doctors and nurses.’ We have an agreement with other [Southern African Development Community] countries not to recruit doctors from there, with the whole idea of not doing what the UK is doing. So the question is whether or not we have picked up the same agreement with the UK and US and Australia.”

South African Health Department spokespeople did not respond to our attempts to contact them.

The UK Health Department, by email, denied it was actively recruiting health workers from low-resource countries. “The medical profession is an international mobile occupation and we are aware that a significant number of doctors from low-income or lower-middle-income countries migrate to the UK to work in the NHS of their own accord, rather than being proactively targeted.

“We are reviewing and updating our Code of Practice and list of countries we will not actively recruit from to protect weaker health systems, with engagement from other government departments and the World Health Organisation. We are also ensuring ethical recruitment practices are followed through improved agency frameworks and comprehensive guidance for recruiters.” DM