Australia cricket tour to SA still on, but…

Australia cricket tour to SA still on, but… 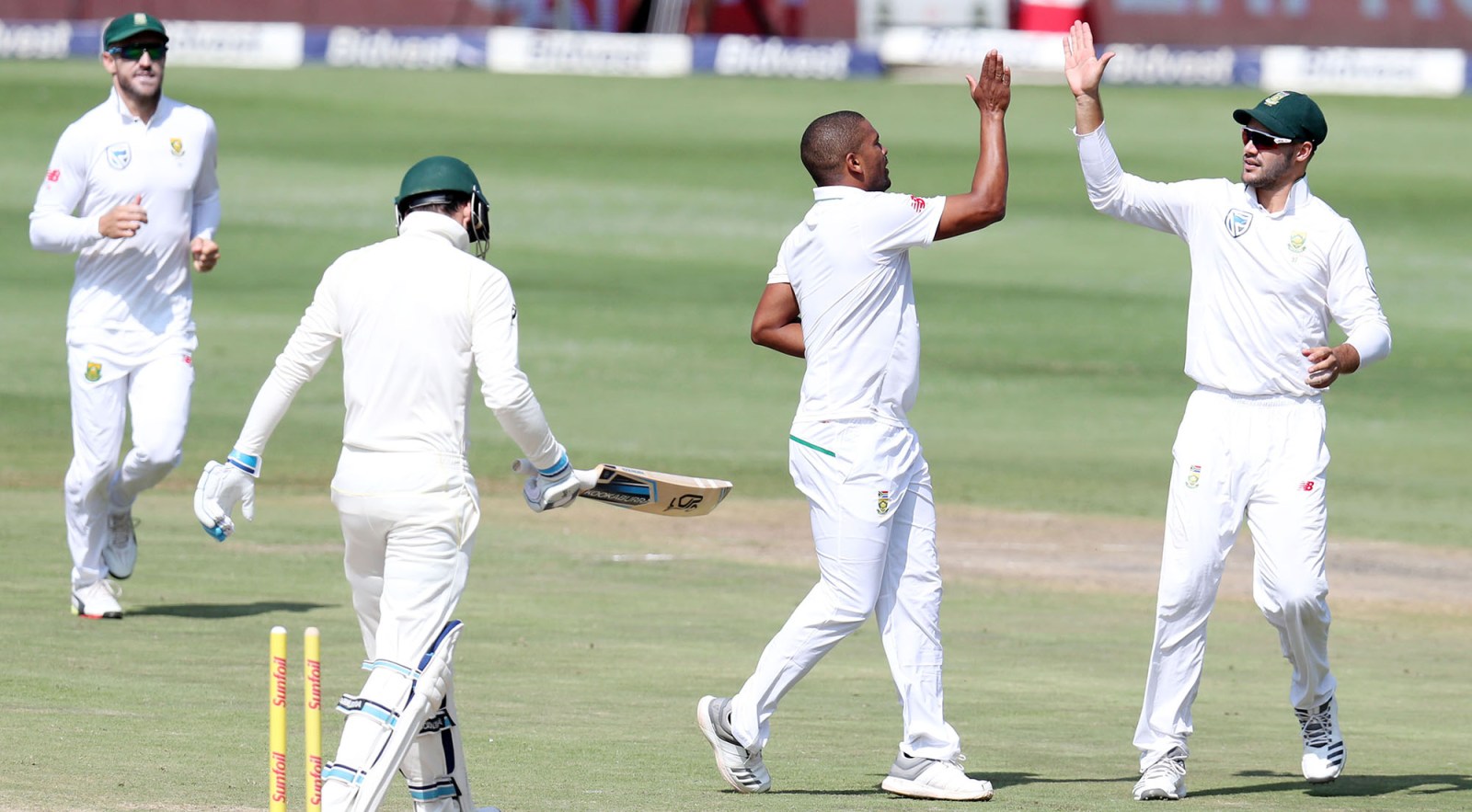 Australia’s tour to South Africa is still on, for now. But that could change in the coming weeks depending on the state of the Covid-19 pandemic and ultimately with Cricket Australia’s satisfaction that South Africa can reasonably guarantee their players’ safety.

At this stage, according to Cricket South Africa (CSA) interim board chairperson Judge Zak Yacoob, the tour is still on. But it’s tentative at best because of mounting daily cases of Covid-19.

“I had a chat with the chair of Cricket Australia [Earl Eddings] about a week ago, and we agreed that the tour is going to go ahead,” Yacoob told a media briefing on Thursday.

“We agreed that we are going to try and ensure that we are going to make sure our facilities are as good as possible; as good as necessary. We agreed that we learn every day, but that is not on the basis that we did anything wrong when England was here, of course. Because you know that none of the England people were affected. That’s the bottom line.”

England toured South Africa in November and December 2020 and were scheduled to play three T20Is and three One-Day International (ODIs). But six positive Covid results frightened them off, even though the two “positives” in their camp turned out to be false positives and two others in the Proteas squad were revealed before they went into the Cape Town bio-bubble.

It later emerged that some members of England’s touring party had played golf on eight separate occasions, at five courses around the Western Cape, which severely undermined the integrity of the bio-bubble.

Yet, it was England who left after casting stones at CSA’s handling of the bio-secure environment. It has left relations between CSA and the England and Wales Cricket Board (ECB) strained, especially as the adverse publicity spooked future touring parties after England departed after 24 days without a ball being bowled in the ODI series.

Sri Lanka, who were next into South Africa after England’s misadventure, came close to cancelling their two-Test tour. They eventually honoured their commitment but arrived with reservations. Having learnt from the England experience, both Sri Lanka and the Proteas were locked down in a secure complex in Pretoria, which included a golf course on site and other leisure facilities.

It was easier to monitor movement and retain the integrity of the bio-bubble and the tour went off without any positive tests, much to CSA’s relief.

But since then, South Africa has endured a torrid few weeks of rising infections and deaths. While the second wave of the pandemic appears to have peaked – certainly in the Western and Eastern Cape – there is no room for complacency.

“The learning in relation to this virus changes all the time, and as it changes, things must change,” Yacoob said. “We agreed that neither [Eddings] nor I know anything about this. So, we rely on professionals.

“We have doctors, virology experts, isolation experts and so on, who lead us through this process. We have adopted the approach that as long as the experts on both sides, true professionals in relation to coronavirus and health, agree that the facilities are fine, we go ahead on the basis that the facilities are acceptable. So far there is, between the chair of CA and myself, no doubt that the tour will go ahead.”

But Yacoob followed that with a rider: “We have agreed, also, that the coronavirus is so rapidly changing that we cannot predict what will happen. So, if things suddenly take a turn for the worse and the experts say we can’t do it, we won’t be able to,” Yacoob said.

“We have to pray that things don’t get so bad. The cricket supporters in our country must know that when they’re complying with distance and masking and so on, they’re doing it not only in their own interests. They’re also doing it in the interests of cricket.

“And if they don’t wear a mask, don’t keep distance, and they don’t stop driving drunk, and all that sort of thing, each of them by their contribution to expanding the virus will be making some contribution to the stopping of cricket and a whole range of other things.”

A full schedule for the Australia tour will be released “in about a week”, according to acting CSA chief executive Pholetsi Moseki.

Interim board nears end of tenure

The interim board is nearing the end of its tenure and before it signs off Yacoob wants to ensure that there is an agreement in place to have one centre of power.

The Members’ Council, the highest decision-making body in SA cricket, will be asked to cede its control to a new, independent board. That of course, is asking several notorious gravy-trainers to willingly step aside for the good of the sport.

It would require a formal alteration of CSA’s memorandum of incorporation (MOI) to achieve the necessary step. And the only way for that to occur is for the Members’ Council to make the change.

Should it happen, it would be a lasting and positive contribution to a sport that has been racked by humiliatingly poor corporate governance over the past three years. But it’s going to take some formidable persuasion to get it across the line.

“You cannot have two centres of power in one organisation,” Yacoob said. “Our preference at the moment is for the board to be the centre of power in relation to day-to-day operational matters. We should make absolutely certain that the majority of the members of the future board are independent.

“The most important thing for the interim board now is to go into the brass tacks of how to change the structure of CSA in order to ensure that it works better.

On the surface, it appears that CSA has moved forward with the interim board in place, but it’s clear that a lot more work needs to be done to ensure that governance changes are made.

At the very least though, there is a cordial working relationship between the interim board and the Members’ Council. That means there is hope that sense will prevail. If not, CSA will be back where it was four months ago. And if that’s the case, the potential loss of an Australia tour would be a minor issue by comparison. DM