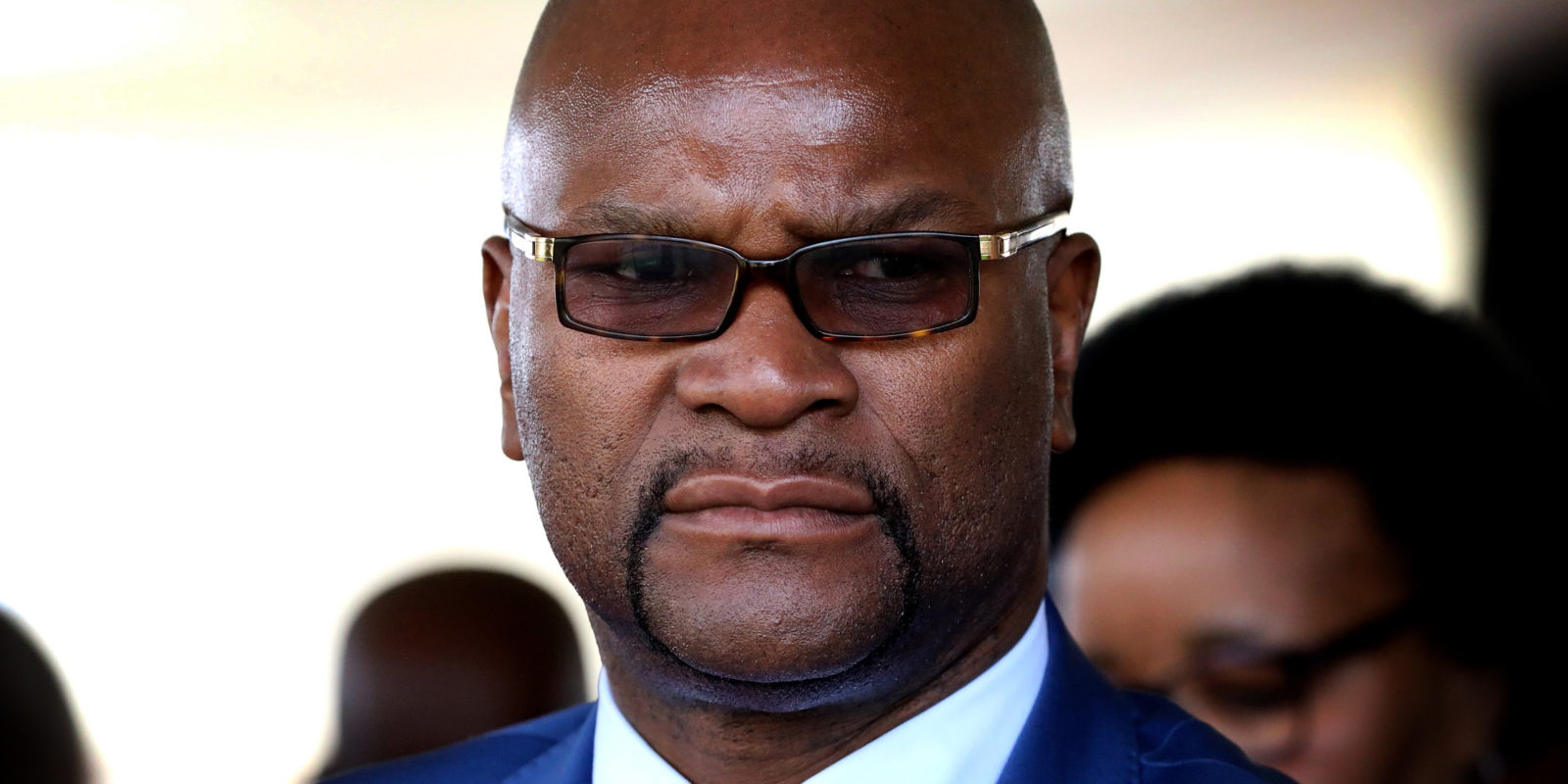 An artists’ petition calls for Minister Nathi Mthethwa’s head after claims of continued failings in his portfolio and ignorance displayed in a tweet about the state of the South African theatre industry. Mthethwa’s tweet was subsequently deleted and he apologised on Thursday. But artists say the issues remain, and calls for the Minister’s removal will not be withdrawn.

Minister of Sport, Arts and Culture, Nathi Mthethwa, has come under fire once again, after a tweet on Friday, 15 January claiming “South African theatre is alive and well”, received immediate backlash from a number of South African artists, arts organisations and members of the theatre and dance sector. Since then, a petition titled #NathiMustGo, created and signed by members of the South African arts industry, requesting his resignation by 31 January 2021, or his replacement by February 2021, has begun circulating on social media.

On Thursday morning, Mthethwa issued a media statement apologising for the “offensive tweet”, which members of the broader SA arts community accepted, but who remained steadfast on their long-standing calls for the minister to resign.

According to the media statement, the “Minister of Sport, Arts and Culture wishes to convey his heartfelt remorse for the tweet regarding theatre in South Africa. More so, in light of the fact that the creative sector has been the hardest hit by the pandemic.”

The department said it is in the process of “fast-tracking” a third phase of relief funding for the South African arts sector.

Ismail Mahomed, former CEO of the Market Theatre and one of the petition’s initial sponsors, told Daily Maverick, “We may accept the minister’s apology for his insensitive tweet but that does not detract from our call for him to resign.

“[Mthethwa] has brought the Department of Sport, Arts and Culture to its lowest ebb in 26 years through mismanagement, maladministration, poor governance and a lack of accountability,” added Mahomed.

In response to the minister’s media statement, Mahomed said that “funding strategy is not visionary” and is rather “aimed at providing quick-fix momentary relief rather than a long term strategy to rebuild a sector that has been decimated by the pandemic.”

The statement’s remarks about relief funding provide little inspiration to members of the arts sector who are waiting for much of the funding which Mthethwa claims has been allocated to the sector, said Mahomed.

The petition, which was essentially drawn up by a handful of prominent individuals in the South African arts sector and which has amassed 1,406 signatures, was “the combination of years of frustration at a minister who is incompetent within his department, to meaningfully support his sector,” said Daniel Galloway, former managing director of the Fugard Theatre, and one of the petition’s initial sponsors.

A ‘clear disconnect’ from the arts

Many South African artists are “struggling” and are “at the brink of collapse, mentally, physically and emotionally,” South African dancer, choreographer and director, Gregory Maqoma, told Daily Maverick.

According to Maqoma, the South African arts sector has experienced enormous financial hardships and personal losses since the start of the Covid-19 pandemic.

The Minister’s tweet was, therefore “a blatant lie, in terms of the picture that the minister is giving to the public,” said Maqoma. Members of the arts community are not calling on the minister to resign or be replaced simply because of the tweet, but because the tweet reflects their long standing experiences of the minister “being out of touch” with the sector, Maqoma told Daily Maverick.

“We have allowed it to happen,” said Maqoma.

The tweet “demonstrated a complete lack of understanding and a total disconnect with the theatre and dance sector,” echoed Mahomed.

According to Mahomed, it indicates that the minister has a “clear disconnect with the cultural sector” and is unaware of the suffering of the arts sector which has been exacerbated by the Covid-19 pandemic.

According to the petition, the theatres mentioned in the minister’s tweet “have generally had dark stages for months due to lockdown regulations, with some offering filmed recordings of productions”.

Many theatre and dance practitioners have died due to Covid-19, and some theatres — such as the Fugard Theatre, the Baxter Theatre Centre and Theatre on the Square — have been forced to “shut down for extended periods,” according to the petition.

For 10 years, the independently run Fugard Theatre experienced ongoing financial troubles, with the directors and managing team unable to conjure “any meaningful support” from the Department of Sport, Arts and Culture, according to Galloway. In this instance, “the Fugard ran solely and 100% on the back of the philanthropy of Eric Abraham [the founder and benefactor of the Fugard],” said Galloway.

When the pandemic and lockdown hit, and there was no financial relief offered by the Department, the Fugard was forced to close its doors and retrench staff, said Galloway.

According to Galloway, if the minister was intrinsically aware of what was happening within the industry and “the important role that independent theatres play,” there should have been some “reach-out” and support offered.

But there has been “no meaningful response, support or assistance” from the Department and the minister to help the plight of artists within the sector, said Galloway. And this has “been devastating to watch,” he said.

According to the petition, the Performing Arts Centre of the Free State (PACOFS) and the Market Theatre, two theatres which are subsidised by the Department, “have experienced debilitating governance challenges, at least some of it due to the minister’s appointment of council members despite being informed that they had abused the public resources of these institutions.”

This is just one of the many charges laid against the minster and the department in a report compiled by the Theatre Collective and submitted to parliament in 2020, according to the petition.

Daily Maverick sent queries intended for Mthethwa, to his spokesperson Masechaba Ndlovu, on Wednesday morning, with a request that comment from the Minister be provided before 5pm on Wednesday 20 January. In response to Daily Maverick’s questions, spokesperson Ndlovu, said the 5pm deadline was “unreasonable” as the Ministry of Sport, Arts and Culture “operate on a 48-hour response timeframe because there are processes that must be followed, prior to issuing out statements or media responses.”

Daily Maverick has since received no further communication from the Department of Sport, Arts and Culture on this matter since the queries were initially sent on Wednesday.

On Thursday, Daily Maverick asked spokesperson to President Ramaphosa, Tyrone Seale, to comment on the calls that have been made for the resignation or replacement of Mthethwa. A response had not been received at the time of publication.