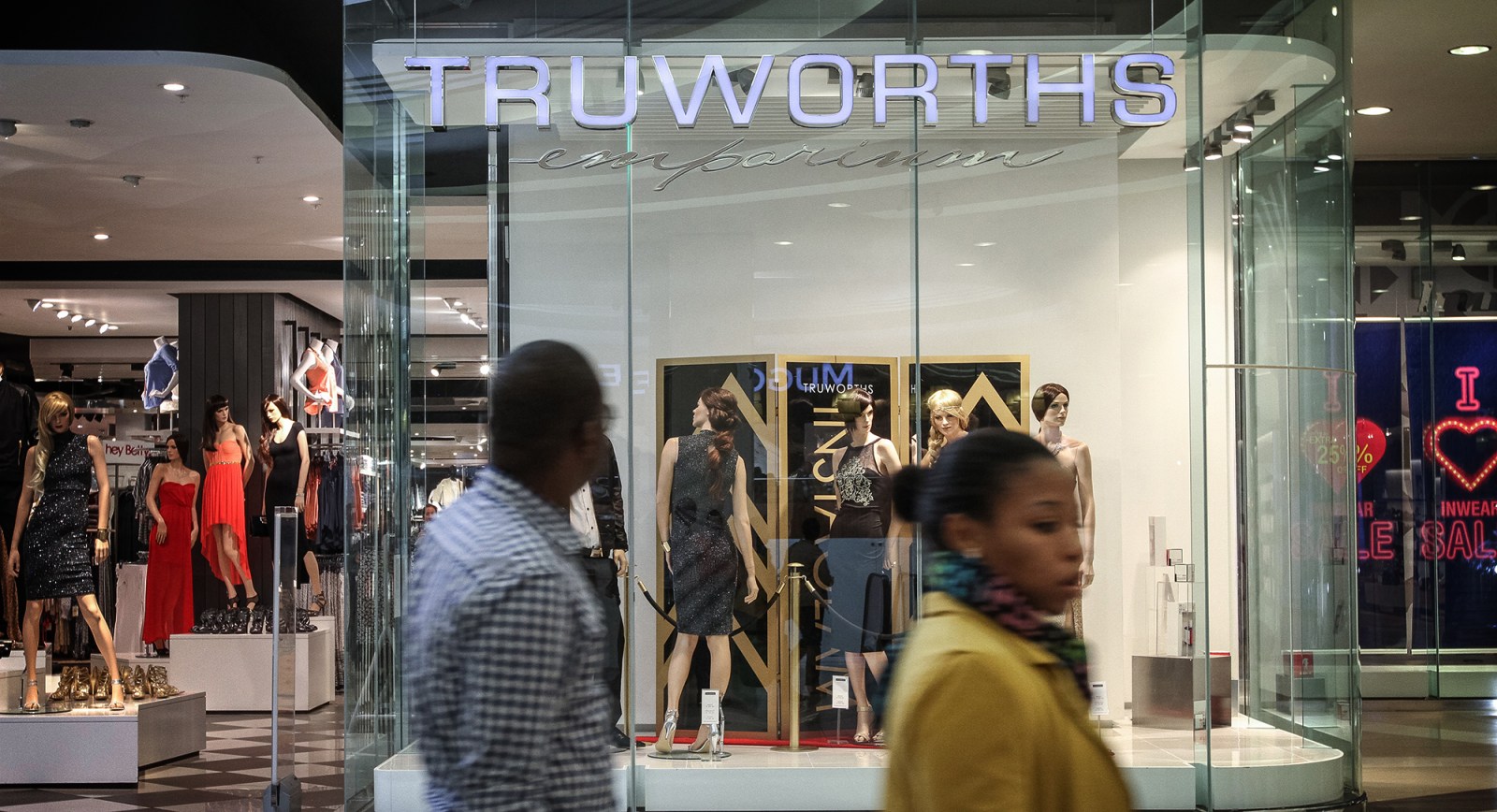 On 15 January, Truworths unveiled that group sales for the 26 weeks to 27 December 2020 – including stores in SA, the rest of Africa and its UK-based shoe chain Office – tumbled by 8.5% to R9.7-billion. (Photo: Dean Hutton / Bloomberg via Getty Images)

Truworths and The Foschini Group kickstart the reporting season of Black Friday and Christmas sales. Retail sales are under pressure as the Covid-19 lockdown has been intensified — but JSE investors are unfazed.

January is an important month on the JSE’s calendar because retail companies start informing investors about their sales over the festive season.

And judging from the updates offered by Truworths and TFG (previously The Foschini Group), Santa didn’t come for local retailers. The sales of both took a hit from the upsurge in Covid-19 cases and lockdown, which intensified well into the festive season. Even Black Friday, which is normally a sales boon for retailers, didn’t help as consumers avoided crowds for fear of contracting Covid-19.

On 15 January, Truworths unveiled that group sales for the 26 weeks to 27 December 2020 – including stores in SA, the rest of Africa and its UK-based shoe chain Office – tumbled by 8.5% to R9.7-billion compared with R10.6-billion over the same period in 2019. Sales generated by Truworths’ more than 750 stores in SA fell by 7%.

Meanwhile, TFG – which owns Jet, Markham, Foschini, UK-based clothing chain Whistles, and other brands – saw little festive cheer. TFG told investors on Tuesday 19 January that sales grew by 5.5% to R12.2-billion for the three months ended 26 December from R11.6-billion in 2019. But sales were boosted by TFG’s acquisition of 371 Jet stores from Edcon for R480-million. Excluding the Jet acquisition, sales fell by 4.8% to R11-billion.

Investors, expecting much worse, were bizarrely overjoyed by the sales numbers. The share prices of Truworths and TFG jumped 15% and 11% respectively after the release of trading updates. On Tuesday 19 January, Truworths’ share price touched R45.22, and TFG’s reached R110.57 – in both cases, these are levels last seen before the start of the lockdown in March 2020. The retail sector index on the JSE is up 4.5% so far in 2021.

So, how can share prices have a spectacular run when the outlook for the domestic economy is worrying, as lockdown rules will probably hobble any chance of recovery? Wayne McCurrie, a senior portfolio manager at FNB Wealth & Investments, said investors have already priced in the outlook of the economy, which explains why several retail shares have nearly recovered to their pre-lockdown levels. In other words, the worst-case scenario regarding the impact of the lockdown on the economy, retail sector, and consumer spending has either happened or wasn’t worse than expected.

“The market discounted more bad news than what has happened as seen in the better-than-expected results from Truworths and TFG,” McCurrie told Business Maverick.

Market watchers also believe that the lockdown didn’t affect consumers in the same way. Some consumers faced job or salary cuts, which affected their disposable income and price affordability. Unaffected consumers redirected their spending to other goods beyond essentials such as food, helping boost retail sales.

As Byron Lotter, a portfolio manager at Vestact Asset Management, put it in a note: “Things like booze and tobacco have been banned for lengths of time [due to lockdown regulations]. That money has been spent elsewhere. People have improved their homes instead of going on holiday, eaten meat instead of drinking booze, exercised instead of eating out, and consumed huge amounts of online content.”

Supporting Lotter’s views is that TFG found that consumers cut back on buying cosmetics and jewellery, but bought more homeware goods through its @home business. Homeware goods recorded the second-highest percentage of sales growth (16.3%) during the December quarter after cellphones (25.4%).

Cassie Treurnicht, the portfolio manager at Gryphon Asset Management, is cautious about backing retail shares. “Consumer spending power is now lesser than before. The blips we see in the retail share prices will eventually catch up with reality,” said Treurnicht.

The “reality” is that the economy will still be in the doldrums in 2021, the jobs bloodbath will continue, the government is no longer providing additional income support to financially distressed households during the lockdown and food inflation is rising, which will affect consumer spending and affordability. DM/BM