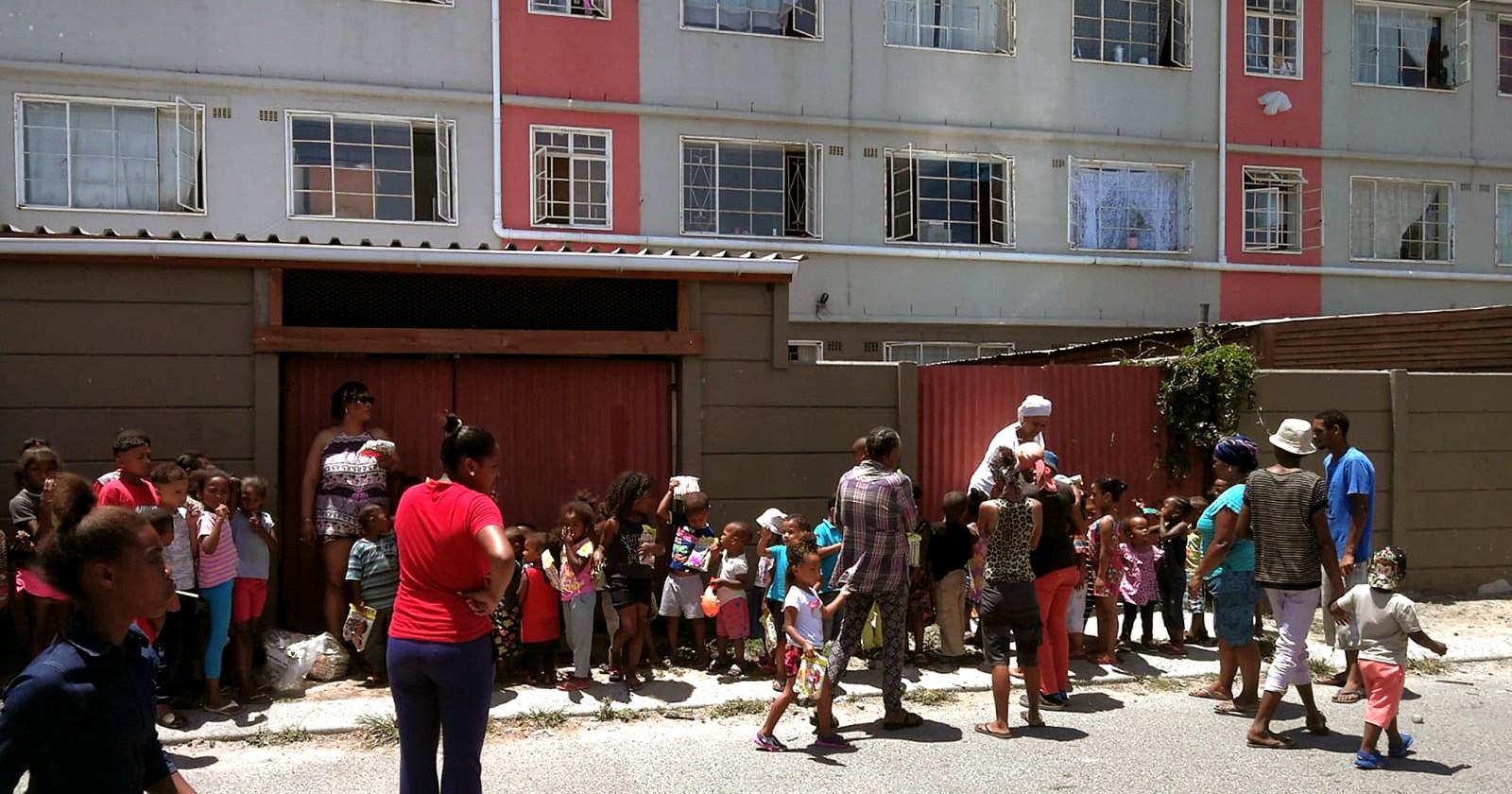 Poverty in areas like Manenberg, Elsies River and other gang-infested areas is exploited by gang kingpins. (Photo: Supplied)

Gangs on the Cape Flats and elsewhere have used the Covid-19 lockdown to entrench their dominion over communities, in some areas providing the services that the government fails to deliver.

Gang kingpins in South Africa, and more particularly in gang-ravaged areas on the Cape Flats, have adopted Mafia-like tactics by providing services that the government fails to deliver.

Richard Chelin, a researcher at the Institute for Security Studies, shared his views with Maverick Citizen on the strides gang leaders have made to be defined as Mafia-like bosses, how the Covid-19 pandemic has solidified this position and, with no sign of the pandemic subsiding, how this position will be further exploited.

Internationally, Mafia-like organised groups are criminal operations whose primary activities include protection, racketeering, high-profile assassinations, luring corrupt police officials into the network, gaining control of a community and assuming the role of police officers within that community. All of these elements are part of gang and drug operations in South Africa, which means that the country’s criminal networks operate on the basis of the Mafia culture.

Explaining the conditions that need to be in place for Mafia-like operations and how they operate in South Africa, Chelin said, “In the first instance, you need a place that is not really governed, and when I say this I mean where law enforcement is weak, people have lost trust in the police and [there are] economic disadvantages where people don’t have work.

These elements are present in most gang-infested areas on the Cape Flats and, after decades of promises, nothing tangible has been done to alleviate the fears, pain and suffering of these communities.

Chelin added that Mafia-like gangs are a worldwide phenomenon where the community within which they operate hails them as heroes or Good Samaritans.

“There is a correlation between Mafia mobs and the terrorist group Al-Shabaab. Yes, they are labelled as a terrorist group committing terrorist acts, but in that community they are providing a service, where you find they will do schools or hospitals in other parts of Africa.

“Terrorists create some form of legitimacy, governance and some form of economic opportunities within that community because the government has either disenfranchised that part of the population or that population has no trust in the police.”

He said gang leaders have cemented their legitimacy and no matter what they do, as long as the community benefits, many residents might not see anything wrong, while those who do, keep quiet for fear of retribution.

“This all boils down to governance where they [gang leaders] created a system because they saw that government is mostly disenfranchised. For instance… a closer look at gangs on the Cape Flats, you will find that these gang-infested areas are disenfranchised and either don’t have adequate policing or no economic opportunities.

“This was happening way before Covid-19 and, of course, with the second wave, we might not see a change in the pattern of these gangs. But what we might see is that more people will be recruited into these Mafia cultures trying to get food for the family or get economic opportunities,” he said.

During Covid-19, gang leaders have distributed food in the Cape Flats.

A vital component keeping the momentum going is alleged police corruption and it is clear many gang kingpins have police officers in their pockets, Chelin said, adding that they need corrupt police to keep their business going.

This aspect was revealed following the assassination of Anti-Gang Unit Lieutenant-Colonel Charl Kinnear on 18 September 2020 in front of his house in Gearing Street, Bishop Lavis.

The scale of corruption that Kinnear uncovered and the dozens of corrupt police officers who allegedly colluded with alleged underworld figure Nafiz Modack in connection with a gun licence racket is a small part of the magnitude of police corruption.

“Directly, they supply small amounts of loans or gifts in exchange for support or to use their property as hiding places. Indirectly, they have a network of people working at certain key areas where they receive benefits. There is no doubt that they would capitalise on the Covid-19 pandemic to help community members who suffered from job losses,” he said.

Roegchanda Pascoe, an activist in gang-ridden Manenberg, sketched a grim picture of the atrocities in an area where violence rules and leaders of the Hard Livings, Americans, Clever Kids and Dixies show no mercy.

A community worker in Valhalla Park, speaking on condition of anonymity, told Maverick Citizen that the entire area and parts of Bishop Lavis and Elsies River are controlled by the 28s gang.

“No developments in Valhalla Park are done without permission from the 28s. Bread deliveries are done by gang members and family members of the 28s. Extortion is the order of the day. A small makeshift 28s so-called ‘police station’ was recently established in the area where people lay complaints and offenders are dealt with by 28s members.

“People are too scared to talk about the 28s’ dictatorship running Valhalla Park like their own little township. The situation has deteriorated since the outbreak of Covid-19 and it is going to get worse with more and more people about to lose their jobs.”

“It will further enhance the mission of these kingpins because there is no way that the government is able to provide economic opportunities. If they haven’t done it in the past decades, it is highly unlikely that they will do it now.

“For instance, look at load shedding and all of that – the government doesn’t even have money for its own population. Mafia culture is nothing new. We have seen it in other countries, but in South Africa, it is only coming into the spotlight now.” DM/MC