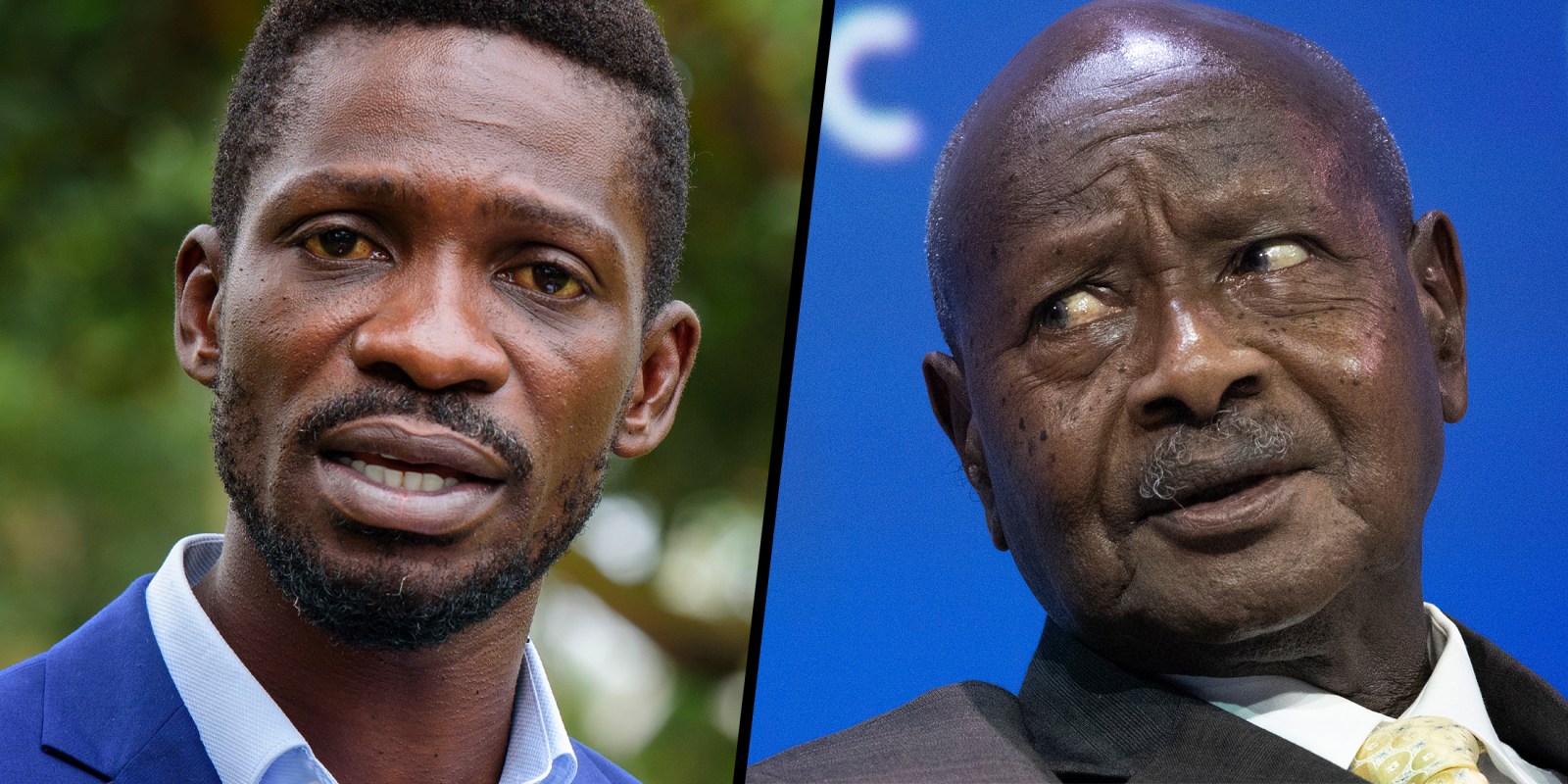 Those dreaming of change are squaring off against a man who, for 35 years, the CIA has seen as a crucial pivot against the Islamist menace in the Horn of Africa.

A 38-year-old pop music star-turned-opposition icon, his rallies vandalised by police in the glare of press cameras, his aide allegedly run down by a police van; blocked from boarding an idling airplane, and forcibly returned to a hospital when out to fly abroad for treatment.

On paper this scenario is ripe for implosion. A revolution, perhaps.

This is Uganda, where a blood-stained presidential election took place last week, on the back of youth-led efforts to unseat Yoweri Museveni, an ex-rebel who has wielded power since 1986.

In the build-up, Western monitors were largely excluded, a Canadian Broadcasting Corporation television crew was deported, 16 people were gunned down in an encounter with police in November, and the internet has been paused. It was announced on Saturday that Museveni had won the election with 58.64% of the vote.

Bobi Wine, Museveni’s youthful chief opponent, is seething with anger. After all, Uganda has one of the world’s highest number of people under 25. They rallied on the streets under the hashtag #WeAreRemovingaDictator.

Museveni, surely with tried-and-tested electoral shenanigans, will ride out the storm. But at a bloody cost.

Why? Amid such a riotous atmosphere – why has Uganda failed to break away from Museveni’s three-decade rule?

Those dreaming of change are squaring off against a man who for 35 years the CIA has seen as a crucial pivot against the Islamist menace in the Horn of Africa.

To answer, it is vital to lay out the intertwining realities of stability at all costs, cringing calls for democracy, and the war on terror that keeps Uganda rulers flush with dollars, and makes Museveni so special that his troops deployed in Somalia travel in mine-resistant vehicles that once ferried US soldiers around Afghanistan, argues Yasin Kakande, TED Talk speaker, exiled Museveni critic living in Massachusetts, and author of Why We Are Coming.

To guess whether Museveni’s autocratic rule in Uganda will survive this latest patch of unrest or eventually collapse, it is vital to point out the fiercely competing but somehow balanced realities of geography, brutal economics, and volatile global politics that converge in Uganda.

To its west, Uganda borders Democratic Republic of Congo, once an epicentre of one of the world’s deadliest conflicts since the Second World War; to the north is South Sudan where tit-for-tat killing fields are among the world’s most catastrophic humanitarian events, spilling thousands of refugees into Uganda itself; and to the east is Somalia, where a festering al-Shabaab Islamist insurgency has sucked in the US army drones for over a decade.

It is this delicate balancing position that has allowed Uganda to host the UN’s largest humanitarian flights logistics base in east Africa and to be the epicentre of US flying sorties to neutralise the al-Shabaab threat in Somalia.

Museveni was among the US’s most reliable allies, never hesitating to send Ugandan troops on behalf of US interests to influence the outcomes of regional conflicts in Somalia, South Sudan, Congo and Burundi.

“Museveni plays a role akin to the head of a brokerage firm for rebels, rebellions and peace missions,” says Kakande, who fled from Uganda, and continues to voice his displeasure over Museveni.

“He is calm; assured he will survive because he draws his strength to rule in usefulness to the CIA, not his countrymen.”

It appears Museveni wants to take matters to the grave – ruling for life and ultimately handing over the reins to one of his inner family circle. Museveni has been aggressively promoting his son Muhoozi Kainerugaba. Many pro-regime Twitter propaganda trolls call him the next president. Museveni’s son is unpopular and inexperienced in politics – but he has one crucial advantage.

“He studied in an American military academy,” says Kakande.

So, like father, like son, and in spite of the senior Museveni’s brutal excesses towards internal opponents of his rule, Western criticism of Museveni will continue to be softened by larger motives of retaining a crucial “war on terror” ally.

And of keeping him away from the creeping embrace of China and Russia. DM

Ray Mwareya is a Fellow of the Arts, Justice and Rights Academy. Nyasha Bhobo is a human rights activist and freelance journalist.