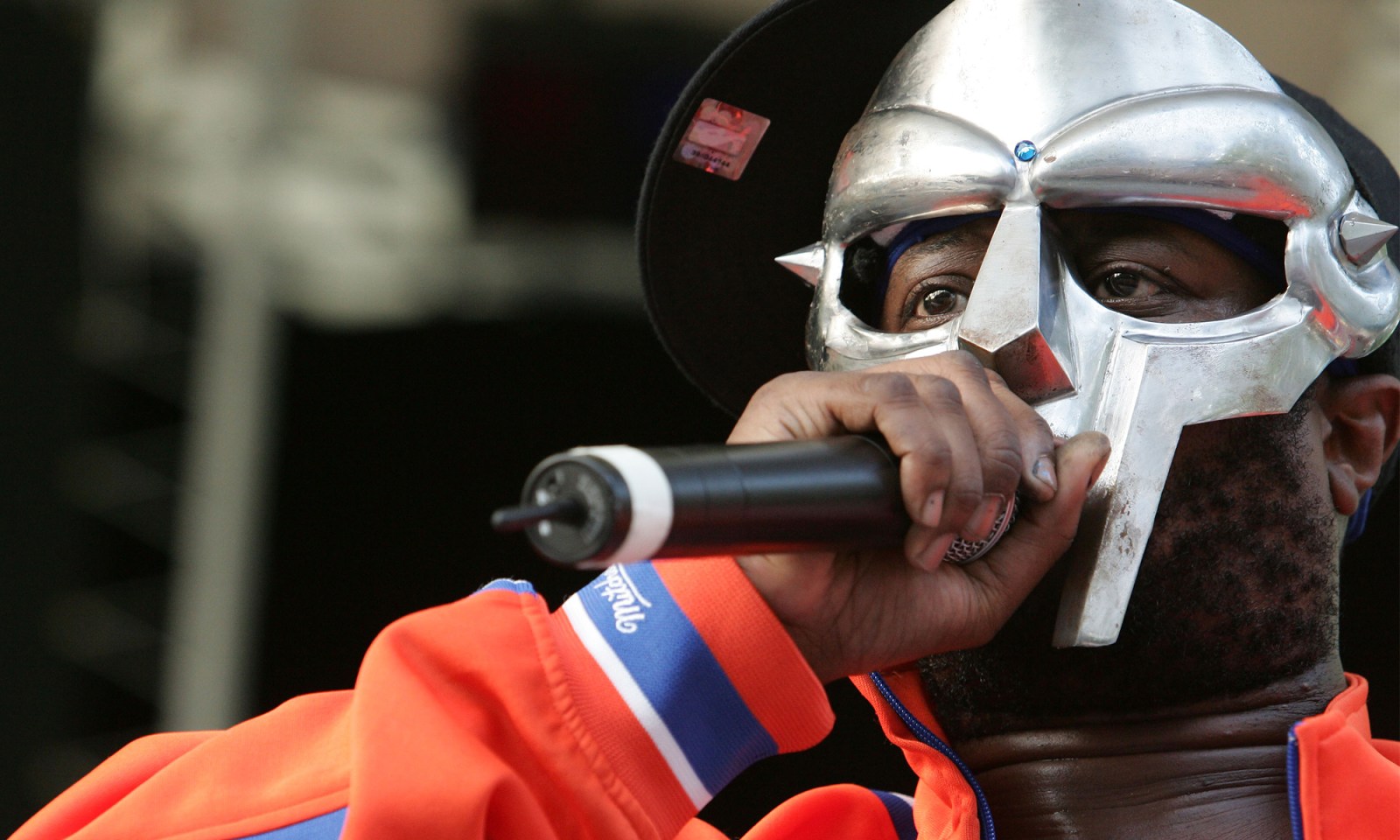 Following the death of MC and music producer MF DOOM, we revisit and pay homage to his collaborative album, ‘Madvillainy’, with iconic fellow producer Madlib.

“DOOM nominated for the best rolled L’s
And they wondered how he dealt with stress so well
Wild guess, you could say he stay sedated”

These are the lyrics flowed by MF DOOM on America’s Most Blunted, a hilarious and playful ode to marijuana, the sixth track of the Madvillainy tape; it is also the third song that was completed for the project, according to an interview MF DOOM had with music publication SPIN.

The evergreen project saw DOOM and Madlib come together as Madvillain – a duo that worked almost telepathically together. On the one hand, MF DOOM writing lyrics and MC-ing, and on the other, Madlib chopping up beats for DOOM to construct his rhymes around.

In revisiting this album, one can appreciate the obscurity of DOOM’s writing, as well as his flow; while Madlib’s genius is in the sampling. It’s an organically-made album, as impactful today as it was 17 years ago.

Peanut Butter Wolf, a producer and founder of Stones Throw Records, was credited by DOOM for connecting him to Madlib. In a recorded interview with Red Bull Music Academy, DOOM mentions how he got along with Madlib and the Stones Throw team from the first day they met and how he enjoyed how encyclopedic they were with collecting records; he also appreciated how Madlib worked on music: “He had his own unique style,” the musician is quoted as saying.

Although they weren’t often in the same room, the duo worked in a way that was natural to them. Madlib would give DOOM a CD with the music he had worked on and DOOM would work his lyrics around it, and at the end of the week, they would listen to the result. “We spoke through the music,” said DOOM.

The two artists were a match made in alternative rap heaven and the album shows how well they worked together, each in their distinctive role – rapper and mixer/producer. DOOM’s intricate rhymes and his slow-burning and scratchy flow sit well with Madlib’s chopped up and obscure samples.

Madlib’s sampling wasn’t the only thing that made this project. His sounds had some funk, jazz and soul to them, along with inspiration from comic-book, animated series, like the DC Animated Universe Justice League series. He managed to make the beats both dazzling and woozy, leaving listeners in a deep but enjoyable instrumental haze.

Although both artists had projects that were and still are appreciated by hip-hop purists – MF DOOM’s Mm..Food album that was also released in 2004, or Madlib’s collaborative albums with Grammy-nominated Freddie Gibbs – Madvillainy remains a landmark project for both.

Like a lifelong friend that you can still spend quality time with, listening to Madvillainy is like being introduced to a hip-hop underworld that no ordinary music listener usually has access to. As pretentious as it could sound, enjoying this album makes you feel like your taste levels aren’t as surface level as listening to current, more popular hip-hop. At a time where 50Cent and Eminem were polarising the mainstream, Madvillainy was trailblazing the underground scene.

In October 2013, the album was included in music publication NME’s top 500 Greatest Albums of all time, placed at number 411. And in September 2020, Rolling Stone placed it a little higher, in 365th place. In the Billboard charts this year, the album is in the top 50 and peaked at number 42.

Both DOOM and Madlib are eclectic musicians. This sample-heavy album draws inspiration from music as far back as the 1960s and 1970s. Madlib’s sampling shows how far back his inspirations go and some are hard to pick up, but Madlib’s craftsmanship and extensive record collection are also what make him stand apart.

“I’m always doing music or listening to music. I’ll take two months off just to listen to records and not do any music so I can absorb all that and then when I go do my music it’s all in me. I’ll listen to a different genre every two days or something, study it, 24 hours straight. It’s just in me. I wanted to be like a librarian, that’s what the whole goal was. When I die, they might look at my record collection like that, you never know,” he told Dazed and Confused Magazine in a January 2014 interview.

The 22-song album has a number of standout samples. A song like Accordion has an instrumental sampled from Daedalus’s Experience – an unusual electronic string sound that Madlib manages to slow down and add some bass to.

Meat Grinder has an intro that’s sampled from a 1969 song by The Mothers of Invention called Sleeping in a Jar and as the song progresses, a 1975 song by Lew Howard & the All-Stars called Hula Rock suddenly dominates the music, adding a faster tempo that allows DOOM to flex his unique rhyme construction and flow.

Raid is sampled from Nardis by the Bill Evans Trio, which Madlib infuses with 1972’s America Latina by Osmar Milito e Quarteto Forma. Madlib dips into the 1960s again with America’s Most Blunted being sampled by Fever Tree’s song Ninety-Nine and One Half’.

Madlib gave DOOM a lot to work with: CDs that the late artist would choose and add his lyrics on the beats. “Otis [Madlib] has the arrangement and the production already done, so I don’t change anything when he gives me the beat tape. He would give me the beat already done, and I write around the song. Even the choruses and the cuts, the samples are all there. ‘America’s Most Blunted’ already had the sample in there. So I had to write a song around the existing chorus that was there, and still have it feel like it made sense,” he explained in  SPIN, where he was interviewed by Will Gottsegen in March 2019, for the 15th anniversary of Madvillainy.

Another element that added to the obscurity of Madlib’s production is the weird off-the-wall skits that he incorporated into the project. From the comedic pro-marijuana usage skits, the comic-book skits and bits-and-pieces from old movies, Madlib’s production on Madvillainy is an atomic bomb of his sonic muses – all packaged into 46 minutes and 22 songs. Frustratingly short for some, it is also perfectly short for those who prefer punchy records that are easy to loop over and over again.

The iconic album cover was designed by Stones Throw Records’ art director, Jeff Jank. Drawing inspiration from Madonna’s self-titled debut album that’s also a black-and-white portrait with a touch of orange on the text, the Madvillainy cover depicts DOOM with his mask on, contrasting with the rest of DOOM’s features, a touch of orange in the top right corner adding a distinctive touch that made it so easily recognisable. The original photograph that was reworked by Jank was taken by Eric Coleman at the same house where the album was being recorded.

“Back then, 2003, DOOM didn’t really have a public image. Hip-hop heads knew he wore a mask, that he’d been in KMD a decade earlier, but he really was a mystery. So, I really wanted to get a shot of him on the cover, just to make a definitive DOOM cover. Specifically, I was thinking of a picture of this man, who happened to wear a mask for some reason, as opposed to ‘a picture of a mask’. I don’t know if the distinction would occur to anyone else, but to me, it was a big deal. I mean, who the hell goes around with a metal mask, what’s his story?” says Jank in an interview originally done by Brent Rollin in December 2011, for hip-hop magazine Ego Trip.

Following DOOM’s untimely death, which happened on Halloween, in a pandemic-ridden year that forced everyone to wear a mask outdoors, almost an analogy for DOOM’s public and artistic appearances, Madvillain fans revisited the tide-turning album; it has since inspired artists like Earl Sweatshirt, Joey Badass and Flying Lotus in both his work as a producer and rapper.

This album will be remembered for its style-bending rhymes. In All Caps DOOM commandingly says, “Just remember, ALL CAPS when you spell the man name.” We remember. DM/ML