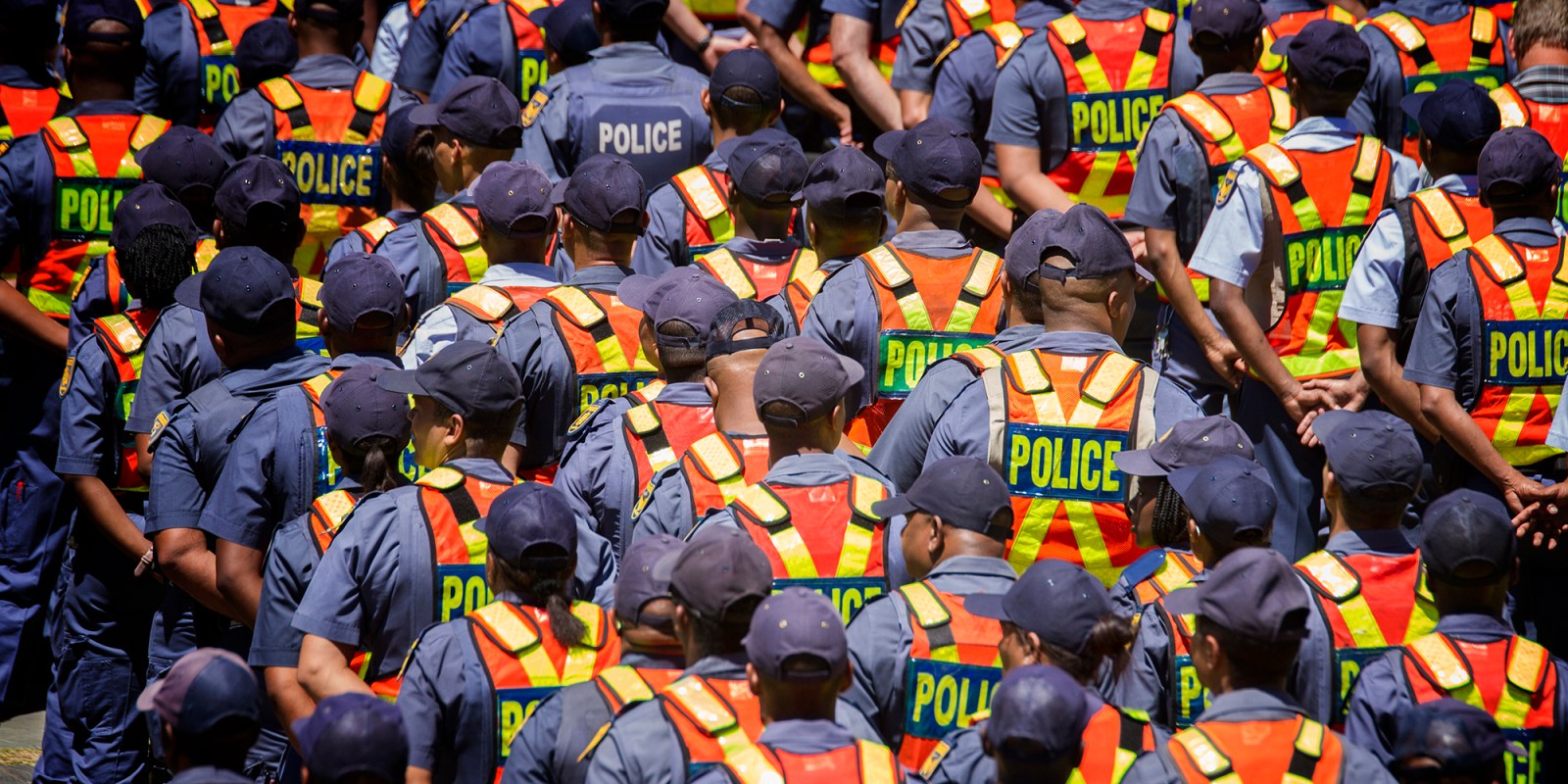 In what could have been a major transformative initiative, the SAPS Amendment Bill misses the mark. Instead, it tackles greater ministerial powers and granular detail that should be addressed in regulations and instructions. It’s a sign of the state of policing.

Officially, the SAPS Amendment Bill updates the 1995 policing law to bring it in line with the Constitution adopted in 1996 and also the 2012 National Development Plan (NDP), or South Africa’s blueprint, while incorporating important Constitutional Court rulings.

“The principal Act therefore needs to be aligned with these policies,” says this memo, adding that also included are “the relevant recommendations” from the police transformation report by the independent panel of experts established on the back of the Marikana Commission which was established after police killed 34 striking Lonmin miners on 16 August 2012.

But it’s difficult to ascertain exactly which of the panel’s recommendations have been included and which fell by the wayside, because Police Minister Bheki Cele has not yet released the independent expert panel’s report submitted to him in July 2018.

However, what is clear is the draft SAPS Amendment Bill fails in giving life and gees to longstanding transformative policing policies — demilitarisation, professionalisation and the introduction of an independent recruitment, appointment and promotions structure in the form of a national policing board.

All three policies are found in the 2012 NDP and the 2016 White Papers, and, Daily Maverick understands, also the Marikana independent panel of experts. As far back as 2015, Parliament’s police committee as part of its oversight cycle endorsed SAPS demilitarisation and professionalisation.

But the proposed SAPS Amendment Bill contains a four-liner as a statement of intent rather than detail in a new chapter of the law on those longstanding policy imperatives:

“The purpose of this Act is to:

(a)provide for a professional Service in terms of integrity, accountability and legitimacy;

Then goes on to firmly put crime intelligence, like the Hawks, officially the Directorate for Priority Crime Investigation, under the control of the SAPS national commissioner:

“(c) address the need for a dedicated capability to provide the quality and type of crime analysis and analytical products that would allow the Service to respond, both tactically and strategically, to crime challenges in the most effective and efficient manner.”

A new Chapter 6C expressly states the intelligence boss reports to the SAPS commissioner; it still allows direct reporting to the minister, but only “in circumstances where he or she deems it necessary in the interest of justice, the public interest or the security of the Republic”.

Crucially, this draft bill says nothing about the longstanding central police transformative policy proposal — a national police board for recruitment, appointment and promotions alongside setting professional standards. Such a board is proposed in the 2012 NDP, 2016 policing White Paper and, it’s understood, also in the 2018 Marikana independent experts panel report.

A national police board would minimise, if not eradicate, even the potential of political pliancy and nepotism in the SAPS that has played out in public for years.

Most recently, examples include the acquisition of spy technology for the 2017 Nasrec ANC national conference — subject to a probe by the police watchdog, the Independent Police Investigative Directorate (IPID), and court proceedings.

Other examples include the so-called Ground Coverage intelligence report submitted by then crime intelligence boss Richard Mdluli for then president Jacob Zuma in 2011 or the appointment of the politically pliant, such as the, now also former, Hawks boss Mthandazo Ntlemeza, even though he was found by a court to be dishonest.

Instead, the draft SAPS Amendment Bill pursues political priorities, often dressed in constitutional terminology, and legal technicalities that should actually be put in regulations which are regarded as secondary legislation.

While the Constitution in Section 199(1) talks of a single police service, Section 205(1) outlines how police must “be structured to function in the national, provincial and where appropriate, local spheres of government”. That’s why DA-run Cape Town, but also ANC-governed Johannesburg, Tshwane and eThekwini have their own metro police. These local-government controlled law enforcement agencies have been left alone to date.

But jumping off from Section 207 in the Constitution, the draft bill inserts a crucial qualifier in favour of the minister — “subject to the directions of the Minister of Police, the National Commissioner shall be responsible for…”, among other responsibilities, maintaining an “impartial, accountable, transparent and efficient Service”, keeping crime intelligence data and preserving national security.

This is nuanced, but depending on the personalities of the minister and police national commissioner, the door has been opened to potential political interference.

Much will be made of the draft bill’s inclusion of lifestyle audits and so-called integrity tests — described as a personality test although traditionally integrity tests are the first stage of security vetting.

But lifestyle audits, integrity tests and security vetting are not the stuff of legislation. These are adequately dealt with in regulations — deemed secondary legislation in South African law — that the police minister drafts and Parliament gets to have a look at.

Fact is, already financial disclosures are a must for all senior police managers since October 2017, according to the stringent regulations put in place by then police minister Fikile Mbalula, who also included a code of ethics that banned all police officials doing business with the state.

Lifestyle audits, if not made public — and there’s no intention to do so — are little more than financial disclosures, and add little to the already existing code of conduct and regulatory injunctions against graft, corruption and improper conduct.

But importantly, amendments also indicate a major policy development — shifting community policing forums from the police to the Civilian Secretariat for Police Services, and the inclusion of neighbourhood watches and patrols under structures ultimately leading to a national community policing board.

This dovetails with the change in language from the 1995 community police forums, implying cooperation between the two, to community policing forums, leaving the doors open to anyone except law enforcement and government officials expressly disallowed in the proposals.

The draft SAPS Amendment Bill is at the start of the lawmaking process. When exactly it will hit the national legislature remains unclear.

It’s understood Parliament’s police committee already has pencilled in a briefing session on the draft bill. However, committee chairperson Tina Joemat-Pettersson didn’t respond on Tuesday to requests for comment by telephone or text message.

The Civilian Secretariat for Police Services, which did not answer office telephones on Monday, did not respond on Tuesday to emailed questions on timelines for the draft bill. Public comments in late 2020 had to be sent to the secretariat. Depending on this, a potentially redrafted bill could be submitted to the Cabinet approval cycle before it’s finally tabled in Parliament.

The ministry also did not respond on Tuesday.

For years, policy and White Papers such as the NDP, and more recently the Marikana independent panel of experts, have emphasised the importance of SAPS demilitarisation and professionalisation — alongside human rights-based and citizen-focused policing and public civilian accountability.

Those who drafted the bill made it clear transformative policing is not on their agenda. It will be up to parliamentarians to do the right thing. DM