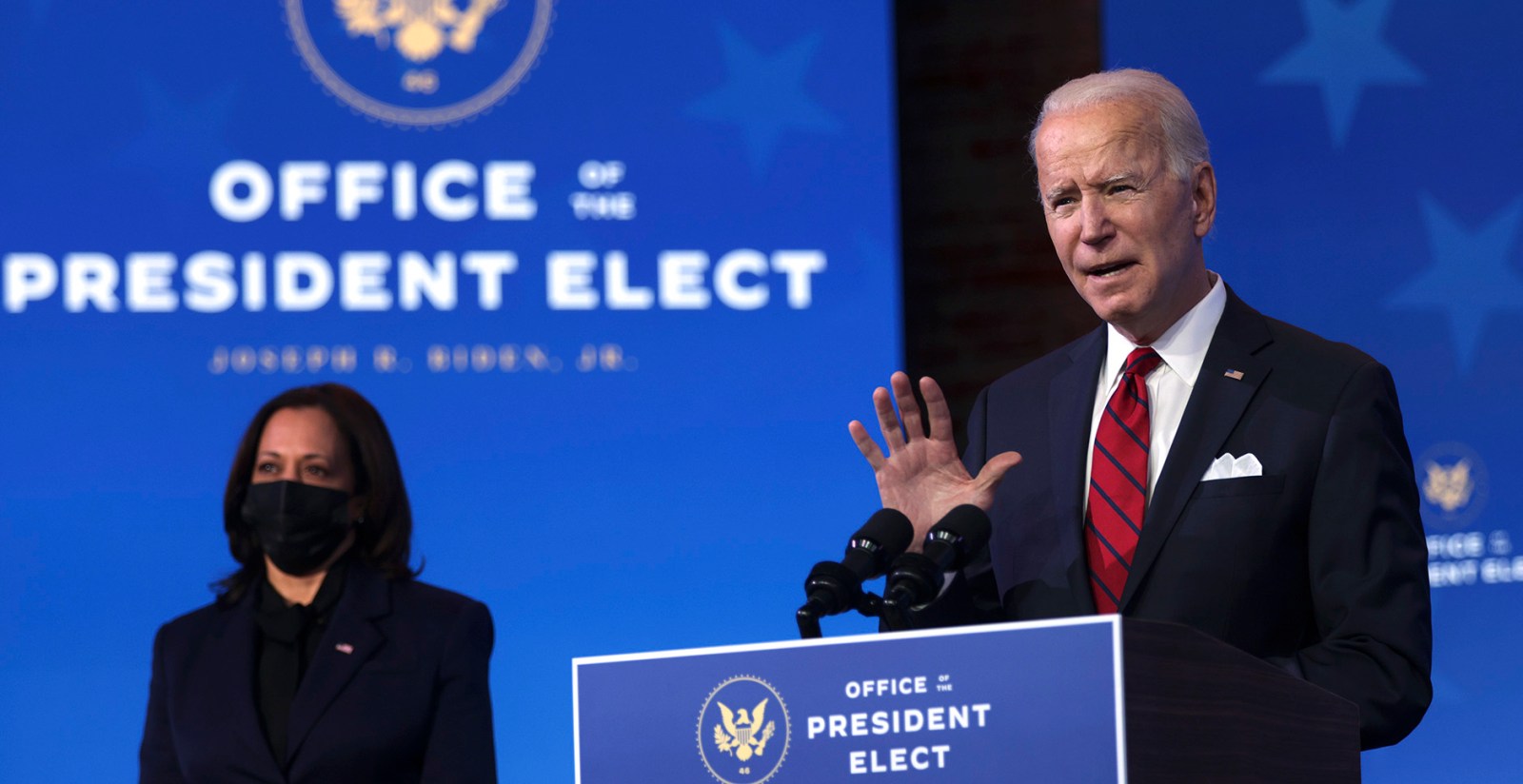 Disproving accusations from Trump and Republicans that Biden and the Democrats had stolen the vote was an arduous process, but it protected the US democracy. As a new dawn breaks for the US, its citizens are reminded that a democracy is as good as the Constitution that protects it.

The four years of the Donald Trump presidency seemed excruciatingly long and riddled with cantankerousness. However, the last two months waiting for the inauguration of President-elect Joe Biden and Vice-President-elect Kamala Harris have felt like an eternity lived in purgatory. Perhaps it’s because of the failed smooth transition of power, something that normally puts everyone at ease.

Although the US had a clear winner soon after the election that confirmed Biden and Harris as president and vice-president-elect, respectively, the unabated provocation by the sitting president, the Republican Party and President Donald Trump’s followers had to be addressed.

So much energy and time had to be spent on confirming the Biden-Harris win, even after a convincing seven million popular-vote margin over Trump, plus the 306 to 232 electoral win over the Republican candidate. No matter how arduous or seemingly mundane the task, due diligence is what is required for democracy to thrive, if not survive.

The accusations from Trump and Republicans that Biden and the Democrats had committed fraud and stolen the vote were disproved by the courts 60 times. That’s how rigorous US democracy is. The nation had to forego the pivotal process of transition from early November because of insinuations of voter fraud. States where Trump lost were forced to recount and answer allegations of irregularities over and over again, until the election results were confirmed by the judiciary in the highest court of the land.

This was less about proving to the Republicans that Biden had won. Due process is not there to prove to Trump, Republicans or Trump followers that they lost the election – it exists to protect democracy regardless of person, party or politics.

But maintaining democracy wasn’t the aim of the Republican Party. They wanted to win at all costs, even if it meant illegitimately prolonging the peaceful and purposeful transition by pressing hard against the fragile tenets of democracy.

Now, only hours away from the inauguration of our 46th president, it still feels like we are playing some fierce sort of tug-of-war between politicians and political parties, and America’s ideals and its 244-year-old history and culture. A political debate would be fine if it were about economic policy or how best to deal with the pandemic or ensure the future of democracy in the US. That would be valuable in improving the republic and supporting its constituents. Instead, the current clash is about the deep chasm that plagues the country because we have failed to address a fundamental and unspoken racial undercurrent that resides comfortably inside the US Capitol and in US homes.

Reconstruction following the Civil War and the civil rights movement in response to Jim Crow laws are vivid reminders from history that not all US citizens are for democracy. These are two prime examples in US history when American legislators, and white people in general, had the opportunity to denounce racism, reconcile with Americans wounded by an inhumane and unjust past, and celebrate democracy as was transcribed in the first line of the US Constitution: “We the people”.

Unfortunately, the “people” that the Constitution refers to in the first line and third word of our revered document speaks only to free individuals. In other words, white people. Black people enslaved by whites were considered “less than people” by law, or put another way, “not quite human”. No wonder quoting this time-honoured introduction from our Constitution is celebrated by white supremacists. The ideology of Trumpism is not predicated on “we” but “us the people”.

What is particularly daunting about Trumpism and right-wing extremism is that it is unprecedented in the history of the US. The US has had insurrections before, and from white supremacists, but not incited by a US president. Democracy is a government with elected officials voted in by the people and meant to represent the will of the people. Trumpism and white supremacy chooses whites to govern over all people for the benefit of white privilege.

The inauguration itself will not root out the cause of division made popular by white supremacy, but it represents a potential turning point. Biden and Harris’s new administration must remain resilient in identifying “We the people” as the US people, and not as “Us the white, black or brown people”. Let Americans be reminded that the Constitution protects democracy regardless of person, party or politics.

The challenge has never been greater and the opportunity never this ripe for the taking. Therefore, the “we” is now more important than ever. If it were exclusively up to Biden and Harris, the US’s rebound would be unattainable. Good thing the “we” includes every American who embraces democracy and defends it for all, not just the familiar few.

As for the time it took us to arrive at the inauguration of our 46th president and vice-president, let us remember the words of Dr Martin Luther King Jr: “The arc of the moral universe is long, but it bends towards justice.” DM/MC

Ricardo Gressel is originally from Berkeley, California, and earned his international relations degree from Stanford University. He has lived in Johannesburg for more than 20 years. He is a motivational speaker, MC and organisational change management facilitator, and a contributor to Democrats Abroad South Africa.