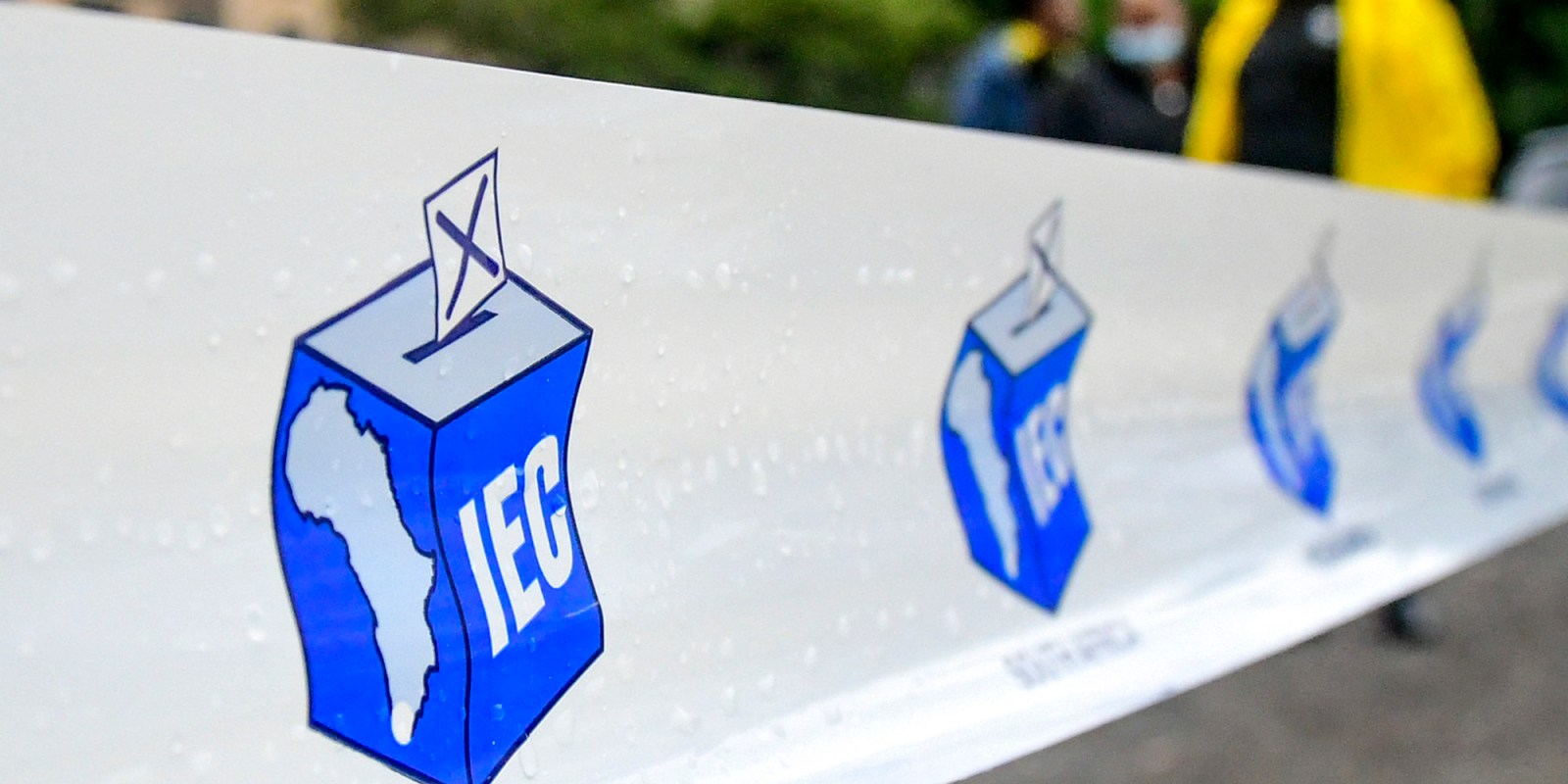 As we attempt to survive the second wave of Covid-19 there are calls for the local elections, scheduled to be held before November, to be postponed. While it is understandable that there are fears about holding an election during a pandemic, the consequences of postponing the election could be even more devastating for SA.

If we don’t have elections, are we still a democracy?

The Electoral Commission of South Africa (IEC) may be putting itself in a position that strengthens those who argue for a delay in the 2021 local government elections. This could, in the worst-case scenario, trigger a full-scale constitutional crisis.

During the first wave of the pandemic, several people discussed postponing this year’s local elections or integrating them into the national and provincial elections of 2024. As the first wave receded, so too did the discussion. Now the second wave is upon us and EFF leader Julius Malema has suggested that the 2021 polls be postponed.

Malema comes out strongly in favour of Covid-19 vaccine

It must be remembered what is actually being asked for here. A political leader (and Malema is unlikely to be the only one) is suggesting that the term of elected municipal governments should be extended without asking the voters. That people elected into office on the explicit understanding that their term would end by November 2021 should be allowed to remain in office.

This could strengthen some of the parties, but definitely not the voters.

Constitutionally, it is impossible. The Constitution is clear: Clause 159 (1) states, “The term of a municipal council may be no more than five years, as determined by national legislation.”

Imagine if someone were to propose that the ANC government should be allowed to remain in place, in national government, past 2024. There would be an uproar. Without elections there is no democracy.

How then could we claim to be a democracy if we allow parties and mayors to remain in power past their elected terms?

The Constitutional Court does not have the power to simply “allow” the government to do this. And if it did, would that not be judges removing the right to vote from voters? Thus, the only way to do it is to change the Constitution itself, which would require at least a two-thirds majority vote in Parliament.

Many would decry that as unfair, and newly formed parties would see it as an attempt by established parties to keep them from contesting elections. ActionSA leader Herman Mashaba has already said the EFF was wrong to make that call.

However, precedents being set now could complicate the situation even further.

Last year the IEC was forced to postpone by-elections during the first wave of the pandemic. Then, in December, it was able to hold a round of by-elections, and officials have said on the record they were not aware of a single case of transmission of Covid-19 during the voting process.

However, two weeks ago, after the implementation of the adjusted Level 3 lockdown regulations, the IEC said these regulations make free political activity impossible. The ban on public gatherings makes rallies and face-to-face campaigning impossible. This, the IEC says, means that any by-elections would not be considered “free and fair”, as a “free and fair” election includes the campaigning period and free political activity before the people vote.

So, while the IEC may feel that it can hold the elections without putting anyone at risk of Covid-19, voting may not be free and fair because of the ban on political activity and campaigning.

Those with something to fear from facing voters, those who risk losing power in certain councils, or those who fear embarrassment (Malema has said his party cannot win wards in municipalities) would surely be tempted to use this to argue that the polls should be delayed.

While this will start many philosophical debates about the health of our democracy, it also has important consequences on the ground.

Imagine a union aligned with the ANC refusing to accept instructions from a DA-led administration because its term had ended (as would surely be the case, considering the relationship between the SA Municipal Workers’ Union and DA administrations, in Tshwane and Nelson Mandela Bay).

Or just imagine the consequences of the apparent stalemate in Nelson Mandela Bay continuing for another four years, with no resolution (the DA is currently in the mayor’s office, but the Eastern Cape Cooperative Governance MEC, Fikile Xasa, claims their election was unlawful, and the city was without a mayor for over a year before December).

And imagine what would happen in the City of Johannesburg, where a mayor accused in public of corruption, Geoff Makhubo, who won power through a council vote (which included two DA councillors voting for the ANC) rather than being voted in by a majority of the electorate, would be allowed to stay in power after the term of this administration has ended. He would remain in office past the term of an elected government when he himself and his party did not win office through an election.

How Geoff Makhubo lied to amaBhungane

It is for these reasons that any attempt to postpone the local elections must be resisted.

This may mean that there will have to be a debate about whether it would be better to hold less than perfect, less than “free and fair” elections than to not have elections at all.

In reality, this would mean people would be able to vote (it appears this can be done safely, and voting can be extended over a week to avoid crowds), but parties would not be able to campaign in the usual way.

This could perhaps be managed with a system where the broadcasters, both public and private, arrange and allow for airtime to be given to all political parties.

The problem with this is that it would only take one political party to complain that the elections were not “free and fair” for the Electoral Court to be bound by the precedent of the case being brought by the IEC itself to delay the scheduled elections.

Legally, perhaps the only way around that would be to ensure that no political parties go to the Electoral Court. That could be arranged through proper engagements between the IEC and the parties. However, any party wanting to act as a spoiler would have a strong incentive to go to court simply because of the chaos it would cause.

Already there is evidence that our state and its democratically elected authorities lack legitimacy. Elected officials are disregarded and disrespected on a daily basis. Delaying local elections would accelerate this progress and could weaken our democracy beyond repair. And yet it appears that this is an entirely possible outcome.

It must be avoided. DM