A flying guru and a cockatoo make a little musical magi... 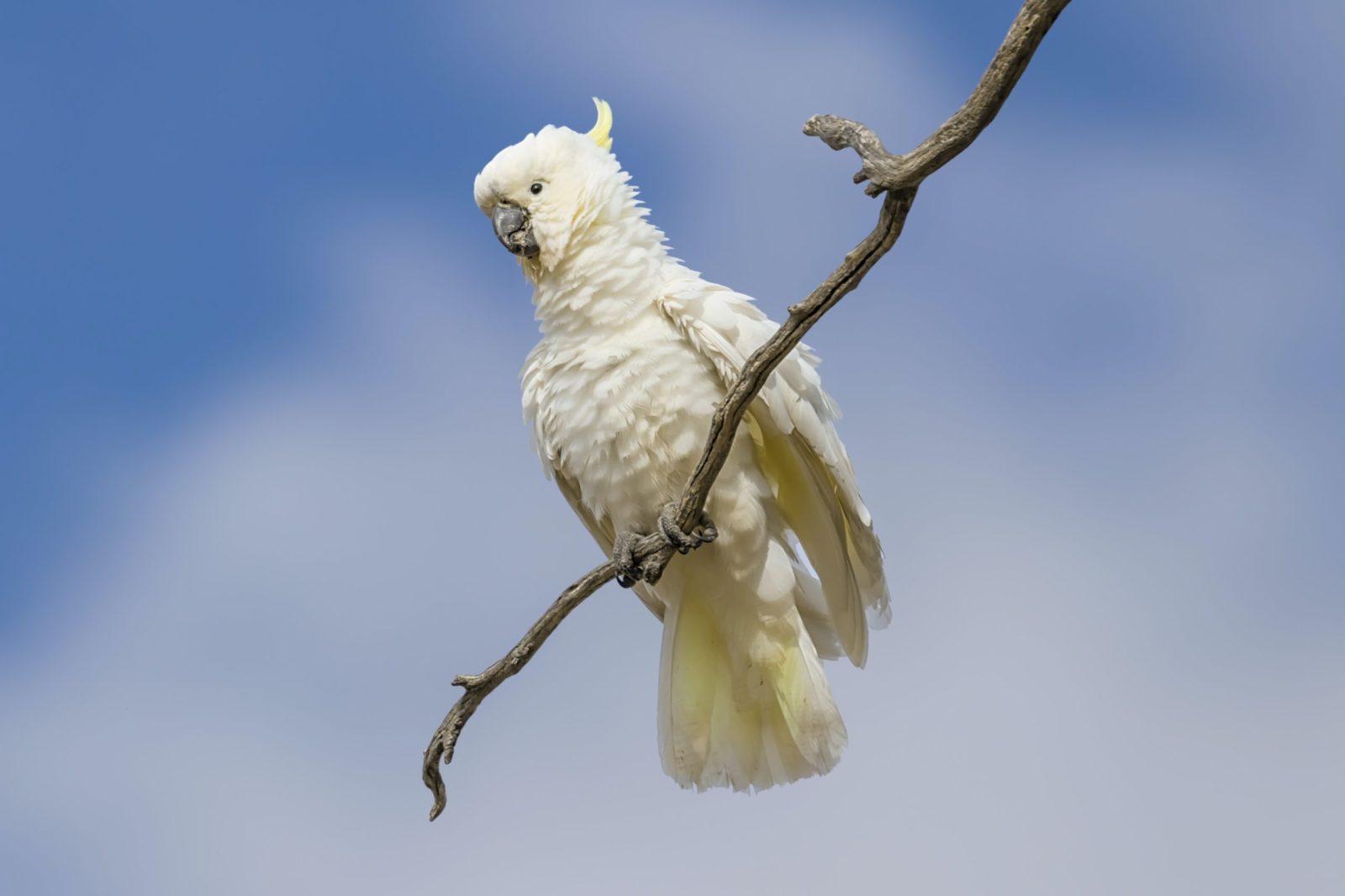 Cockatoo by Matthew Willimott for Unsplash

There are times when a strange magic breaks through the screen of the ordinary. For Don Pinnock it began with a phone call from the secretary of a saint he’d never heard of.

The email was rather cryptic. I’d written an article about a possible relation between birdsong and the dawn of human language, and an Indian swami wanted to meet me. Evidently he loved the article and was passing through Cape Town. We made an appointment through his interpreter who spoke perfect English and I met him in a fancy hotel.

His Holiness Sri Ganapathy Sachchidananda Swamiji was dressed in a gold-coloured dhoti, had a long white beard and sat cross-legged on the couch with a wonderful, all-embracing smile. He was in the country for a concert, he said, but I didn’t pursue that line of conversation. We talked about birds and it was clear he knew a lot about them.

I arranged for him to visit the World of Birds the next morning. He sat in the front of the minibus, beaming at the spectacular view as we wound along the seafront from Camps Bay to Hout Bay. At the bird park, he strolled in the open aviaries, chatting to cockatoos and parrots. I wondered if he was a bit, you know, odd.

That was rather sweet, I thought, someone had obviously taught the bird to speak. After a few more hellos His Holiness said a few words I didn’t understand. The cockatoo repeated them. I asked his assistant what he was saying.

“It’s part of a raga, one of the melodic modes used in Indian classical music.

Swamiji added some more phrases and the cockatiel repeated them, too – immediately. Even the assistant looked amazed: “He’s teaching it to chant ragas.”

The bird was clearly pleased with itself. It reached towards its new teacher with a foot, then turned upside down for a tummy scratch. Swamiji chuckled, gave it a tickle then moved to the next parrot for a lesson in Indian music.

In another enclosure a group of golden ibises was fossicking around. His Holiness stepped off the path and they gathered around his feet, looking up at him. They perfectly matched the colour of his robe and there was about the scene something definitely St Francis of Assisi.

We drove back to town – he was on his way to the airport and Zurich, then India and Canada. I wondered why he flew around so much. Was he that enthusiastic about birds?

As I got out the minibus he stepped down, put his arm around me and looked into my eyes with unsettling intensity. “We have met before,” he said. “When you wish, come and stay at my monastery as my guest.” His smile was as wide as the sky. Then he pressed his hands together, gave a little bow and was gone.

Naturally, the whole affair puzzled me, so I did what anyone would: I Googled him. What popped onto the screen ran to hundreds of entries. Sri Ganapathy Sachchidananda Swamiji, it turned out, is more than famous, he is revered by millions of people around the world. He’s a renowned musician who specialises in creating healing music, performing to huge audiences wherever he goes. His concerts in the Royal Albert Hall in London and the Lincoln Centre in New York were sold out.

He has programmes supporting HIV-positive children, has created schools for poor kids, opened an old-age home in Hyderabad and built eight temples for “untouchable” Dalit street-sweeper communities in Mysore and Hunsur. In India, he’s revered as a satguru, a True Master of ancient lineage, a sort of guru’s guru. When he holds concerts at home, tens of thousands turn up to listen.

Most importantly, it seems, he’s a musical master particularly interested in the influence of birdsong and music on humans as healing. The CD he handed me turned out to be extraordinary: 12 lyrical ragas woven with the songs of birds. Its effect was an almost instant disconnect from where I was and immersion into the embrace of pure sound. How on Earth do people make music like that?

I wish I’d known all that about the old man while I was with him. But perhaps it was better that I didn’t. It’s far easier to talk to a man than a saint. DM/ML

This story was amended on 20 January.