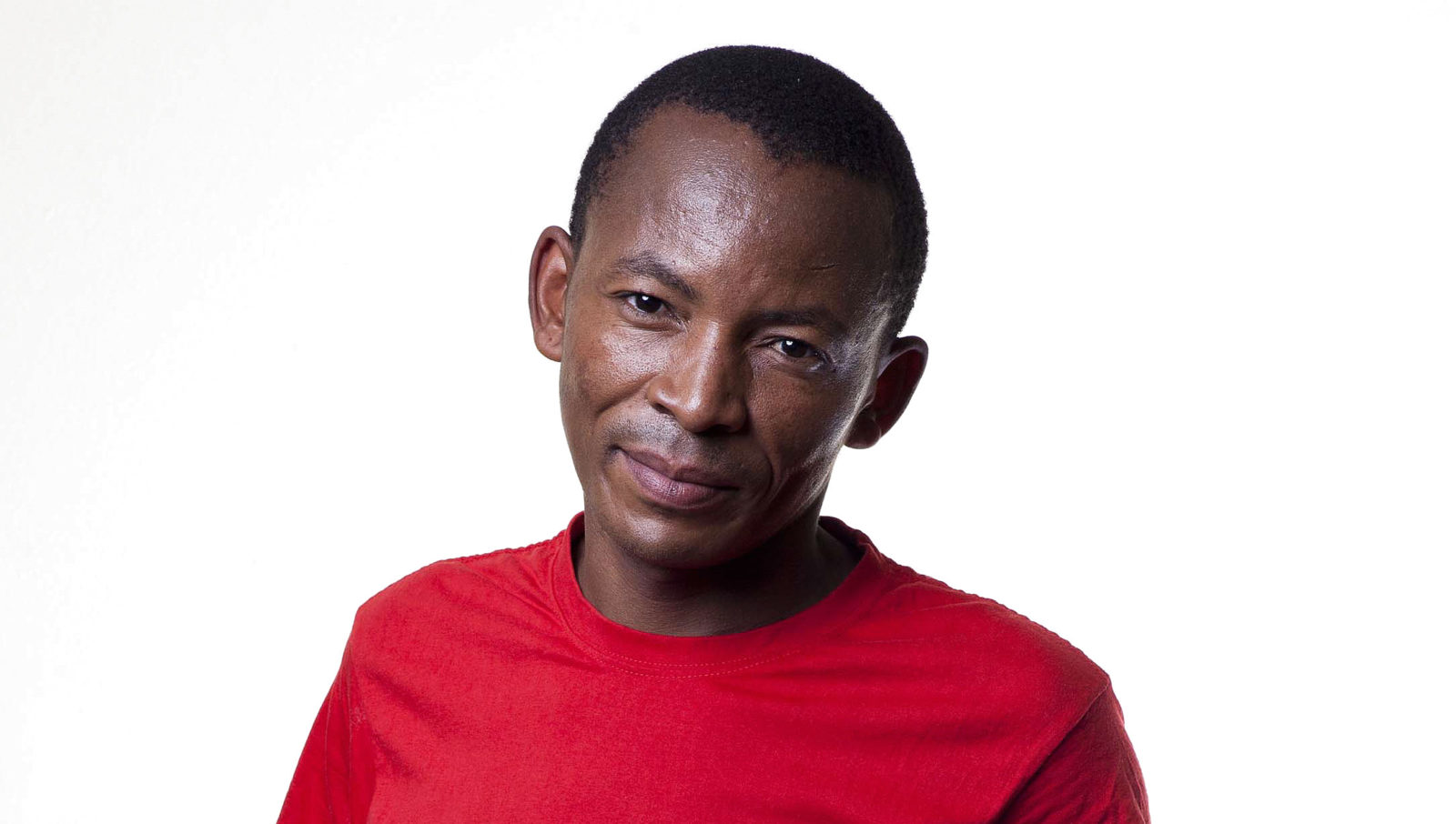 ‘Queer as f**k, mad as a hatter, outrageous, ostentatious, brave, difficult, unrelenting; an activist with strengths and weaknesses on show.’ – An activist remembers Andrew Mosane.

The death notices became personal this week with the death of Andrew Mosane, one of the Treatment Action Campaign’s (TAC) early activists and later one of its most passionate leaders and educators.

We have lost too many people since Covid-19 emerged and rushed through our communities, taking with it the young, the beautiful, the complex, the old and now Andrew. Andrew did not die of Covid-19, but he will become part of the death statistics during this very sad and complex time in the world, where now more than ever we need passionate activists.

Among those who died have been activists who dedicated their lives to improving the world we inhabit. Distinguished comrades such as Bongo Tshabalala and Dr Clint le Bruyns have been taken from us before their time. We firmly believe that the stories of these people should be told in ways that memorialise them and strengthen those still alive to continue with the fight they so diligently fought.

Andrew Mosane was an activist who dedicated his life to social justice. Born on 7 October 1975, Andrew, or “Druza” as he was affectionately known by those close to him, died on 15 January 2021, at the age of 45.

To remember Andrew is to remember past struggles and victories in ensuring the right to healthcare. His life is a roadmap, a timeline, a reminder of what we need to continue fighting for.

Andrew served so diligently for so many years, we felt that his spirit and many achievements could not be captured using our words alone, although these go a long way to highlight his spirit as an activist. We have included the words of fellow comrades who worked closely with him, as well as pictures that convey the life of a comrade who has been described as “feisty, dedicated, chaotic, lovely, unwavering and passionate”, among many other adjectives.

Despite not ending his journey in the Treatment Action Campaign family, we at TAC deeply mourn his loss, as he spent most of his activist years with us. Comrade Andrew was a long-term member of the organisation, joining the organisation in 2003 at the height of the fight for access to ARV treatment.

He started off as a treatment literacy practitioner, eventually becoming one of the national trainers and a capacity-building officer. His role and that of his comrades in building a cadre of members well-versed in the science of HIV and TB, ready to wield it in tandem with their knowledge of their rights, cannot be underestimated.

Free State health activist Mphorokela Lesiba said: “Rest well Comrade Mosane. I met you when it was not fashionable to be a member of TAC, while you were the national patient treatment literacy trainer. A very humble, jolly soul. Indeed, death robbed us of a gallant human rights activist.”

Fezile Kanju, a comrade who worked for Médecins Sans Frontières, said: “I’ll remember you for all the chaos, the drama, the toyi-toying and for grabbing the HIV bull by its bogus horns. For breaking down the science of sexual and reproductive health, HIV and TB treatment way better than my biology teacher ever did. A very gay comrade living life unashamedly positive.”

Gregg Gonsalves, an assistant professor at the Yale School of Public Health and a long-term HIV activist wrote, “He was a warrior for people with HIV, with TB, for gay people. I got to work with him when I lived in SA. He was a force of nature.”

Through advocacy work and dedication, Andrew was co-opted as the National People Living with HIV Sector Representative of TAC, and by virtue of this position, he became one of the TAC leaders representing the National Council on the TAC Board of Directors.

For Sibongile Tshabalala, TAC’s national chairperson, “Andrew did not run away in the face of adversity, but confronted it head on. He should also be remembered as an activist who advocated for the rights of the LGBTQIA community, for people living with HIV and broader healthcare users in both official and unofficial capacities.

“During his tenure as our PLHIV sector representative, he was at the forefront of advocating for fixed-dose combinations, becoming the first patient to receive it live on TV.

“Under his and other comrades’ stewardship, TAC also advocated for universal test and treat. It was a great day when then health minister Aaron Motsoaledi announced it in 2016.

“It’s a testament to his nature that he was able to still engage with individuals when he crossed the great divide. It’s heartening to see that many actors who have historically not been on good terms came together to honour him.”

Vuyokazi Gonyela, the TAC deputy general secretary, emphasised that Andrew’s activism went beyond the parameters of health, stating that “he never missed any opportunity to challenge systemic failures, whether for health, justice or social welfare”.

Patrick Mdletshe, the TAC deputy national chairperson, said: “He spoke truth to power even when it wasn’t fashionable. He didn’t code-switch, speaking plainly and honestly to all those around him. A powerful and enduring memory I have is of him speaking truth to power to President Cyril Ramaphosa on issues affecting people living with HIV in SA National AIDS Council meetings as well as in private meetings.”

Fellow activist and now Maverick Citizen Editor Mark Heywood, who also served alongside Andrew on the TAC board wrote, “You were… outrageous, ostentatious, brave, difficult, unrelenting, an activist with strengths and weaknesses on show. Often at the same time. You’ve been part of my TAC landscape for as long as I remember. You survived HIV, TB, MDR-TB, depression. It’s hard to think that you go now. Thanks for the ride and for all you did to save many lives and give people confidence and dignity whilst always making fun if you could. Your story will be told.”

Moses Makhomisani, who worked with him at both the Treatment Action Campaign and CMT said, “Lala Mosane, the great master trainer.”

We should honour his memory by pushing for a National Health Insurance that rids us of the two-tier health system based on wealth, rather than health. Andrew, like many of us, believed in the need to create an NHI that ensures genuine quality universal coverage. Furthermore, as someone so intimately involved in the law reform process on intellectual patents, those of us left behind have an obligation to advocate for amendments to the country’s Patents Act, which has taken a decade to be promulgated.

Andrew was also passionate about the decriminalisation of sex work, believing that sex workers had the right to make choices that involved them. He also believed that one could not tackle HIV without ensuring that key populations were afforded the rights they are guaranteed in the Constitution. This is a battle that is still to be won and needs strong political will and societal support.

As a TB activist and a survivor of MDR-TB, we know for certain that Andrew would support the call being made to declare TB a national health emergency, as the number of deaths continues to be unacceptably high. Efforts need to be doubled to ensure that more screening, testing and treatment of TB occurs, particularly at public healthcare facilities.

His funeral will be held on Wednesday 20 January. We regret that as a result of the times we live in we will not be able to celebrate his life in the way he led it and give him a tribute he deserves: at the front of a powerful march.

Comrades are encouraged to join virtual memorial services held for him, the details of which were communicated by his recent employer, Show Me Your Number. The SANAC multi-stakeholder memorial service will take place on Tuesday 19 January from 10am until 2pm.

The words of two partners who worked with him sum up the way many activists feel.

Claire Waterhouse of Doctors without Borders wrote, “Andrew was well-known and well-loved by us all and we will always remember his passion, zeal and incredible tenacity. His work made a difference to so many.”

Advocate Thabang Pooe, who worked with him during her time at SECTION27, says: “Thanks for the leadership, infectious energy and dedication to the cause. You will be missed. Tau!”

For Anele Yawa, TAC’s general secretary, “Andrew has left us at a critical time when our country and the world is once again faced by a killer virus in the form of Covid-19. We are witnessing new infections and deaths of people going up every day. Worryingly, we are once again witnessing misinformation, lack of sufficient information, vaccine hesitancy, and other ills that need to be rooted out. The onus falls on us to work on ensuring that healthcare users are well informed, are able to tell their stories and are paired with the requisite support to improve their circumstances. Kwaheri Son of the African soil, Kwaheri Nkokheli, Kwaheri Druza!” DM/MC

Condolence messages can be sent via www.andrewmosane.com.

Sibongile Tshabalala is the national chairperson of TAC. Anele Yawa is the general secretary of the TAC.

By Shabir A Madhi and Jonny Myers

South Africa’s housing crisis: A new breed of honest politicians is needed to unlock the land