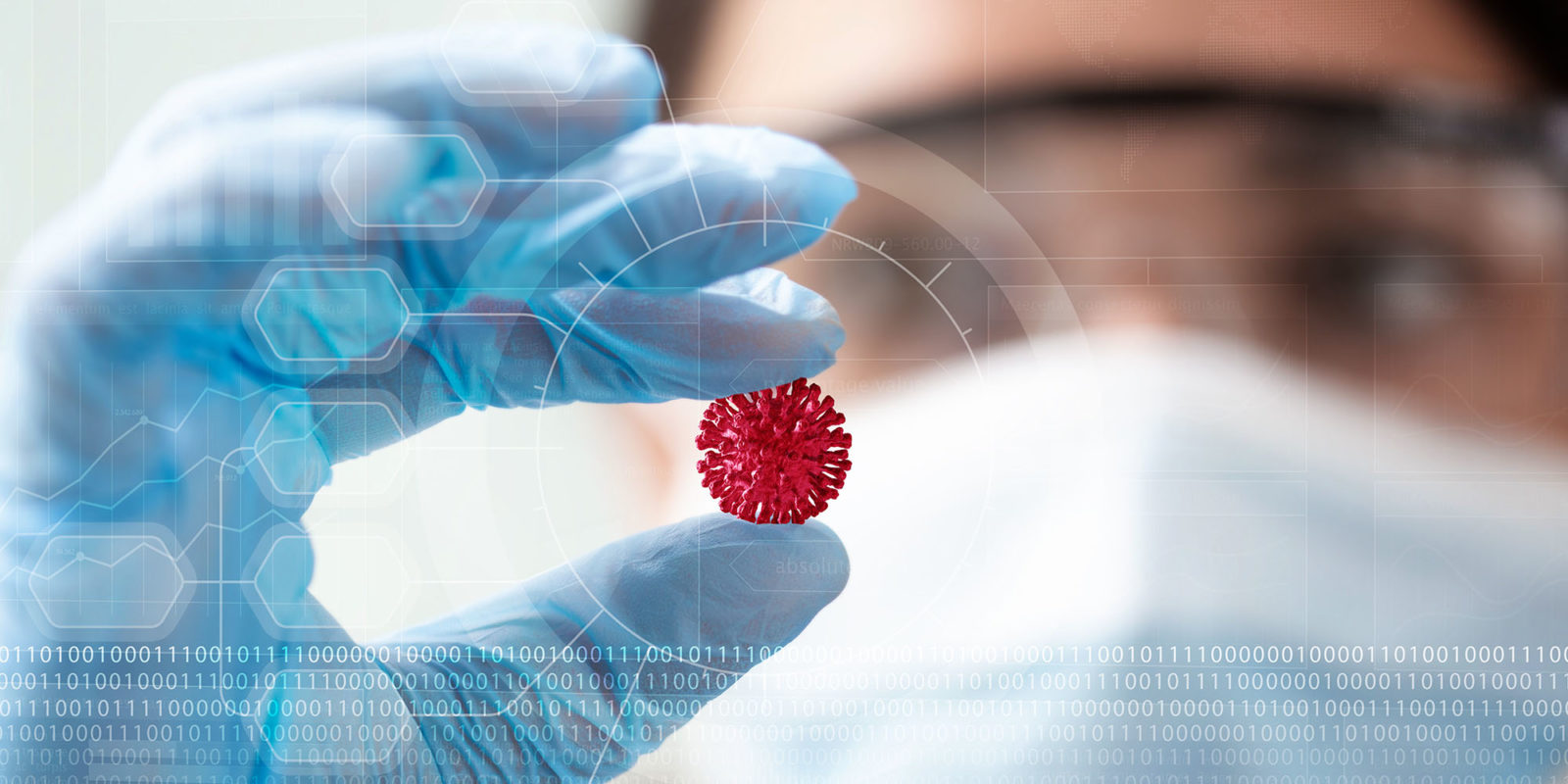 Another 3,830 people in the US died of causes related to Covid-19, keeping the country on track to reach 400,000 deaths before President-elect Joe Biden’s inauguration on Wednesday. Biden’s promise of delivering 100 million doses of the vaccine in 100 days is “absolutely a doable thing”, Dr Anthony Fauci said.

UK Foreign Secretary Dominic Raab said he’s considering all possible measures after the nation recorded 1,200 deaths for the fifth day in a row on Saturday. Austria is extending its lockdown.

Brazil is poised to grant approval for the emergency use of AstraZeneca and Sinovac Biotech vaccines as the virus roars back in Latin America’s largest economy. The Australian Open tennis tournament will go ahead, even after the number of players sent into quarantine rose to 72.

New York state reported 13,842 new cases on Sunday, the second daily drop after infections climbed to a record of just below 20,000 on Friday. Hospitalisations, a growing concern, fell slightly to 8,771, as did the positive test rate, to 5.61% statewide, Governor Andrew Cuomo said in a statement. Another 172 people in the state died.

Virginia shattered its record for new infections on Sunday, rising to a new daily high of 9,914, state health data show. The state had set a record of 6,757 new infections on Saturday. New fatalities slowed to 23, compared with 50 the previous day, for a total of 5,729.

California reported 432 deaths, fewer than 669 the previous day and below the 14-day rolling average of 490, according to the health department’s website. If the state were a country, its 33,392 total fatalities would rank it 16th, between South Africa and Poland.

France reported 16,642 new cases on Sunday, the lowest daily increase in six days and less than the previous seven-day rolling average of infections of 18,148. Total cases are now 2.91 million. Deaths linked to the virus rose by 141 in the past 24 hours, to 70,283, according to data from health authorities. Separately, the health ministry said 422,127 people have been vaccinated since December 26, with those over the age of 75 eligible for inoculation starting Monday.

Brazil granted approval for the emergency use of AstraZeneca and Sinovac Biotech vaccines against Covid-19, allowing the country to kick-start deploying shots as the virus roars back in Latin America’s largest economy.

Health regulator Anvisa cleared the vaccines in a Sunday meeting, citing the recent significant increase in the number of Covid-19 cases in Brazil and the lack of alternatives for treatment of the disease.

Minutes after Anvisa finished its meeting, Sao Paulo began vaccinations, making Monica Calazans, a 54-year-old Black nurse, the first Brazilian to get a shot against Covid-19.

Sweden’s Prime Minister Stefan Lofven has said he can’t rule out further restrictions under a temporary new law to combat the spread of the coronavirus pandemic.

“But I hope we won’t need to use it,” he said during an interview on state broadcaster SVT on Sunday evening. The law, which runs from January until September, gives Lofven’s government the right to shutter businesses and fine citizens that fail to comply with tougher restrictions.

Ireland hospitalisations not yet at peak, minister says

Ireland expects coronavirus hospitalisations to peak “in the next week or two,” Health Minister Stephen Donnelly told state broadcaster RTE Radio, even as the nation ramps up its vaccination programme.

The country has seen one of the worst virus outbreaks in the world since the new year, with hospitalisations almost double the previous high in April. Daily infections have started to fall, however, and on Sunday, the 2,944 cases reported were the lowest since New Year’s Day, health authorities said.

Still, Donnelly said the number of those seeking hospital treatment has not yet peaked. The National Public Health Emergency Team said on Sunday the situation in the hospitals remains “stark.”

The government expects to have vaccinated about 140,000 people by January 24, Donnelly said. About 77,000 people had received their first dose by January 13.

France is “very reluctant” to back any move by the European Union to create vaccination passports that would allow people who have been inoculated against Covid-19 to travel, Clement Beaune, junior minister for European Affairs, told France Info radio on Sunday. “It’s premature” to discuss using a document of this type to allow travel within Europe, at least until the vaccine is widely available, he said.

Italy reported 12,545 new cases on Sunday, down from 16,310 a day earlier. The number of hospitalised patients fell for a fifth day, reaching 25,260, the lowest since November 4. Patients in intensive-care units are also at the lowest since early November.

The country reported 377 deaths linked to Covid-19, down from 475 on Saturday. Italy has reached 1,123,021 vaccination doses and started second shots Sunday.

The UK reported another 38,598 cases on Sunday, the fewest since December 27. Reporting is often lower on weekends, however. Fatalities, at 671, were also below the average of 1,100 over the previous seven days. Hospitalisations continued to rise with 37,475 patients as of January 14.

Fauci, director of the National Institute of Allergy and Infectious Diseases, said he expects Biden not to hesitate to “use whatever mechanisms we can” to speed the production and distribution of the shots.

“The feasibility of his goal is absolutely clear, there’s no doubt about it,” Fauci said on Sunday on NBC’s Meet the Press.

Portugal on Sunday reported 10,385 new confirmed cases, less than the record of 10,947 on Saturday, taking the total to 549,801. The total number of deaths rose by 152 in a day to 8,861, following Saturday’s record daily increase of 166. The number of patients in intensive-care units rose by nine to 647, according to government data. The country’s national health service has a capacity of about 960 beds in intensive-care units.

Australian Open to go ahead with 72 players in quarantine

The Australian Open tennis tournament will go ahead as scheduled next month, even after the number of players sent into a 14-day hotel quarantine on arrival rises to 72.

A passenger has tested positive on a third flight, arriving in Melbourne from Doha, the event organisers said in a statement on Sunday. This means an additional group of people, including a further 25 players, will need to complete a 14-day hotel quarantine. It brings the total number of players in a two-week isolation period to 72.

Another 3,830 people in the US died of causes related to Covid-19, keeping the country on track to reach 400,000 deaths before President-elect Joe Biden’s inauguration on Wednesday.

Reported cases nationwide increased by about 231,000 to more than 23.7 million, according to data compiled by Johns Hopkins University and Bloomberg. Deaths rose to 395,785. The US leads the world in cumulative cases and deaths.

The UK government is considering “all possibilities” to enforce Covid-19 rules for travellers, and won’t rule out setting up quarantine hotels and using GPS trackers to fight the spread of the coronavirus, Foreign Secretary Dominic Raab said.

Raab warned on Sunday there would be more checks by Public Health England to make sure people are self-isolating in their own homes for 10 days after arrival.

He also refused to rule out setting up the hotels or using global positioning system trackers.

Separately, the Telegraph reported that the government aims to vaccinate four to five million people a week within months, with shots from Moderna and Johnson & Johnson helping it to inoculate all 54 million adults by the end of June.

Austria will keep its current lockdown in place until February 7. It will shut restaurants, cafes and hotels for at least all of February and tighten mask and distancing requirements as more infectious coronavirus mutations accelerate the spread of the disease.

The setback for the Alpine country that had planned to lift most measures on January 25 comes as the B.1.1.7 mutation is suspected to have reached locations including Vienna. Chancellor Sebastian Kurz said the country will now make the more effective FFP2 masks mandatory on public transport and in supermarkets and pharmacies –the only stores still open – and increase the required distance in public places to 2m.

Israel will begin gradually reopening its economy from February, and much of it will be active by March, Finance Minister Israel Katz said on Sunday.

As of Sunday morning, 1,772 soldiers and IDF civilian employees have been diagnosed with Covid-19, the Jerusalem Post reported. In addition, 12,196 are in home isolation. Some 31,110 soldiers have received the first dose of the coronavirus vaccine so far.

The state of Baden-Wuerttemberg plans to admit persistent quarantine breakers to designated sections of hospitals, which are monitored by a security service; Schleswig-Holstein plans to detain the persons on the premises of a youth detention centre; and Saxony is in the process of putting up a designated facility for such cases, according to the paper.