How Percy Tau can contribute to Brighton’s relegation...

How Percy Tau can contribute to Brighton’s relegation fight 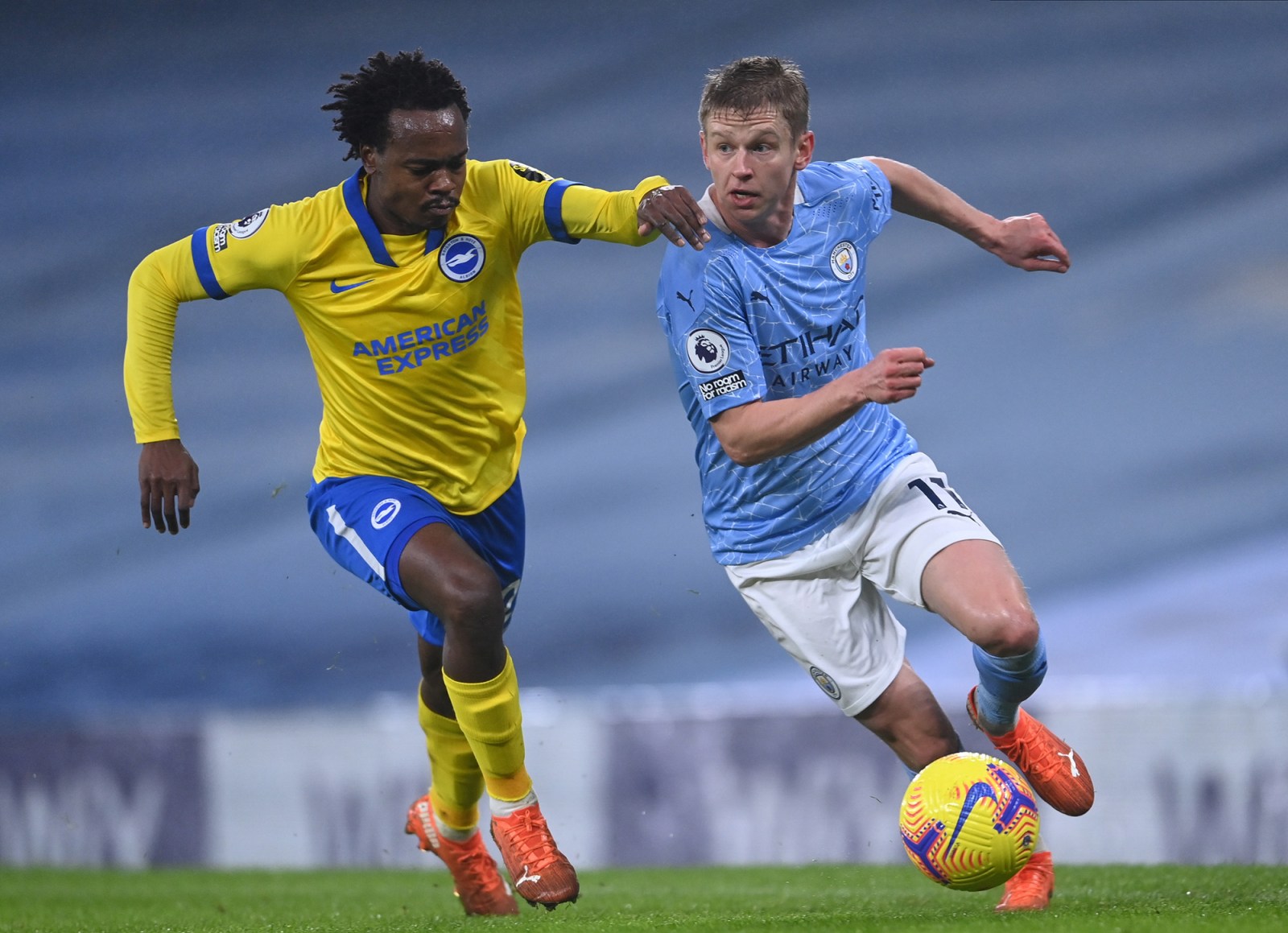 How will the Bafana Bafana forward fit into the English top flight and how quickly will he adapt to the rigours of one of the most prestigious leagues in world football?

Bafana Bafana forward Percy Tau has become the latest in a long line of South Africans to ply their trade in the English Premier League. How will he fit into the English top flight and how quickly will he adapt to the rigours of one of the most prestigious leagues in world football?

According to the former Mamelodi Sundowns attacker, he is ready to hit the ground running. The Lion of Judah, as he is affectionately known, says he has learnt a thing or two from Anderlecht manager Vincent Kompany.

The former Manchester City captain spent 11 years in England, and as soon as Tau arrived in Anderlecht at the beginning of the 2020/2021 season, Kompany committed to moulding the South African international in preparation for when Brighton eventually called for him.

“I always had that conversation with him [Kompany], even when I first arrived. He told me that he was going to prepare me for the Premier League,” Tau told The Athletic.

“Even at training, we’d speak about it. He’d tell me, ‘This is Premier League standard; this is not. Now you are getting better at this’. Most of my conversations with him were to help me become a better person and a better player for the Premier League.”

Now the opportunity has come, with Tau being backed by thousands of roaring South Africans to follow in the footsteps of names such as Lucas Radebe, Benni McCarthy, Mark Fish and Steven Pienaar in making a name for himself in the league.

“There has always been an excitement back home since I signed for Brighton. I have been out on loan and now they’re celebrating the fact that I am back and ready to play,” Tau said following his first training session back with the club.

“We don’t have many South Africans playing in the Premier League. We used to in the past, but at the moment we don’t so it gives them pride to see me with Brighton.”

Kompany gave Tau a glowing review at the tail end of 2020, calling him an artist – a massive compliment coming from someone who has played with the likes of David Silva and Kevin de Bruyne.

“When you see Percy for the first time in training, straight away you think he’s an artist, someone who likes the beautiful gesture, the beautiful dribble. He’s an artist with an edge, which is exactly the reason why I value him so much,” said Kompany. “It’s a mix of his talent and his hard work and, for me, that’s a non-negotiable, and that’s why he fits in really well with our team.”

With Britain severing its ties with the European Union, it revised its work permit requirements.

Tau’s time with Club Brugge, where he was a key member of the team, was taken into consideration, and Brighton were finally granted a permit for the attacker.

Since his arrival in Europe, Tau has played for three Belgian sides with a rich history and who command huge respect in their country.

In his first season, he turned out for Royale Union Saint-Gilloise in the Belgian second division, winning player of the season after starring for Union as they finished in third place. In his second season in Europe, he was loaned to Brugge, one of the leading clubs in the Belgian top flight.

During his time there he made his official debut in the Uefa Champions League and also picked up a league medal after Brugge were declared Belgian champions when the league was abandoned with one game left, due to Covid-19.

Following that stint, and up until Brighton exercised their right to call him back from loan, he was at the most successful football club in Belgium, Anderlecht.

All these clubs hardly play on the back foot, and are usually favourites in most of the games they play.

With Brighton, however, Tau will be with a club that goes into the majority of their games as the underdogs. More often than not, Brighton are repelling attacks from the opposition as opposed to doing much attacking themselves.

That is not to say that the Seagulls play drab football. Graham Potter’s troops have been one of the most wholesome teams to watch in a 2020/2021 season where most teams have so far struggled for fluidity and consistency.

Through Potter’s favouring of a three-four-three formation – which consists of ultra-attacking wing-backs – they’ve managed to play some enterprising football.

The results have not matched the adventurous football that Potter has sought to play. At the time of writing, the Seagulls were hovering at 17th, just one spot above the relegation zone.

In their 17 games to date, they have only managed two wins; drawing a further eight and losing seven.

The good news for Tau, despite his team’s current struggles, is he will likely have no issues fitting into the present system employed by Potter. As evidenced when he made his official debut in the FA Cup when his side struggled past Newport County, he will likely be deployed in the front three, on the right-hand side.

This will allow him to cut in and dance his way past defenders before unleashing with his favoured left foot.

Tau will have some tough competition in his quest to force his way into the starting 11 long-term. He has the likes of Leandro Trossard, Adam Lallana and Alireza Jahanbakhsh to see off in order to cement his place in the team.

But with games coming rapidly due to a cramped schedule owing to Covid-19, injuries are bound to arise. Rotation to avoid these injuries will also be a key factor for Tau’s chances. All he has to do is grab those chances and run with them.

A positive for the 26-year-old is that just as at Anderlecht with Kompany, Tau seems to have a manager at Brighton who believes in his ability to contribute positively to the team.

“He brings some different attributes and qualities to the group and he wants to take the next step in his career,” said Potter of the Bafana Bafana international.

His compatriots will be watching with bated breath and monitoring his ascent as he continues to dribble his way to Pride Rock. DM168