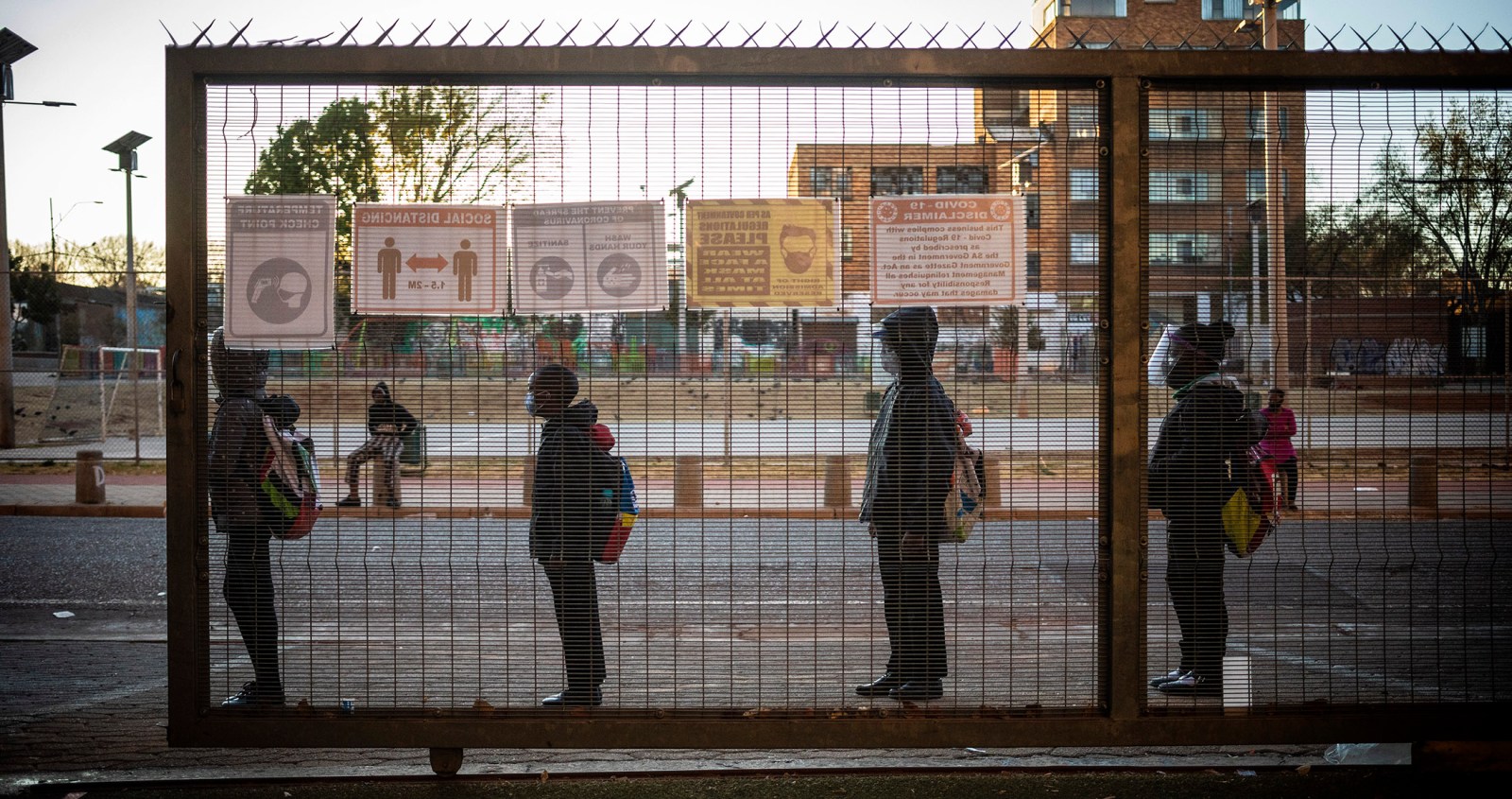 The faces of those affected by Covid-19 are not just those we know who die from the disease, they are also the faces of children whose life chances are being damaged by the day as schools remain closed, says the writer (Photo: EPA-EFE / Kim Ludbrook)

The decision by the Department of Basic Education to delay the reopening of government schools has been supported, but at the same time harshly criticised. In reality, making such a difficult choice during the second wave was always going to lead to high temperatures and sharpening divisions.

On Friday, the Basic Education Department announced it would delay the reopening of government schools until 15 February. Officials also said they would ask independent schools to delay their reopening (legally the department cannot force them to postpone — each school can make its own decision — and spare a thought for those running private schools; they are being asked by the department, on the one hand, to not reopen in the interests of social solidarity while the parents, who have moved away from the government schools, are likely to demand they reopen).

While trying to enforce the reopening of schools in January would have led to huge opposition, it may well have lessened the sharpening divides along class and race lines that we are likely to see now. And perhaps it would do more to protect children during the pandemic, but also in terms of their life-chances after this calamity is over.

For many parents, this is incredibly frustrating. They may believe that their children need more structure in their lives, there is some evidence that schools may in fact be safer for children than spending a day in a street, and there are at least nine million children who rely on the school nutrition programme for enough to eat.

For others, this is an incredible relief. Why reopen schools when more than 800 people are dying every day from Covid-19, when we can now all put a face to those who have died, and when teachers are scared to go back to work.

It is well known that this is perhaps the most difficult governance decision there is during the pandemic. Many other countries have grappled with this. One of the problems is that doctors and scientists themselves are not in total agreement.

The SA Paediatric Association slammed the decision to delay the reopening on Friday afternoon. Their executive member, Professor Haroon Saloojee, said it was “not a decision based on science”. He told Newzroom Afrika that despite the emergence of the new variant of the disease, children were still much less likely than adults to catch it and the figures of children developing severe symptoms are very low.

Saloojee also said that teachers appear to be more likely to contract the disease in their communities than at school. The fact that 300 teachers died during the holidays may strengthen that suggestion.

Saloojee firmly believes that children are safer in school, a controlled environment, than outside it.

However, some epidemiologists have a different view.

Chair of the Ministerial Advisory Committee Professor Salim Abdool Karim said last week that “it may be wise to postpone the opening” simply because the high number of cases in the community during the second wave would lead to schools having to regularly close as new cases were reported.

It is not that an epidemiologist and a paediatrician are necessarily contradicting each other, it’s that they may be looking at this problem in slightly different ways.

The SA Paediatric Association was not the only body worried about this decision.

The SA Human Rights Commission says there is no evidence that the virus is being transmitted at schools and that, “on the contrary, schools have proved to be some of the safest spaces when health and safety protocols are adhered to”. It is also deeply troubled by the possibility that the School Nutrition Programme will be disrupted.

In the end, the decision on schools possibly comes down to two major constituencies: teachers and parents.

A University of Johannesburg/HSRC survey released last week found that 53% of parents felt the opening of schools should be delayed.

But it would be foolish to make public policy through a poll which reveals such an even split.

This gets to the heart of questions about how policy should be made. It can be tempting in a democracy to make decisions based mainly on public opinion. But that is why we have rights in the Constitution (otherwise gay marriage would be illegal, capital punishment the order of the day and Carl Niehaus would be in prison). There should clearly be space in public policymaking for experts.

Paradoxically, the survey seems to indicate that middle-class parents are happier to send their children back to school than parents in township areas. The researchers believe this may be because schools in the suburbs are better able to administer Covid-19 protocols and that parents are aware of this.

This may be the case. But it could also be that, as the Human Rights Commission is suggesting, children in township areas are better off at school in these circumstances because of the protection that a school environment can often provide.

All these positions are hugely contested.

But decisions like these cannot be made without teachers, as they are obviously in the centre of the storm.

Here, it seems the roles of the teachers’ unions Sadtu and Naptosa were critical and in the end they both called for a delay.

Oddly, the role of Naptosa may perhaps in some ways be more important in this decision.

Sadtu is often accused by the middle and chattering classes of trying to avoid teaching whenever possible, while Naptosa does not face the same accusations.

In the decisions made by the department in 2020, it may have been possible to open schools in the face of opposition from Sadtu, but with public support. But when Naptosa agrees with Sadtu, it becomes impossible.

The question that both the Department of Basic Education and society now face is: when to reopen?

Abdool Karim believes that predictions of how long the second wave of Covid-19 will last cannot be made because it is being driven by the new variant. But he does believe it will end more quickly than the first wave did.

While the number of new cases over the past three days (as of Sunday 17 January 2021, when the number of new reported infections was 12,267) appears to be lower than the week before, that is not proof the worst is over.

It now becomes impossible to know when a decision can be made about when schools will safely reopen. In a worst-case scenario what would happen if this wave lasted for six months? It would then be politically impossible to reopen schools, in a situation in which the SA Paediatric Association says there is no risk to children or teachers from being back in class.

In the meantime, the risks of keeping schools closed mount. More and more children appear to be at risk of dropping out of school for good, which will have a catastrophic impact on their lives and the lives of their families.

It is for this reason that the great school debate will continue.

The faces of those affected by Covid-19 are not just those we know who die from the disease, they are also the faces of children whose life chances are being damaged by the day as schools remain closed, while our inequality and the gaps between the different parts of our society continue to widen. DM