Africa’s Covid-19 response has been admirable, but th... 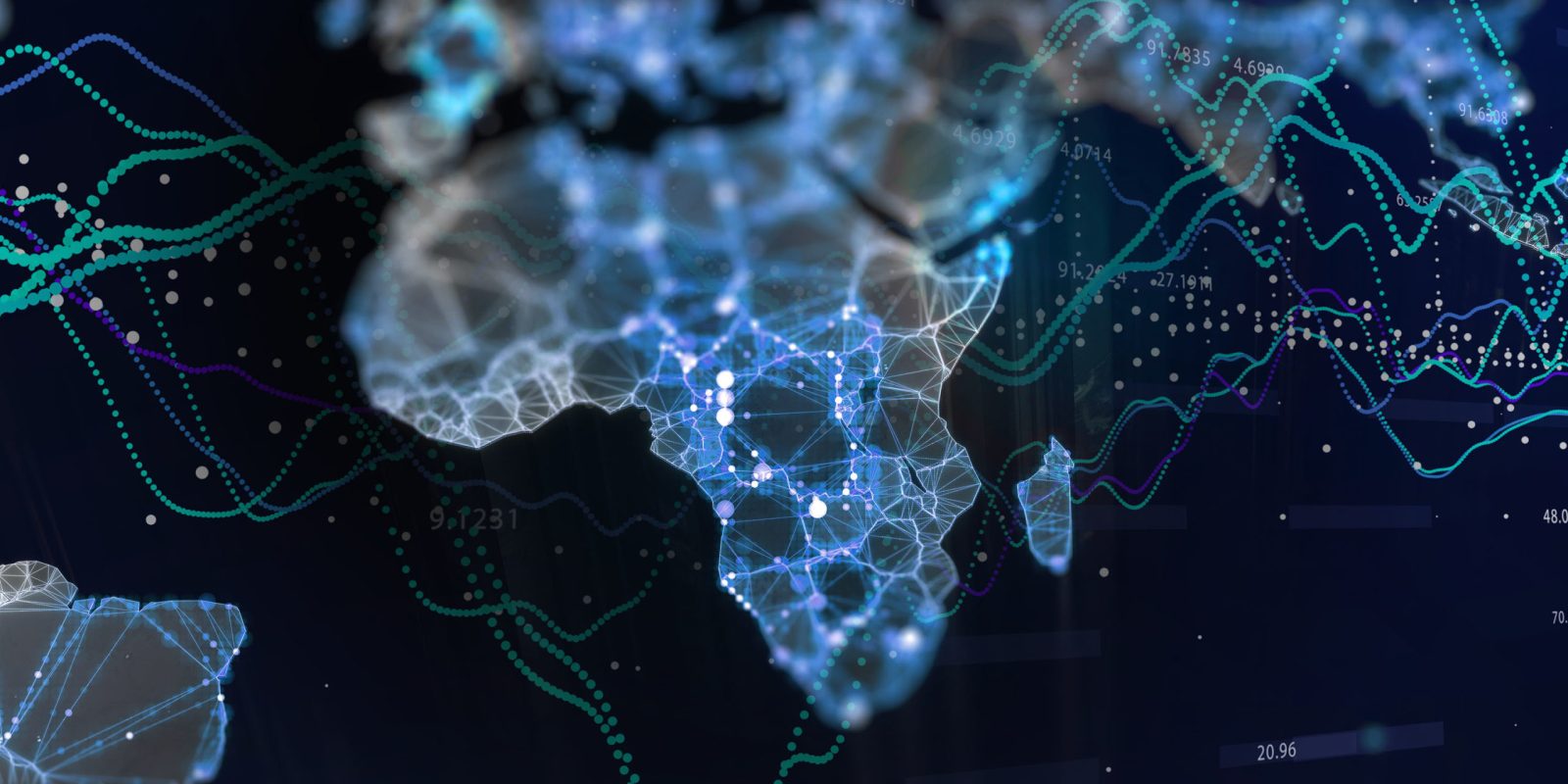 The economic impacts of Covid-19 for Africa are expected to cause the first recession for the continent in 25 years, threatening to undo years of economic progress. Government interventions to combat the virus have been effective from a public health perspective, but they are not economically sustainable.

When Egypt reported the first African case of Covid-19, many expected the continent to become the next epicentre of the disease. However, swift and pre-emptive action by Africa’s leaders largely managed to prevent outbreaks on the scale seen in countries such as Italy, the United Kingdom and the United States. Unfortunately, these measures have led to severe social and economic consequences for the African continent, threatening to undo years of hard-won progress. Without innovative and sustainable recovery efforts, Africa faces an uncertain future.

This column draws on the findings of a report authored by a team of researchers at Columbia University and the Brenthurst Foundation. The report identifies common successes and challenges in responses to Covid-19 in five African economic and cultural hubs – Egypt, Ethiopia, Kenya, Nigeria and South Africa; it also outlines optimal pathways for economic recovery and bolstering future epidemic preparedness in the five countries and Africa as a whole. The report’s findings were presented on 12 January at the Futures Forum on Preparedness, a two-day event focused on global health security hosted by the philanthropic organisation Schmidt Futures.

Africa’s swift and multilateral response to the pandemic contributed largely to its initial success in controlling the spread of the virus, though some countries such as South Africa still experienced significant outbreaks. After the first African case of Covid-19 was reported in Egypt, leaders of most African countries quickly implemented pre-emptive public health campaigns and containment measures such as suspending international flights and screening incoming travellers for symptoms of Covid-19. The Africa CDC, modelled after its US counterpart and aided by multilateral institutions including the Africa Development Bank and the WHO, helped ensure access to accurate information and coordinated public health responses across the continent.

One of the greatest casualties of the Covid-19 pandemic has been public trust. Public health initiatives such as mask-wearing mandates, lockdowns and vaccination campaigns cannot function effectively when citizens do not trust the government institutions imposing them. On the African continent, disinformation and conspiracy theories, most often spread through social media, have led to a deterioration of confidence in information coming from governments. As Covid-19 vaccines become available, widespread vaccine hesitancy threatens to undermine vaccination efforts across the continent.

Limited testing capacity is another pressing issue for Africa, making it difficult to assess the full extent of Covid-19’s spread across the continent. This has forced countries to take large-scale and restrictive measures to contain the virus, resulting in severe consequences for their economies. Fortunately, the measures taken by governments appear to have worked, as test positivity rates across the continent have widely remained below the 10% threshold recommended by the WHO. With increased testing capacity, it is expected that test positivity rates would decrease further.

The economic impacts of Covid-19 for Africa are expected to cause the first recession for the continent in 25 years, threatening to undo years of economic progress. Government interventions to combat the virus have been effective from a public health perspective, but they are not economically sustainable. Even with government stimulus packages and international financial aid, African economies are unlikely to rebound to pre-Covid-19 levels until 2025.

Widespread vaccination is the safest and most effective way to control the pandemic. This is no easy task and without multilateral support and widespread uptake of Covid-19 vaccines on the African continent, reaching levels of vaccination required for herd immunity could take years. The Covax facility – an initiative sponsored by CEPI, GAVI and the WHO – is helping to ensure equitable and strategic distribution of vaccines as they become available. Additionally, testing capacity on the continent continues to expand, allowing for more targeted and effective approaches to mitigating the spread of the virus.

Although the economic impacts of the pandemic have been severe for Africa, there are many opportunities for the continent to strengthen connectivity and implement long-overdue economic reforms during the recovery period. Increasing regional economic integration will likely spur a more competitive, modern and open economic landscape in Africa. Economic liberalisation of this nature would allow African countries to strengthen their economies, better compete internationally and integrate into global value chains.

In many cases, the Covid-19 pandemic has led to better communication between African citizens and their governments. Many countries began public information campaigns in the early stages of the pandemic to ensure that their citizens were accurately informed regarding Covid-19. Countries such as Kenya, Nigeria and South Africa have established direct lines of communication with government offices and frontline healthcare workers. These efforts have largely helped to maintain and increase public trust and they will be crucial to ensuring confidence in vaccines as they become available.

The Africa Centres for Disease Control and Prevention (CDC) is a crucial player in the continued battle against Covid-19 and in helping to increase Africa’s resilience in the face of future disease outbreaks. In our studies, we affirm the Africa CDC’s plan to establish regional public health institutes in central, northern, eastern, southern and western Africa to bolster its capacity to support individual governments during future epidemics. But such a step would only add value if national governments seriously step up to the plate and invest in their country’s ability to better prevent, detect and respond to outbreaks of concern.

There is a tendency – globally – for governments to follow a boom-and-bust cycle. When an epidemic or pandemic descends, a scramble is unleashed. When the crisis wanes, they let their guard down. The politics of response, the political science literature tells us, is largely driven by the short-term need for politicians to maintain their base, win more votes and invite popular applause for their actions. This is achieved when governments respond to the immediate emergency needs of communities. There is no public applause for investing in preparedness that averts a crisis and most governments tend not to respond accordingly.

This is not a public health or an economic problem. It is not even a policy problem. It is a political problem. The United States under Donald Trump shows the limitations of driving politics in no other direction but the applause he receives from his popular base. They do not like wearing masks, a pretty simple public health measure of minor inconvenience and minimal cost to citizens — and so he does not, comprising the public health good. Brazil’s Jair Bolsonaro is Trump’s southern clone. The morality of serving the social good is completely absent. All that matters is the applause that feeds a narcissism.

The 18 country companion studies to ours led by Sheila Jasanoff from Harvard University and Stephen Hiltgartner from Cornell University indicate a route that countries could follow to build sustainable resilience as a public good into health security systems. They highlight Angela Merkel’s Germany that got three intersecting things right: prime their public health interventions to meet the nuance of the viral challenge, intervene in the economy to protect jobs and not simply put money into pockets and organise country politics to drive and reward a common purpose.

But Germany also shows that despite its resilience, there is a final element to consider. Like all pandemics, Covid-19 is dynamic. Its driving force is a microscopic viral pathogen whose only purpose in life – like the proverbial Xerox machine – is to make copies of itself. It searches out every opportunity at every turn, including when we close gaps in our bodies’ defences with therapies and vaccines. Countries have to be nimble and fleet-footed. Many – like Germany today – are battling a second wave. There may be a third one.

At every turn of the cycle, leaders must quickly adapt strategies and tactics using the considerable and fast-changing biomedical toolkits the spectacular world of modern science gives us. DM

Dr Wilmot James is a Senior Research Scholar and Interim Chair of the Pandemic Research Center and Lewis Rubin Thompson a research assistant both at the Institute for Social and Economic Research and Policy (ISERP), Columbia University, in New York City. They are co-authors with Amanda McClelland (Resolve to Save Lives), Lawrence R. Stanberry (Columbia University) and Lyal White (Brenthurst Foundation) of Epidemic/Pandemic Response in Africa: Covid-19 in Egypt, Ethiopia, Kenya, Nigeria and South Africa (Schmidt-Futures report released on 12 January 2021).