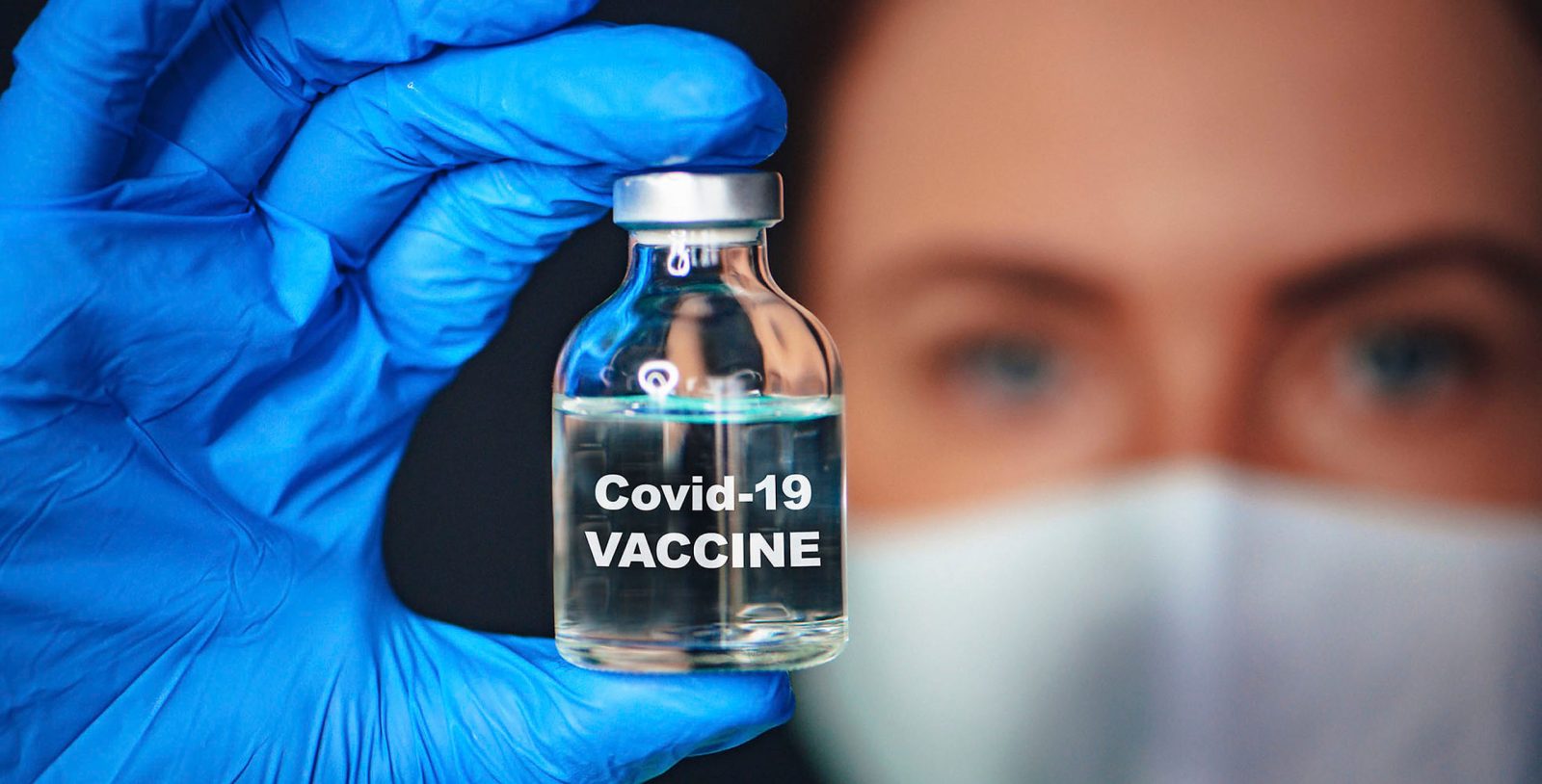 It is crucial that any further delays to the vaccine programme be removed and it be given the highest priority in government and the country. (Photo: biopharma-reporter.com/Wikipedia)

While Covid-19 will continue to make headlines for some time, 2021 will also be a critical year for healthcare reforms in South Africa and for various aspects of the country’s HIV and TB response. These are Spotlight’s top 12 healthcare questions for the year.

Providing safe and effective Covid-19 vaccines to as many people as possible and as quickly as possible will be government’s biggest health priority this year. This will, in the first, place require that we rapidly procure sufficient volumes of appropriate vaccines. At the time of writing, South Africa has signed up to the COVAX facility (likely to provide doses for around five or six million people) and made a deal with the Serum Institute of India for the AstraZeneca/Oxford University vaccine (doses for around 750,000 people). Much more will be needed to get close to government’s target of vaccinating around 40 million people. Beyond procurement, the vaccination programme also poses a massive logistical challenge – arguably a bigger challenge than the roll-out of antiretroviral treatment, given that Covid-19 kills people much quicker.

As we reported extensively last year, Covid-19 and the associated lockdown has taken a heavy toll on HIV and tuberculosis (TB) services in South Africa. As the second wave continues – who knows, we might also see a third wave this year – it is critical that government does a lot more to keep HIV and TB services going and adapt these services to these unusual times. For example, by better integrating TB and Covid-19 screening and testing. Unfortunately, limited capacity in most provincial health departments, and the National Department of Health, suggests government will once again struggle to cover all the bases.

One ray of light in recent years has been the establishment of the Health Sector Anti-Corruption Forum and the fact that the Special Investigating Unit has taken on several cases of alleged corruption in provincial health departments. Of course, forums and investigations are never enough in themselves and the true test of the government’s commitment to fighting corruption is whether corrupt persons are convicted, even if they are politically connected. Unfortunately, as shown with the massive amount of Covid-19-related corruption last year, the culture in many of our provincial health departments is still not one of clean governance and accountability, but rather one where bending the rules and dispensing patronage is still all too normal.

Covid-19 will continue to delay progress on National Health Insurance (NHI) this year, but even so, and mostly due to political pressure from within the ANC, there is a good chance that the NHI Bill will be passed by Parliament before the end of 2021. Whether the bill passes this year or next year, the only real question still to be answered is how the final version of the NHI Bill will differ from what is on the table right now, and whether concerns about the governance and structure of NHI will be addressed.

Training, employing and retaining enough appropriately qualified healthcare workers is a perennial problem in our public healthcare system. Despite various planning documents, government action in this area has often come across as ad hoc, uncoordinated and lacking in long-term vision. South Africa’s 2030 Human Resources for Health Strategy, obtained by Spotlight and Maverick Citizen last year, provides a promising road map, but as always, the critical question is whether the Department of Health has the capacity and commitment to do what is needed to implement the strategy.

The Covid-19 pandemic has put significant pressure on already scarce resources for health, especially in provincial health departments. Even before the pandemic reached our shores, last year’s budget contained cuts to the health budget of around R4-billion over three years and with reductions in provinces’ equitable share the ability of provincial departments of health to provide services is severely hamstrung. The full impact of this will become clearer as time goes by. Barring a significant change of course in the 2021 budget, the outlook is bleak.

A critical question in South Africa’s ongoing healthcare reforms seems to be whether improving private sector regulation will assist in the transition to an NHI system. In the final report of the Competition Commission’s Health Market Inquiry (HMI), a compelling argument was made that better private sector regulation will ease the transition to NHI – that is besides private sector reform being a good idea in its own right. Yet, judging by the Department of Health’s lack of action in this area, one gets the impression they do not agree – we have, for example, not seen a revised version of the Medical Schemes Amendment Bill (MSA) since the HMI report was published. Given the department’s track record, we’d be very surprised to see them implementing a series of HMI recommendations in 2021, but you never know.

As for important health-related legislation that is not the NHI or MSA Bills, one may have expected to see some changes to South Africa’s Patents Act by now, given that cabinet adopted an intellectual property policy in 2018 requiring various changes aimed at better balancing the right to health with private interests. But, even though South Africa is making progressive noises at the World Trade Organisation, domestically there seems to be little appetite for the legislative battles and trade pressure that would no doubt follow such a bill being introduced in Parliament. The situation will likely be delayed even further because the relevant parliamentary committee is still wrestling with the Copyright Amendment Bill.

In February last year, the Department of Health announced an ambitious plan to make HIV prevention pills widely available in the public healthcare system. These plans were temporarily scuppered by the Covid-19 pandemic and the associated disruption of healthcare services. Whether these plans are fully implemented by the end of 2021 will give us a good idea of just how committed government is to preventing new HIV infections.

Findings from a pivotal phase-three trial of a two-monthly HIV prevention injection (called CAB LA) made waves in November last year. The CAB LA injection was found to be highly effective in preventing HIV infection in women. However, before it can be made widely available in South Africa data on the product has to be submitted to the South African Health Products Regulatory Authority (SAHPRA) which will decide whether to authorise the injection to be marketed and used in South Africa. Typically, all this would take longer than 12 months, but given the importance of providing young women with an additional means to prevent HIV infection, there is a strong case to be made for fast-tracking the process as is being done for Covid-19 vaccines.

We should see two important new sources of TB estimates in 2021. First, we hope that the Department of Health finally publishes the findings of South Africa’s first National TB Prevalence Survey – the publication of which has already been delayed for around a year. Second, the Thembisa model, a leading mathematical model of HIV in South Africa, will from this year also include TB estimates. Together, these new numbers are likely to provide a much clearer picture of what is happening in South Africa’s TB epidemic. We expect that it will confirm that there is a lot of undetected TB in our communities – something which, if taken seriously, would require much more ambitious efforts to screen and test people for TB at workplaces or in their communities, rather than waiting for people to come to clinics once they are already sick.

South Africa’s National Strategic Plan (NSP) for HIV, TB and STIs 2017 – 2022 expires next year and work on a new NSP will start this year (read here how we evaluated the current plan back in 2017). The development of a new NSP, in theory, provides a useful opportunity for healthcare workers, researchers, policy-makers, civil society and others to come to a shared understanding of our HIV and TB challenges and what to do about it. On the other hand, the process of developing a new NSP could also turn into a box-ticking exercise with little relevance for what actually happens in the healthcare system. Either way, the process, led by the South African National AIDS Council (SANAC), will tell us a lot about whether we still need these NSPs, and for that matter, whether we still need SANAC. DM/MC

*Note: While Spotlight is published by SECTION27 and the Treatment Action Campaign, Spotlight is editorially independent, an independence that the editors guard jealously. Spotlight is a member of the South African Press Council.