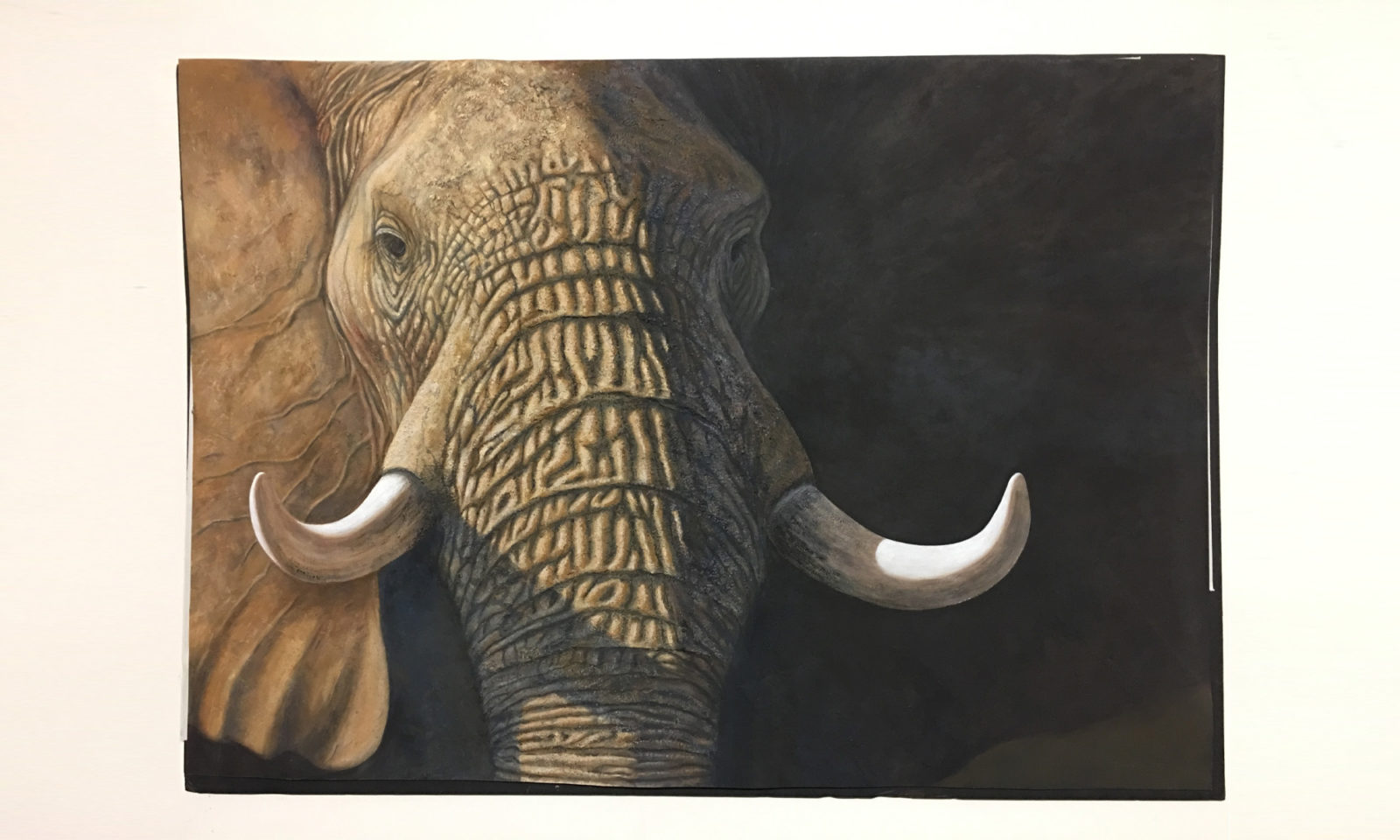 In 1533, a Portuguese trading ship, the ‘Bom Jesus’, went missing on its way to India. Today, its recovered ivory cargo off Namibia has revealed the decimation of forest elephants along the West African coast pre-dating European trans-Atlantic slavery.

The trading ship, discovered by offshore miners, carried a fortune in gold and silver coins and other valuable materials. But to a team of geneticists, conservation biologists and archaeologists, the most precious cargo on the Bom Jesus was more than 100 elephant tusks – the largest archaeological cargo of African ivory ever discovered.

Their analysis has managed to pinpoint the origin of the ivory and tell a sad story of forest elephants assumed but never before documented in such precise detail. The finding makes it clear that ivory may have pre-dated European trans-Atlantic slavery as a central driver in maritime trading systems connecting Europe, Africa and Asia.

The Portuguese completed the first transatlantic slave voyage to Brazil in 1526, quite possibly on the back of an already established ivory trade. Forty years earlier they had reached the Congo River and were trading and plundering along the West African coast. In 1482 they built a fort at an established trading post at Elmina, on the south-western edge of the kingdom of Dahomey.

Their primary quest was gold but, as a valuable commodity, ivory was next in line. And along the coast and further inland were forest elephants.

The genetic study of the sunken tusks, published in Current Biology, was able to identify 17 different herds with distinct haplotypes (each indicating the descent of many generations of reproduction). The types, or isotopes, of carbon and nitrogen in the tusks provided detail about where these elephants lived. The habitats from which they came were traced to forest areas which accord with the locations of major historic Portuguese trading ports.

The fact that the tusks originated from many different herds hints that multiple communities in West Africa were involved in supplying the ivory. But it’s unclear whether Portuguese traders gathered this diverse ivory from several locally sourced ports along the coast, or from a single port that was linked to extensive trading networks within the continent.

Having been lost at sea for nearly 500 years, the Bom Jesus ivory is incredibly well-preserved, Alida de Flamingh, a molecular biologist at the University of Illinois at Urbana-Champaign told Science News.

“When the ship sank, the copper and lead ingots stored above the tusks kind of pushed the ivory down into the seabed”, protecting the tusks from scattering and erosion. A frigid ocean current also runs through this region of the Atlantic. “That really cold current probably helped preserve the DNA that was in the tusks,” de Flamingh said.

The tusks are of varying length and size (from 2- to 33kg) and the elephants seem to have been hunted indiscriminately, both males and females, young and old alike.

Of the 17 herds identified, only four remain in the West African forests today. The other elephant lineages most likely died out as a result of hunting or habitat destruction. According to the researchers, this reflects the disastrous effect of the ivory trade and the current reduction of the historic elephant range in West Africa of at least 93%.

Today forest elephants are under threat in West Africa and locally extinct in many of the countries along the coast. More than 60% have been poached within the past decade and the ones that remain inhabit only about a quarter of their historical range, according to the African Wildlife Foundation.

Forest elephant ivory is considered to be harder than savannah elephants and highly prized in the manufacture of Japanese Hanko signature stamps.

“The decrease in population size and genetic diversity,” says the report, “are associated with negative conservation outcomes … reduced reproductive fitness, and increased risk of population extirpation.

“The large number of tusks recovered from the Bom Jesus is evidence of ivory acquisition and circulation driving the formative stages of globalisation.”

Due to the difficulty of manoeuvring large long-distance trading vessels and the dangers of sailing close to the shore, outgoing ships on the India route typically did not tack along the African coastline.

Ivory from West Africa was generally shipped to the islands of Cape Verde and São Tomé and sent via smaller vessels to Casa da Índia in Lisbon, the central clearing house for African and Indian imports. These islands were to become the staging posts for the transatlantic slave route to the Americas.

According to the researchers, “Our study on the largest archaeological cargo of African ivory ever found provides a framework for examining one of the world’s most important raw materials throughout human history.” DM/ ML

When facing death and loss, never underestimate the power of community