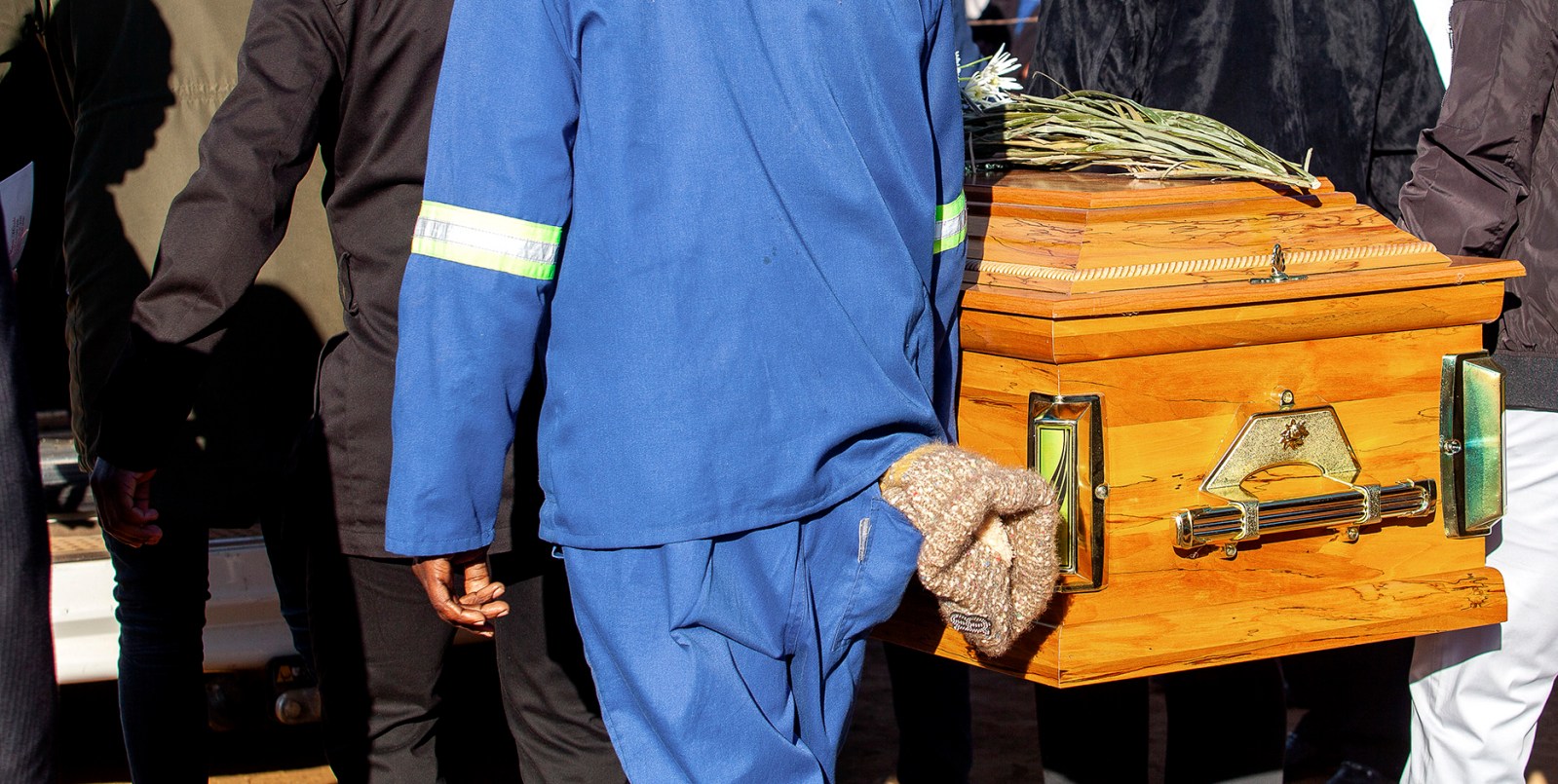 A high proportion of excess deaths are likely to be due to Covid-19. However, there is no way to be certain of this without further investigation. (Photo by Gallo Images / Papi Morake)

South Africa had a record 10,907 excess deaths from natural causes in the week of 30 December to 5 January, according to the 11 January mortality surveillance report from the Burden of Disease Research Unit at the South African Medical Research Council (SAMRC). In total, 20,063 people died in one week.

The latest mortality surveillance report presents a harrowing picture of the devastation wrought by the second wave of Covid-19 infections.

By comparison, in the worst years of the AIDS epidemic (in the 2000s), there were at most about 6,000 excess deaths due to the disease each week. But this went on year after year, while the current Covid-19 surge will subside in the short-term.

Meanwhile, the SAMRC reports that deaths due to unnatural causes (vehicle collisions, murders, suicides, accidents) in the week of 30 December to 5 January fell below the lower bound of predicted unnatural deaths.

Depending on the methodology used, the SAMRC estimates there have been 78,000 or 84,000 excess deaths since 6 May, the date at which an uptick in excess deaths was first noted. (The first figure, 78,000, is a comparison against historical data. The second takes into account the fact that mortality actually dropped in the first few weeks of lockdown and uses a different basis of comparison.) Of these excess deaths, about 55,000 were people over the age of 60, and about 30,000 were people between 1 and 59 years old.

The Minister of Health’s 12 January press release reported that 34,334 people have died of Covid-19. The reason that this is so much lower than the SAMRC estimate is that many people would have died of Covid without being diagnosed. Also, it’s possible that some people with other diseases did not have the same level of care they might have had before Covid because the hospitals are so stretched. The SAMRC report states that “a significant proportion of the current excess mortality being observed in South Africa is likely to be attributable to Covid-19”. DM