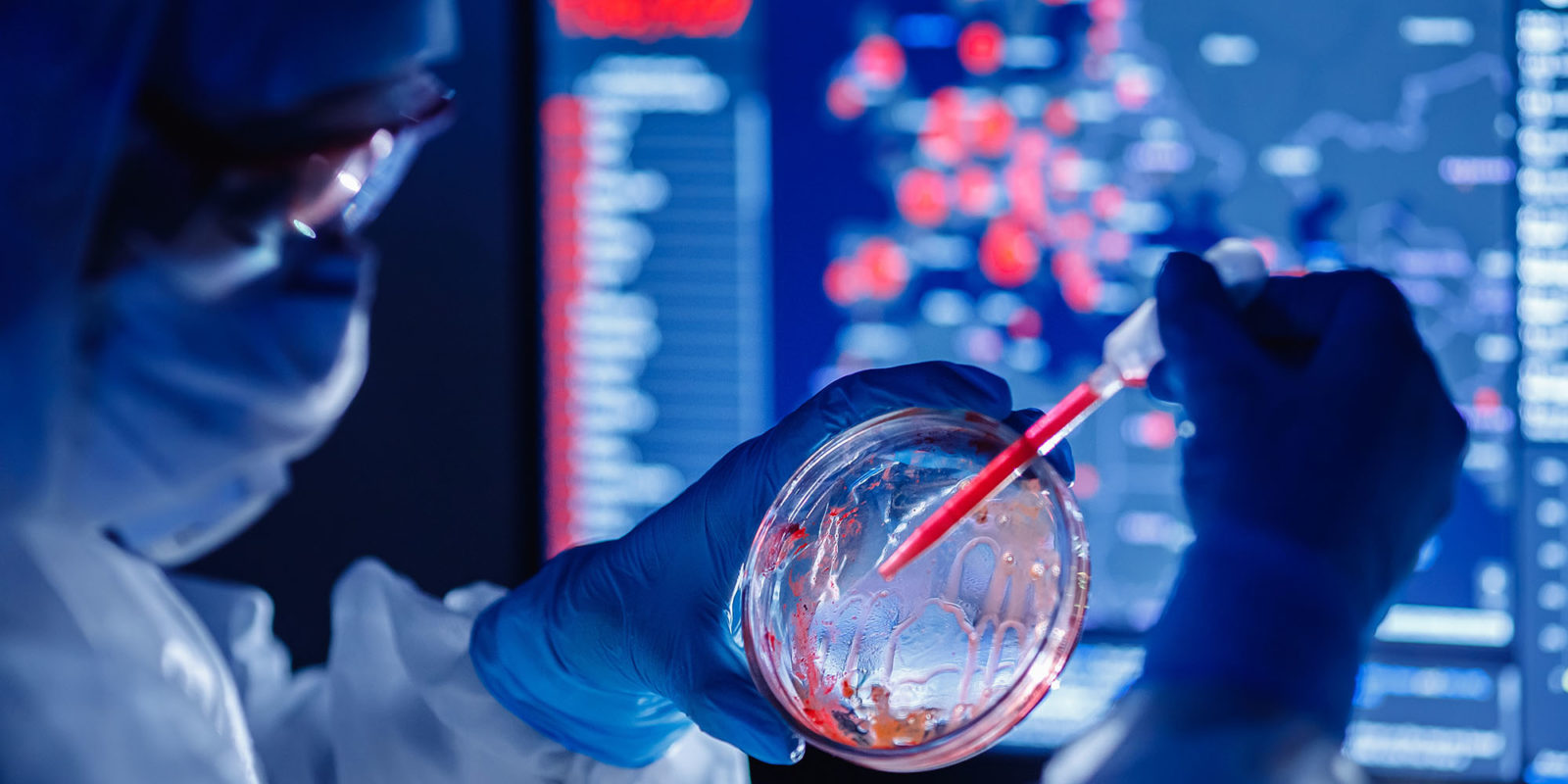 US President-elect Joe Biden on Thursday unveiled a Covid-19 relief package rivalled in size only by last year’s $2-trillion Cares Act. New York state reported more than 200 daily Covid-19 deaths for the first time since May. The state’s hospitalisations are mounting even as much of the Northeast has started to get a reprieve.

France will extend a 6pm curfew across the country. Chancellor Angela Merkel wants to tighten Germany’s lockdown, fearing a more contagious coronavirus variant may cause infections to spiral out of control. The nation passed two million total cases.

The African Union has so far secured 270 million Covid-19 vaccine doses, South African President Cyril Ramaphosa said. Nigeria plans to inoculate as many as 40% of its 200 million population against the coronavirus in 2021, a strategy some critics said was unfeasible.

New York deaths rise above 200 for first time since May

Both the cases and positive rate were lower than in recent days. Hospitalisations also declined, by 106 to 8,823, even as New York leads the Northeast in people hospitalised with Covid-19.

“New York is pushing forward to conduct more tests, add to hospital beds and make it easier to get the Covid-19 vaccine across the state,” Governor Andrew Cuomo said in a statement.

Spain reported a record number of new cases for the third consecutive day as regions put in place restrictions to contain the spread. The Health Ministry reported 16,676 new Covid-19 cases on Thursday, more than double those reported on Monday. Deaths over the past week rose to 774, from 576 on Monday.

Chancellor Angela Merkel wants to tighten Germany’s lockdown, fearing a more contagious coronavirus variant may cause infections to spiral out of control.

Merkel wants to meet with regional leaders soon to discuss additional curbs aimed at decisively lowering the infection rate, a government official said. There is no consensus with the state premiers yet about such further restrictions, the person added, asking not to be identified discussing private deliberations.

On Thursday, the nation surpassed two million virus cases since the start of the pandemic.

France will extend tighter curfew measures across the country. The 6pm curfew already in place across much of eastern France will become nationwide from Saturday, Prime Minister Jean Castex said at a news conference on Thursday. It will last at least 15 days.

The European Union may secure an extra 50 million doses of the Covid-19 vaccine produced by Moderna as the bloc seeks to accelerate inoculations, according to people familiar with the matter.

The deal being arranged by the European Commission would bring to 210 million the total number of vaccine doses from Moderna for EU countries, with the additional supply costing 33% more than the 160 million doses covered by the original accord, said one of the people.

President-elect Joe Biden on Thursday unveiled a Covid-19 relief package rivalled in size only by last year’s $2-trillion Cares Act, in his first legislative test in the face of a split US Senate and a deteriorating economy.

Transition officials developed a proposal with Democratic lawmakers and their staff in recent days that is anticipated to be at least the $900-billion of December’s bill, with incoming Senate Majority Leader Chuck Schumer pressing for more than $1.3-trillion.

Sibanye Stillwater, one of South Africa’s largest precious metals producers, offered to help the government’s vaccination campaign by inoculating hundreds of thousands of mineworkers and people living in communities near its mining operations.

The company, which employs about 84,000 workers, has enough capacity at its 45 health and medical facilities to vaccinate 18,000 people a day, CEO Neal Froneman said on Thursday.

Italy registered 17,246 new virus cases on Thursday, from 15,774 the day before, and 522 deaths, compared with 507 on Wednesday. The rate of positive tests increased from 9% to 10.7%. On Wednesday Italy’s government decided to extend its emergency powers to battle the pandemic through April 30.

UK Secretary of State for Transport Grant Shapps says he’s taken the “urgent decision” to ban arrivals from countries including Argentina and Brazil from 4am on Friday 15 January. Citing evidence of a new variant in Brazil, he also included Portugal in the ban, “given its strong travel links with Brazil.”

Portugal reported the biggest daily increase in confirmed coronavirus cases since the start of the outbreak. There were 10,698 new cases reported on Thursday, more than the previous record of 10,556 on Wednesday, taking the total to 517,806. The total number of deaths rose by 148 to 8,384, following Wednesday’s record increase of 156. The number of patients in intensive-care units rose by 15 to 611, according to government data.

The government on Wednesday announced new confinement measures, ordering most shops to close from Friday.

Democratic Representative Adriano Espaillat of New York said he tested positive for Covid-19 after receiving the second dose of a vaccine, and is isolating at home.

“I received the second dose of the #COVID19vaccine last week and understand the affects [sic] take time,” Espaillat said on Twitter on Thursday, without identifying which vaccine he got. At least one other member of Congress has tested positive after getting a Covid inoculation.

India, one of the world’s largest manufacturers of inoculations, plans to offer 20 million doses of coronavirus vaccine to its neighbours as it draws up a policy to supply vials to countries across the globe, people with knowledge of the matter said.

An Indian state-run company will buy vaccines from the Serum Institute of India and Bharat Biotech International for supplying to Nepal, Bangladesh, Sri Lanka, Afghanistan, Seychelles and Mauritius, the people said, asking not to be identified as the plan is still under discussion. Some of the supplies may be free and treated as aid, they added.

The UK has administered three million vaccines so far, Health Secretary Matt Hancock said in a tweet. Prime Minister Boris Johnson has set a target to deliver about 15 million shots to the most vulnerable people by mid-February.

Nigeria wants to vaccinate as much as 40% of its population in 2021, a government official said. The plan was described as unfeasible by a state governor and analysts.

As a first step, the country of more than 200 million people expects to receive 100,000 doses of Pfizer’s vaccine at the end of January through the Covax initiative, Faisal Shuaib, chief executive officer of Nigeria’s National Primary Health Care Development Agency, said on Thursday on Bloomberg TV.

Cheta Nwanze, lead partner with Lagos-based risk consultancy SBM Intelligence, dismissed the plan as improbable. “There are quite a number of factors that work against Dr Shuaib’s hopes,” he said by email. “We don’t have a) the money, and b) the infrastructure to distribute this amount of vaccines.”

At least 90,123 people died in Austria last year, 11% more than the five-year average, according to preliminary numbers from Statistik Austria. Excess mortality was highest in the week of November 30, when deaths were 59% above the average. In the last three weeks of the year, excess mortality declined and was below 2017, when the country suffered a deadly flu wave.

Hospitals in some German states are running out of intensive-care beds, and tighter lockdown rules may be needed to stem the tide of new cases, the country’s public-health agency warned on Thursday.

“In many places, intensive-care personnel have been working for weeks in shifts that almost don’t allow for sleep,” Robert Koch Institute President Lothar Wieler said in a press briefing. Staffing shortages due to the Covid-19 pandemic are also affecting the ability to provide care at other units, he said. “The intensive-care system in Germany has probably never before been so close to capacity as it is today.”

Germany’s high case numbers probably can’t be blamed on the spread of a new, more contagious variant from the UK, Wieler said, with monitoring so far indicating the variant may not yet be widely established in Germany. Genetic tests have found 16 cases of the variant so far, and 15 of the 16 were linked to UK travel. Rather, the virus is spreading because people aren’t following lockdown rules, he said.

The World Health Organisation’s mission to trace the origins of Covid-19 got off to a rocky start on Thursday, with two members of the 15-person delegation denied entry to China after failing to clear health-screening procedures.

The two experts were stopped from boarding a plane to the city of Wuhan after testing positive for Covid-19 antibodies in blood-based serology tests during transit in Singapore, even though they tested negative for Covid-19 in swab tests, Dow Jones reported, citing unidentified people familiar with the matter. The WHO later confirmed that two scientists were stuck in the city-state as video showed the others arriving in Wuhan around noon.

The Covid-19 pandemic appears to have eased somewhat in Finland over the past few weeks, authorities said. A feared upswing in infections and related hospital admissions hasn’t materialised after Christmas and New Year holidays, the Ministry of Social Affairs and Health said.

China recorded its first Covid-19 death since April, as clusters in its north continued to swell. The country reported 124 new local infections on Thursday, including 81 in Hebei province and 43 in Heilongjiang, the National Health Commission said. Another 78 asymptomatic cases were reported, including three that were imported.

The Hebei cluster’s expansion is fuelling the risk of a full-blown outbreak as the Chinese New Year holiday – a time of widespread travel – nears. Hebei, which encircles the Chinese capital Beijing, had earlier locked down multiple cities and is set for another mass testing campaign. DM