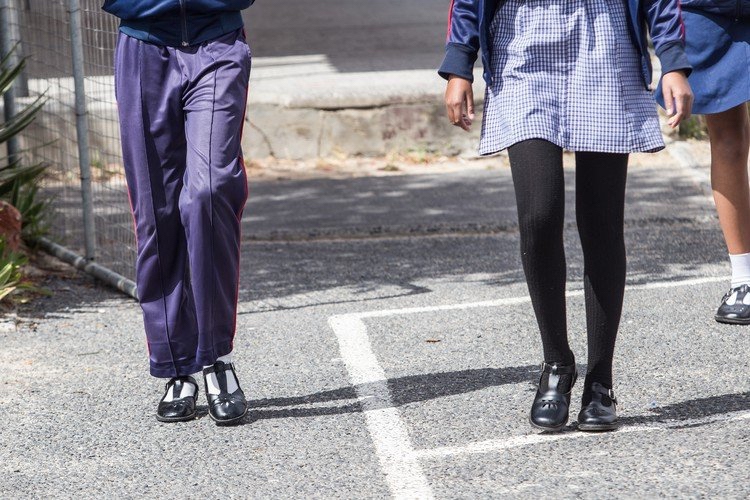 Two parents and the Centre for Child Law at the University of Pretoria have gone to court to compel a teachers’ organisation to take stronger action against teachers who beat children. Corporal punishment in schools is against the law. (Archive photo: Ashraf Hendricks)

Mothers of two learners and the Centre for Child Law have gone to court to force the SA Council of Educators to deal with beatings in schools. They say two teachers, who are named in the court papers, received light punishment after beating their children and were allowed to continue teaching.

The Centre for Child Law at the University of Pretoria and two mothers have approached the courts to compel the South African Council of Educators (SACE) to deal with corporal punishment in schools.

Corporal punishment in schools has been outlawed in SA for 24 years, but is still widespread.

The application in the North Gauteng High Court was lodged by the organisation Section27 “in the public interest”.

The “slap on the wrist” punishment meted out to two primary school teachers, the fact that they are still teaching and the failure of SACE to provide reasons for this, are at the heart of the application.

The Centre’s director Karabo Ozah said in court papers that SACE, “the custodian of the teaching profession”, has a duty to take effective and transparent disciplinary action against teachers who commit acts of violence against learners.

Two teachers – who both pleaded guilty to charges of corporal punishment at their disciplinary hearings – are named in the court papers.

Two months later, in September 2015, “TZ” was admitted to hospital and doctors said he had an infection in his brain. Only then did he tell his mother about the beating “because he was making a noise”.

His mother said he was a vibrant and confident child, but now he was afraid to go to school, according to the court papers.

Mokoena, when challenged, said she was having a “very stressed day”.

Khutso Francinah Sethekge, who works at a school in Limpopo, admitted that she slapped 10-year-old Grade 5 learner, “MPM”, across the face.

“MPM” bled continuously from her ears from then on. She was admitted four times to different hospitals but doctors have been unable to find the cause of the recurrent bleeding.

The incidents were brought to the attention of SACE through the Centre, via Section27.

Both mothers reported in their statements that at the disciplinary hearings the teachers pleaded guilty, but the mothers were not asked to make representations regarding possible sanctions or how they felt about the teachers’ continued presence at the schools.

In 2019 the teachers were given ”shockingly lenient penalties”, said Ozah in the court papers. Their removal from the roll of educators was suspended for 10 years on condition that they were not found guilty of further misconduct during that period, and they were each fined R15,000, of which R5,000 was suspended with the R10,000 being payable to SACE over a period of 12 months.

In effect, they were allowed to remain in the classroom without being required to undergo any form of rehabilitation to address their violent behaviour, such as anger management or training in effective, non-violent discipline, Ozah said.

She said according to Statistics SA 2019 General Household Survey, about 7% of learners reported experiencing violence, corporal punishment or verbal abuse. “This amounts to about about one million children.”

“A considerable number of educators still administer corporal punishment in the classroom. They argue that they resort to this because they are unaware of other disciplinary methods that can be used more effectively.”

Apart from physical harm, learners subjected to this form of punishment said they felt sad and hurt.

“It causes emotional damage, affects self-esteem and impacts on their academic performance. It breeds aggression and hostility,” Ozah said.

“In both these cases, the children were deeply traumatised and in need of medical care. They spoke of being scared to return to school. Their views were not heard.

“On the face of it, the teachers received shockingly lenient sentences. Even if there was justification for them to continue teaching, it would have been necessary, at the very least, to require them to undergo rehabilitation to address their violent behaviour.”

Ozah detailed repeated attempts to get proper records and documentation from SACE regarding the two cases, all of which had been largely ignored.

She said this “lack of transparency” had left the Centre with no option but to use the rules of the court to compel SACE to “to disclose its reasons and the full record of its decision”.

“We are seeking to set aside the decision and to have the matter remitted back to SACE for reconsideration,” she said.

SACE has yet to file responding papers. DM