CAR elections expose the depth of the country’s crisis 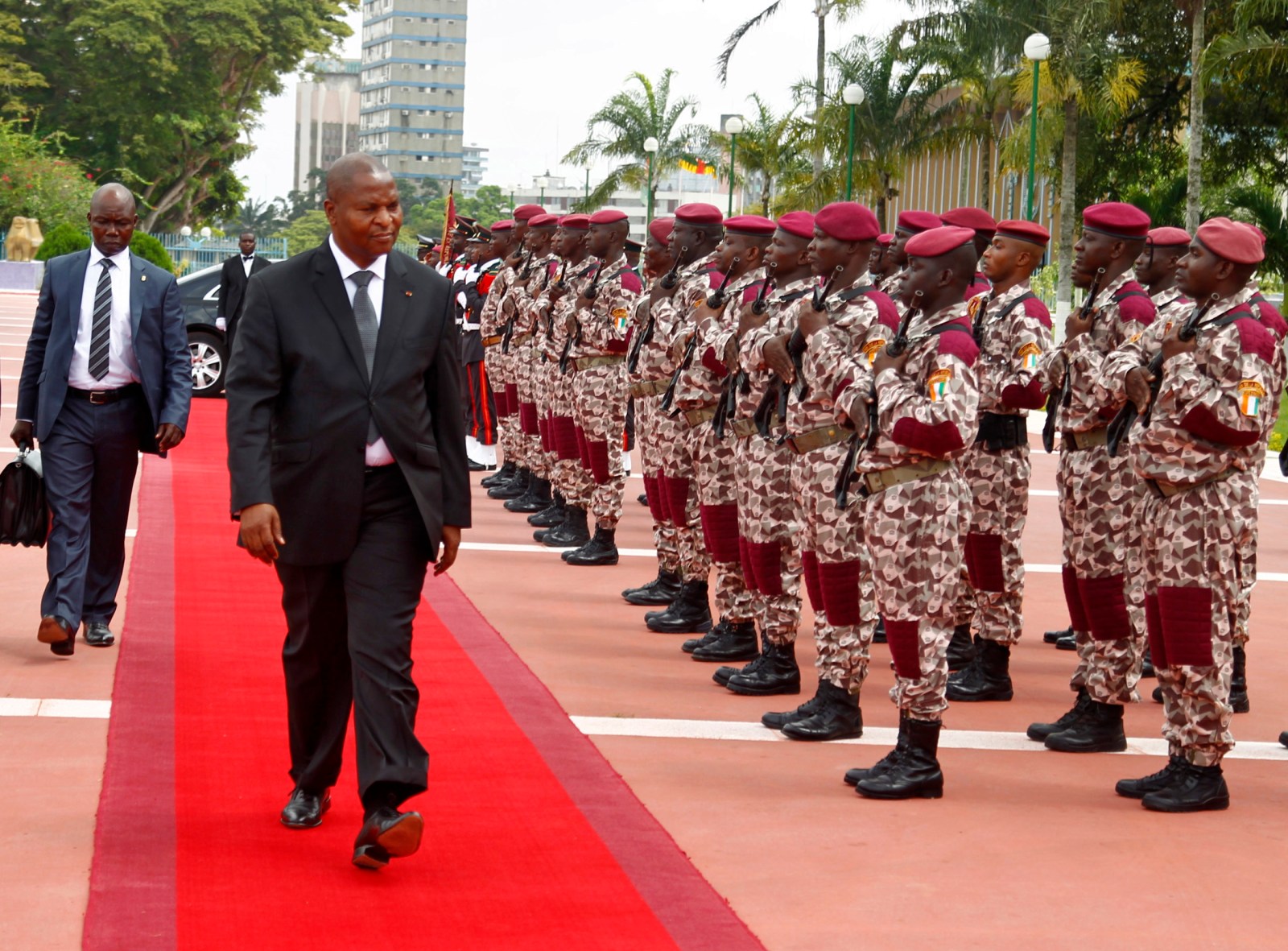 According to the National Elections Agency, incumbent Faustin-Archange Touadéra won with 53% of the votes in the presidential race, securing a first-round victory. (Photo: EPA/LEGNAN KOULA)

Is more robust engagement needed to neutralise armed groups unwilling to give peace a chance?

On 27 December 2020, citizens of Central African Republic (CAR) were called to elect their president and 140 members of parliament amid renewed violence between non-state armed groups.

The security situation had worsened after the Constitutional Court invalidated former president François Bozizé’s candidacy for the presidential election on 3 December. Bozizé joined hands with other armed groups, some of which were an off-shoot of the Séléka coalition that toppled him in 2013, plunging the country into instability.

According to the National Elections Agency, incumbent Faustin-Archange Touadéra won with 53% of the votes in the presidential race, securing a first-round victory. Preliminary results from the legislative elections also promise to be favourable to the ruling coalition.

While the government and international community celebrate this election as a success, opposition candidates have rejected the results. Challengers point to various irregularities that marred the polling, particularly the violent attacks by armed groups that prevented voting in some areas. Most have asked for a rerun of the general elections.

Seven years after the last coup d’état and six years after the deployment of the third-largest United Nations (UN) peace mission, can this election be seen as a milestone in the country’s path to peace?

Successes have been achieved in recent years due to a range of interventions from both the region and the international community. But these elections revealed major vulnerabilities that require rethinking the role of the UN Multidimensional Integrated Stabilisation Mission in the Central African Republic (MINUSCA) and international stakeholders.

The biggest weakness exposed by the polls is that 11,000 UN troops weren’t enough to secure the vote across the country. It took the deployment of additional Russian instructors and Rwandan soldiers to help stabilise some of the voting operations.

The army’s reaction indicates the failure of current international efforts to reform the security and defence sectors. It also reveals the inability of the country’s armed forces to ensure the country’s security.

CAR presidents, including Touadéra, have often depended on external actors to boost their political fortunes and the country’s security. While such support has generally provided short-term relief, it has rarely contributed to durable stability.

It certainly hasn’t advanced the objectives in CAR’s 2016-21 national security sector reform strategy. These include building well-trained, well-equipped and professional defence and security forces able to carry out their missions in compliance with the country’s laws and international obligations. Discussions between the government and international partners should focus on readjusting the strategy to the current security problems.

Peacebuilding literature suggests that the best barometer of a post-conflict country’s stability lies in the third election after the formal end of the conflict. For CAR, this will be at the end of Touadéra’s upcoming term, which has started with his most important political opponents questioning the legitimacy of his win.

These are hardly the best conditions for building national consensus and implementing the political agreement signed between the government and 14 armed groups in Khartoum in February 2019. As it is, most of these groups never seemed particularly keen to implement an agreement that would curtail their privileges and their predatory raison d’être.

Is the Political Agreement for Peace and Reconciliation still a relevant means to bring peace in CAR? Moreover, should the UN doctrine of solving crises politically continue to be applied in this context?

The agreement has often been criticised for lumping together non-state armed groups with very different structures, membership, affiliations, agendas and military capabilities. It has legitimised predatory entities that have weak political constituencies as indicated by their poor showing in elections and limited willingness to morph into political actors.

Many observers say most of the groups have ceased to represent communities’ grievances, so it’s unlikely that any political process would turn them into legitimate actors. A more robust form of engagement should be considered to neutralise Central African armed groups who are unwilling to become part of the formal political process and give peace a chance.

An intervention brigade like that in Democratic Republic of the Congo could help create the conditions needed to restore state authority in a country where rural populations don’t distinguish between non-state armed groups and the Central African Armed Forces. But this would require a wide national consensus as it would lay the ground for political competition in CAR in the long run.

Continuing to provide the government with lethal equipment won’t solve the problem of armed groups. Nor will a more coercive and offensive MINUSCA, if members of the Central African Armed Forces are inclined to disengage when armed groups violate the peace agreement and threaten democracy.

Current political and security developments call for a reflection on the relevance of the UN crisis management doctrine in CAR. The situation has evolved since 2013 when the country faced a state breakdown after a coup led by armed groups representing marginalised communities.

The crisis today has at least three layers. One is the deadlocked political dialogue due to a lack of consensus regarding elections. The second is the fragile security situation characterised by predatory armed groups with a limited political agenda. And third, the fraught state-building process fuelled by the first two factors, including citizens’ limited engagement.

Before MINUSCA was deployed, there were three main armed groups in CAR. Now there are 14 recognised entities. This suggests that a UN presence doesn’t deter armed entrepreneurs’ ambitions to prey on the country’s fragility.

Any prospect of stability in CAR will require the region and the broader international community to adopt a flexible mechanism that prevents the next elections from taking place in conditions similar to those of 27 December. Business as usual shouldn’t be an option. DM