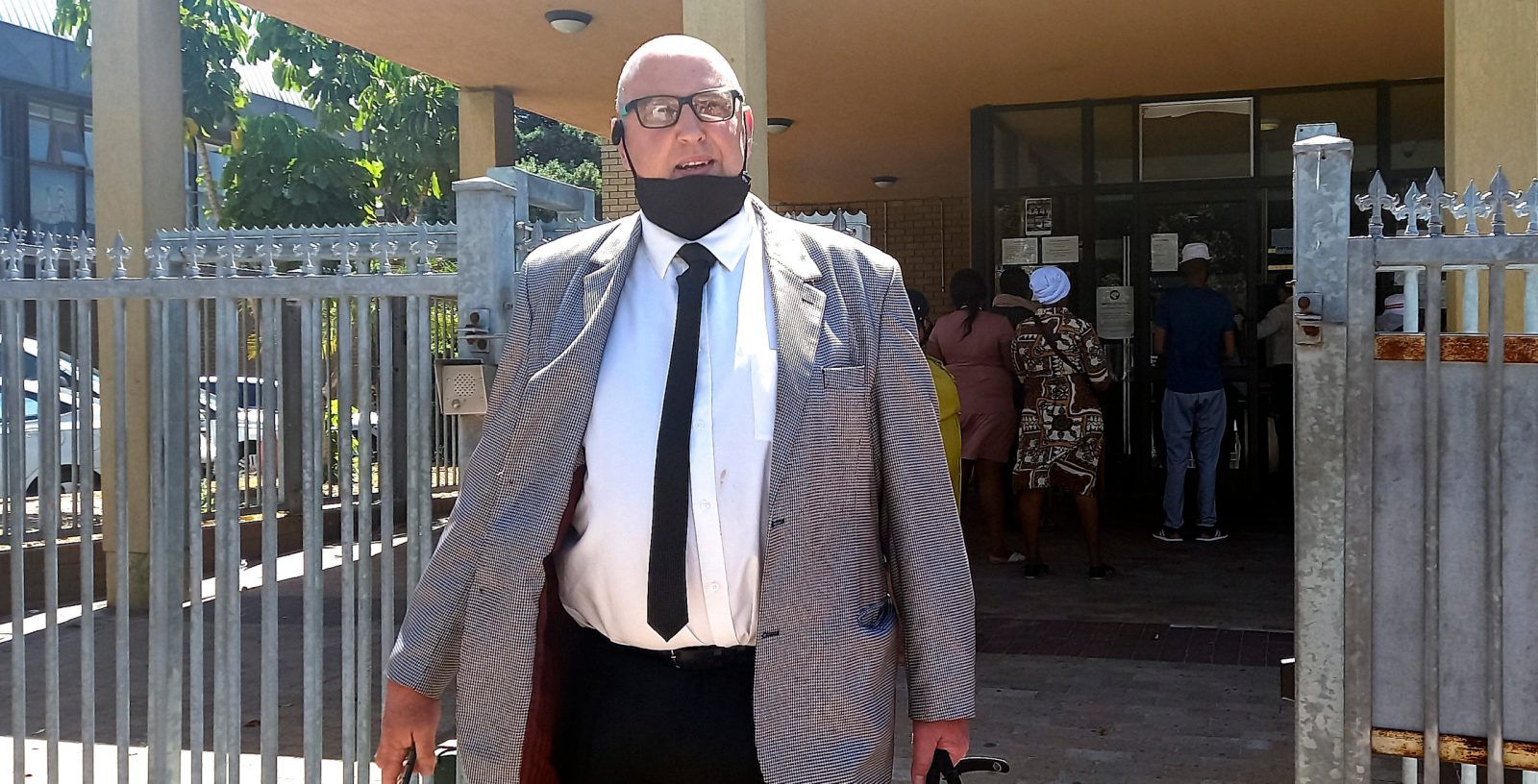 Criminal defence lawyers representing incarcerated suspects have questioned the application of justice after the swift release on bail of three alleged underworld figures by the Cape Town Magistrates’ Court.

Disgruntled criminal lawyers said the speed at which the National Prosecuting Authority (NPA) dealt with the bail applications of alleged underworld trio, Jerome “Donkie” Booysen, Mark Lifman, 56, and Willem Stevens, 66, and who were subsequently released on bail of R100,000, has set a dangerous precedent.

The men were arrested on 22 December 2020 on charges of murder and conspiracy to murder and released on bail within hours. Booysen and Stevens face an additional charge of money laundering.

Their arrests relate to the murder of steroid smuggler Brian Wainstein on 18 August 2017. The matter was originally registered in Wynberg, but the bail application was heard in the Cape Town Magistrates’ Court.

Captain Lizelle Herbst, the investigating officer in this matter, said in her affidavit: “The State has evidence of witnesses, corroborated and confirmed by objective evidence, that between May 2017 and 17 August 2017 the applicants discussed, conspired and then procured assassins to kill Wainstein on 18 August 2017.”

Herbst said the assassination was allegedly funded by Mark Lifman.

After the murder, Stevens allegedly received payment from Lifman through a third party for his role in the killing; thereafter Booysen and Stevens allegedly shared in the proceeds of the deceased’s illegal steroid business which continued after his death, she added.

Shortly after the trio’s release, lawyers at the Bellville, Athlone and Wynberg magistrates’ courts told Daily Maverick they had been asked by their clients if they could get the same treatment as the alleged underworld trio. Clients also asked why they had to spend weeks and even months behind bars before their bail applications were heard.

Parents who learnt of the trio’s speedy release on bail also expressed concern. One Heideveld mother, Wendy Frans, said her son was arrested a month ago for attempted murder and his bail application had still not been finalised.

“I’m disgusted by such treatment and also by the fact that two of the trio’s weapons were not surrendered for a schedule 6 offence. My client was arrested on Wednesday, 23 September 2020, and we are still battling to have him released on bail,” Bryer told Daily Maverick.

A closer look at the affidavits submitted by Booysen, Lifman, Stevens and that of Kilian showed similarities. The trio indicated they were not a flight risk, not a threat to any witnesses, would not tamper with evidence, were not even aware of who the witnesses were, were not a danger to society and that they would be pleading not guilty to the charges.

In their affidavits, Booysen and Lifman objected to handing in their legally owned firearms for the duration of the case, citing the need for a firearm for purposes of self-defence. The pair also submitted that removing their firearms would be unfair and would affect their rights in respect of self-protection.

There have already been seven unsuccessful attempts to kill Jerome Booysen, with the latest coming on Monday, 28 December 2020, at a Durbanville funeral. Shots were fired at the alleged gang leader and he escaped unharmed.

There are striking differences in the State affidavits in the two cases. In the matter of the alleged underworld trio, investigating officer Herbst, in her affidavit regarding the non-opposition to release on bail under stringent conditions indicated “concerns may however be overcome if the court releases the applicants on R100,000 bail, which will reflect the seriousness of the offence”.

However, in the Kilian matter, the State from the offset said they would oppose bail, arguing that the accused had links with several underworld figures and corrupt police officials, indicating that he might evade his trial, intimidate witnesses or destroy evidence. If released, the likelihood existed that Kilian would endanger the safety of the public.

The State seems to have overlooked this argument when granting bail to Booysen, Lifman and Stevens.

Kilian wasn’t the person who pulled the trigger when Kinnear was shot on 18 September 2020 outside his house in Bishop Lavis. Instead, the State claims he aided and abetted the crime by pinging the cell phone of Kinnear at least 2,400 times.

The alleged underworld trio, as well as Kilian, are facing schedule 6 offences under the Criminal Procedure Act (CPA). In terms of this schedule, the accused must prove that exceptional circumstances exist which allow his or her release on bail.

Section 60(11) of the CPA provides for an exception rule, which states that where an accused is charged with planned or premeditated murder, with the killing of a police officer or with rape-related offences, bail must be denied unless the accused can prove to the court that “exceptional circumstances” exist, which in the interests of justice permits his or her release.

However, in such instances, the National Director of Public Prosecutions (NDPP) can issue a written confirmation that they intend charging the accused with one of these schedule 6 offences.

Constitutional law expert Prof Pierre de Vos points out the circumstances in which a court may grant bail to an accused person charged with a heinous crime are widely misunderstood in South Africa.

He underlined that a court is not meant to withhold bail merely to punish the accused or to demonstrate disapproval of an alleged crime committed by the bail applicant. Doing so, he said, would amount to a form of detention without trial.

Another legal expert, Perino Pama, from Mosdell, Pama & Cox Attorneys, said that when considering whether bail should be granted in a particular case, the court must consider the personal circumstance of the accused, the seriousness of the offence and the interests of justice.

He said that because of the different facts in each bail application, some people would obtain bail on the same charge on which another person might be refused bail.

Commenting on the speedy release on bail of Booysen, Lifman and Stevens, the NPA’s Eric Ntabazalila said: “The key objective was to prevent the flight risk of Mark Lifman and Jerome Booysen and this was achieved through the surrendering of their passports.

“The State applied for house arrest as a bail condition to prevent the accused from posing a risk to the public… as was evidenced by the recent attempt on the life of Booysen at the funeral in Durbanville.”

The court refused the house arrest request and the decision not to oppose bail was purely a tactical one, he said, adding that the accused were the subject of ongoing cases which include a number of other suspects.

“The State, in opposing bail, would have had to reveal evidence which could compromise other sensitive investigations and prosecutions and alert other suspects of their impending arrest, while not being assured that bail would be refused bearing in mind that this was a three-year-old case and the State had limited ‘ammunition’ under section 60 of the CPA to oppose bail.

“The State chose instead to expedite this matter to get it to trial and not to get bogged down by protracted bail litigation without the guarantee of success,” he said.

Booysen, Lifman and Stevens are expected back in the Cape Town Magistrates’ Court on 9 February 2020.

Meanwhile, Kilian appears again in the Cape Town Magistrates’ Court on 18 January in connection with the attempted murder of lawyer William Booth in April 2020.