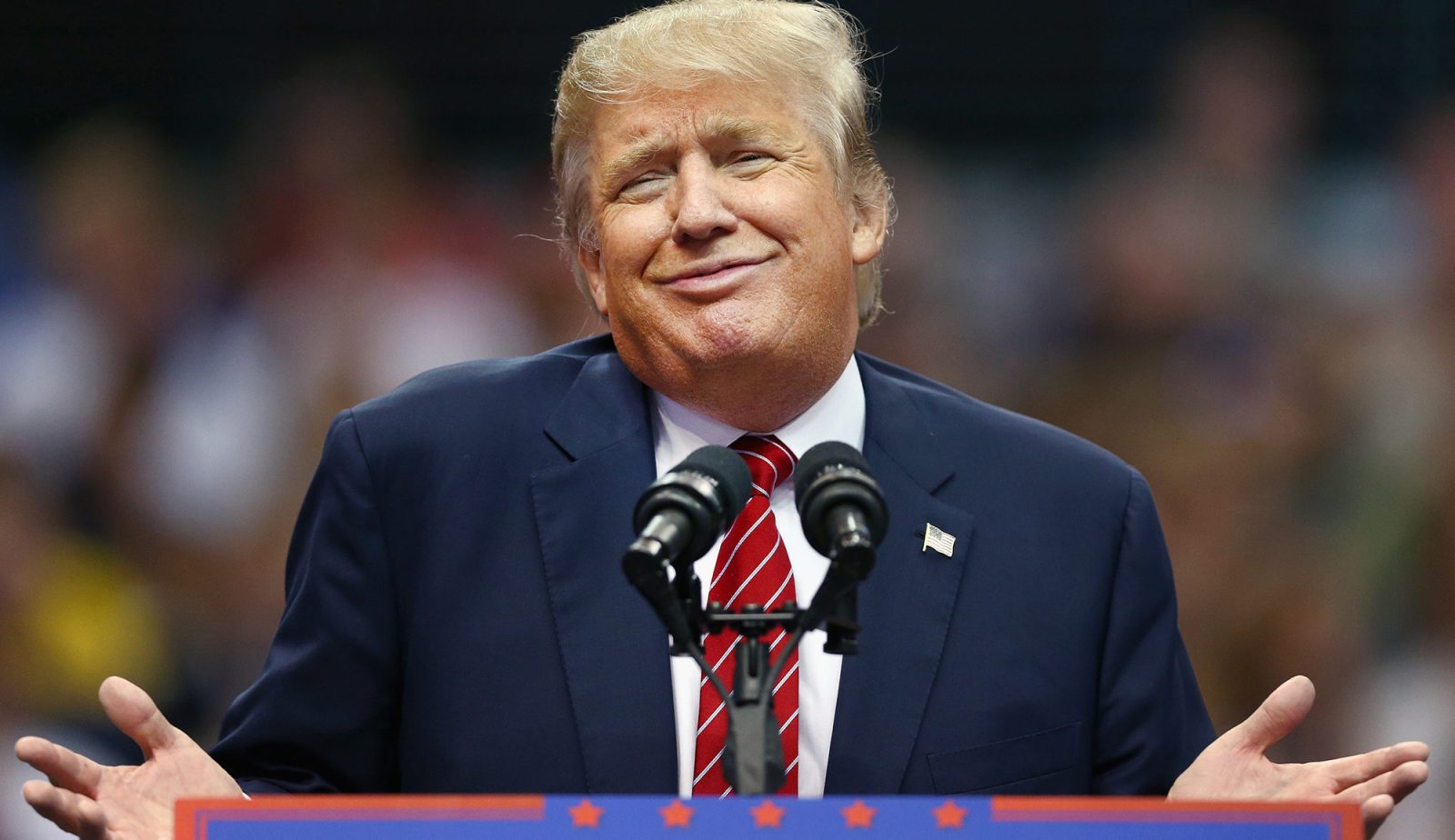 File Photo: Then presidential candidate Donald Trump speaks during a campaign rally at the American Airlines Center on September 14, 2015 in Dallas, Texas. More than 20,000 tickets have been distributed for the event. (Photo by Tom Pennington/Getty Images)

Growing numbers of lawmakers want the US president out of the White House before January 20, but Mike Pence seems unlikely to invoke the 25th Amendment. Meanwhile, the public steps up to help find the Capitol rioters and investigations are underway to find out why the Capitol Police went unaided for so long.

Democrats have introduced an article of impeachment against President Donald Trump. While there are plans for the House to vote to impeach him on Wednesday at 9am, the motion first has to pass a resolution which urges Vice-President Mike Pence to invoke the 25th Amendment.

A vote on the resolution is set for Tuesday night.

The impeachment resolution was formally introduced on Monday, charging the president with “incitement of insurrection”. It highlights Trump’s false claims around winning the election and his speech to the crowd on Wednesday, 6 January, after which the crowd marched to the Senate and rampaged through the building.

Recently retired Professor Rusty Brooks – who has more than 4o years’ experience in assisting governments and teaching about governance and governing at the International Center at the Carl Vinson Institute of Government – told Daily Maverick: “I saw the beginnings of this with the formation of the Tea Party but I never thought it would get to the point where I would see people ransacking the Capitol, threatening to hang the vice-president, threatening to actually kill people.”

In their wake the rioters left chaos, destruction of public property and five deaths, including a policeman who was beaten up and later succumbed to his injuries. About 50 policemen were reportedly injured.

Brooks mentions the policeman who was “murdered” by rioters while many people stood by and did nothing, and says the mob must face the law: “If people who were engaged in this, including the president, walk away scot free, it just emboldens those who come after them.”

There was little doubt that Trump, on the morning of 6 January, “fired up” his supporters, telling them “if you don’t fight like hell, you’re not going to have a country anymore… We’re going to walk down Pennsylvania Avenue… and we’re going to the Capitol and… and we’re going to try and give them the kind of pride and boldness that they need to take back our country… so let’s walk down Pennsylvania Avenue.” But Trump himself walked back to the White House as his supporters went up the hill.

Brooks says: “All you gotta do is to watch him speaking, Rudy Giuliani speaking, Trump Jr speaking – if that wasn’t incitement to riot, I don’t know what it was.”

On the same day the House and Senate announced they were opening an investigation into the Capitol Police and other law-enforcement agencies’ handling of the coup attempt (the riot fits the definition of an attempt at a “sudden, violent overthrow of an existing government by a small group”.)

The “takeover” had been planned for weeks and was openly discussed on social media and various websites, with red flags raised by watchdog groups. DC mayor Muriel Bowser had asked for the National Guard to be deployed, but the Defence Department did comply.

On Sunday, 10 January, Sund (his resignation takes effect on January 16) told the media he had asked for the National Guard to be called in but received no support because security officials in Congress and at the Pentagon “were not comfortable with the ‘optics’’. He said both the sergeant at arms for the House, Paul Irving, and the sergeant at arms for the Senate, Michael Stenger, were not cooperative. Both have resigned after their heads, too, were called for.

Sund said he, like Bowser, had called for assistance in the run-up to the   violence and when the rioting started. “If we would have had the National Guard we could have held them at bay longer,” he told The Washington Post.

Brooks says the investigations must reveal what was happening behind the scenes to explain why senior officials and external law-enforcement agencies would not back up the Capitol Police: “I’m sure there were people who did not want the National Guard there – who were those people? Why did they not want them there?

By the weekend 87 people had been arrested – DC police said only one was from DC – and the US Attorney’s office for DC had filed 17 cases in federal court, including assaulting a law-enforcement officer, threatening the House Speaker and violent entry. About 40 cases, covering charges such as curfew violations and gun crimes, had been filed in the Superior Court.

The individuals arrested were from the following areas:

One of the rioters charged in federal court is Richard Barnett of Arkansas, now infamous for taking his picture while seated behind Nancy Pelosi’s desk, with his booted feet on the desk. Also in federal court is Lonnie Coffman, from Alabama, who was found on Capitol grounds with 11 Molotov cocktails in his possession, as well as guns.

Another by now famous face is that of the man carrying the Speaker’s lectern – Adam Johnson of Florida.

The US Attorney for the District of Columbia has said more charges can be laid against those arrested as more evidence is gathered. The day after the attack on the Capitol the FBI called on the public to help find the people involved in the violence and damage.

FBI Director Christopher Wray announced: “As we’ve said consistently, we do not tolerate violent agitators and extremists… We are determined to find those responsible and ensure justice is served.”

The FBI is seeking to identify individuals instigating violence in Washington, D.C. We are accepting tips and digital media depicting rioting or violence in and around the U.S. Capitol on January 6. If you have information, visit https://t.co/buMd8vYXzH.

On Monday the FBI announced that its request for information and help in finding the rioters had generated about 40,000 tips.

US media also reported that the FBI has information that nationwide armed protests are being planned at all 50 state Capitols from Saturday 16 to 20 January and at the US Capitol from Sunday 17 to 20 January.

Following the Capitol riot and other #StopTheSteal protests at some state Capitols on the day, law-enforcement around the country is stepping up, with 15,000 National Guard members being deployed to DC for the inauguration on 20 January.

A Capitol Police officer who was on duty during the 6 January riot, died while off duty on Saturday. Howard Liebengood was 51 and had been with the Capitol Police since 2005. His death was referred to by a colleague as suicide. It is not clear whether it was linked to the Capitol riot. DM