Elections and instability as Africa enters 2021 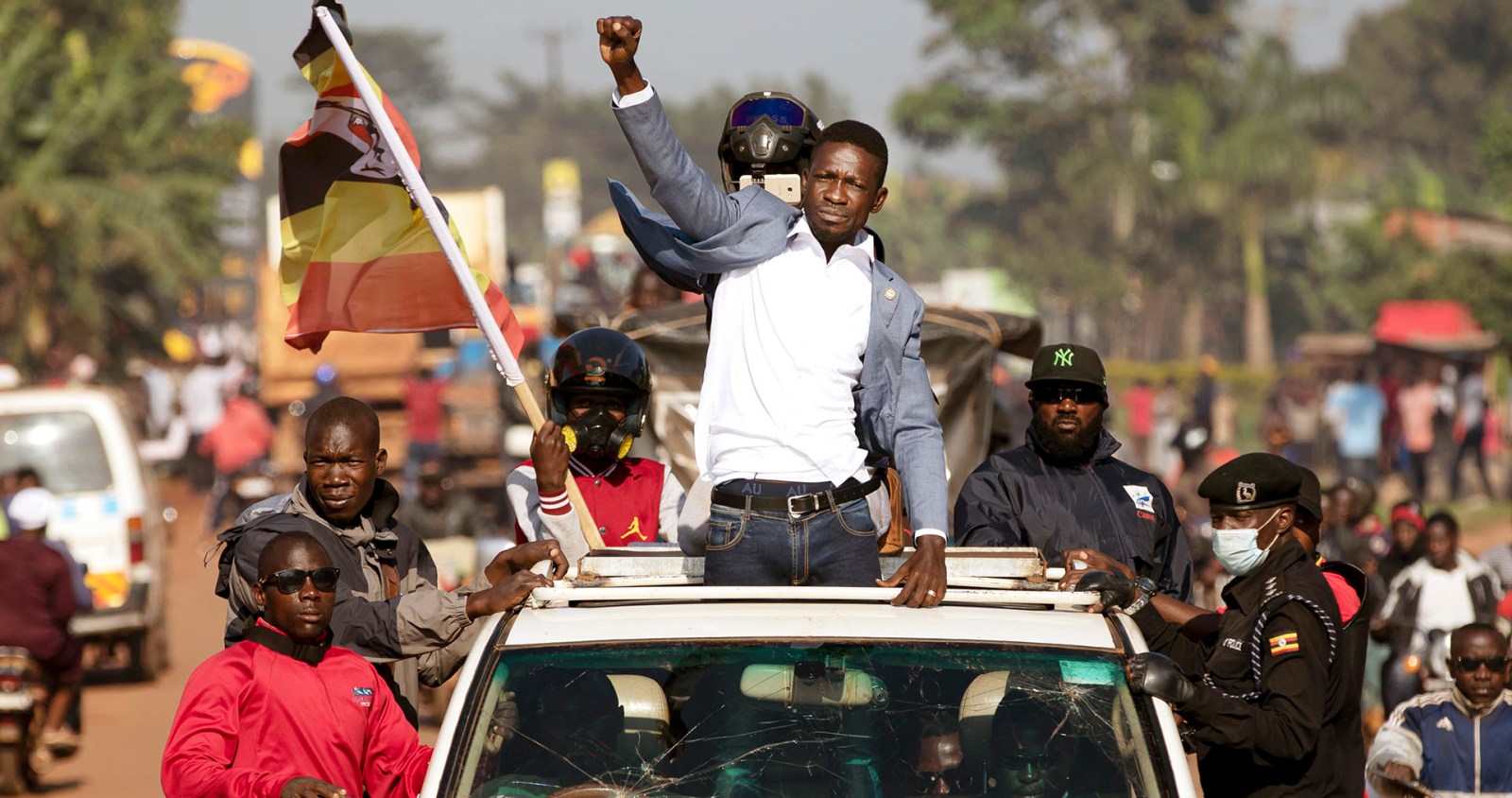 Bobi Wine parades through crowds of people in Kayunga District on December 01, 2020 in Jinja, Uganda. Presidential candidates are campaigning in Uganda ahead of the elections scheduled for the 14 January 2021. (Photo by Getty Images/Getty Images)

No fewer than 10 presidential elections are planned for 2021 – in Benin, Cape Verde, Chad, The Gambia, São Tomé and Príncipe, Somalia, South Sudan, Uganda, the Republic of the Congo and Zambia. Ethiopia is also having all-important general elections.

Of these, South Sudan is in a state of active conflict and in the midst of a fragile political transition. According to a November 2020 report by the United Nations panel of experts on South Sudan, President Salva Kiir “has locked the opposition out of the government’s decision-making process,” including First Vice-President Riek Machar.

In Somalia, the opposition are already questioning the transparency and fairness of February’s presidential polls. They’ve rejected the election committees appointed by the federal government, accusing them of bias towards the incumbent federal government. Tensions between the federal government and regional states are also high. This doesn’t bode well for the country’s precarious security situation and could give al-Shabaab and Islamic State in Somalia an opportunity to wreak more havoc.

In Uganda, President Yoweri Museveni, in power for 34 years and counting, is running for a sixth consecutive term. Term limits were scrapped in 2005 and the age limit for presidential candidates in 2017.

Uganda’s civic space is closing, with crackdowns on public rallies and targeting of opposition leaders. The repeated arrests of Bobi Wine and intimidation of the opposition sparked protests which were repressed and led to dozens of deaths and arrests. With elections scheduled for 14 January, tensions are rising and election results are likely to be disputed again.

Zambia has historically held relatively peaceful elections, but after the disputed 2016 polls there are concerns that the same scenario – if not worse – could play out. President Edgar Lungu’s government has undertaken numerous reforms, including revamping the voters’ register, which has raised suspicions of impending fraud.

South Sudan, Uganda and Zambia will hold general elections – both presidential and parliamentary – and the outcomes of the parliamentary elections will also be important for governance in these countries.

Benin is also scheduled for elections in April and May. President Patrice Talon is expected to run for a second term after a tumultuous first term in office. Talon is said to have undermined some of the key tenets of Benin’s nascent democracy through reforms that have weakened the opposition.

In Chad, the die is pretty much cast. President Idriss Déby, who celebrated 30 years in power on 1 December 2020, will probably be re-elected. A constitutional amendment passed in May 2018 not only allowed him to remain in office until 2033 but strengthened his presidential authority. The country’s socio-economic vulnerabilities are well known and the threat of rebellion cannot be ruled out.

The Gambia’s upcoming elections will be the first since Yahya Jammeh lost power in 2017. President Adama Barrow’s first term has largely been about rebuilding after more than 20 years of Jammeh’s rule. This mammoth task requires reforming every sector of the country, not least of which the economy and the security sector, and finding avenues for the country’s youthful population.

Parliamentary elections are also planned in Algeria and Côte d’Ivoire. Algeria has struggled to free itself from the tentacles of ousted president Abdelaziz Bouteflika’s regime. The polls are another opportunity to determine whether and what kind of reforms can be conducted in the country.

In Côte d’Ivoire, where incumbent Alassane Ouattara was re-elected to a controversial third term, parliamentary elections might constitute another casus belli, depending on how the opposition decides to approach them.

The protracted conflicts in Somalia, South Sudan, Sudan, Libya and the Central African Republic (CAR) will probably remain on the agenda of the African Union (AU) Peace and Security Council (PSC). Tensions sharply rose with attempted armed marches on Bangui before the CAR’s December presidential and legislative elections. The opposition is contesting the poll results while armed groups continue to threaten peace and stability.

Meanwhile, more attention must be paid to the conflicts in northern Cameroon and northern Mozambique. Gruesome killings during 2020 in both countries are a stark reminder that Africa needs to act quickly and decisively on early warnings of violence.

Ethiopia’s fragility has come to the fore with the outbreak of an armed conflict in November 2020 between federal government forces and the Tigray People’s Liberation Front. Further conflict could undermine stability both in Ethiopia and the entire Horn of Africa region. General elections were postponed from August 2020 to June 2021.

In the Sahel and West Africa, democratic governance deficits have contributed to political tensions and instability, and enabled terrorism. Several ad hoc measures have been taken, but the dynamic nature of the underlying causes will continue to present major challenges to peace and security in the region.

In 2021, the effects of Covid-19, including lower economic output, job losses and growing poverty, might lead to more demands for social intervention from governments already facing protests over inadequate service provision. There is also a likelihood of continued popular protests in Nigeria, Côte d’Ivoire and Uganda, as witnessed in 2020.

More robust and sustainable African responses are needed to tackle the continent’s many complex problems. Plans for economic recovery from Covid-19 must be paired with addressing the governance issues that preceded the pandemic.

The PSC should proactively table issues, while the AU Commission chairperson could mobilise resources such as preventive diplomacy and mediators. AU member states need to adhere to continental norms and instruments such as the African Charter on Democracy, Elections and Governance.

The Democratic Republic of the Congo will chair the AU in 2021, and must contend with these continental issues. This comes as President Félix Tshisekedi tries to consolidate his power domestically. There is little doubt that 2021 will be yet another challenging year for Africa. DM

This article was first published in the ISS PSC Report.