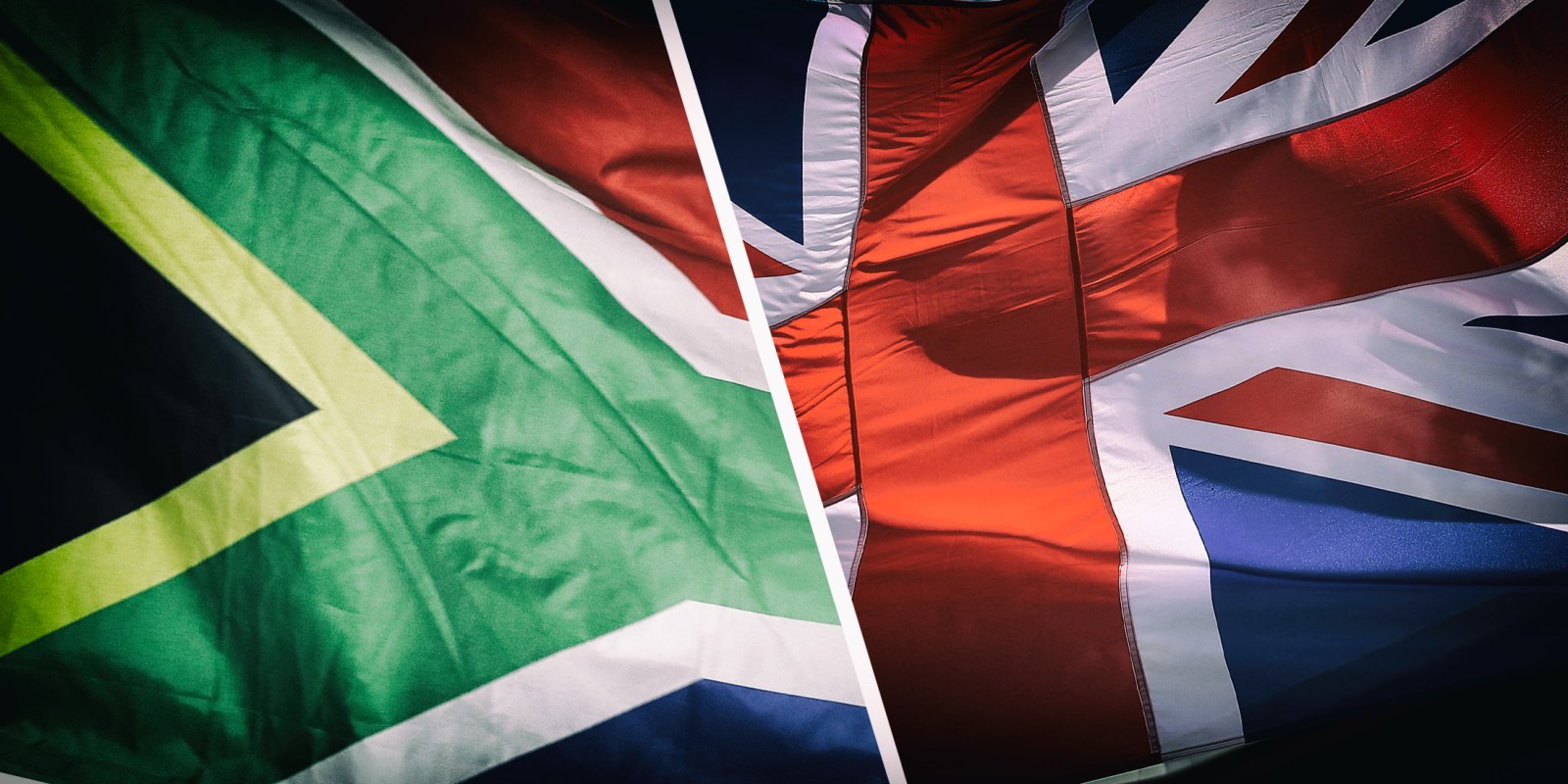 December 2020 was a busy month, with Minister of Trade and Industry Ebrahim Patel announcing the implementation of the UK agreement. This is even more confusing than the AfCFTA. (Photos: EPA-EFE / Mark R Cristino | Bryn Lennon / Getty Images)

The sprawling metropolis of East London has a population roughly equal to the population of São Tomé and Príncipe – just above 200,000 in both cases. São Tomé and Príncipe (two islands, but one country) account for half the African countries with which the Southern African Customs Union has implemented the African Continental Free Trade Area. The other half is Egypt.

Now this might be disappointing, given the exuberant media coverage saying we have implemented the African Continental Free Trade Area (AfCFTA). Fifty-four of the 55 African Union members have signed the agreement and, at last count, 34 have deposited their instruments of ratification.

Although Minister of Trade and Industry Ebrahim Patel has “called on South African farmers and manufacturers to gear up for the new opportunities in export markets”, it is by no means clear which markets he had in mind when he made this statement.

I am a huge supporter of the AfCFTA, but I don’t think the politics and reality are even close to aligning. The single most important part of making a trade agreement work is for people to know where the benefits lie.

I was contacted last week by someone wanting to know if the services she offered into the rest of Africa would now be exempt from income tax, and I can’t count the number of inquiries about the preferential duty rates in various African countries by enthusiastic exporters. The answer has been a consistent “I don’t know” because this information is simply not available and, in fact, likely not to have been finalised for the countries outside of the two noted above.

The Department of Trade, Industry and Competition (DTIC) is the custodian of the agreement, yet it has no recent information on its website about the agreement.

Trade agreements only have value when people know how to use them. In this respect, the media coverage has, if anything, been misleading, even if the misdirection has not been intentional.

December 2020 was a busy month, with Patel announcing the implementation of the UK agreement. This is even more confusing than the AfCFTA.

Irrespective of what is negotiated and what the politicians say in the media, a trade agreement only has effect when it has been adopted into our domestic legislation.

Our agreement with the UK has sort of been incorporated. The text of the agreement has been inserted into our Customs Act, but the tariff schedule has not. A note has been inserted into the act, saying that if you import from the UK, the EU rate should apply. Given that the UK is no longer part of the EU, you can imagine how confusing this is and how many people are going to import and overpay their duties.

This impact will flow upstream, suppressing the price of scrap metal, which will negatively impact on upstream manufacturers, SOEs (the largest generator of scrap steel is Transnet) and, of course, the country’s unluckiest residents – the 300,000 scrap metal collectors in the informal sector.

An unofficial discussion with a SARS official gave the startling possibility that the schedules were never added to our tariff book because those schedules were still being negotiated. No one at the DTIC could confirm if this was indeed the case.

That is not all that happened in December. The annual quota for bone-in chicken from the US has been increased to 69,972 tons a year. This quota allows importers to import chicken from America without paying the anti-dumping duties of more than R9/kg.

The South African Poultry Association went to court a little while ago to challenge this rebate, but it withdrew its case after a discussion behind closed doors with the DTIC. I must assume that antagonising the Americans while Trump was president was seen as not being a particularly wise course of action.

But wait. There’s more. In a very worrying turn, duties have been increased from zero to 15% on rolled aluminium. On the face of it, this may seem like a good idea, but a deeper dive reveals the perils awaiting the downstream industry and Hulamin (the applicant).

Hulamin has tried to increase these duties twice before and has failed both times for good reason. This time it has succeeded, but I fear this is a Pyrrhic victory. Just like hot-rolled steel, rolled aluminium is the raw material from which beer cans and many other downstream products are made. If you push up the price of rolled aluminium, you immediately create an incentive to import the downstream product.

I predict we will see an increase in the imports of can ends (the part with the pull tab), which ship very efficiently and currently have a lower duty than the raw material. This will remove volume from Hulamin, exacerbating the problem.

Hulamin is heavily export-focused and it has lost market share in the US. It has made up some of its lost volume, but its exports are priced considerably below local prices.

Because exports are such a large portion of Hulamin’s sales, local prices have to be considerably higher to make up the lost margin on exports.

As with the duties on steel, I suspect its local volumes will drop after this as people import downstream products. Unless those duties are also increased (pushing up the price of beer which you are no longer allowed to drink), we will see increases in those downstream import volumes.

That would further reduce the volume Hulamin is selling, creating a death spiral for this important business.

This is the reason the prior duty increases were refused.

A final note. Patel has decided to extend the Preferential Pricing System (PPS) on scrap metal exports. The PPS is a system that forces scrap metal recyclers to first sell their scrap at a steep discount into the local market before they can obtain a permit for exporting. A permit is only issued if they cannot find a local buyer for the scrap.

This system was due to be replaced by export duties from March 2021 onwards, but Patel has decided to run both at the same time and so PPS has been extended to July 2021, with no assurance that it will not be extended again beyond that date. It has been extended a few times in the past, so this is not an unreasonable concern. With recyclers facing both PPS and export duties, it becomes difficult to see how many of them will survive: you are forced into a discount for local sales and, if you export, you pay a large duty. It is not clear where the margin will come from if both avenues are closed off.

This impact will flow upstream, suppressing the price of scrap metal, which will negatively impact on upstream manufacturers, SOEs (the largest generator of scrap steel is Transnet) and, of course, the country’s unluckiest residents – the 300,000 scrap metal collectors in the informal sector.

But who wins? The downstream foundries and mini-mills have developed an insatiable appetite for scrap metal as a raw material, largely as it is artificially cheap. Unlike other raw materials, you can’t make more of it and, in fact, most companies are continually working on ways to generate less waste. If the supply of scrap declines, which it has, and the demand keeps increasing with no way to use price to balance supply and demand, there will be never-ending pressure getting the last bits of exported scrap banned to keep the hungry mini-mill beast fed. BM/DM