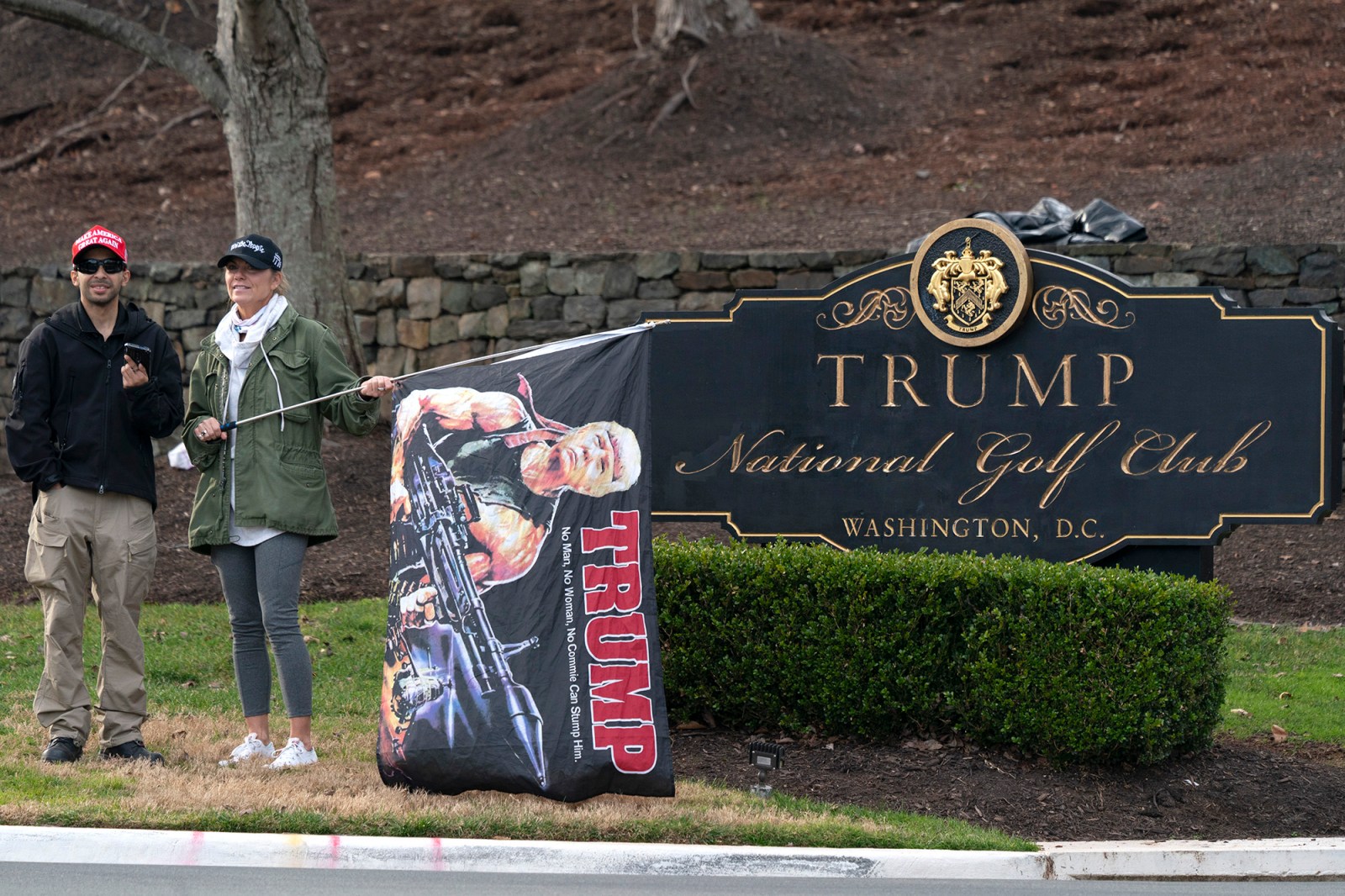 The fallout around last week’s terrorist siege on the US Capitol building spilled over into the sporting world when the PGA of America pulled a golf major from a Donald Trump-owned course.

The PGA of America has severed ties with outgoing US President Donald Trump after its membership voted to move the 2022 PGA Championship from its planned host course of Trump National Golf Club Bedminster in New Jersey. The new venue will be announced shortly.

It was a bold decision as years of planning had already gone into the event and it is sure to lead to a legal challenge from Trump and his organisation. Bedminster was named as host in 2012 and has spent considerable time and money to prepare for one of golf’s most prestigious titles.

But after Trump’s role in last week’s insurrection and the subsequent storming of the Capitol by a mob that resulted in death and destruction, many former Trump supporters are scurrying for cover. The president is also facing possible charges.

“We find ourselves in a political situation not of our making,’’ said Seth Waugh, the CEO of the PGA of America, in an interview with the Associated Press. “We’re fiduciaries for our members, for the game, for our mission and for our brand. And how do we best protect that? Our feeling was given the tragic events of Wednesday that we could no longer hold it at Bedminster. The damage could have been irreparable. The only real course of action was to leave.”

The PGA of America – and the sport of golf in the USA – is deeply Republican and conservative. But it appears, even golf has its limits.

“It has become clear that conducting the PGA Championship at Trump Bedminster would be detrimental to the PGA of America brand and would put at risk the PGA’s ability to deliver our many programmes and sustain the longevity of our mission,” PGA of America president Jim Richerson said in a statement.

“Our board has thus made the decision to terminate the contract to hold the 2022 PGA Championship at Trump Bedminster. It was a decision made to ensure that the PGA of America and PGA professionals can continue to lead and grow our game for decades to come.

“We have had a beautiful partnership with the PGA of America and are incredibly disappointed with their decision,” a spokesperson for the Trump Organisation told American TV network ABC.

“This is a breach of a binding contract and they have no right to terminate the agreement. As an organisation we have invested many, many millions of dollars in the 2022 PGA Championship at Trump National Golf Club, Bedminster. We will continue to promote the game of golf on every level and remain focused on operating the finest golf courses anywhere in the world.”

Not the first time PGA has turned on Trump

While golf and Trump are synonymous, it isn’t the first time that golf’s officials have cancelled tournaments at Trump-owned courses for varying reasons.

In 2016 the PGA Tour’s WGC-Cadillac Championship was moved from Trump National Doral in Florida and eventually became the WGC-Mexico Championship.

At the time it ended 55 consecutive years that the PGA Tour had been going to Doral. Naturally Trump, who was the Republican presidential nominee at the time, didn’t take kindly to the news.

Of course, as ever with Trump, his outburst was short on facts as the Cadillac had ceased to be a sponsor and there were better commercial opportunities offered in Mexico.

At the time, PGA Tour commissioner Tim Finchem revealed that Trump’s personality was an issue in their deliberations though.

“One of the difficulties with sponsorship here – I know everybody is talking about politics, but it’s actually not that, in my view,” Finchem said. “I think it’s more Donald Trump is a brand, a big brand, and when you’re asking a company to invest millions of dollars in branding a tournament and they’re going to share that brand with the host, it’s a difficult conversation.

“Once it became apparent that we would not be able to secure sponsorship at levels that would sustain the event and help it grow at Trump National Doral, we began having serious discussions with Ricardo and Benjamin Salinas, who expressed strong interest in bringing a tournament to Mexico City to benefit golf and its development throughout Mexico.

“Cadillac has been a tremendous sponsor and Donald has been a most gracious host since taking over the property in 2013. The PGA Tour has had a wonderful history in greater Miami and at Trump National Doral, and we remain interested in returning when the time is right.”

In 2015 the PGA of America’s Grand Slam of Golf also cancelled its event at Trump National Golf Club in Los Angeles over some of Trump’s statements on immigration.

Trump likes to be seen with sports stars and bequeath honours on them. Last week South Africa’s nine-time major winner Gary Player received the presidential medal of freedom from Trump, which was widely condemned following the Capitol invasion. DM