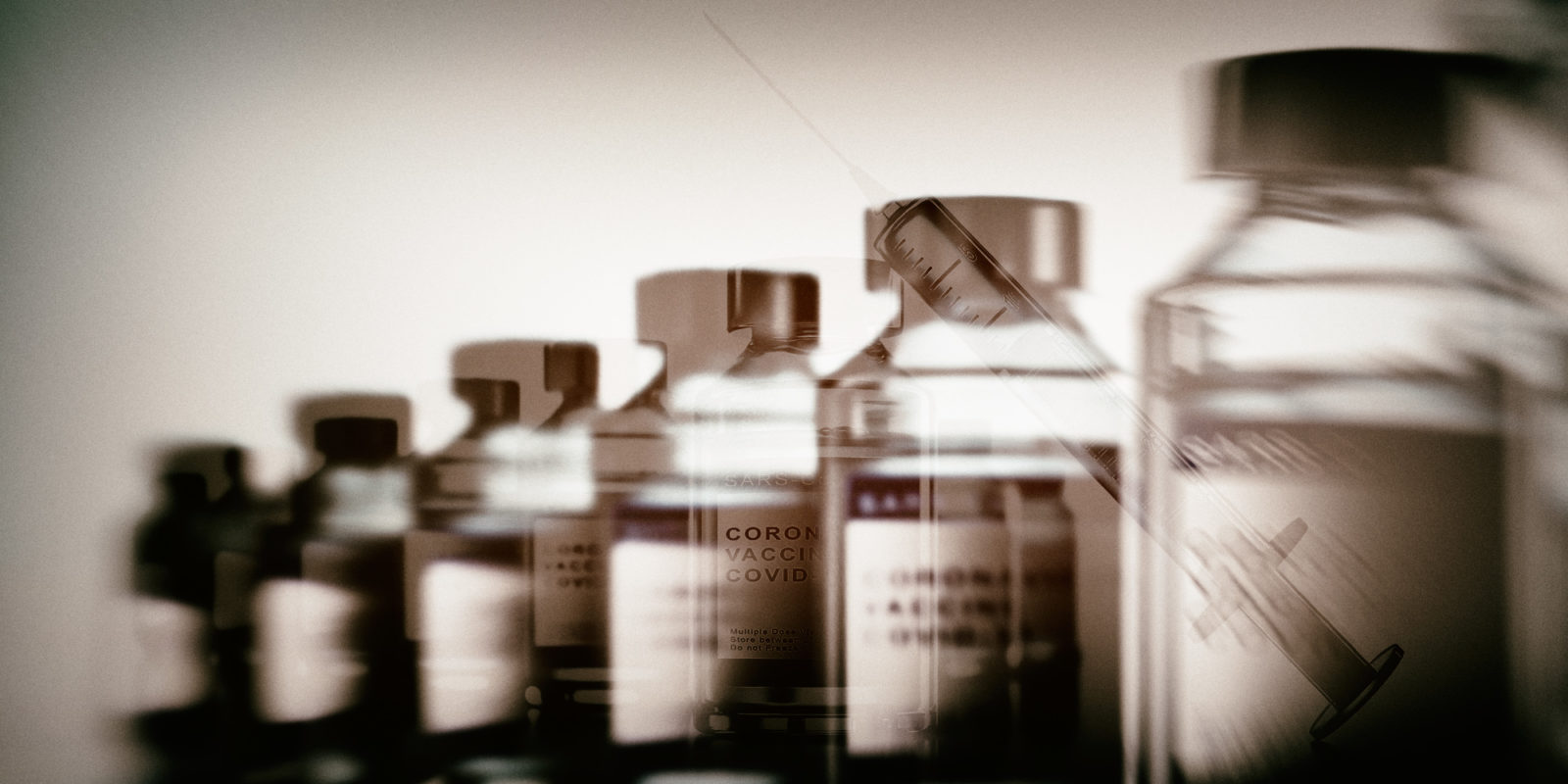 Japan has found a variant of the coronavirus similar to strains discovered in Britain and South Africa. The UK is on course to meet its target for vaccines, but faces pressure on the health service due to surging cases, Health Secretary Matt Hancock said.

US lawmakers may have been exposed to the coronavirus while they were held in a secure room during Wednesday’s attack on Congress, the Capitol’s attending physician said. The nation added more than 269,000 virus cases Saturday.

Switzerland’s drug regulator may give the green light to Moderna’s Covid-19 vaccine by 13 January, Japan is reportedly considering approving Pfizer’s vaccine for people aged 16 and above, while India will kickstart one of the world’s largest coronavirus inoculation campaigns on 16 January.

The UK will begin clinical trials on a nasal spray aimed at reducing infection by killing the coronavirus, according to a company statement released Sunday.

SaNOtize Research and Development Corporation, based in Vancouver, said the trials will begin on 11 January at Ashford and St Peter’s Hospitals NHS Foundation Trust. The spray uses nitrous oxide to prevent the virus from incubating and spreading to the lungs, the company said.

It is undergoing Phase 2 trials in Canada.

Lawmakers may have been exposed to the coronavirus while they were held in a secure room during Wednesday’s attack on Congress, the Capitol’s attending physician said on Sunday.

“Many members of the House community were in protective isolation in a room located in a large committee hearing space,” physician Brian Monahan said in a statement. “During this time, individuals may have been exposed to another occupant with coronavirus infection.”

Big-box stores should be on the table to improve access and speed up distribution of vaccines, said former US Food and Drug Administration chief Scott Gottlieb. “We need to take an all-of-the-above approach and push it out through different channels, including the big-box stores, including federal sites that the Biden administration is talking about setting up. We need to try everything right now to create multiple distribution points.”

Gottlieb, who sits on the board of Pfizer, said supply isn’t as much of an issue as distribution right now, but in two or three weeks it could become a greater concern. He noted that with roughly 40 million vaccines available around the country and about 50 million Americans over the age of 65, there’s currently enough supply to vaccinate senior citizens “more aggressively” if more varied distribution points are opened.

The UK reported more than 50,000 cases for the 13th day in a row, with 54,940 new infections recorded on Sunday. Another 563 people died within 28 days of a positive test, bringing the total to 81,431. Fewer fatalities are often seen on weekends due to reporting delays.

The government is planning new restrictions to be approved by decree later this week. Italy has vaccinated 589,798 people.

The coronavirus is spreading faster in Germany than at any time since June, according to a key metric.

The rate of Germans aged 80 and older being infected increased to 309 cases per 100,000 people as of Sunday, up from 288 a week ago. That age bracket has accounted for half the Covid-related deaths in Germany, Health Minister Jens Spahn has said.

Epidemiologist Neil Ferguson, who worked on modelling the coronavirus outbreak for the UK government in the early stages, anticipates a decline in the growth rate of new cases thanks to rising immunity, according to the London Sunday Times.

About 25% to 30% of the population has been infected, leading to “quite a lot of herd immunity in places like London,” he said in an interview. Still, Ferguson’s predictions for this month are gloomy and he expects the UK will hit 100,000 deaths.

It is not yet known what proportion of the population will need to become resistant to the virus, either through vaccination or infection, to achieve herd immunity, with experts saying at least 80% will be required, the newspaper said.

Japan’s National Institute of Infectious Diseases said authorities have found a new strain of the coronavirus in four passengers arriving from Brazil.

The new variant has similarities to those found in the UK and South Africa, the NIID said in a statement on Sunday. The information about the new strain is limited to its genetic make-up, and it’s difficult to determine at the moment how infectious it is, the institute said.

Four in five Germans think the Covid lockdown measures are appropriate or should be strengthened (56% and 25%, respectively), according to a survey commissioned by Bild am Sonntag.

Only 16% of respondents said the current restrictions are too strong — that’s down from 28% in early November and 19% in late November, the newspaper said. The poll was conducted by Kantar on 6 and 7 January and included 1,011 participants. The growing approval comes as German lawmakers last week extended current measures to 31 January — and in certain instances tightened rules. The country’s infection levels have been stubbornly high for more than two months and fatalities are hitting record levels. Chancellor Angela Merkel is urging people to stay prudent in what she warns will probably be the toughest weeks of the pandemic.

Most French people lack confidence in the government’s ability to deal effectively with the coronavirus pandemic or manage the vaccination campaign, even after President Emmanuel Macron accelerated efforts to distribute the shots, according to a survey in newspaper Journal du Dimanche.

An online car-hailing platform of DiDi Chuxing was fined 340,000 yuan ($53,000) for failing to implement the government’s requirements on coronavirus prevention, the Beijing Municipal Commission of Transport said at a briefing Sunday.

Poland reported 177 new Covid-19 deaths on Sunday, with 9,410 new coronavirus cases recorded. The country has already vaccinated more than 200,000 people and is planning shots for a further 250,000 in the week to come, which would take inoculations beyond 1% of Poland’s population.

Health Secretary Matt Hancock said the UK is on course to meet its coronavirus vaccine target, but warned the surge in cases has left the state-run National Health Service in a “very, very serious situation.”

In an interview with Sky News, Hancock said more than 200,000 people are being vaccinated every day, including a third of the over-80s regarded as the group most vulnerable to the disease. He said mass vaccination centres are opening to accelerate the rollout.

Germany’s case numbers rose 22,061 to 1.93 million in the 24 hours to Sunday morning, according to data from Johns Hopkins University. Fatalities increased by 575 to 40,597. The country issued 50,066 Covid-19 shots on Saturday, bringing the running total to 532,878 people who’ve received their first dose, according to the Robert Koch Institute public health agency.

The northern Chinese province of Hebei reported 40 new locally transmitted coronavirus cases, with all of them in the capital city of Shijiazhuang, about 300km south of Beijing.

The provincial government gave the new numbers at a news conference on Sunday, saying the figures were from midnight to 10am local time. Data from the National Health Commission earlier on Sunday showed that Hebei added 46 local confirmed infections on Saturday, out of 48 local cases across China.

Switzerland’s drug regulator is set to approve Moderna’s vaccine by 13 January, newspaper SonntagsZeitung reported, citing unidentified sources. Moderna will deliver 200,000 doses within one day after the approval, the paper cited Nora Kronig, an official at the country’s health authority, as saying.

Moderna’s vaccine would be the second cleared for use in Switzerland, following the nod for Pfizer-BioNTech’s product in December. Moderna’s shot already has approval from the US, EU and UK

The US reported more than 269,000 virus cases, down slightly from 287,771 new infections on Friday — the second-highest number on record, according to data compiled by Johns Hopkins University and Bloomberg.

The previous high of 299,087 was recorded on 2 January and was considered inflated as states reported backlogged data from over the New Year holiday.

An additional 3,655 people died on Saturday.

Iran’s Supreme Leader said he was banning the purchase of coronavirus vaccines made by US and UK companies, limiting the country’s options as it confronts the worst outbreak in the Middle East.

The number of confirmed cases in Iran stands at 1.28 million as of 6:30am, according to data collected by Johns Hopkins University and Bloomberg News.

The number of fatalities in Iran is 56,100, while 1.07 million have recovered from Covid-19. It has been about 46 weeks since the first case was reported in Iran.

Japan weighs approving Pfizer vaccine for ages 16 and up — report

Japan’s government is considering approving Pfizer’s Covid-19 vaccine for use by individuals aged 16 and above, broadcaster NHK reported.

Japan’s clinical trials are conducted on people from 20 years old, so data on those younger aren’t available, the report said, citing unidentified people familiar with the matter. Inadequate data in overseas trials on people aged 15 and below, along with fewer severe Covid-19 cases among children, were also cited as reasons for excluding youngsters, NHK reported.

Pfizer and BioNTech SE, which applied for regulatory approval of their coronavirus vaccine in Japan in December, have agreed to provide 120 million doses to the country in the first half of 2021. Prime Minister Yoshihide Suga has said the government is working to start vaccinations in late February.

Mexico reported 16,105 new Covid-19 cases on Saturday night, bringing the total to 1,524,036, according to data released by the Health Ministry.

As of Friday, 6,722 people in the country had been vaccinated.

LA has become the epicentre of the latest wave, as ICU capacity evaporates with the surge in infections, overwhelming its healthcare facilities. Almost 8,000 Covid-19 patients are hospitalised, with more than one in five of them in the ICU. DM