Our Burning Planet: Kids, about your inheritance… 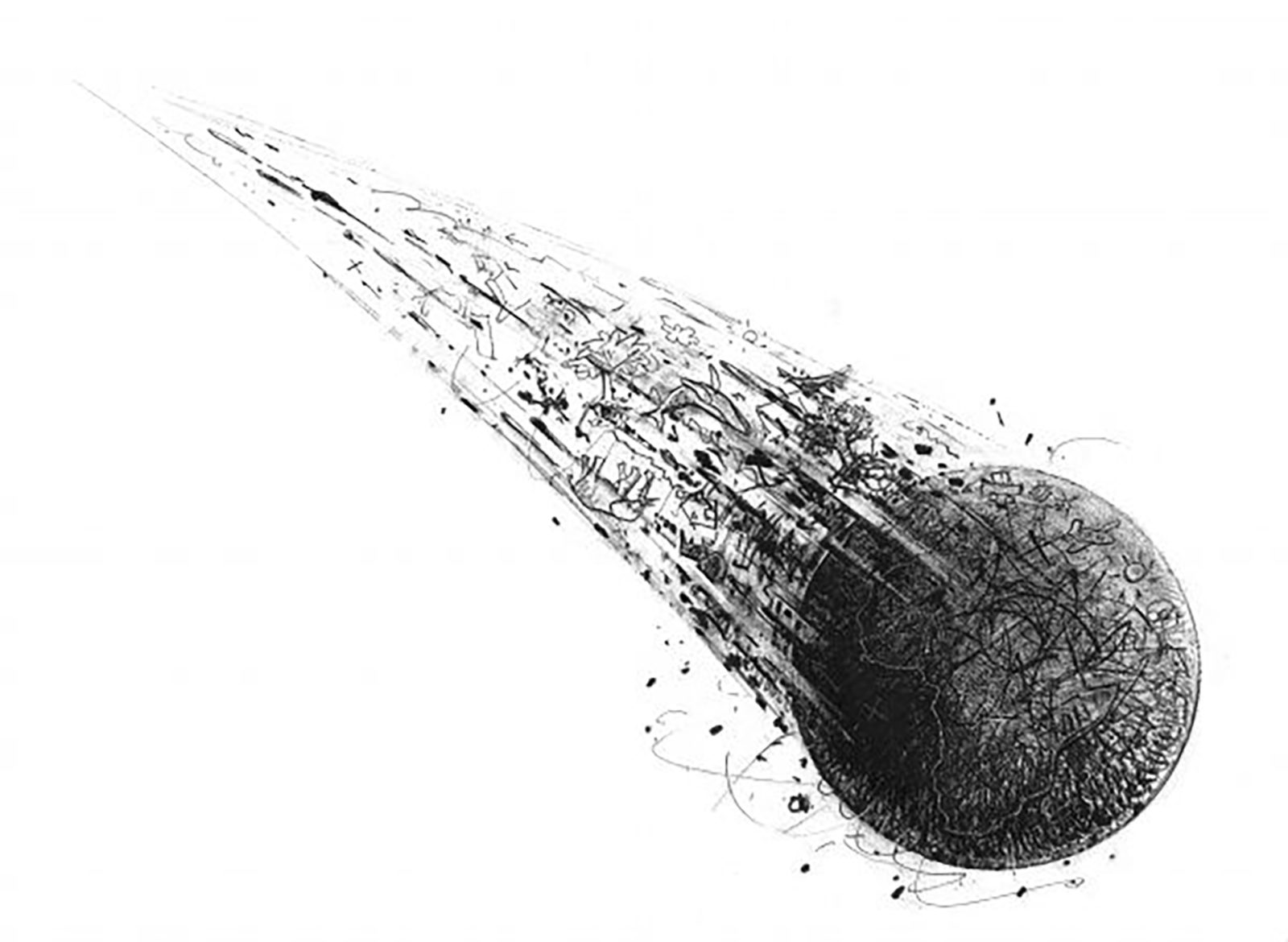 My generation has left you a shitshow of planetary proportions. It’s going to take you a long time to get out of the muck. So sorry.

As 2021 begins, let’s discuss your inheritance. Basically, you’ll be starting from scratch. The generation that has been in power since World War 2 – my generation – has used up almost everything.

For our pleasure, leisure and fragile sense of security, we dammed most of the Earth’s rivers to generate electricity for factories to make things we used a few times then threw away. Go and check the dumps if you don’t believe me.

It’s true we kept the lights on at home so you could do your homework and charge your cellphones. Wind farms and solar panels helped, and I hope that’s all you’ll be using in your future. But for too long we kept the machinery going on coal and oil, which put so much carbon dioxide into the sky your planet will be a lot hotter than ours.

I can’t offer you any advice about how to cope with this, except to say really, really sorry. Maybe by the time you grow up Antarctica will be free of ice and might be quite pleasant. It’s worth a try.

I hope you understand we needed all the stuff coal and oil gave us – well, we thought we did. Two-and-a-half planets’ worth from a single planet, to be exact. We failed to notice we were all suffering from hurry sickness, so we didn’t have time to stop and think about what we were doing.

Talking about homework, what you learnt at school will be of little use for the sort of lives you’ll be living because it’s geared towards the sort of life we’re living, which won’t be around when you grow up.

It’s a pity, but we had to keep you busy during the day while we drained your future’s natural resources without providing renewable ones. Your resources will probably be good for about two weeks after you inherit them.

We built many really beautiful buildings you’d love, but tore them down to build cheap, featureless boxes with a life span equal to ours. You might get a few more years out of them, but not many. They’re yours to use while they last.

I’m really embarrassed about the wild animals we painted on your nursery walls and all the cuddly elephants, lions, bears and whales and stuff. Bum steer. I suspect they’ll deepen your sense of loss when you can’t find them for real.

But you see, we needed their tusks to make pretty carvings, their bones to make disgusting wine, their skins, their oil and their bile. Well, we didn’t really, but were convinced we did. We forgot to remember they’d run out and now we can’t bring them back. Extinct. You’ll be the first generation to live with a separation crisis about the depletion of the living world.

In time, other of life’s creatures may reach across the depths of space to greet you. But until that happens, you alone on Earth are aware of this possibility. It may be a long wait.

But keep all those toys as mementos. They’ll be valuable some day. You could put them in a museum of lost animals.

And while I’m thinking of it, sorry about the fish. No fish. See what you can do with the sea urchins and jellyfish that took over. There must be something.

Oh yes, I need to explain those deserts. They used to be farms. Strange, hey? Anyway, we pulled out all the natural plants and planted wheat and things like that. We called it the Green Revolution. Only it didn’t revolve.

We pumped mineral-rich water from nonrenewable underground aquifers year after year until the soil was so full of salt nothing would grow. Then rain washed most of the topsoil into the rivers because there were no plants to hold it. It went out to sea, where the fertilisers we used in it killed fish. So it wasn’t just the plastic.

Then there’s the economy. It’s difficult to explain why you have no money. It would’ve been so useful. Fewer and fewer of us scooped up more and more of it, fiddling the books or selling stuff that at root we really didn’t need. It was like draining the swamp of value. I really can’t say what happened to it in the end. It kind of vanished.

So think of your inheritance as a challenge – the challenge of starting from scratch. And, by the way, don’t forget to pay off our $100-trillion debt to the World Bank.

It really needs it because it also can’t find the money.

Speaking of inheritance, we did leave you some things that are really durable. Plastic comes to mind. It’s just so useful, but it did kill the oceans and most of the sea birds, so you have to be careful. Maybe you’ll work out what to do with those huge plastic trash heaps floating in the sea. They’re yours. You can have them, courtesy of the 20th century.

I can add toxic dumps. They’ll last, especially the nuclear ones that’ll be around for the next 200,000 years or so. Your best brains can work out the sort of Keep Out signs that’ll make sense for that long. It’s an interesting challenge.

I almost forgot the virus. How remiss, given that we’re all masked up and locked down. We hacked down tropical forests to plant oil palm trees so we could have cheap oil for frying our breakfasts and making potato crisps. Cheaper than whale and sunflower oil. Pity about the orang-utans. We were closely related, you know.

Then we hunted forest creatures we’d never eaten before and they turned out to be full of dangerous pathogens that killed half the world’s population. But in a way that’s good – fewer people to feed. A word of warning though – never eat bats. Come to think of it, don’t eat any wild creatures. You can never tell.

As a solace in the hard times we’ve bequeathed you, try to keep this in mind, something we missed in our scramble to buy the world: the Earth is your mother and you are her gift to the universe. Your wisdom and understanding are also its wisdom and understanding. In fact, you are the eyes of the universe looking at itself. That’s pretty cool. Treasure it above all else and use it to care for all life, including your own.

In time, other of life’s creatures may reach across the depths of space to greet you. But until that happens, you alone on Earth are aware of this possibility. It may be a long wait.

Meanwhile, the wild living things that survived us are the only fellow citizens you’ll ever have. They share equally your right and privilege to be on Earth. Do them no harm. Respect their lifeways. They’re fellow travellers on this blue spaceship and will give you great joy.

We wish you a long and happy life, though I’m sorry it won’t be as long and happy as ours. Not for a while, anyway. You have so much work to rebuild from the wasteland we left you. Again, I am sorry. We screwed up. Best of luck.

Big Pharma, Dirty Lies, Busy Bees and Eco-Activists may be one of the most important SA books published in 2020

Polluter of the Year: The South African government

Unpacking the Just Transition (Part Two): Between recovery and reconstruction

Unpacking the Just Transition (Part One): The conceptual terrain

Our Burning Planet: Kids, about your inheritance…

A just energy transition must be developmental, pro-poor and not deepen inequality