Linda-Gail Bekker: The doctor with healing hands and a warrior spirit 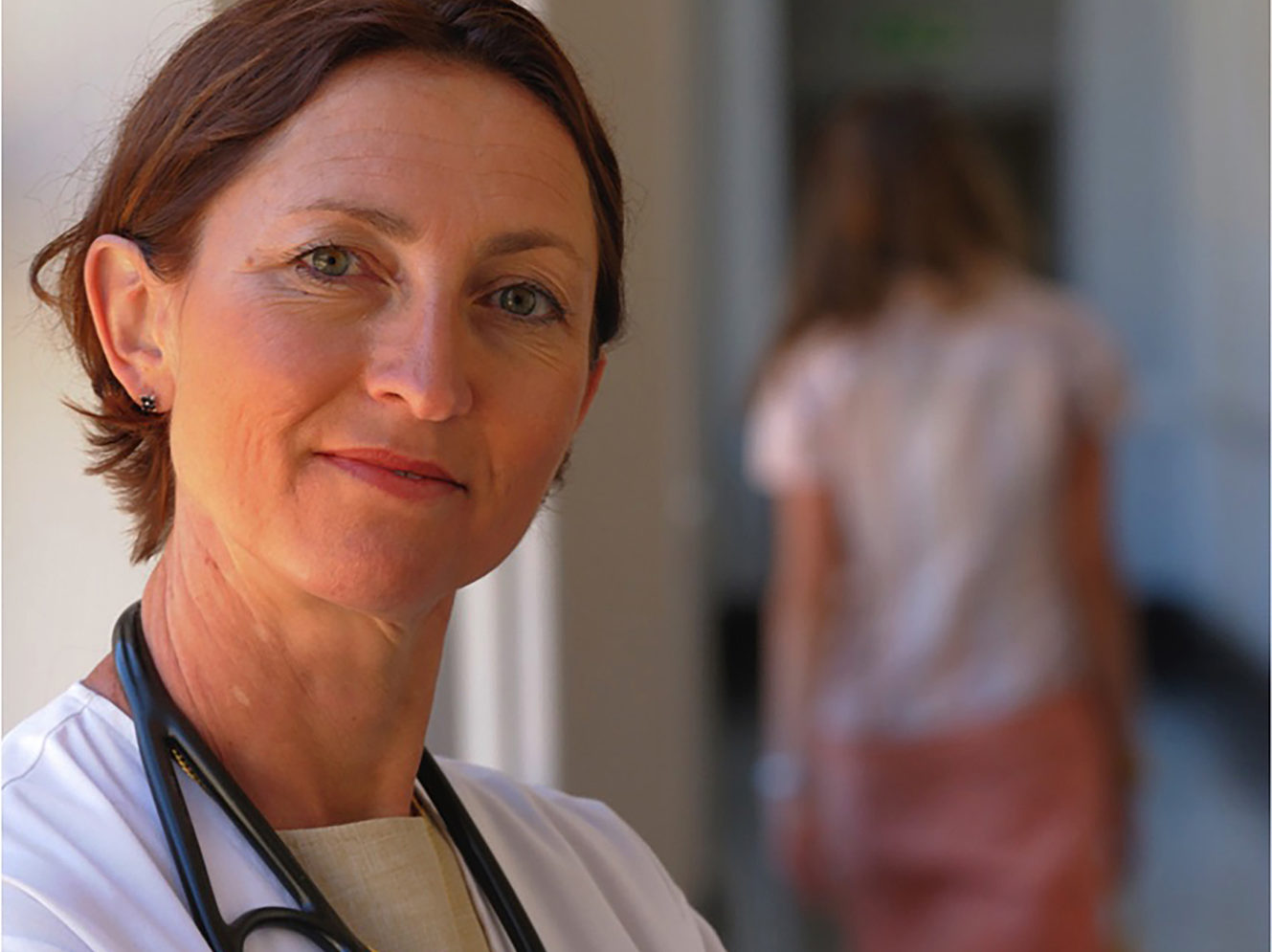 The HIV/Aids pandemic taught us about equitable access to treatment and the need for transparency, accountability and protecting the most vulnerable. Linda-Gail Bekker stands as a reminder that this applies in a time of Covid-19 too.

“Brave” for Linda-Gail Bekker in a time when the world craters from the weight of polarisation, intolerance and self-interest, is a declaration of love for people – flawed as we are.

Since she was three years old growing up on a farm outside Harare, Zimbabwe, Bekker knew she wanted to be a doctor. She wanted to heal and to be of service, and she would grow up to be “fascinated and thrilled” by medical science. But medicine was always the only career choice for her because people, their wellbeing and what makes them tick are what make her tick.

“I’m a doctor because it’s a privilege to be with people at the time when they are their most honest, authentic selves. When health is on the line we see strength and resilience and we also see vulnerabilities,” she says.

Her career started in Eshowe in northern KwaZulu-Natal in the late 1980s. A rural posting was to work back a bursary after leaving Zimbabwe to study medicine at the University of Cape Town (UCT). It would be five years of “bush-doctoring”; it would also be her particular way of being a doctor.

“I was literally married to medicine at that time – you become a medic who is totally embedded in the community and you’re on call 24/7,” she says of how a resource like a medical doctor in a neglected community means regular hours and regular duties are a luxury.

She loved her time there, though. One of her proudest moments was helping to set up an old-age home in the community with a focus on geriatric care. Her “oldies”, she still calls them.

But the last years of the 1980s were also when the HIV/Aids pandemic started to settle as a heavy cloud of death and despair in the country.

“Seeing the dying first-hand drove me to specialise. It was a tough time because there I was with a medical degree but it felt like I hadn’t learnt enough to save people and that’s what pushed me to go back to get my PhD. Studying again was also an aha moment for me that research, innovating and finding solutions was also a calling,” she says.

There would be other realisations too. Practising medicine in a time of pandemic, of Aids denialism and shaky political leadership would mean she had to find her voice; the courage to speak out; and strategies for better action. Being silent and toeing the line messes with her personal moral compass and hand-wringing just leaves her with sore hands.

Instead, she found that being able to bear medical witness to the scourge of HIV/Aids even as government napped was power, and being outspoken and strident added to the collective push and pressure by the likes of the Treatment Action Campaign for access to treatment and care. And getting treatment to people in townships, no matter how few people to begin with, was an antidote to the urge to walk away.

“Truth is non-negotiable for me,” she says. And truth was that people were dying while Thabo Mbeki’s government was shamefully keeping their heads in the sand.

Bekker remembers that in the early 2000s, before the life-saving antiretroviral drugs were made available by the state in 2004, it was up to doctors to set the devastating criteria of who got ARVs and who was sent home to die.

“We started treatment a few times a week in a room in a clinic in Gugulethu. We didn’t have enough drugs. We would literally arrive with a biscuit box full of medicines and we had to ration the drugs and decide who would get treatment and who we had to turn away,” she says.

But Bekker is not a quitter. She and her colleagues, including the man she would marry in 2010, Professor Robin Wood, stuck it out till the drug rollout came, till global funders and partners stepped in and till HIV/Aids became a priority.

She says fighting the seemingly impossible comes down to “eating an elephant one bite at a time”.

All the time, as a scientist she has used innovation, technology and even breaking rules to find better ways to do things.

“You can’t tell people to have safe sex and think it will just happen – it’s like telling people to just wear their masks during Covid. But we did start adherence clubs, which made it easier for people to pick up medicines and to stick to treatment. We also used a gain-frame rather than a loss-frame approach, so we outlined the benefits of treatment rather than putting the dread of dying into them,” she says.

Bekker and Wood returned in 2004 to UCT as professors and directors of the Desmond Tutu HIV Centre at UCT’s Institute of Infectious Disease and Molecular Medicine. She would also go on to serve as president of the International Aids Society.

Their work continues because the HIV/Aids and TB struggle continues even now as Covid-19 muscles it out of frame. Bekker says the parallels between the two pandemics offer lessons that need to be learnt.

As she’s being interviewed from Scarborough in the Western Cape, Bekker is fighting the nagging symptoms of the virus. She, Wood and their 19-year-old son, Ollie, have not been left untouched by Covid-19.

Bekker is part of the teams behind the vaccine trials in South Africa. It’s the medical research that ticks her boxes for innovation as intervention. But Bekker has also emerged as a pillar to ensure that the country’s Covid-19 response is transparent, inclusive and accountable.

It comes down to those truths again that she won’t shy away from even when it’s about having to fight back or treading on toes.

Bekker says: “We have walked this road before and we cannot reinvent the wheel.”

She’s also calling for “authentic communication” from government and government committees. Honesty is how trust is built, she says. Ultimately she says government officials have to learn to be servant-leaders if they want to have true respect and impact.

Bekker has the ability to see that strength comes from these places too. It’s one of her superpowers. Soft landings and safer spaces matter. For her it’s her family, swimming in the ocean, painting and finding time to dance more with Wood. Softer stuff also makes us human; more reasons why she’s not giving up on us as a species just yet. DM168