Call to delay reopening of schools 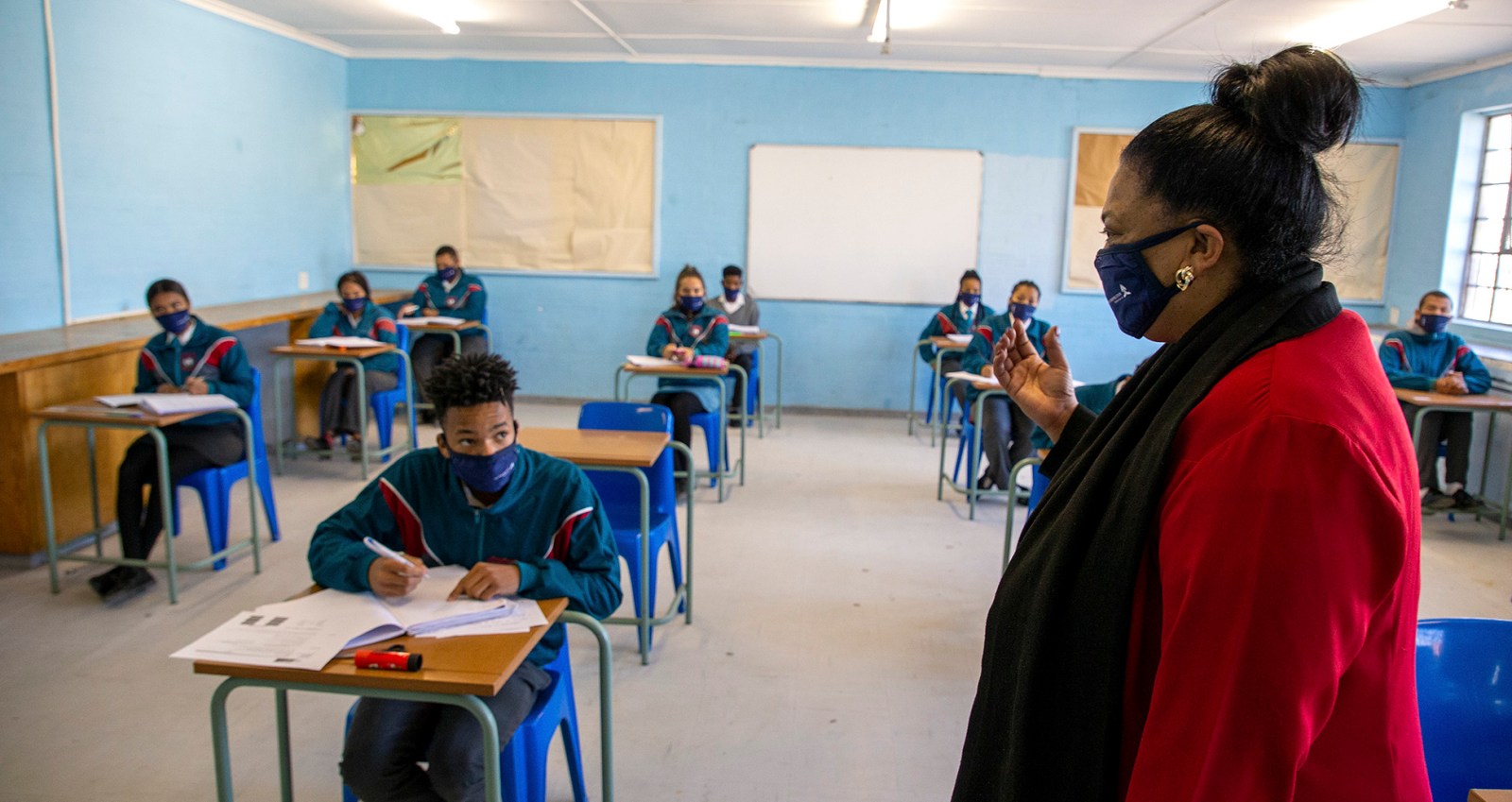 The rising number of deaths among teachers has added to concerns about the reopening of schools in 2021. (Photo by Gallo Images / Roger Sedres)

As the number of teachers dying from Covid-19 rises, it’s being asked whether it’s a good idea for schools to open on 25 January.

Nearly 1,700 teachers in South Africa have died after contracting Covid-19. In just one week in December, 32 teachers died, while more than 300 have died since the school holidays started.

Now Venessa le Roux, the founder of Parents Against Opening of Schools, is arguing that schools should remain closed, saying reopening them would put more teachers at risk.

Health Minister Dr Zweli Mkhize announced on Friday 15 December 2020 that a new variant of the SARS-CoV-2 virus (which causes Covid-19) had been identified by genomics scientists in South Africa. This variant was said to be more transmissible than the earlier one.

Basil Manuel, the executive director of the National Professional Teachers’ Organisation of South Africa (Naptosa), said statistics from a week ago indicated that a total of about 1,700 SA teachers had died after contracting Covid-19.

Le Roux said: “I am in favour of pushing back the opening of schools. We should ask ourselves, what is the priority – to save the lives of teachers or to keep the economy open? Too many teachers have lost their lives so far.

“It will be a traumatic experience for learners when they return to school on Monday 25 January and discover one of their favourite teachers has passed on. If our priority is to save lives, then both the WCED [Western Cape Education Department] and Department of Basic Education should listen to alternative ways to make sure that education proceeds.

“Our teachers won’t be just another statistic. They had names, they had faces and they were parents to our children when we were not there.”

“Schools will open on 25 January and we don’t know whether schools will be ready and whether personal protective equipment will be in place,” said Terence Adams, principal of Grosvenor Primary School in Atlantis.

“The symptoms of the virus have changed dramatically and increase at a rapid pace. This means if one learner gets the virus it could spread throughout the school and the area where the learner resides.

“Schools could also be open to possible civil lawsuits if a learner contracts the virus and parents feel the school should be blamed. Our request to the authorities is to give us a month and let the Department of Health and the education department give us guidelines. The virus is very dangerous and cannot be taken lightly.”

Manuel said the death of 1,700 teachers was huge and spelt problems in a number of areas, one of which was finding replacement teachers.

“Your rural areas are really going to struggle. It also depends on what subjects or what phases or grades those who have passed on were teaching. We know that there is a dramatic shortage of Foundation Phase teachers, we know that maths and physics and subjects like that are always a struggle.

“So, if that is where we have lost people then the fight is even bigger. But it is also about the administration in the education department. Will they be able to get teachers in front of every class within a few days when we reopen on the 25 January?”

Manuel said the union was working with the department to address these issues.

However, he added, “I think there are enough replacement teachers around. We would have lost experience, yes, and that is always a big blow. We would have also lost a dedicated core, which is another blow because one can’t just assume that the next person you bring in has the equal dedication and interest in the area where they are in.

“So, while I don’t believe it is a national crisis, it is a crisis when we start losing that number of teachers over and above the normal attrition. There are still retirements, resignations of people hoping to move to greener pastures and this 1,700 is adding far more pressure to that already large number.”

WCED spokesperson Millicent Merton indicated that schools had implemented temporary revised plans to ensure that the relevant health and safety education protocols are in place. This will have an impact on the number of days some learners attend schools.

“Our schools have done well to deal with the pandemic and the new conditions in school. However, it is still stressful to manage. The WCED is concerned about the increased rate of infections and how this will impact staff and learners,” Merton said. DM/MC