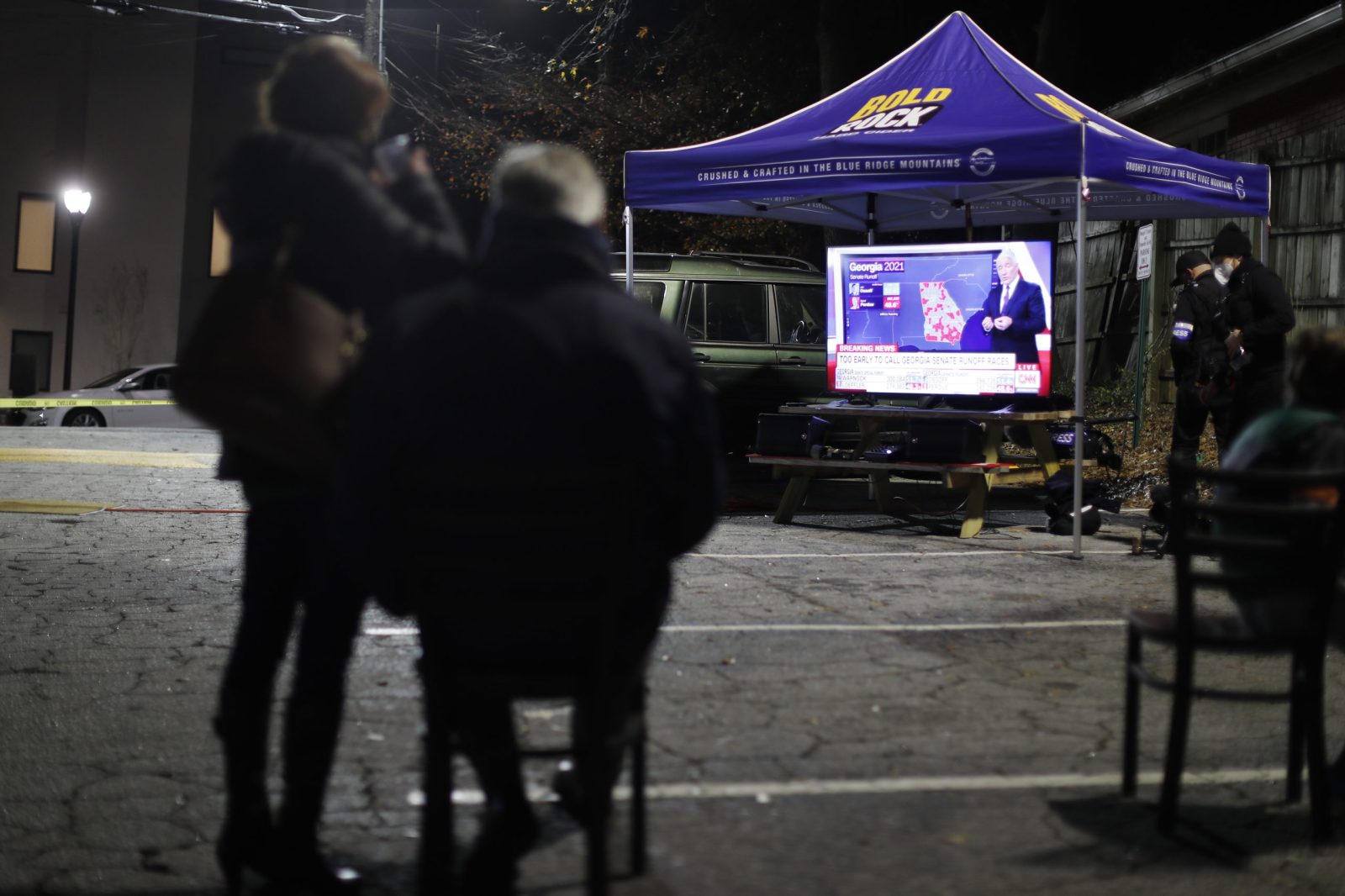 The state of Georgia went to the polls on Tuesday in the poll to decide whether Republicans or Democrats control the US Senate. On Wednesday, Americans have one eye on the results and one eye on Washington DC as protesters are expected to try to disrupt congressional confirmation of Joe Biden’s presidential victory.

When the polls opened at 7am on Tuesday many Georgians were already in line, waiting to cast their ballots and decide whether the US Senate would be run by Democrats or Republicans.

Incumbent Republican senators Kelly Loeffler and David Perdue need to win to give the Republican Party the majority in the Senate, which is why President Donald Trump urged supporters at a rally in Dayton, Georgia, on Tuesday night to go to the polls. “The stakes in this election could not be higher,” he said.

During early voting the Democrats were in the lead, but the race is expected to be tight and Republicans are known to favour in-person voting. By 8.30pm on Tuesday, an hour and a half after most polls had closed, the two Democratic contenders showed a slight lead.

Both Trump and President-elect Joe Biden were in Georgia on Monday to encourage supporters to vote, with Biden telling them they had the opportunity to effect immediate change and usher in a new era where Democrats would be able to deliver on issues such as healthcare benefits, climate and immigration controls: “The power is literally in your hands.”

Trump continued to insist the 2020 presidential election was “rigged”, telling supporters they needed to vote to stop the Democrats, who wanted to “wield unchecked, unrestrained, absolute power over every aspect of your lives”. He also said “this could be the most important vote you will ever cast… ”

Of the four candidates three were doing the Covid-19 version of “shaking hands and kissing babies”. Loefller and Democrats Jon Ossoff and Raphael Warnock made public appearances, urging Georgians to vote. Perdue was in quarantine after a staff member with whom he had contact tested positive for Covid-19.

While votes in the all-important Georgia runoff will probably be finalised later on Wednesday, Congress will count the Electoral College votes and confirm the election result in Biden’s favour.

At the weekend 11 Republican senators announced they would join Missouri Senator Josh Hawley in objecting to the certification of the Electoral College votes. A number of Republican members of the House are expected to add their support.

Trump is hoping Vice-President Mike Pence, who will oversee the count, can change the numbers in his favour, saying at Monday’s rally in Georgia: I hope Mike Pence comes through for us.”

The vice-president, as presiding officer or President of the Senate, plays a very distinct, limited and mostly ceremonious role in the congressional count and confirmation of the Electoral College vote, basically ensuring proceedings are run in an orderly manner and reading the final result. He will allow the objections and orderly discussion around them, but that’s it.

Washington DC metro police are, however, on high alert as Trump supporters have converged on the city to protest against the confirmation of the vote – they are still trying to keep their man in the White House. Trump himself has been tweeting encouragement for the #StopTheSteal #MarchForTrump protest march.

City officials are worried about violent unrest like the flag burnings and stabbings in November 2020. DM