Helena Kriel on what sparked the writing of her book, ‘Meditating with Rhinos’ 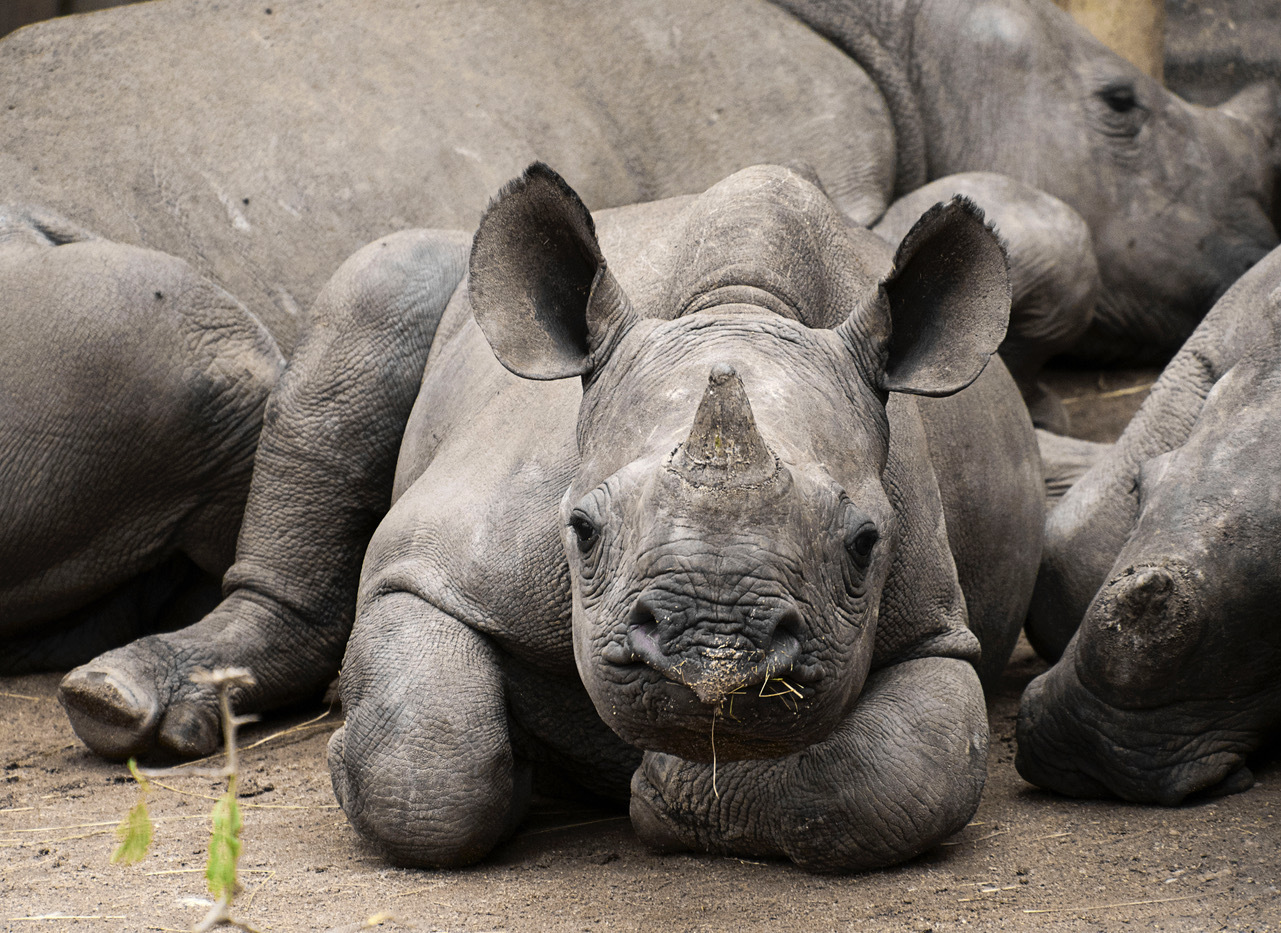 Thor by Jo Streuli (Image courtesy of the author)

South African playwright and screenwriter Helena Kriel found success in the hills of Hollywood – until her world fell apart.

Growing up in Johannesburg, words were very much a part of Helena Kriel’s early life. Her father was a Shakespearian scholar who “would teach us Shakespeare monologues from the time I was three years old.

“Growing up, there was a value to words that were given to us as children, a value to stories, a value to character.” And so, early on in high school, she wrote plays, foreshadowing the trajectory her life would take.

Kriel followed with a degree in writing at the University of the Witwatersrand, and after graduation, embarked on a career in acting. From that time, she remembers, “I was… not getting the parts that I wanted. So, I thought, let me write the things myself and write myself a part.”

One of her plays, I Can’t Wait to Tie You to the Sofa, and staged in 1990, was the one for which Kriel received the most acclaim. The play was about “people, it was about relationships, it was about getting it wrong, it was about betrayal. It was about making bad mistakes. It was about one mistake impacting your whole life. It was about the sort of things that people could really relate to.” Nobody was tied up to a sofa in the play, but Kriel deliberately chose a provocative title and it paid off.

She recalls, “People were driving from all over to see the play. And we just extended and extended the run.”

Six weeks later, she left for a writers’ programme hosted by the University of California, Los Angeles, and seven months later she won the prestigious Steven Spielberg Diane Thomas Award for her first screenplay, Virtuoso.

“When I won that award, all the doors opened to me. It was just this crazy, dreamlike thing that seven months after landing in Los Angeles, I was in meetings morning, noon and night. And straight off the bat, I was a working writer and working with top people,” she says.

“It was the early 1990s, the glory days in Hollywood. Each studio had development departments. And they would develop, for example, 200 screenplays and produce five. But for the 200 screenplays that were developed and not produced you were paid beautifully.”

Kriel had two movies produced, Skin and Kama Sutra, and bought a house in Los Angeles with her husband, whom she met in Los Angeles. However, when, in 2007, the writers’ strike hit Los Angeles, it left Kriel without work for almost eight months, while her marriage crumbled.

At the time, she wrote an email to her husband that read, “I am tired of loving and hating you.”

Her book Meditating with Rhinos, divided into four parts and published in October 2020, took off. 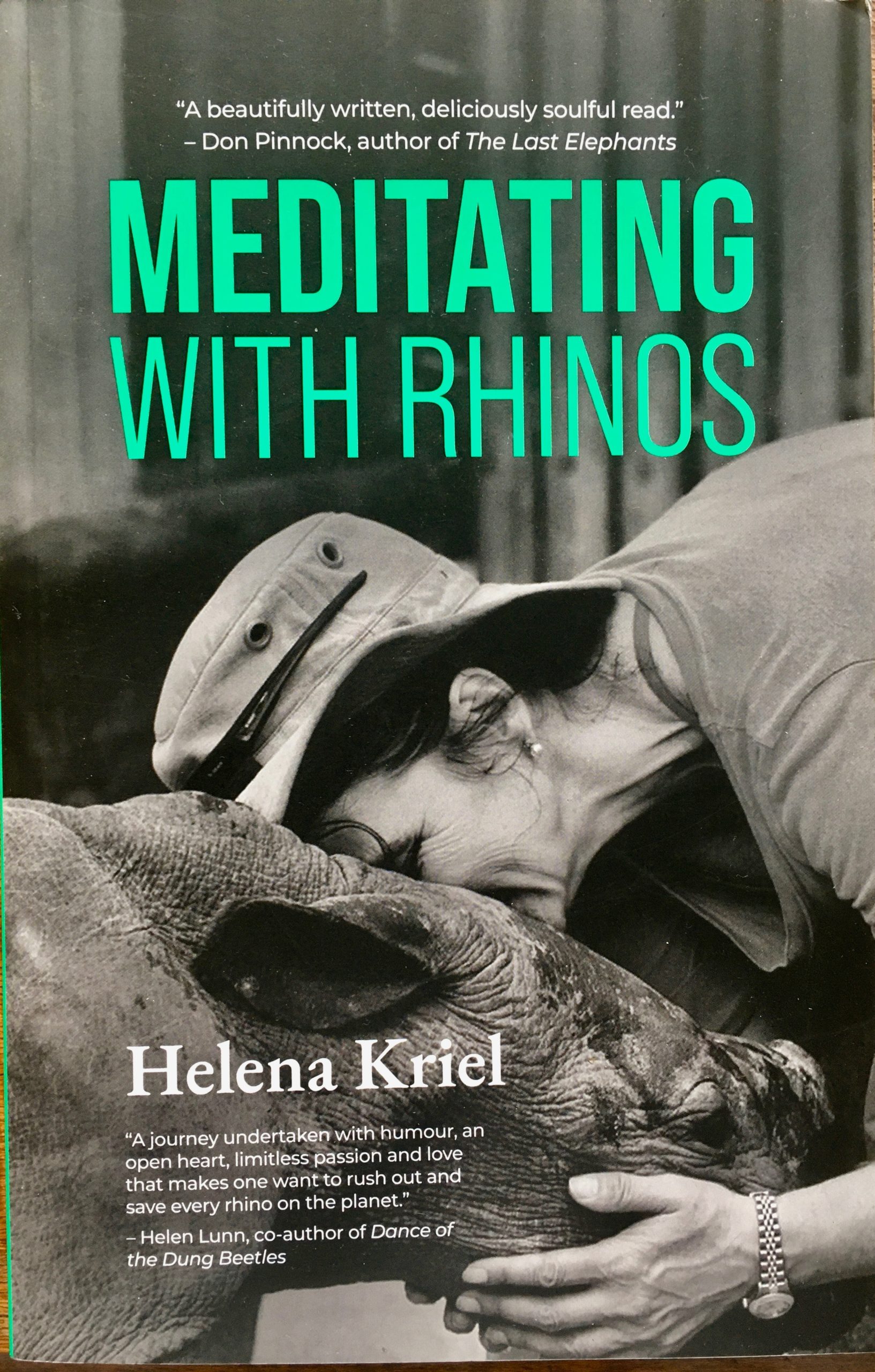 “A great gift you have as a writer is the ability to observe. You are forced to train your eye. And in the training of an eye, your eyes start to become fascinated.”

Kriel admits that she never intended to write a book about this journey until the end of last year when her publisher encouraged it.

“Towards the end of last year, I started putting pen to paper. I had so many notes to work from. Conversations that had happened that I’d noted down, notepads full of images, of discussions, of dialogue – a lot of the dialogue in the book is real dialogue.

“The writing of the book was really the biggest creative experience ever for me. It was magical, because I was waking up in the dark of winter, sitting with a hot-water bottle on my lap, and writing about a moment in the rain at the rhino sanctuary four years ago.

“Part One deals with the shock of realising you don’t belong. I didn’t belong in that marriage. And I didn’t belong with a human being. And I wasn’t sure that I even belonged in America. So, it was all these things coming together. It created a shock alongside the writers’ strike. But it was this idea about going forward.

“What do I even want to do? Do I still want to do this? Do I want to hang in? It was all of these things coming together that create the shock of, ‘Where do I belong? And what’s it all about?’ ”

Hoping to answer these questions, Kriel returned to South Africa.

“Part Two is about coming back to South Africa, battling with this emotional crisis of belonging. My sister told me that she was going to volunteer at an animal sanctuary and asked if I wanted to go with. I thought it would be a good way to get out of my head.

“We packed our bags and drove north on a road that was taking us further and further away from anything habitable. Eventually we pulled up at the gates of this rhino sanctuary that hosts orphan rhinos whose mothers have been poached.

“[It] is really about [that] extraordinary experience, when I was introduced to the rhinos, and the process of meditating with them. It changed my life.”

In the book, Kriel introduces the reader to 11 rhinos at the sanctuary, with special attention to one rhinoceros named Mabush.

“My love affair with Mabush is a thread that runs through the entire story. I had this unbelievable access to him as a baby rhino. He was brought in after his mother had been poached; he had drunk her blood to stay alive, he was a shattered animal. And I was given access to him. And through the meditation that I was doing, this extraordinary relationship between me and Mabush was formed.”

After her time at the rhinoceros sanctuary, Kriel returned to Los Angeles for mainly two reasons: hoping to set up a non-profit organisation to assist with the conservation of rhinoceroses and trying to keep her beloved home, which she rented out to pay the bills – to housemates who eventually become characters in the book as well.

The final part of the book is more philosophical; Kriel explores the power of rhinoceroses and the influence they can have on our lives, how they reflect the best and worst in humanity.

“Rhinos attract the deepest darkness, and they attract an unbelievable kind of light… It is so black and so white. I’ve always found it very interesting how rhinos magnetise this darkness and this light. Whenever I see a photo of a poached rhino… You cannot imagine that somebody could get up to that; that a thinking, feeling human did that.

Kriel explores more broadly the relationship between people and nature. “It’s a contemplation of the extent to which we have lost contact with the natural world and how this is impacting us. The sadness of it all is that we lose the opportunity for an extraordinary life if we have a passive relationship with nature.”

“People in the nonprofit world often want you to write a check, and then they take your money and you don’t really hear much from them. And that’s the end of the story. We’re very different. We want the doors open, we want people to get involved. We welcome everybody in.”

At the end of the book Kriel writes, “And I wonder, could we, this big humanity, ask less of our Earth? Could we welcome less of a comfortable life? In wiser places, humans wake in the dark, they smell the air and see with their ears; they hear to see. For them, connection to it all is more fundamental, more cherished than comfort.” DM/ML

Meditating with Rhinos can be purchased here.