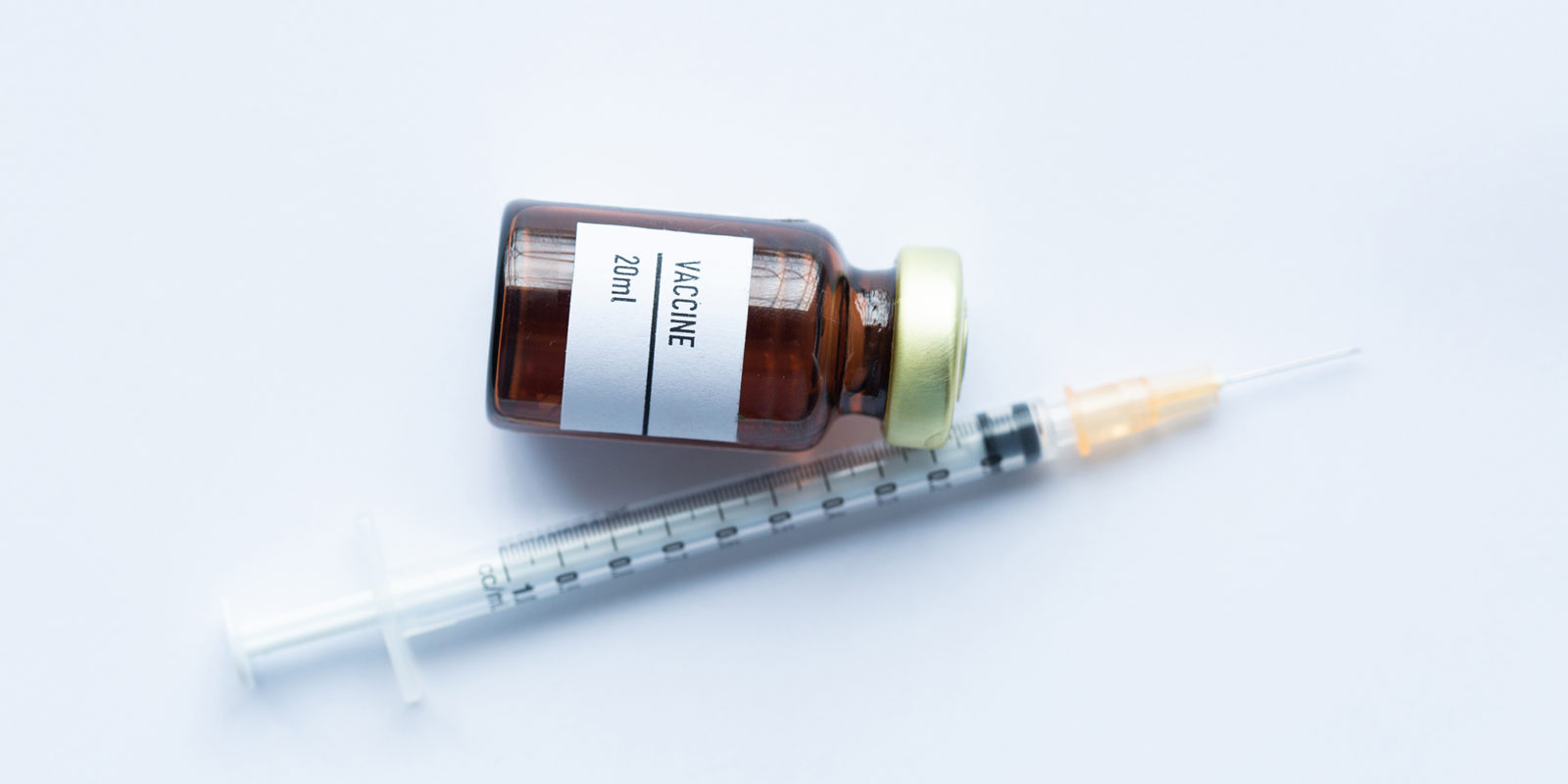 German Chancellor Angela Merkel’s government pleaded for patience while pushing back against criticism of the vaccine rollout as the country’s daily death toll exceeded 1,000. Britain, which reported the most deaths since April, is also racing to get shots to the most vulnerable after more than a million people were infected in England.

In Asia, Japan’s daily cases topped 5,000 for the first time as it prepares to declare a state of emergency, with critics calling for broader steps. The World Health Organisation’s director-general complained about China’s delay in granting visas to a team seeking to investigate Covid-19’s origins.

Subscribe to a daily update on the virus from Bloomberg’s Prognosis team here. Click CVID on the terminal for global data on coronavirus cases and deaths.

Top US health officials encouraged states to start vaccinating people more widely, acknowledging that the immunisation rollout has been slower than anticipated and opening the spigot for a broader range of Americans to begin getting shots.

Health and Human Services Secretary Alex Azar, during a call with reporters Wednesday, blamed the introduction of Covid-19 shots around the holidays and overly detailed state plans for hindering the vaccination campaign. He urged governors to vaccinate more seniors and other high-risk populations to prevent shots from sitting in freezers.

About 5.2 million doses of Covid-19 vaccines from Pfizer-BioNTech SE and Moderna Inc. have been administered in the US since mid-December, according to data compiled by Bloomberg News. That represents a fraction of the number of doses distributed so far.

Colorado has begun administering vaccines to residents ages 70 and older after last week’s decision to expedite shots to seniors, who account for 78% of the state’s Covid-19 deaths, Colorado Governor Jared Polis said during an online briefing.

Health officials also reported that the total number of confirmed cases of the mutation first detected in England stands at two. Colorado was the first state to report the faster-spreading mutation last week. Colorado has recorded 3,986 Covid-19 deaths since the pandemic swept into the US, Polis said.

Roughly one in 100,000 people have had a severe allergic reaction to the first Covid-19 vaccine, a rate higher than the flu vaccine, but still quite rare, US health officials said.

A study by the Centers for Disease Control and Prevention released Wednesday outlined 21 cases of anaphylaxis among the first 1.9 million recipients of Pfizer’s vaccine, a rate of 11.1 per million doses administered. No anaphylaxis deaths have been reported, the CDC said.

Warp Speed’s Slaoui will stay as consultant to Biden

Moncef Slaoui, chief scientific adviser to the US Operation Warp Speed effort to develop Covid-19 vaccines, will stay on as a consultant to the incoming Biden administration, he said on Wednesday.

“I have been asked to become a consultant after the time comes when the transition happens, which I have accepted,” Slaoui said on a call with reporters.

Slaoui, a longtime pharmaceutical executive, had previously said he would consider returning to the private sector after two vaccines and two therapies were available. Operation Warp Speed has achieved that goal with vaccines from Pfizer and Moderna authorised for emergency use, along with antibody therapies available to treat Covid-19 cases.

New York’s vaccination rate of medical workers has tripled so far this week, but supply is still an issue, Governor Andrew Cuomo said.

The state has administered more than 31,000 doses a day for the past two days, compared with a daily rate of 10,809 over the past three weeks, Cuomo said.

New York is getting about 300,000 doses a week from the federal government. To date it has received 950,000 doses for 2.1 million healthcare and nursing home staff and residents, Cuomo said.

“We don’t even have half the dosages that we need to do all the hospital staff and nursing home staff,” the governor said.

Cuomo also said the case of the UK strain found in Saratoga Springs was connected to UK travel, which means the case wouldn’t have reached the US if travellers had been pre-tested. The governor said he’s asking the federal government to allow US Customs and Border Protection to test travellers coming from other countries.

Ireland tightened restrictions in a bid to contain its worst virus outbreak yet, adding extra curbs to what is already one of Western Europe’s strictest lockdowns. The government will keep most students out of schools until at least the end of the month, Prime Minister Micheál Martin said in Dublin on Wednesday. Most construction will also halt, and click-and-collect services from non-essential stores will end. From 9 January, all passengers arriving at Irish airports and ports whose trip starts in Great Britain or South Africa will need evidence of a recent negative virus test result.

UK tallies most deaths since April

The UK reported 1,041 new coronavirus deaths within 28 days of a positive test on Wednesday, the highest daily increase since late April.

A further 62,322 positive coronavirus cases were also reported on the government’s dashboard, higher than a seven-day average of 55,945. More than 30,000 people are in hospitals with coronavirus as of 4 January, the government said.

The rising numbers come as the country is subjected to a nationwide lockdown in which schools have been closed and non-essential shops shut.

NYC seeks to vaccinate people over 75

New York City pushed the state to open up vaccines to people over 75 years old in a bid to speed up a slower-than-expected rollout.

“Right now we’re not allowed to vaccinate them under state rules,” said Mayor Bill de Blasio in a Wednesday briefing. “We have got to reach this population urgently.” About 30% of hospitalisations and 58% of deaths occur in people 75 and older.

De Blasio said maintaining exclusivity on healthcare workers isn’t working because “you can’t give the vaccine to someone who doesn’t want it.” About 30% to 40% of people offered the vaccine so far have been hesitant to take it, the mayor said.

New York City hospitalisations for Covid-19-like illness have exceeded 3,000 for the first time since May.

Moderna’s Covid-19 vaccine won European Union approval, opening the way for a second weapon in the bloc’s battle against a resurgent virus.

The European Commission granted marketing authorisation to the vaccine on Wednesday, hours after a signoff by the EU’s medicines regulator.

EU leaders are facing growing pressure to speed up clearance and deployment of vaccines to tame a surge of cases across the continent. The 27-nation bloc began immunisations last week with the vaccine developed by Pfizer and BioNTech SE, but the pace of the rollout has been uneven, prompting unfavourable comparisons with the UK and US

Hospitals in Zimbabwe, where the economy has all but collapsed, are reeling from a renewed surge in the coronavirus, with a shortage of beds and equipment threatening to overwhelm the public health system.

The Health Ministry on Tuesday reported a record 1,365 new cases of Covid-19 and 34 deaths. Authorities last weekend imposed a 30-day strict lockdown, closing all land borders and shuttering gyms, restaurants and bars. Government spokesman Nick Mangwana has repeatedly taken to Twitter to implore people not to get sick with the virus because hospitals can’t cope.

Romania decided on Wednesday to extend school closures until 8 February, when the government hopes to allow children to attend classes in person, depending on infection rates, which have been stabilising over the past few weeks, Education Minister Sorin Cimpeanu said.

“A decision whether to reopen schools will be made toward the end of January, based on an assessment of the infection rates after the winter holidays, the ongoing vaccination campaign and similar measures in other European states,” Cimpeanu said.

UK urges China to let WHO officials in

UK Prime Minister Boris Johnson’s spokesman Jamie Davies urged China to let World Health Organisation officials into the country to examine the origins of Covid-19. On Tuesday, the WHO’s director-general complained about China’s delay in granting visas to a team seeking to investigate the pathogen.

“It’s disappointing this vital research trip is being held up,” Davies told reporters in London on Wednesday.

Portugal on Wednesday reported a record increase in confirmed virus cases. There were 10,027, more than the previous record of 7,627 announced on Thursday, taking the total to 446,606. The number of patients in intensive-care units has reached 513, according to government data. The country’s national health service has a capacity of about 960 beds in ICUs.

France to speed up shots by adding hundreds of sites

France is speeding up its vaccination campaign by enlarging the number of people targeted, and will add hundreds of vaccination sites in coming weeks, government spokesman Gabriel Attal said in a briefing after a cabinet meeting on Wednesday.

The UK government confirmed that GCSE and A-level exams will be cancelled this year due to the pandemic, with pupils instead being graded using teacher assessments.

Education Secretary Gavin Williamson told members of Parliament on Wednesday it is right to “put our trust in teachers rather than algorithms” for generating grades. Earlier, Prime Minister Boris Johnson promised that England’s schools would be the first to reopen after the national lockdown, but warned that restrictions could last months.

The Czech government will decide on extending lockdown restrictions at an extraordinary session on Thursday, according to an emailed statement. The country now has the world’s highest cumulative seven-day number of new cases per million people, according to data compiled by Bloomberg.

Switzerland may extend restrictions through February

The Swiss government plans to keep restaurants, bars and leisure venues shut until the end of February. It will make a final decision after consulting with cantons, or states, on 13 January. The measures were announced in December and set to expire on 22 January. The government will also discuss potential further restrictions with the cantons, including the obligation to work from home.

Switzerland reported 4,808 new cases, with the seven-day average down 7% from a week ago.

Chancellor Angela Merkel’s government pleaded for patience as it pushed back against criticism that Germany bungled the rollout of a vaccine. A shortage of doses at the start of the campaign was expected and stems from production bottlenecks, Health Minister Jens Spahn said Wednesday in Berlin.

Additional production capacity will lead to a “massive” gain in output, he said. Moderna’s vaccine could further ease supplies. Distribution of the shot could start as soon as next week, Spahn said.

Germany’s daily Covid-19 deaths exceeded 1,000 for only the second time since the start of the pandemic. There were 1,009 fatalities in the 24 hours to Wednesday morning, according to data from Johns Hopkins University, bringing the total to 36,757. The number of infections has doubled since the end of November. DM